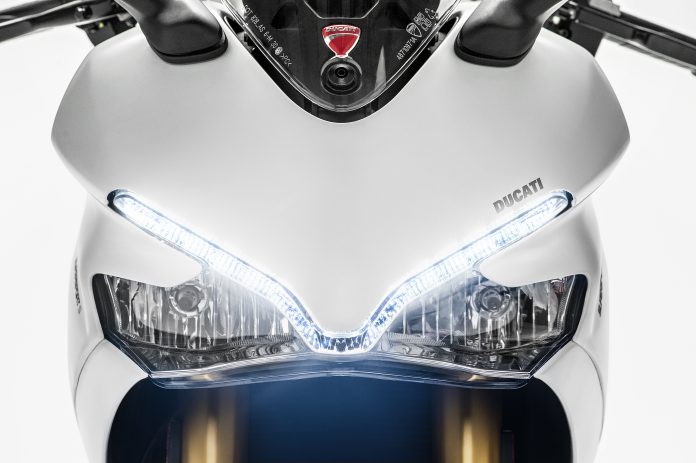 The famed Bologna-based Italian marque that is Ducati didn’t have much to show off in Cologne, Germany earlier this week for INTERMOT 2016 except for the all-new 2017 Ducati SuperSport that is.

This was something we saw coming for quite some time after it leaked during World Ducati Week 2016 earlier this year. Alongside though were several lightly updated models as well.

With EICMA 2016 just a month away, we reckon Ducati is holding back just a bit in order to make a much grander presence on home ground. Here’s what you ought to know about its INTERMOT 2016 debutants. 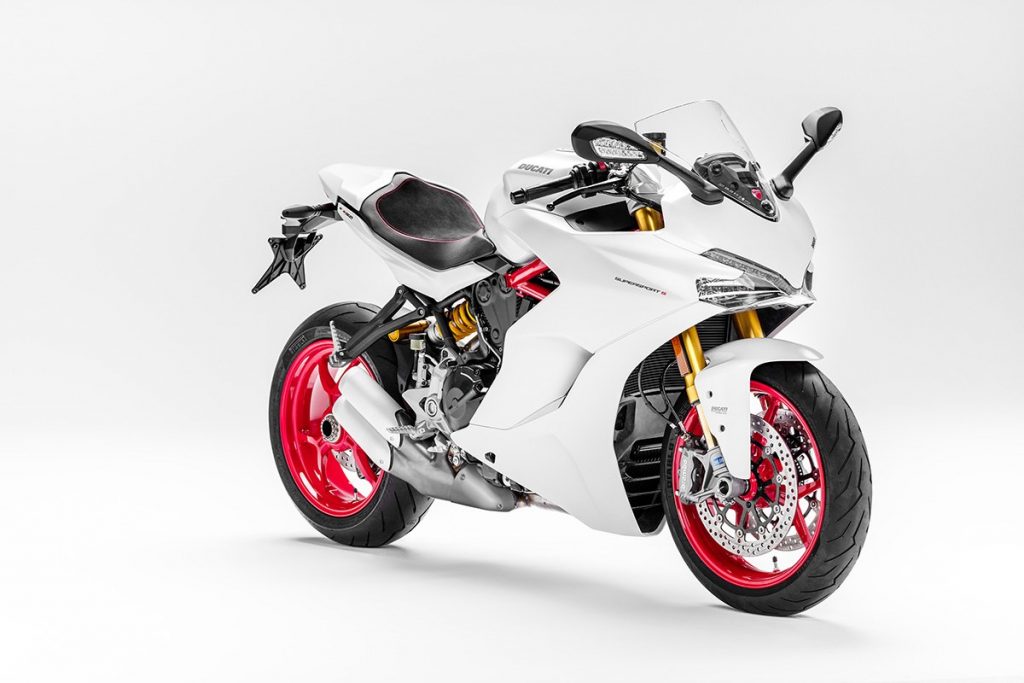 2017 Ducati SuperSport & SuperSport S
Known as Ducati’s worst kept secret of the year, the storied Italian marque revived its long-dormant SuperSport name for 2017. Built as a street-focused sport bike, the SuperSport will appeal to a small but loyal group of buyers.

Available in both standard premium ‘S’ variants, the SuperSport carries all the signature styling of the Ducati Panigale series. However, this isn’t positioned as an entry-level sports bike – there’s the 959 Panigale for that. 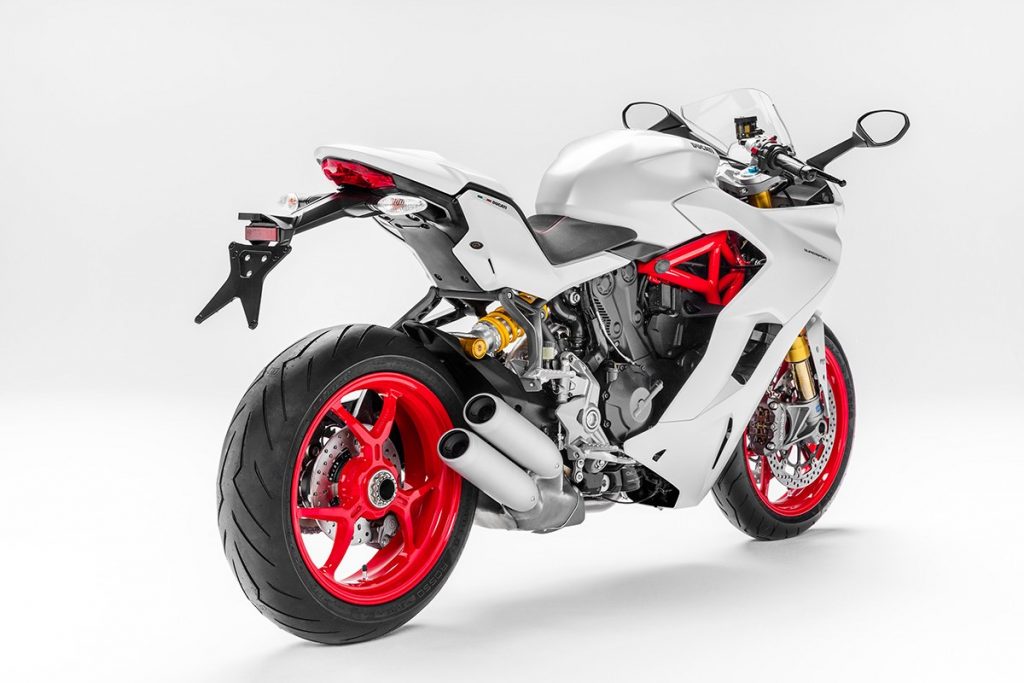 Instead, the SuperSport was developed as a sport touring machine, focusing more on on-road comfort and ride. Powering the SuperSport is the brand’s Euro 4-compliant 937cc Testastretta V-twin from the current generation Hypermotard, outputting 115hp @ 9,000rpm for the SuperSport.

The Hypermotard-derived V-twin does benefit with an altered intake and exhaust system, shifting power lower down the rev range whilst long final drive ratios added. This allows the SuperSport’s mill to deliver 80% of its 96.7Nm of torque at just 3,000rpm. 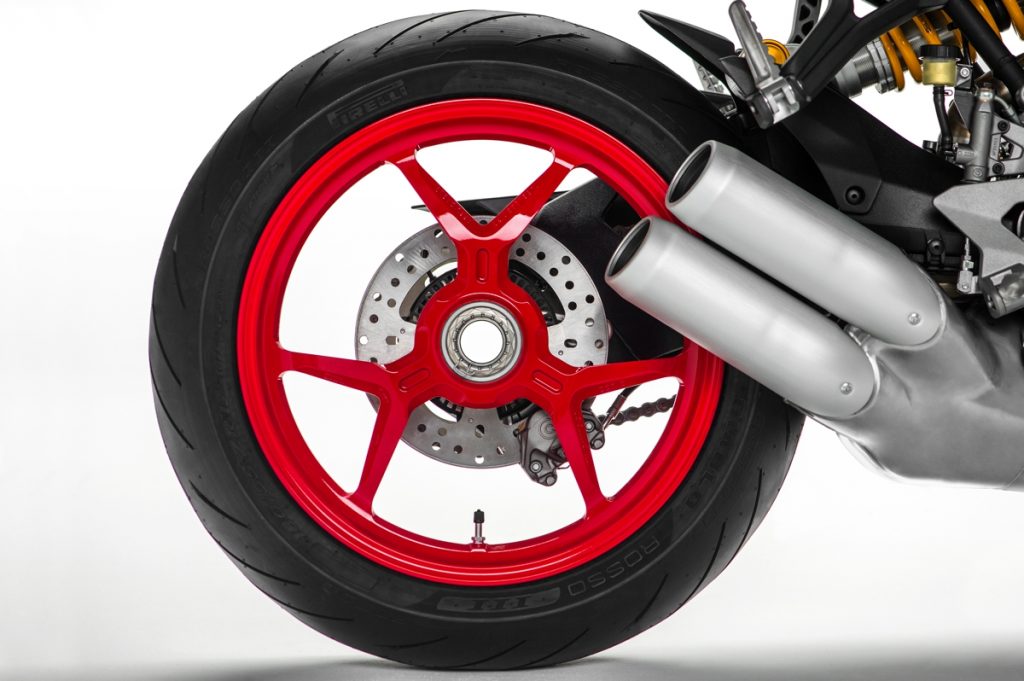 That aside, the SuperSport also mirrors the Hypermotard with its electronics, offering riders selectable engine power modes, ABS and traction control. The specced S, on the other hand, gains further with a bi-directional quickshifter – the first Ducati outside the Panigale range to have it. 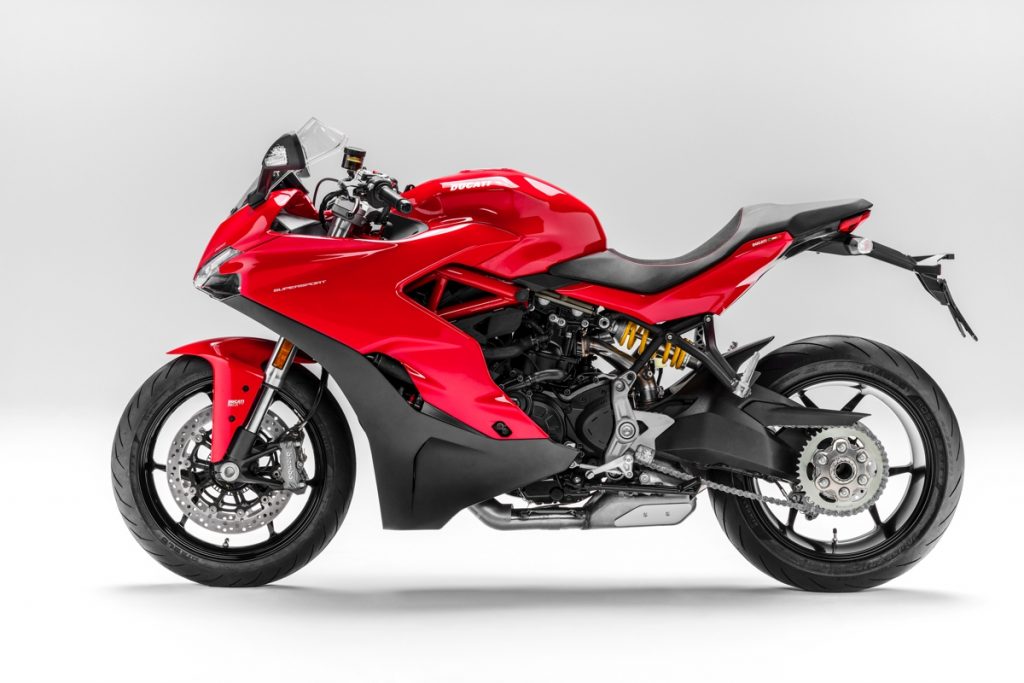 Signature of Ducati, the trellis frame chassis sees the engine acting as a stress member, but the SuperSport’s sporting credentials are secured through its chassis geometry that mirrors the Panigale. Not only capable of 48-degree lean angles, the long wheelbase also adds greater stability. 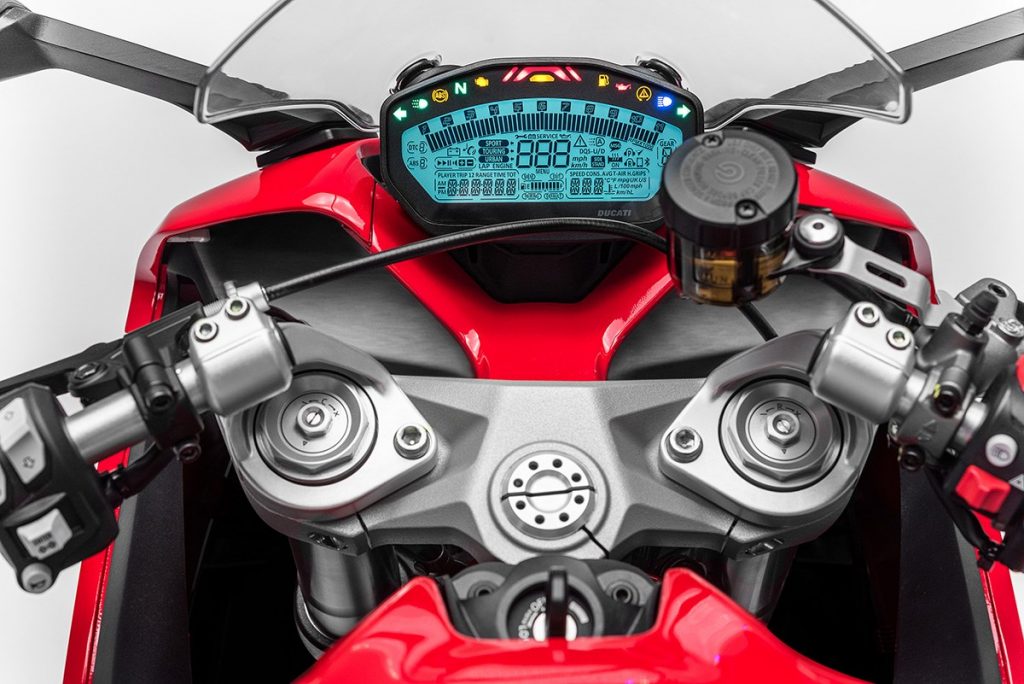 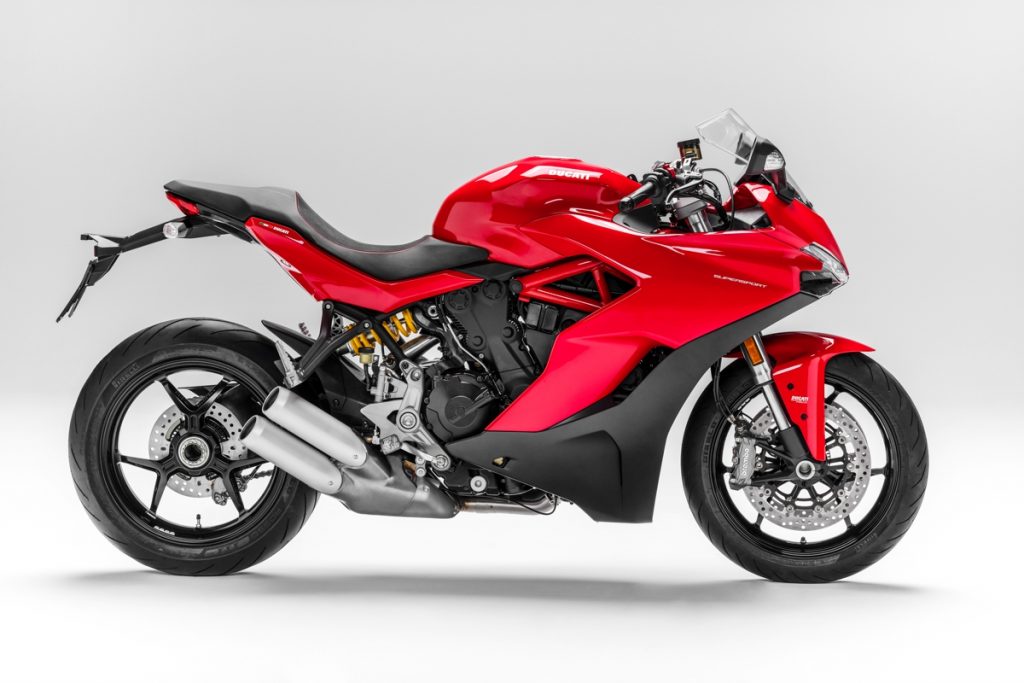 Now comes the SuperSport’s touring capabilities. According to Ducati, the SuperSport’s seat was specially developed to carry pillion riders in comfort and comes with an integrated grab rail though larger ones are available as an option. 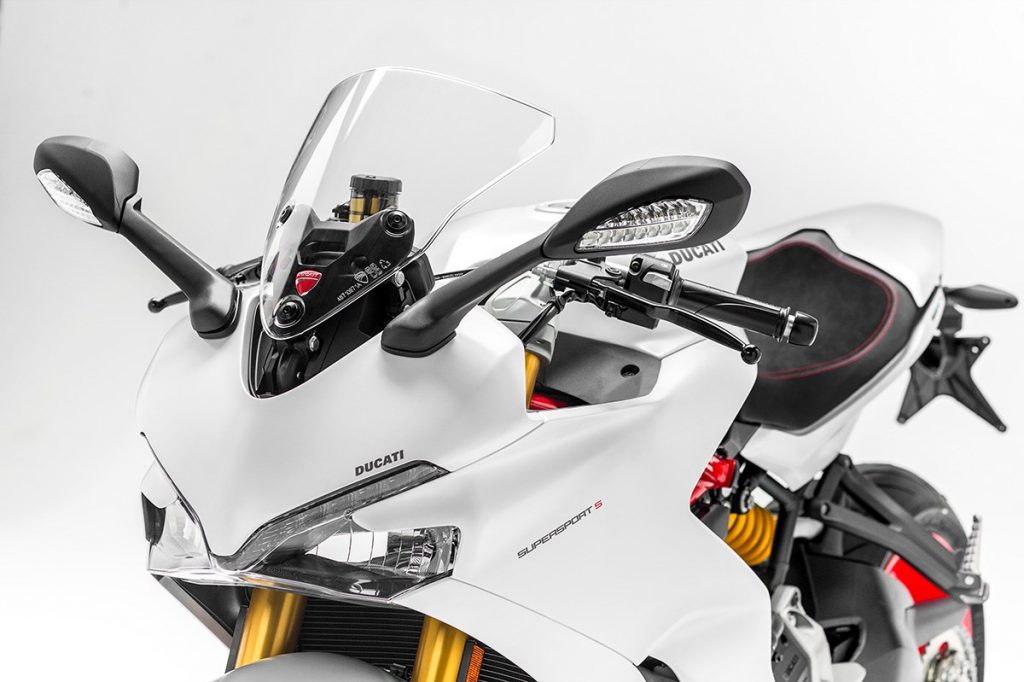 Next comes the two-position adjustable flyscreen, with its tallest position sees it increase up to 50mm in height. The seat height is also adjustable by 20mm higher or lower from the stock figure of 850mm whilst the 16-litre fuel tank is made of steel ensuring easier compatibility with magnetic tank bags. 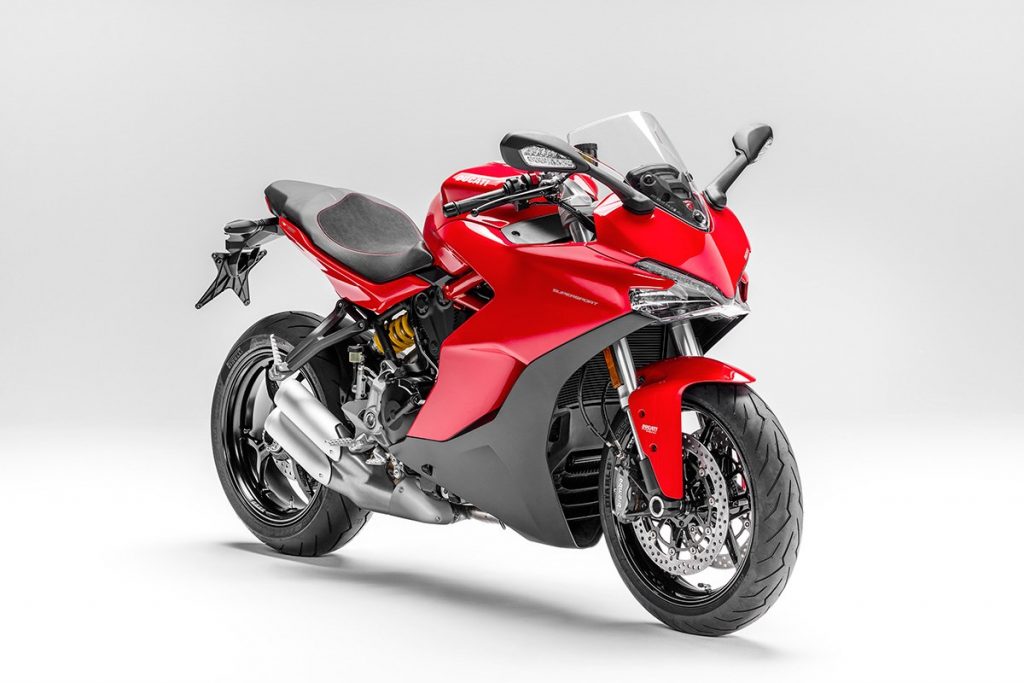 Ducati expects the new SuperSport to outsell its 959 Panigale model, and further estimates that 60% of the model’s sales will be fuelled by the standard variant with the premium S variant making for the remaining 40%. 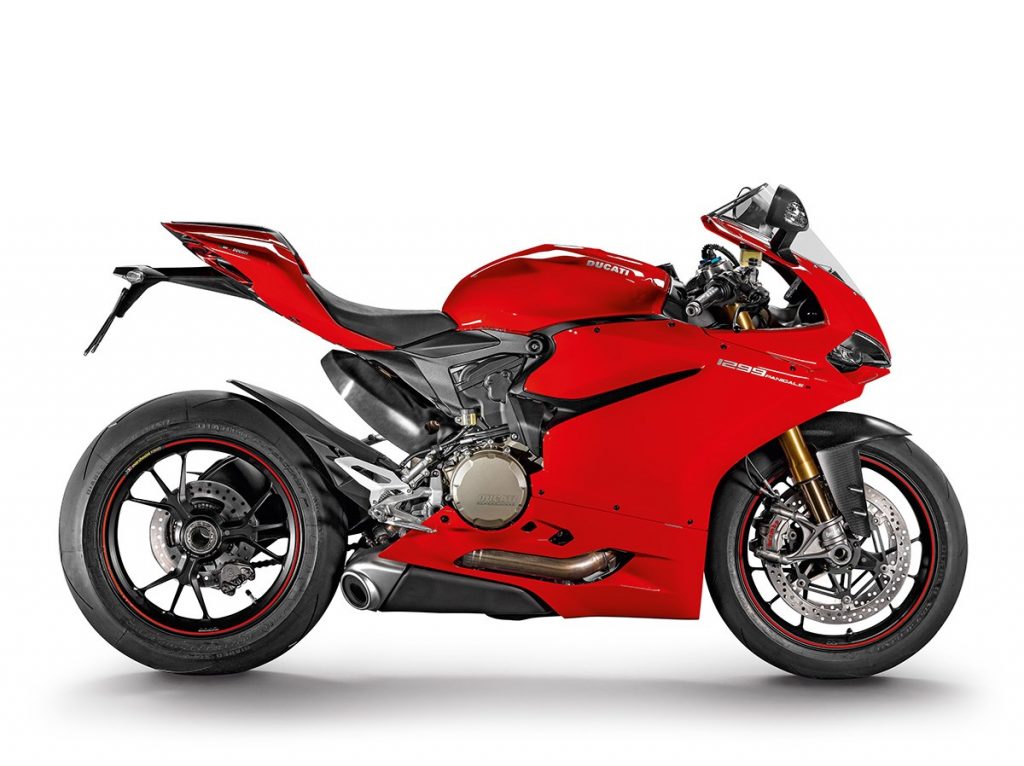 Updated 2017 models
Accompanying the SuperSport in Cologne were four lightly updated models. Leading this was the 2017 Ducati 1299 Panigale superbike that gets updated with the EVO iterations of its electronics derived from the 1299 Panigale S Anniversario special.

Next comes the updated Diavel and Monster 821. Both are now Euro 4-compliant, but the Monster gains a new grey with contrasting red wheels and red frame paint scheme option. 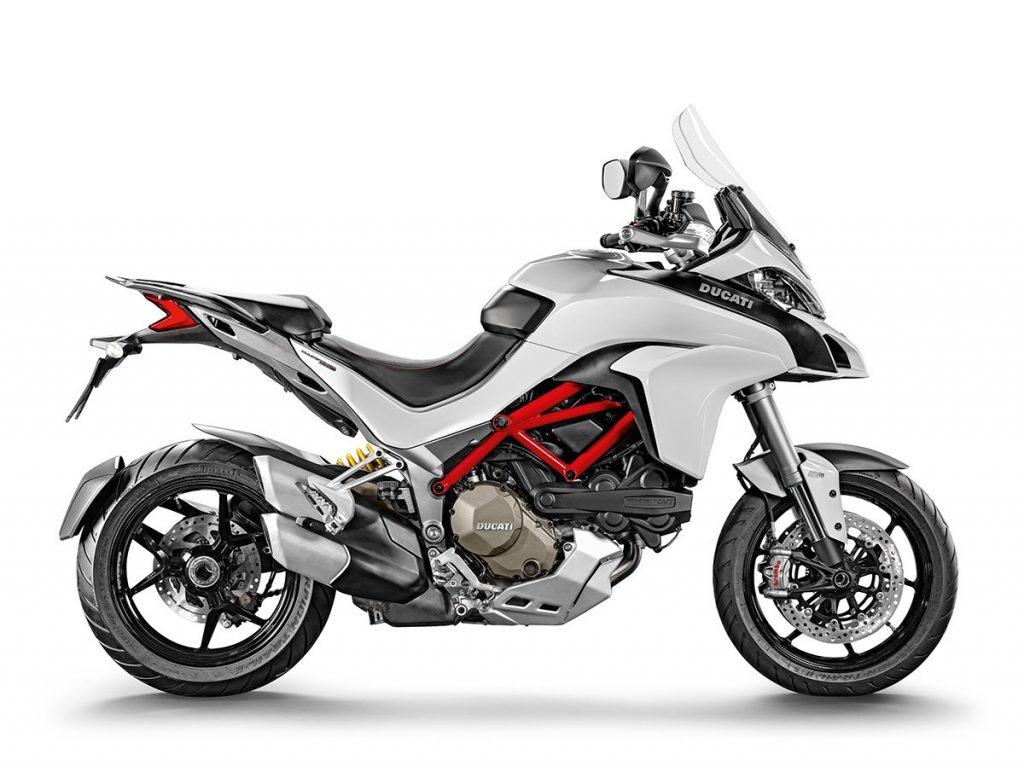 Lastly comes the lightly revised Multistrada 1200. Not only Euro 4-compliant, it also gets a revised air intake and engine settings that optimises mid-range power delivery.