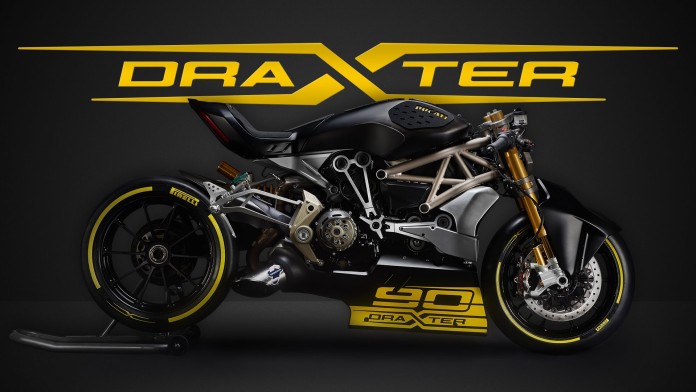 Last year, Ducati made its presence felt during the annual Vero Motor Bike Expo when it showcased a series of Scrambler-based design concepts penned by some of the biggest names in custom motorcycle building. This year, Ducati again arrived in style, this time debuting this radical and extreme Ducati draXter concept bike during the annual show held last weekend. 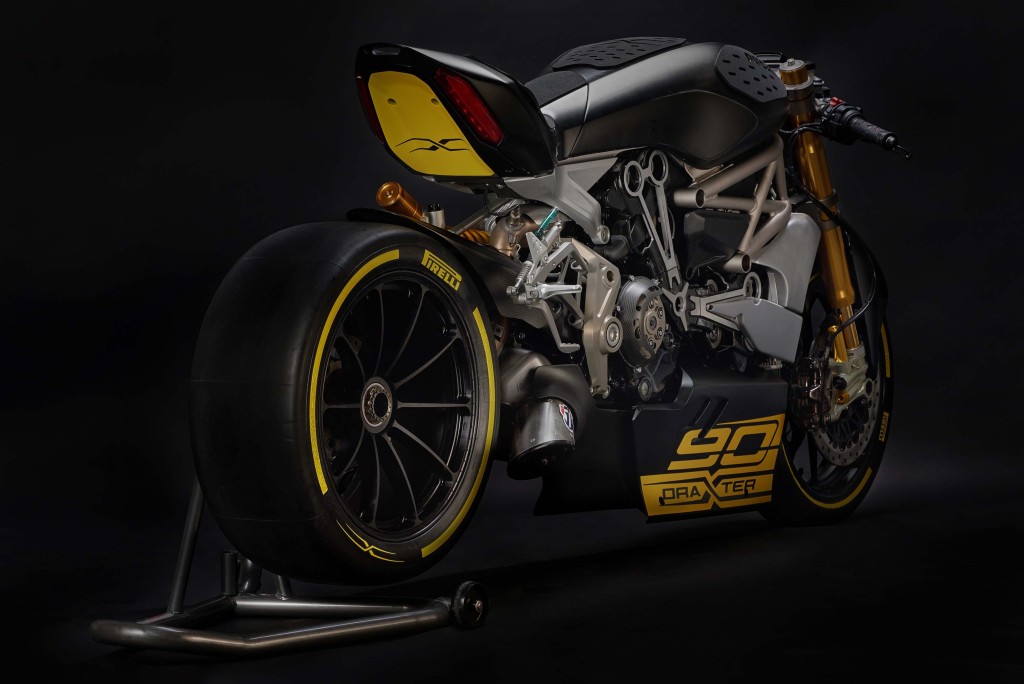 As you can tell by its name, this concept is based on the new XDiavel belt-driven cruiser model that is hitting showroom floors this year. The concept however sees the XDiavel transformed into a drag racing bike. The concept was done styled and designed in-house by the Advanced Design division of the Ducati Design Centre. 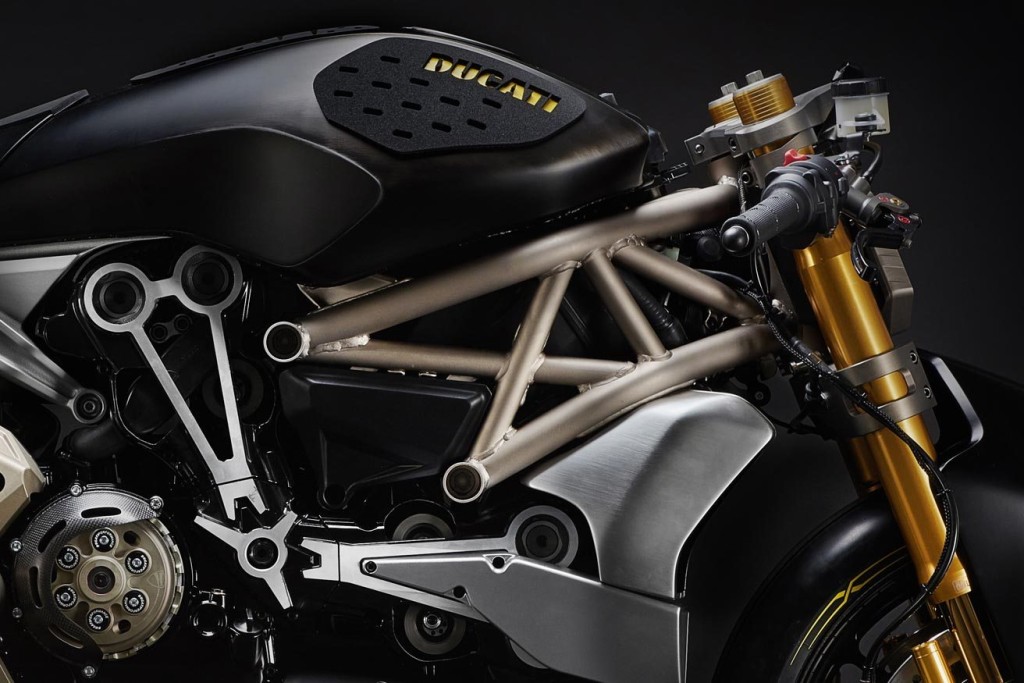 The Ducati draXter concept sports several radical modifications from its XDiavel basis. The suspension and brakes comes straight off the brand’s flagship Panigale superbike. It also sports an enormous Termignoni exhaust that exits at the underside of the bike. 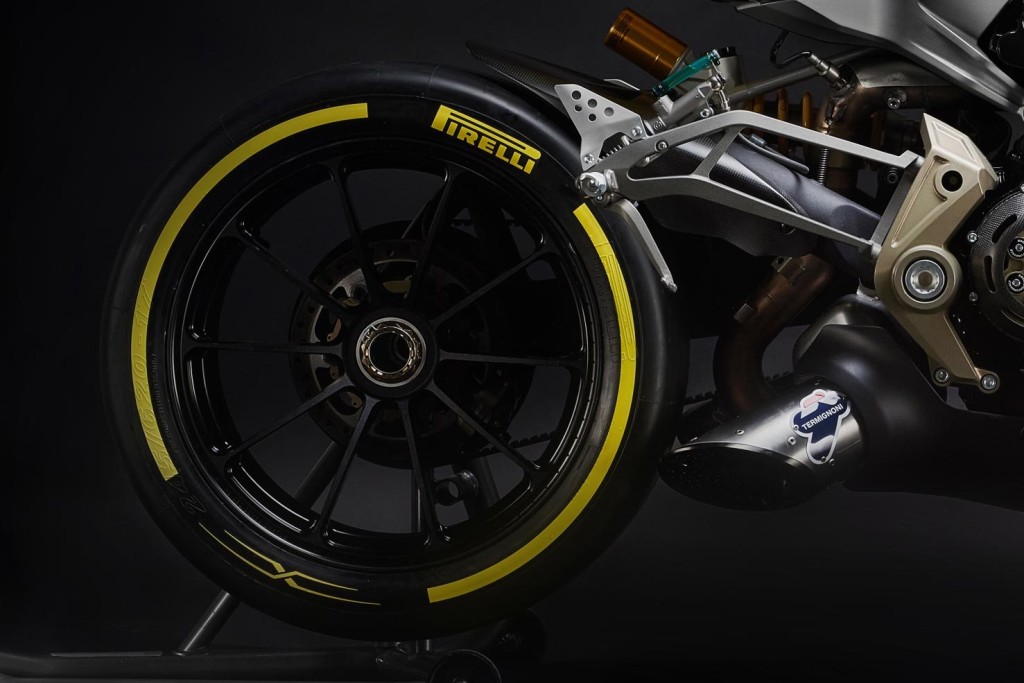 Completing the drag racer looks is an ultra-wide section slick rear tyre from Pirelli, as well as decals with a racing number of ‘90’ – denoting Ducati’s 90th anniversary celebrations this year.

Though radical, this alternate outtake of the Bologna-based brand’s new belt-driven cruiser looks enticing indeed. Sadly though, the chances of this concept being replicated into the production XDiavel seem highly unlikely.