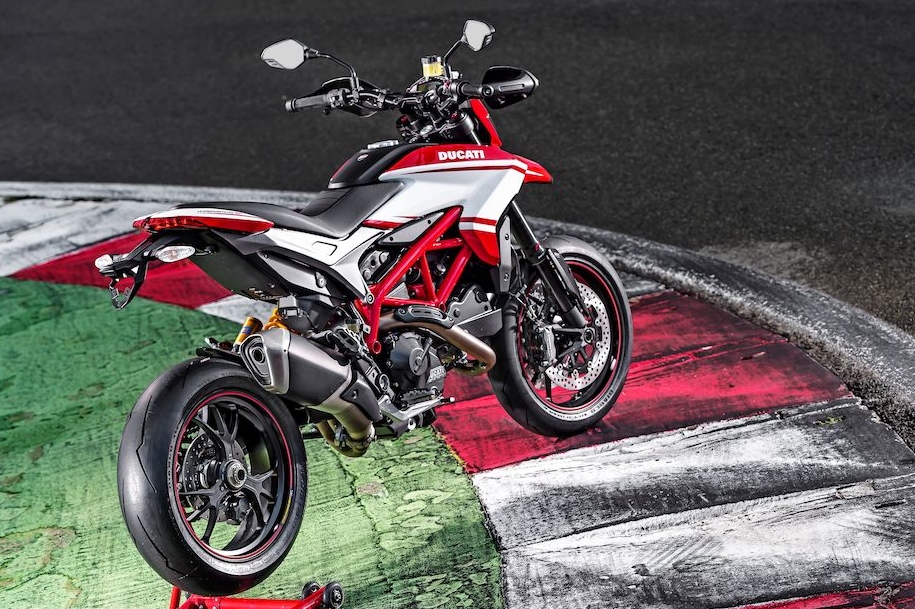 Based on the company’s own Pikes Peak 1200S Multistrada colour scheme, the Ducati Hypermotard SP was revealed to the public at the World Ducati Week 2014 by World Superbike Champions Troy Bayliss and Carlos Checa.

This bad boy comes with multiple riding modes and eight level-traction controls just to have it transfer the 110hp developed by the 821cc Testastretta engine efficiently to the ground.
A hard task considering that the SP only weights around 171kg which gives it a big boost on its power to weight ratio.

The new colour scheme will be available starting this September.