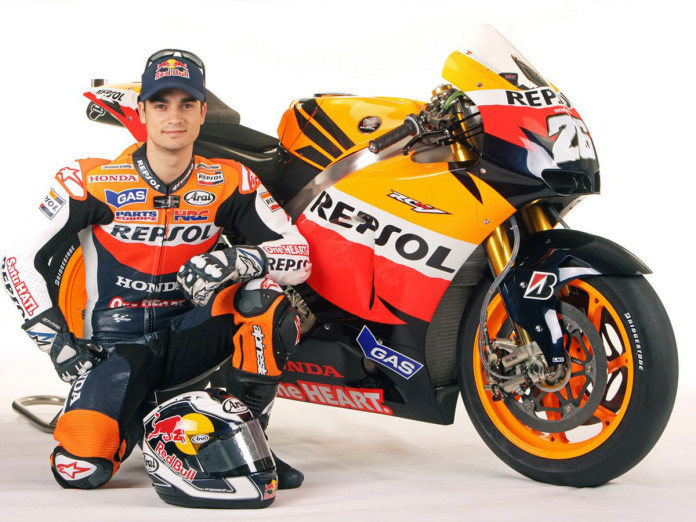 Honda factory rider Dani Pedrosa seems set to beat Maverick Vinales to the dream seat at Yamaha and to be Rossi’s teammate for 2017 and beyond.

With Lorenzo confirmed at Ducati for the 2017 season, speculation is mounting on who will be joining Rossi at Yamaha next year.

While the favourite has been the young star Maverick Vinales currently riding for Suzuki, word from the MotoGP paddock is now suggesting that Dani Pedrosa could be set to make a shocking move from Honda to Yamaha.

According to MCN, Vinales was the clear favourite to replace Lorenzo at Yamaha, but the talks have fallen through after “hardball salary negotiations”. Pedrosa seems to be the new clear favourite after 11 seasons at Honda.

The move to secure Pedrosa makes perfect sense for Yamaha; replacing Lorenzo with a rider who has a similar riding style to the Spanish World Champion, and one who has a reputation as the dream teammate. This could work out very well for Rossi in his personal quest to secure a 10th World Championship.

But who will replace Pedrosa at the Honda factory team? Well our source says that this could be the chance British rider Cal Crutchlow to have a second go as a factory rider at Honda considering Crutchlow already has a good relationship with Honda.