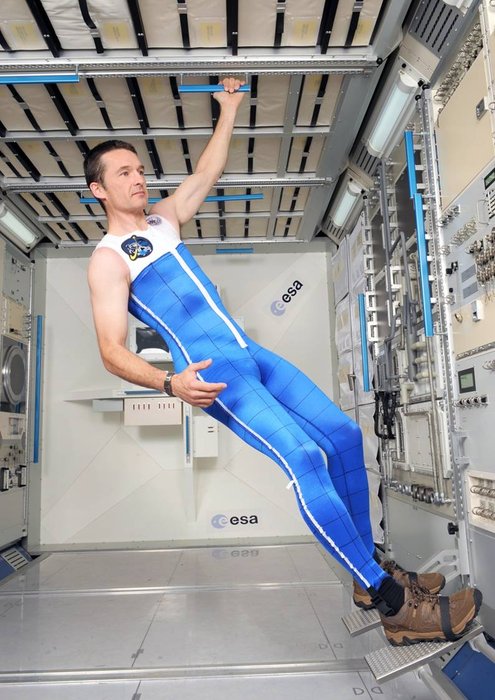 Dainese has developed these space suits in partnership with both NASA and the European Space Agency (ESA). They are designed to keep astronauts safer in the harsh conditions of space. 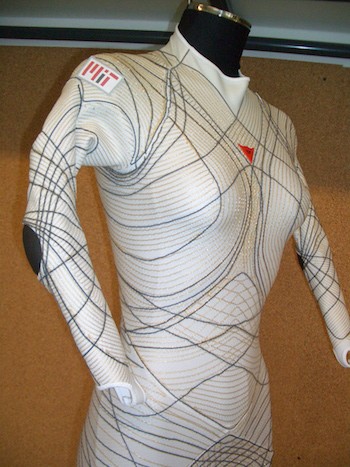 The project came about after NASA developed an interest in Dainese’s work with various hospitals in the study of the human anatomy. Dainese’s study here was focused on the different body lines and how to control it. Using the company’s knowledge through a collaboration with the famed MIT research institution, it resulted in the creation of the special ‘bio-suits’ pictured above. 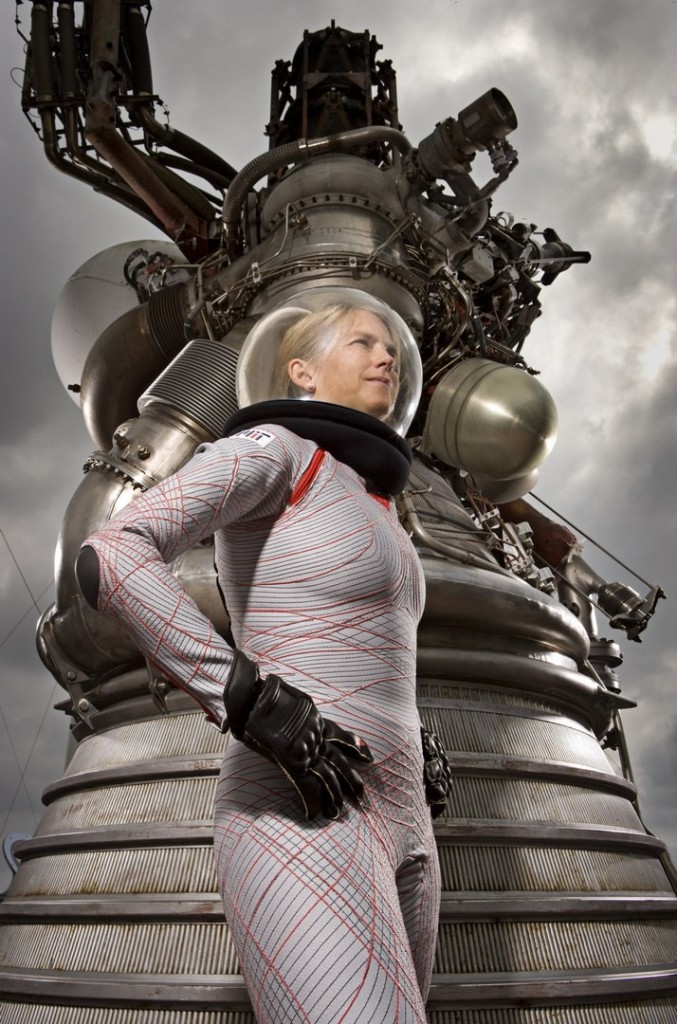 It is essentially an advanced pressure suit, with the intricate lines covering it representing the “lines of non-extension” – body parts that neither stretch nor contract during movement. The lines on the suit can be mechanically pressurised to compress against the body, but do so without restricting mobility. 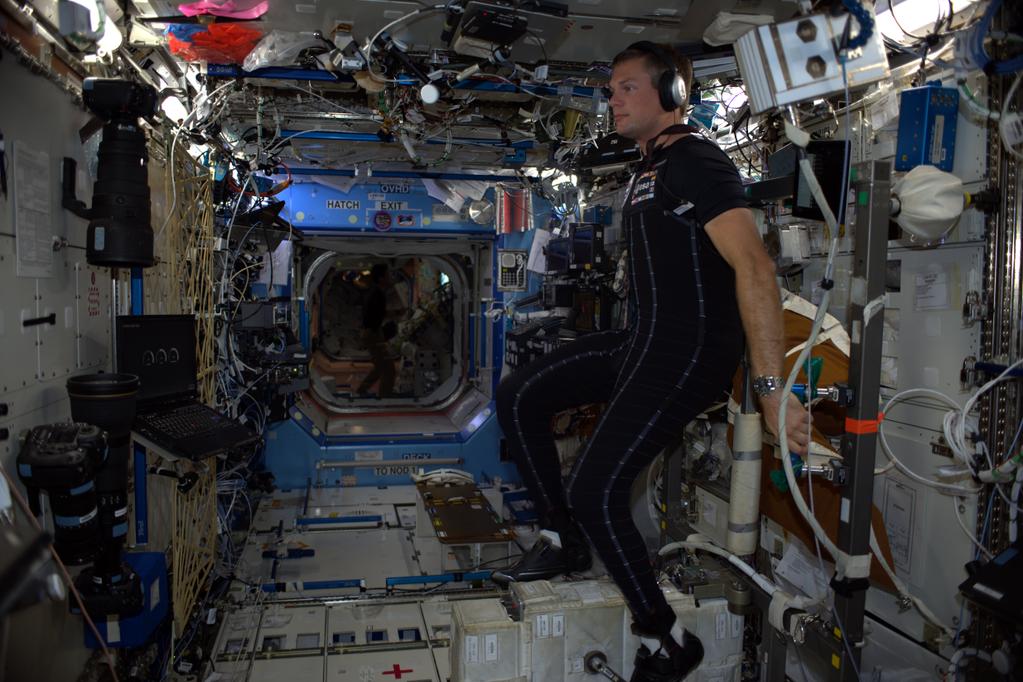 Impressed with the bio-suit, ESA then got Dainese working on another kit designed to tackle a slightly different need. Here’s an interesting fact: astronauts returning from long stints in zero gravity of space end up spending time on a wheelchair for several days recovering from herniated discs and spine elongation. 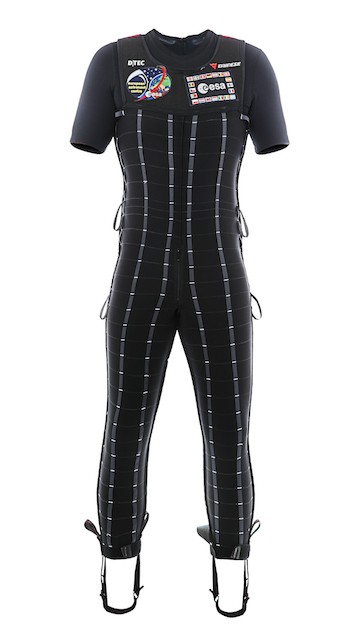 Post-space trauma data supplied to Dainese by ESA led towards creating this black skinsuit. It is made mostly using four-way elastic stretch material, boasting a rigid upper section as well. The suit compresses from shoulders to feet to re-create the effects of gravity on the body.

The grey lines running the length suit are nylon belts whilst the white lines running horizontally are tasked with constriction duties. Positioning of these lines are customisable to each individual, which are determined based on studies from ESA on the optimal placement. 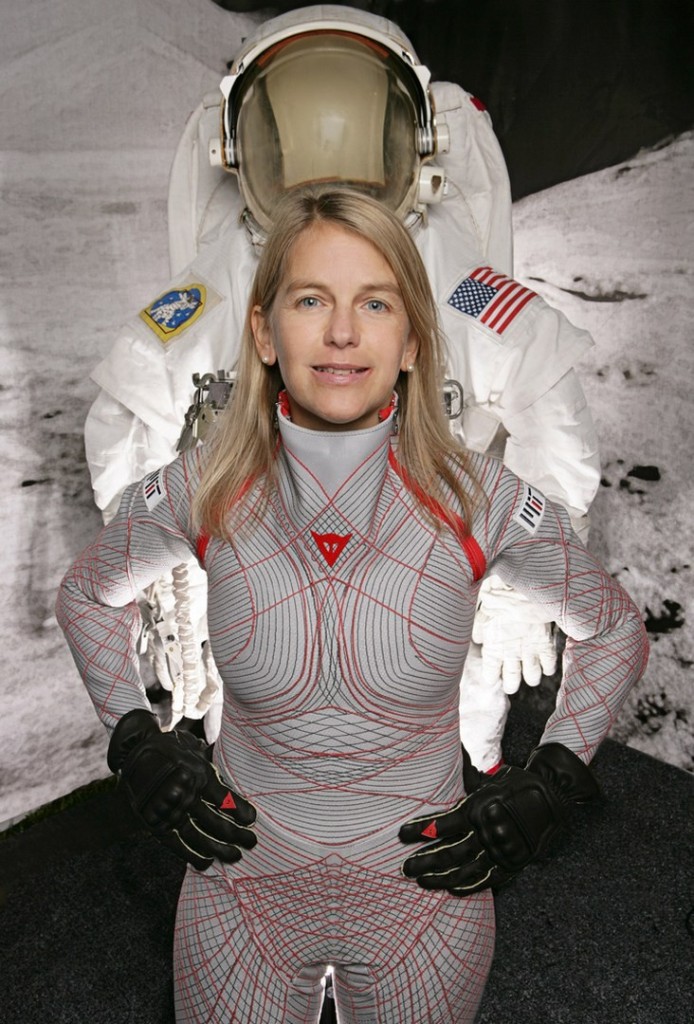 Crucially, the technologies developed in both the bio-suit and skinsuit will eventually make its way down to bikers here on earth in the foreseeable future. Dainese are reportedly looking at using some of the new fabrics and compression technology for application in some of their upcoming touring gear.

This will no doubt add to Dainese’s impressive list of firsts in the motorcycle world. Lets not forget that Dainese was the first to develop the first motocross pants in 1972, the first back protector in 1978, the introduction of knee-sliders in 1980, the aerodynamic hump in racing leathers in 1988, toe sliders in 1993, carbon fibre and Kevlar gloves in 1995 and, of course, the Dainese D-Air Armor airbag system in 2000.