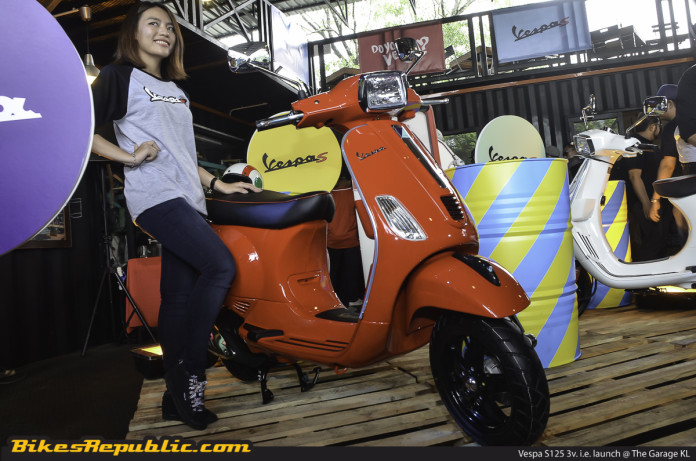 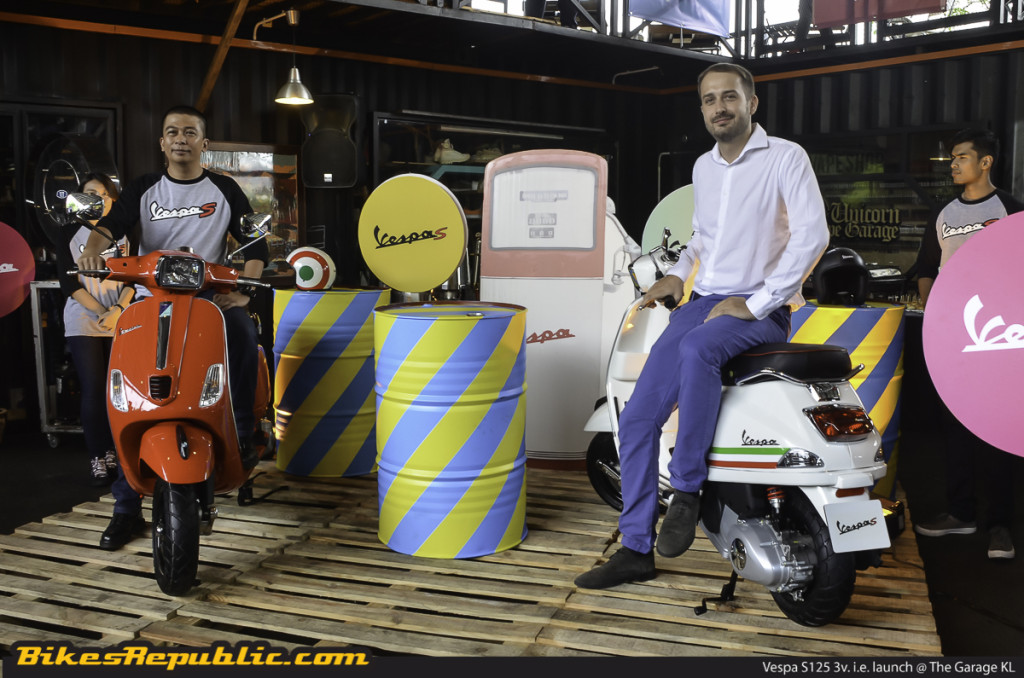 Authorised Malaysian importer and distributor of Vespa motorcycles Naza Premira Sdn Bhd today marked the debut of its latest offering in the form of the sporty new Vespa S125 3v i.e. during a press launch held in The Garage KL. 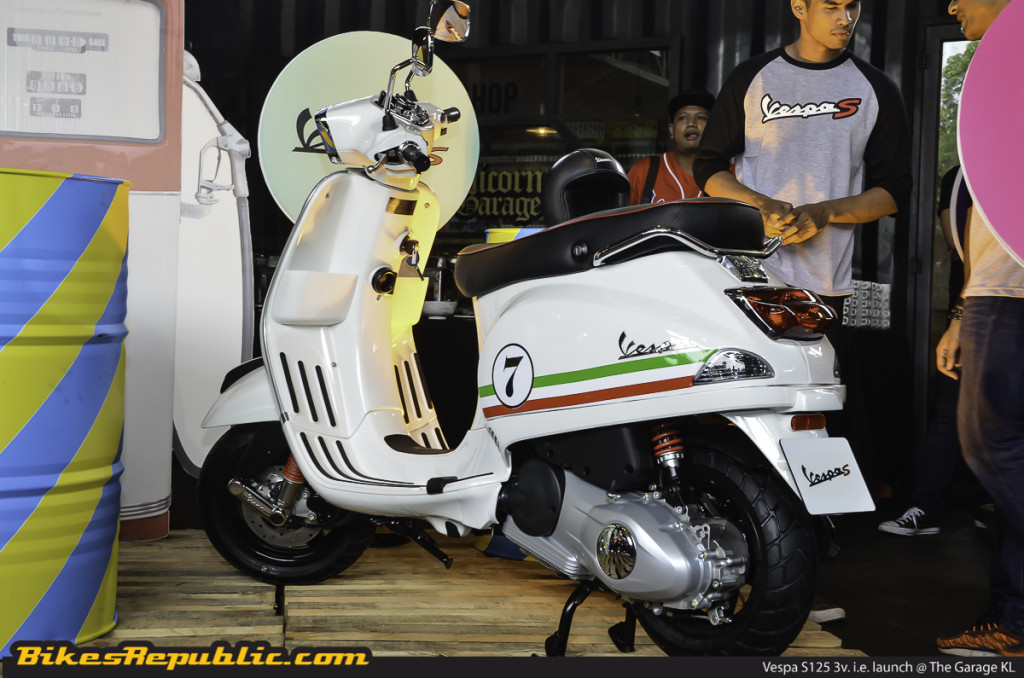 The Vespa S125’s arrival is something many of the brand’s fans and purists have welcomed with great fan fare. This being a ‘sporty’ model, the S125 slots below the 155cc-powered Sprint and shares a similar outlook as well, most notable being its square headlamp shape. 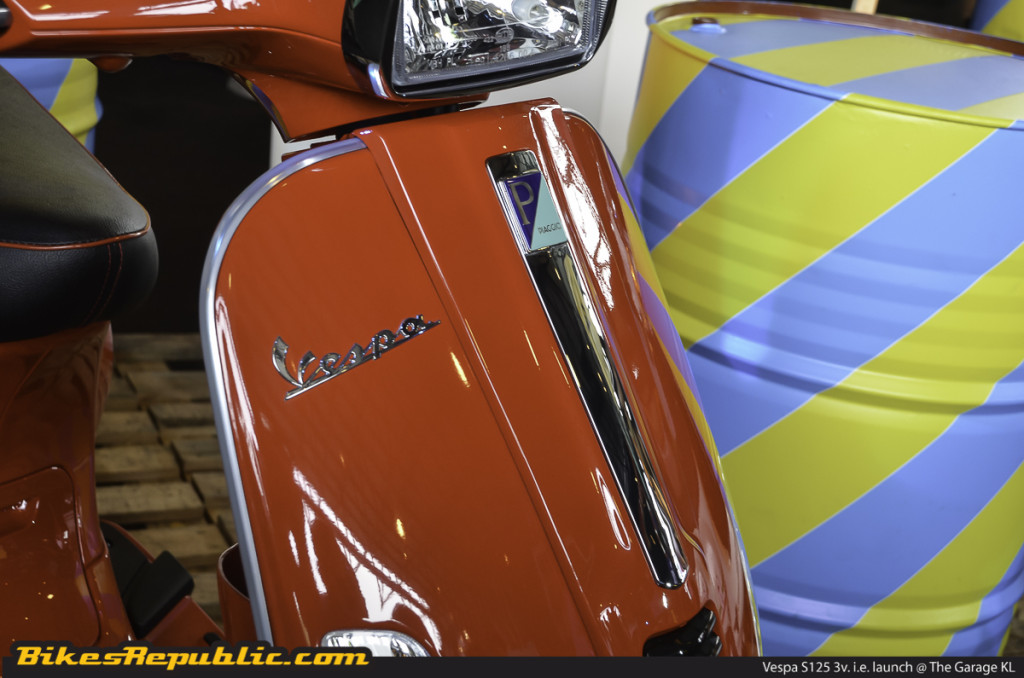 This is a new generation Vespa model so it gets treated with the brand’s modern new front fascia that features a new mask with a ‘tie’. Matching that and the square headlamp are the prominent mudguard design and saddle profile, as well as the red-painted shock absorbers and retro-styled instrument panel with chrome surrounds. 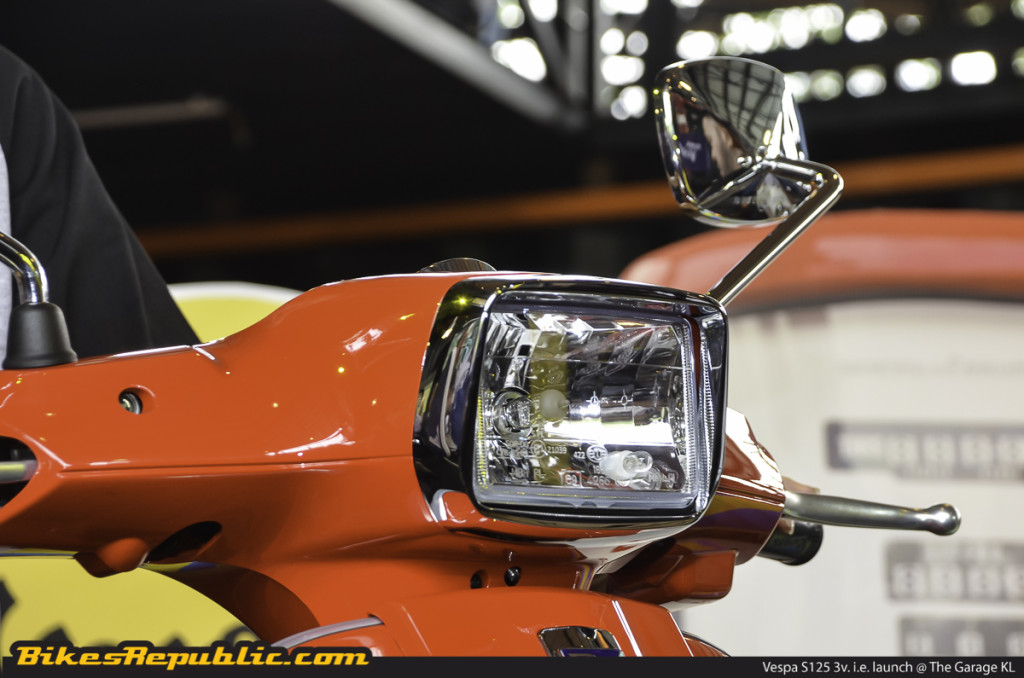 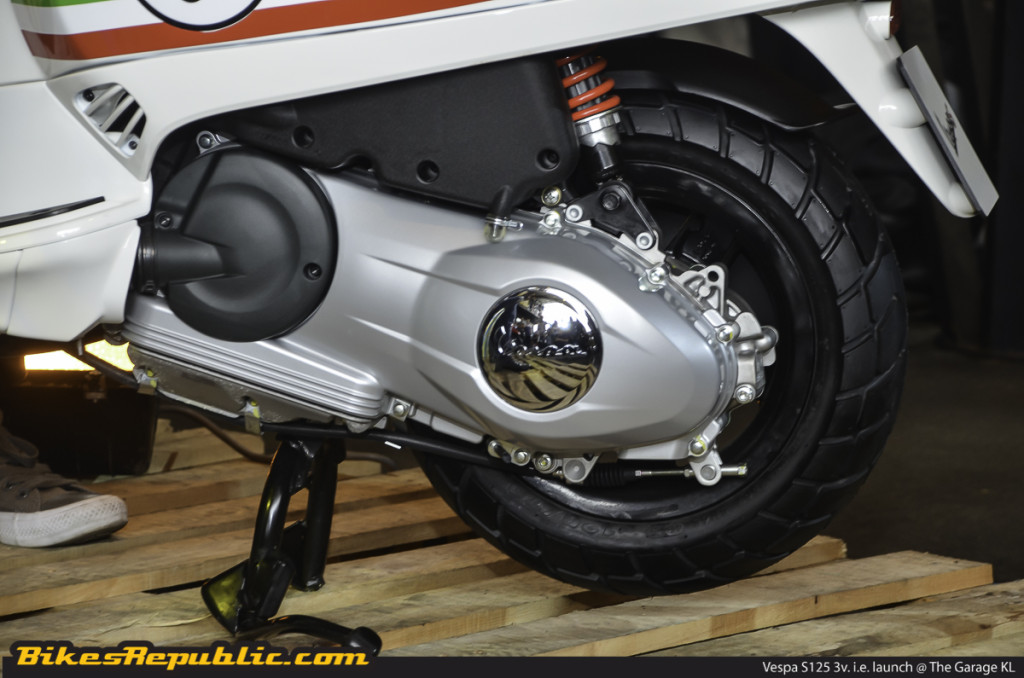 As the name suggests, the Vespa S125 is powered by Vespa’s new air-cooled 124cc four-stroke three-valve single-cylinder single-cam engine primed with electronic fuel injection that makes 11.6hp @ 8,250rpm and peak torque of 10.7Nm @ 6,500rpm. The mill is paired with a CVT automatic box primed with a dry centrifugal clutch and torque server.

The specifications scan posted below should explain the Vespa S125’s technical details in greater light. 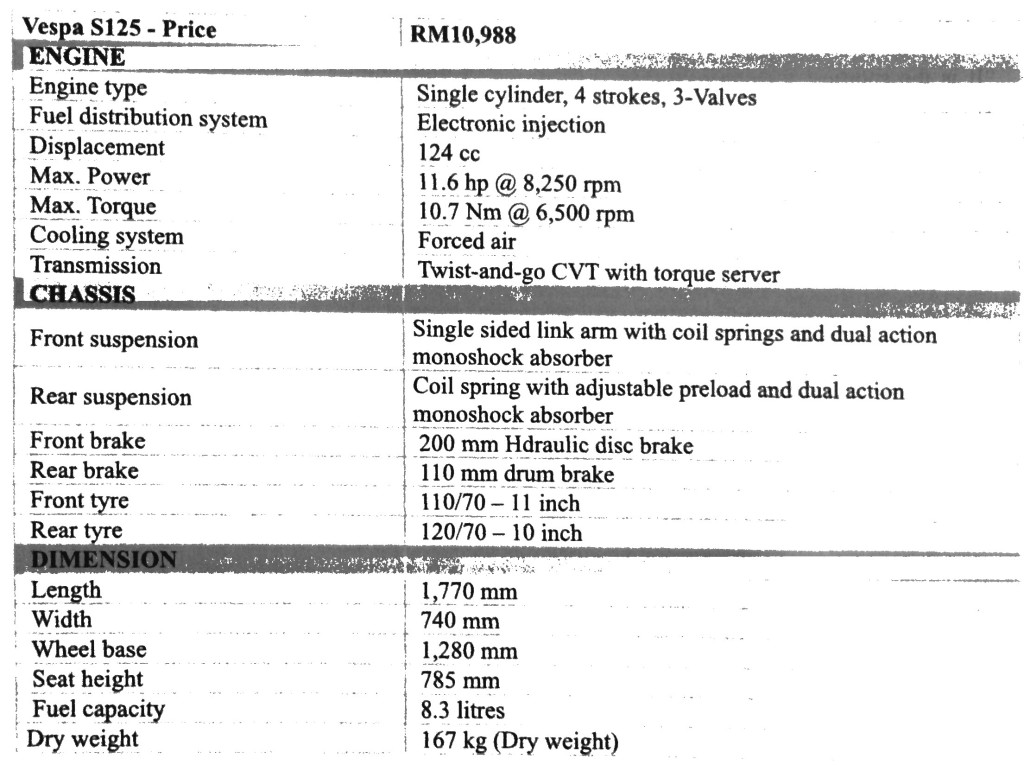 Just like its 155cc brethrens, the S125’s 124cc powertrain is optimised for performance, fuel efficiency and low emissions as well. There is a new crankshaft and a pivoted cam axle on the bearings and roller rockers that significantly reduces friction, promising a smoother ride too. 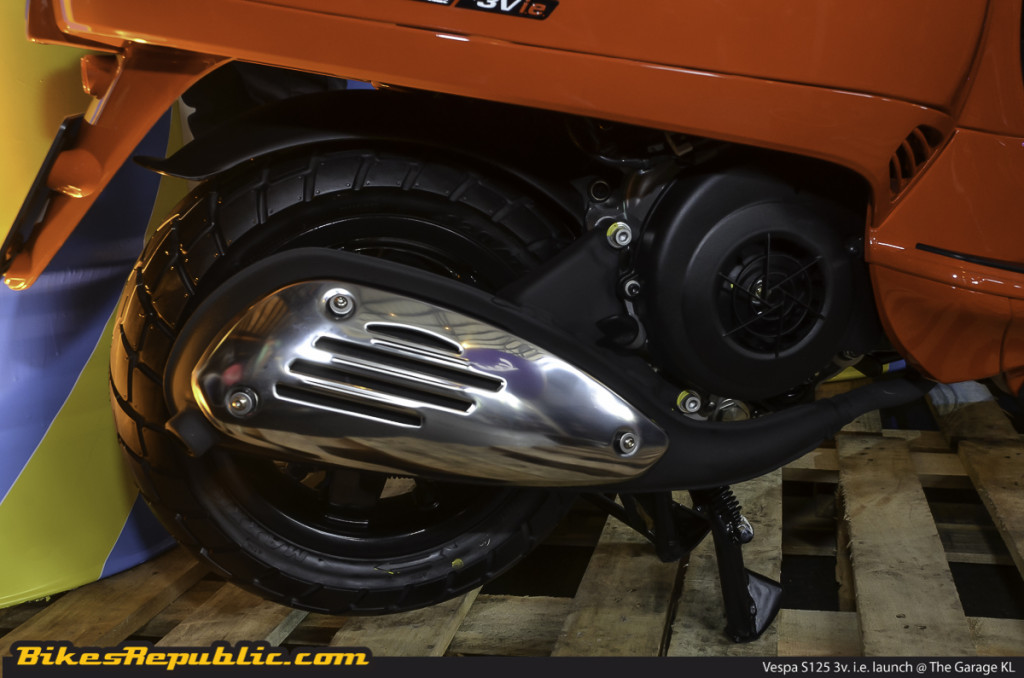 Furthermore, Vespa highlights that this new three-valve motor weigh less than the two-valve unit it replaces, offering a 7.1% power improvement and 10.3% increase in torque. What this translates into as well is a 2.2% increase in speed whilst fuel efficiency is drastically increased by 30% as well. 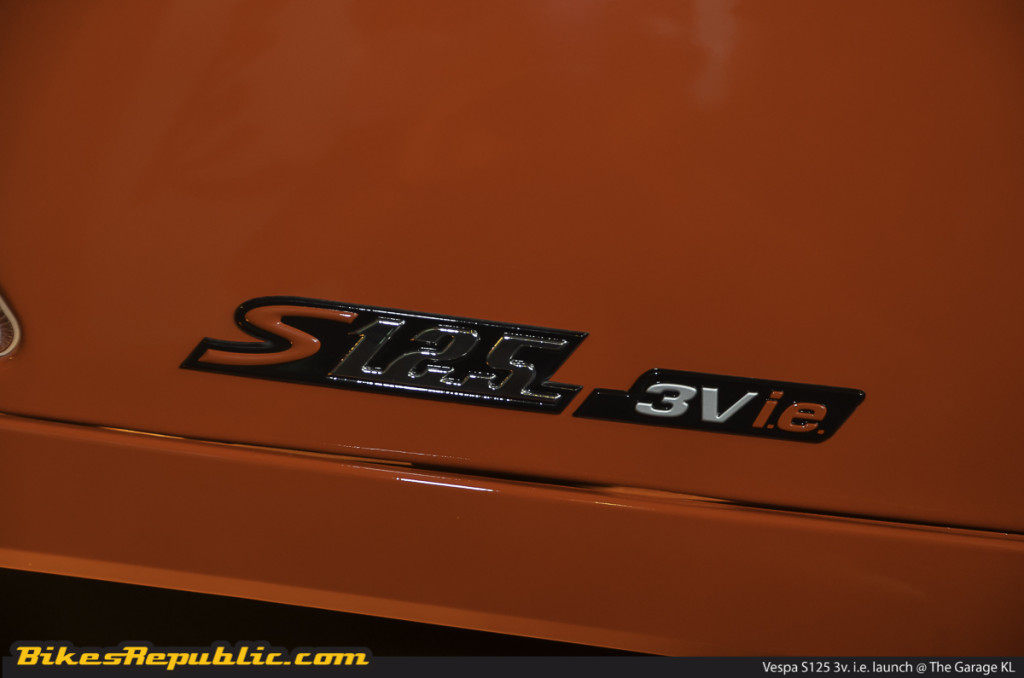 Said price includes a two-year manufacturer’s warranty plus a one-year AAM Bike Assist membership. On top of that, Naza Premira states that the first 70 units will also get a limited edition decal set too.