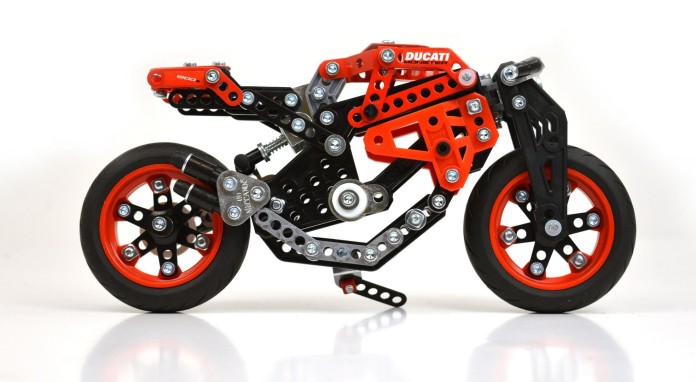 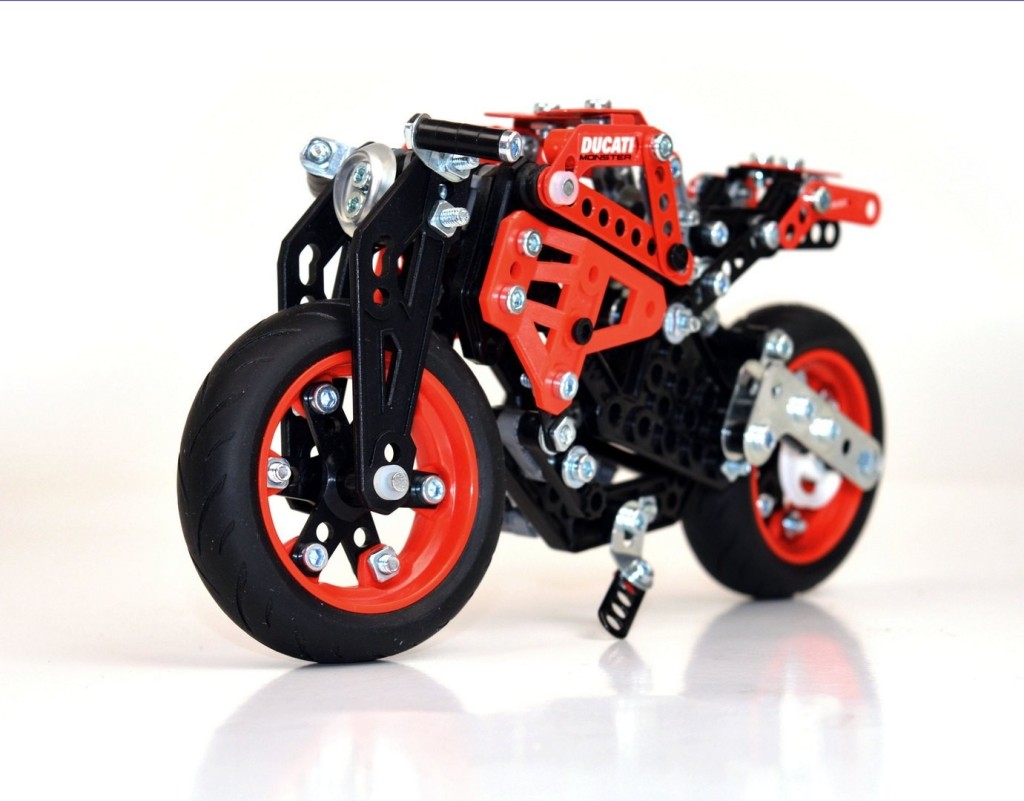 Want to start your kid’s love for Ducati early? Then you need to get yourself this – the Meccano Ducati Monster 1200 S building set. This is surely one toy that both passionate biker parents and kids can immerse into.

This Ducati Monster 1200 S kit is the first of a planned new range of building sets by the Meccano brand. Its parent company, Spin Master Corp., recently inked a licensing deal with the famed Bologna-based two-wheeled marque for a special new range of Meccano Ducati building sets. 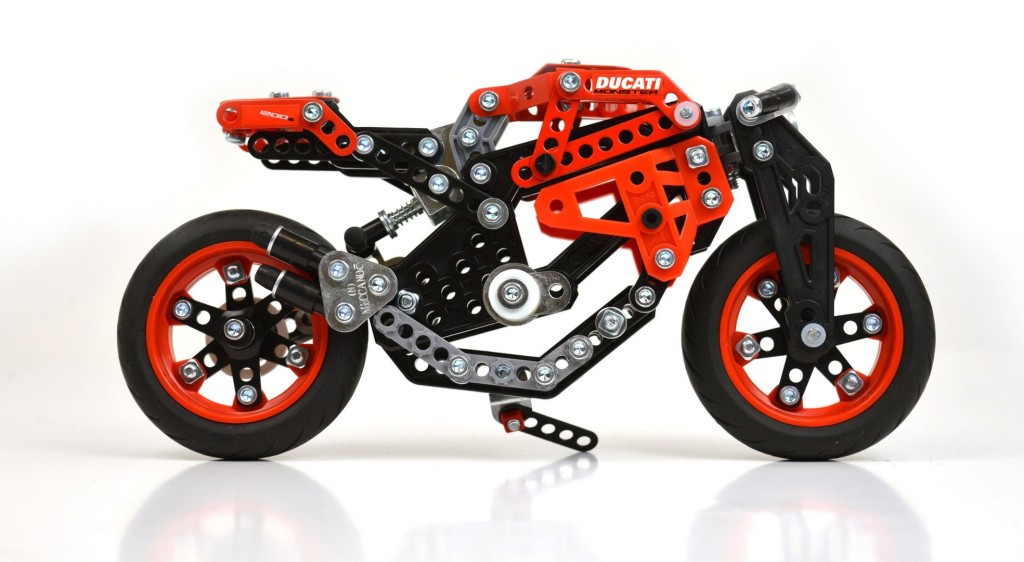 The Meccano Ducati Monster 1200 S building set contains more than 290 parts, offering an excellent building experience as how most Meccano kits do. Some of the pieces in this kit includes coil-spring suspension, multi-piece wheels, as well as a real steering system that adds an even more authentic feel with this toy. Other notable components include the replication of the actual bike’s staggered twin-pipe exhaust, as well as a side-stand that functions.

Ducati states that the Meccano Ducati 1200 S building set is now available for purchase with major toy stores and chains. Ducati and Spin Master Corp. hasn’t disclosed as to how many model types and how many units of these kits will be made, but we can definitely expect it to include other models such as the Diavel cruiser and Panigale superbikes.