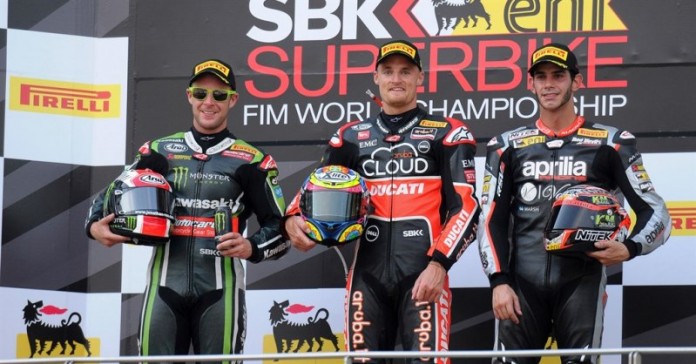 English riders Jonathan Rea and Chaz Davies reigned supreme during race 1 and 2 respectively at the Pirelli Malaysian Round of the eni FIM Superbike World Championship in Sepang last weekend.

In the beginning stages of race 1, it looked like Tom Sykes (Kawasaki Racing Time) was on his way to  the chequered flag as he was ahead of Chaz Davies (Aruba.it Racing – Ducati SBK Team) and Jonathan Rea (Kawasaki Racing Team) by approximately 3 seconds, Sykes’ tyres gave way with 4 laps remaining, allowing Davies and Rea to overtake him.

The battle between them lasted all the way until the last corner, where Davies managed to overtake Rea, only to get overtaken again right before the finishing line. In fact, the pair swapped places three times on the final lap before the last corner. The victory at Race 1’s marked Rea’s 10th win this year.

The winners aside, the closest on track fight was between the Aprilia pairing of Leon Haslam and Max Biaggi who were dicing for 5th and 6th. 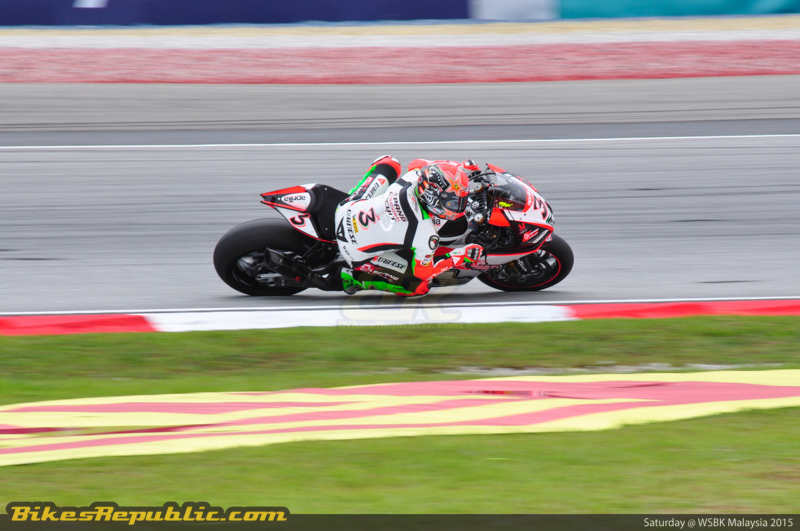 Wildcard entry Max Biaggi, who represented the Aprilia Racing Team on the other hand finished third, claiming a historic 71st podium finish, extending his own record of being the oldest rider to ever stand on a WorldSBK podium.

Sylvain Guintoli also claimed a season best 4th after his Pata Honda appeared to be kinder to its tyres while Poleman Sykes dropped to 5thafter setting a blistering pace that saw him shatter the lap record in the early stages.

Alex Lowes was 6th aboard the Voltcom Crescent Suzuki ahead of Leon Haslam (Aprilia Racing Team), Althea Racing pairing Matteo Baiocco and Niccolo Canepa, and Jordi Torres (Aprilia Racing Team) who dropped from what looked like a safe 4th to 10th in the final few laps.

In Race 2, it was drama at the first corner itself as Max Biaggi (Aprilia Racing Team) crashed out of contention. The next drama occurred when former champion Tom Sykes crashed at Turn 9 with ten laps to go. This was a big blow to Sykes as it ended his championship ambitions for 2015.

Up front, the battle this time was once again between Chaz Davies and Jonathan Rea. Thanks to his consistent pace until the end, Davies was able to secure his 3rdvictory in four races, moving into 2nd overall in the championship standings. Jordi Torres of the Aprilia Racing Team finished third, claiming his second podium finish of the season.

Sylvain Guintoli (Pata Honda) scored another 4th position, his best weekend of the season ahead of team mate Michael van der Mark who made up for his race one retirement with a fine 5th. 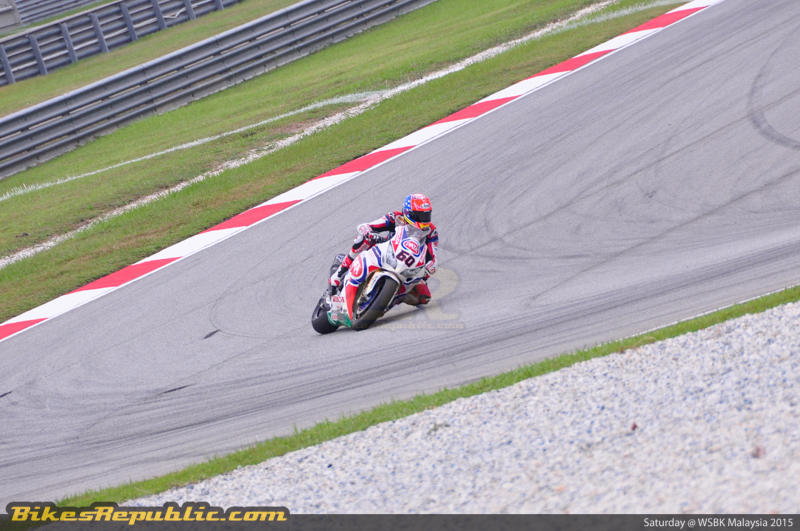 Leon Haslam was 6th on his Aprilia Racing – Red Devils machine, finishing a tenth behind the Dutchman.

After the action in Sepang, the race for overall title has gone all wrong for Tom Sykes, who was almost 90 points ahead of the closest competitor last week. Well, looks like he has nobody else to blame except himself, or maybe his tyres.

The overall leader now is Jonathan Rea of Kawasaki Racing Team with 452 points, followed by Chaz Davies of Aruba IT Ducati team with 308 points. And then we have Tom Sykes with 295 points.

The next round will be taking place at the Circuito de Jerez in Spain, on September 20th.