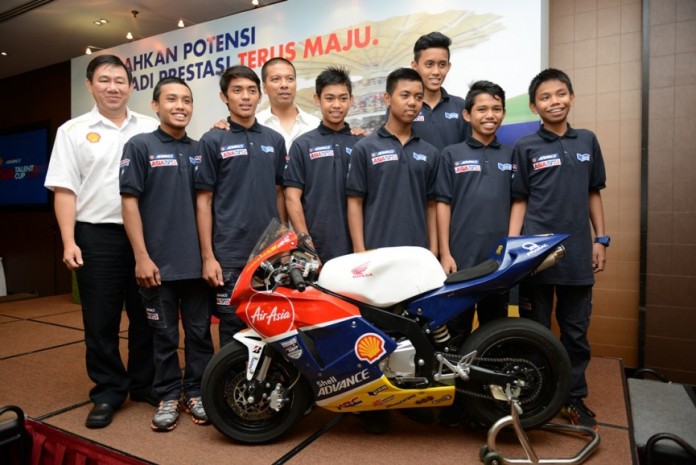 Great news for aspiring MotoGP™ riders from 13 to 20 years of age! The ultimate talent contest for young Asian motorcycle riders is ready to recruit the stars of 2015.

The 2015 Shell Advance Asia Talent Cup (SAATC) or better known now as Shell Cup; the application period will open on August 1st and talented young riders are being invited to apply for selection, with candidates from Australia and New Zealand also eligible for participation for the second staging of the competition. 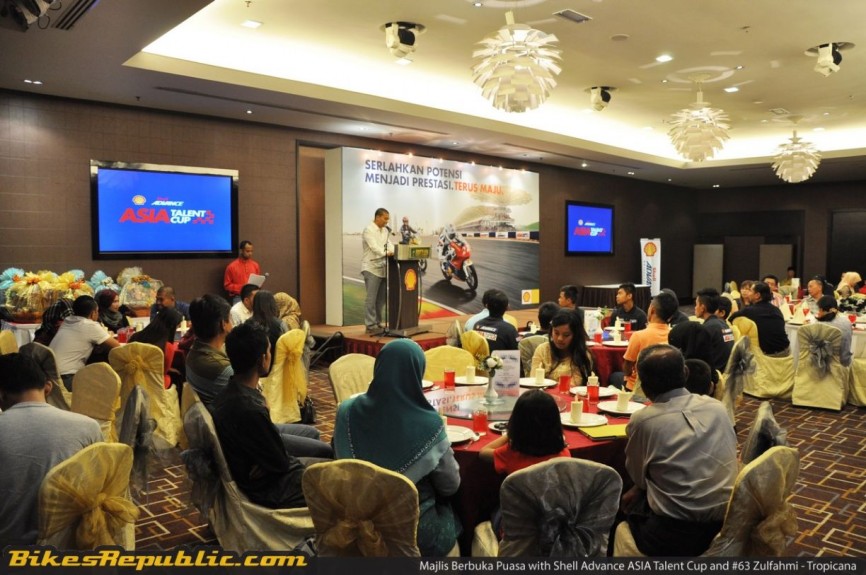 The Shell Advance Asia Talent Cup, currently in its inaugural season, will begin accepting applications for the 2015 season through its official website www.asiatalentcup.com from August 1 till September 5, 2014. Riders born between 1st January 1994 and 1st February 2002 are eligible to apply. 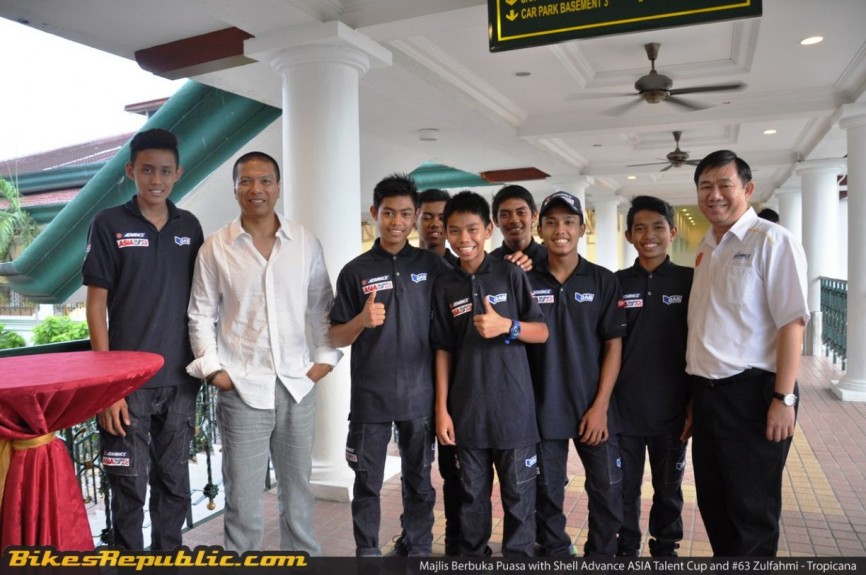 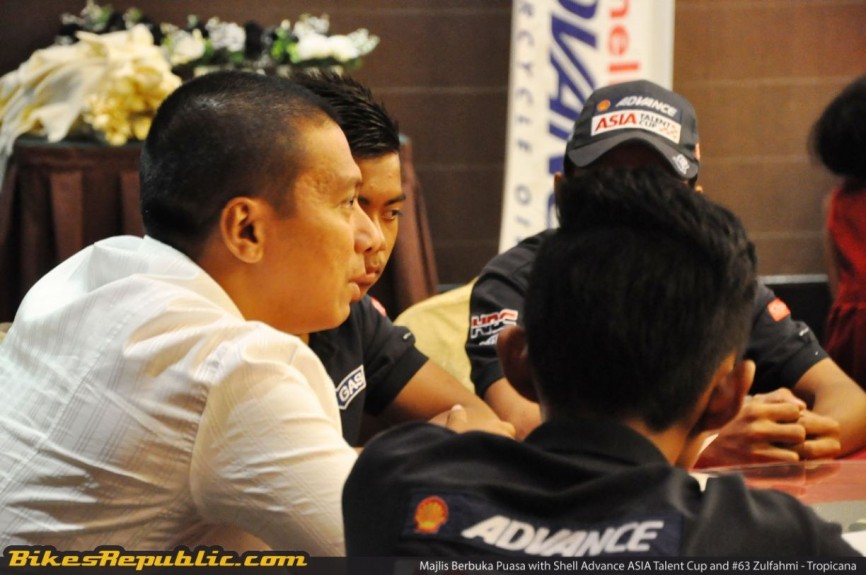 Also present at the reception was Sepang International Circuit Chief Executive Officer, Datuk Razlan Razali and Moto3 riders, Zulfahmi Khairuddin and Amirul Hafiq Azmi. Datul Razlan took the opportunity to give a pep talk to the Malaysian riders ahead of the second half of the season that will resume on September 19 – 21, 2014 with Round 5 in Sepang. Thereafter, three more races remain – Round 6 in Motegi, Japan, on October 10 – 12, and Round 7 and 8 in Sepang on October 24 till 26 in conjunction with the 2014 Shell Advance Malaysian MotoGP. 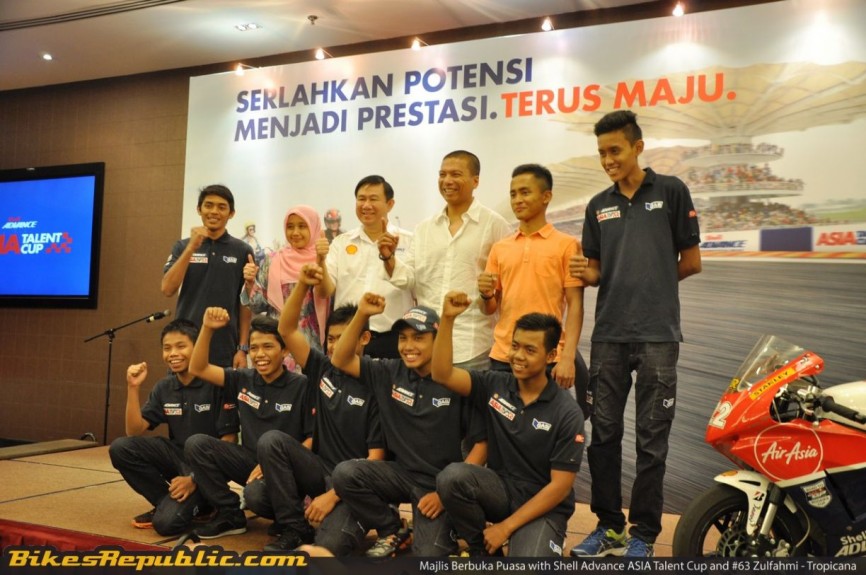 Applicants who have registered themselves during the Shell Advance nationwide road show will be automatically officially be fed into the application pipeline. The list of pre-selected riders will be announced on September 18 while the official selection trials will be held at Sepang International Circuit on October 27 and 28, 2014, after this year’s Malaysian MotoGP round. 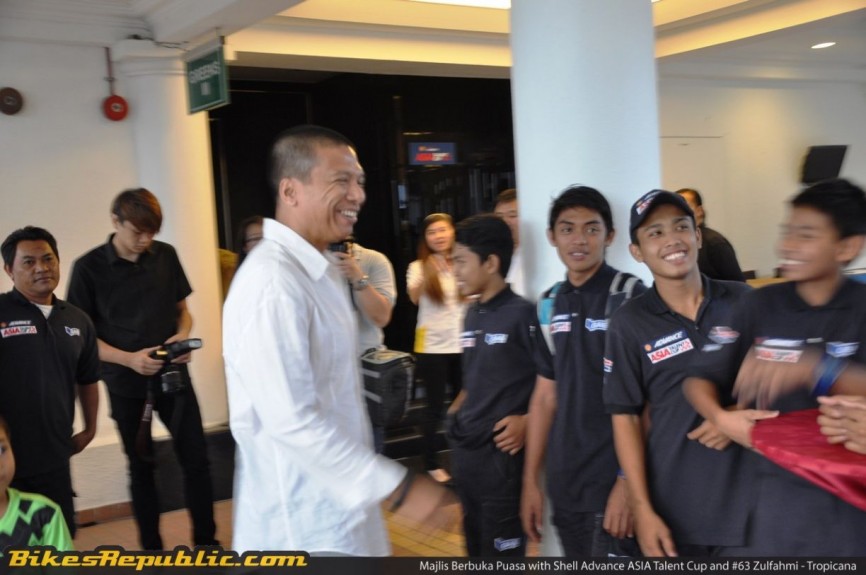 Under the watchful eye of Alberto Puig, Shell Advance Asia Talent Cup Director, the successful applicants will have a once-in-a-lifetime opportunity to race, to learn and to appear in front of the riders and fans of MotoGP™. Shell Advance, together with MotoGP™ rights holder Dorna and all co-sponsors of the Shell Advance Asia Talent Cup, are committed to ensure that young riding talents across Asia are recognised and given the best possible introduction to competition. 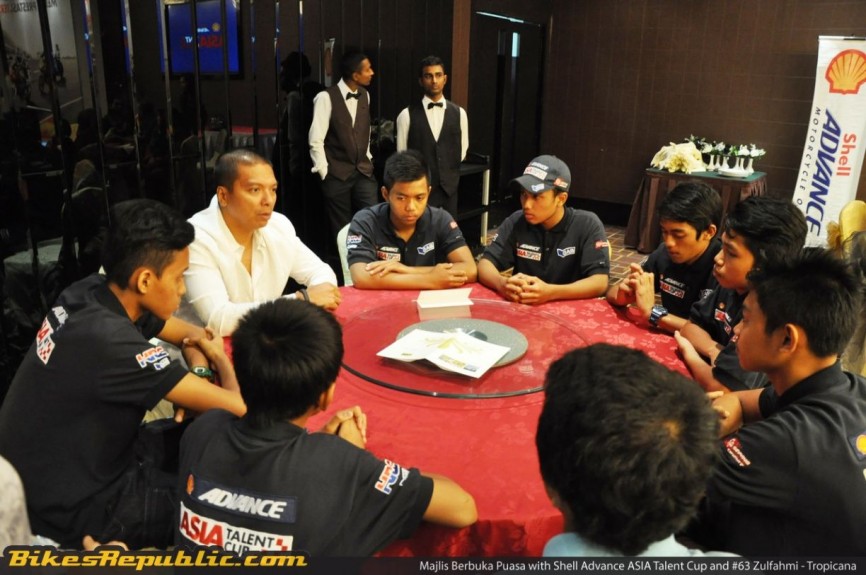 Each of the applicants selected to take part in the 2015 series can look forward to the opportunity to participate in a unique season of racing and mentoring as they turn their potential into performance. The competition allows for the young riders to gain valuable experience of racing at an international level and showcase their talents to a worldwide audience. 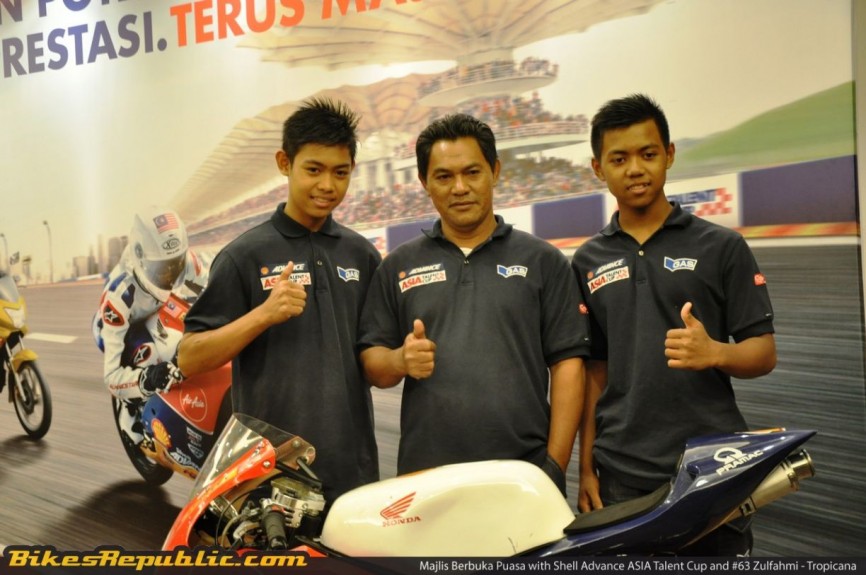