The move was officially announced recently and sees the Australian reconnecting with the team that granted him his first MotoGP world champion’s title back in 2007.

Stoner’s move away from HRC test-riding duties was long rumoured in the past few months, but both the Australian and HRC opted to officially announce his departure sometime just last week. In the process, the folks at HRC also stated their thanks and gratitude towards Stoner and his contributions over the last few years as a HRC test-rider. 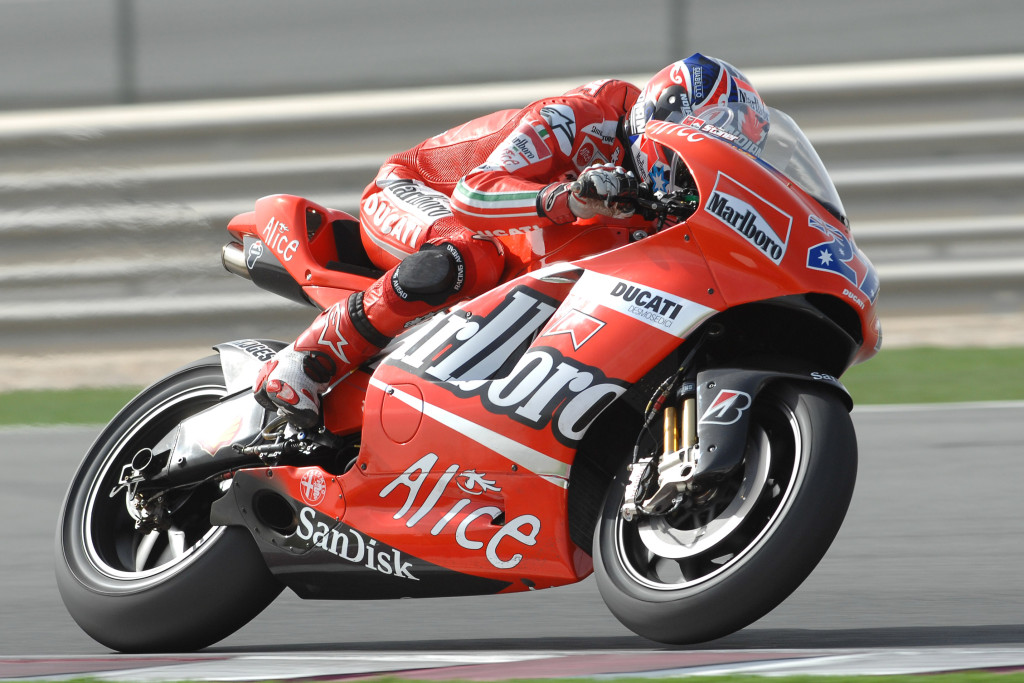 After retiring from MotoGP in 2012, Stoner continued as a test-rider for HRC, but only rode sporadically since then, spending no more than a couple of days annually astride a Honda GP bike. Sources report that the move was made for two reasons, the first of which being the fact that the Australian kept good ties with the Italian team even after leaving it for HRC and secondly was the timely arrival of Gigi Dall’Igna as the head of Ducati Corse that made a return to Ducati even more attractive.

Presently, Ducati confirmed that Stoner will mainly focus on private tests and not riding in any of the official 2016 pre-season test sessions in Sepang, Phillip Island or Qatar. Whilst the prospect of Stoner returning on-track astride a Ducati GP bike for a wildcard outing appears to be slim, Ducati fans can instead rejoice at the fact he will be reappearing at next year’s World Ducati Week 2016 festivities in Bologna, Italy.