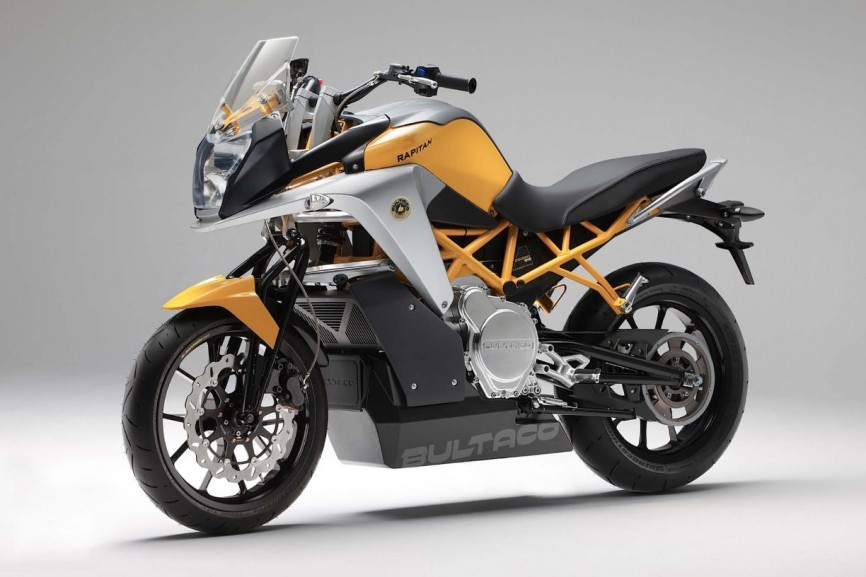 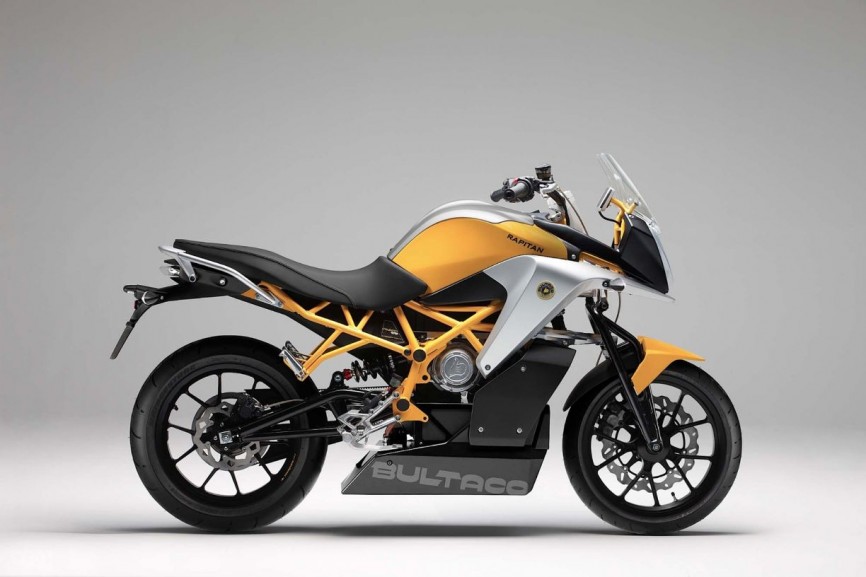 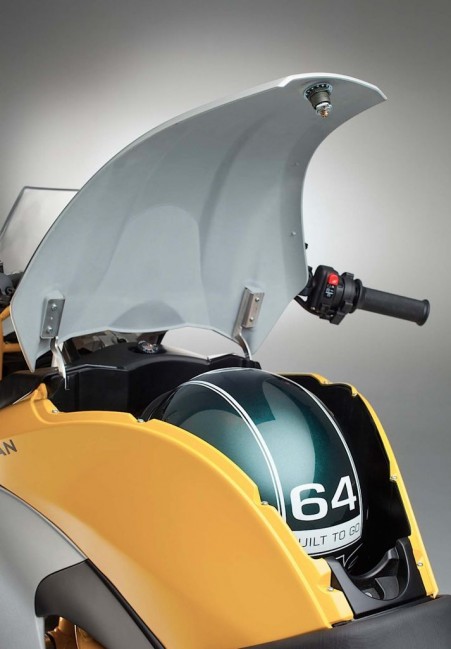 Underneath, the Rapitan features an all-electric belt-driven powertrain system to which Bultaco claims to be developed in-house by themselves. No further details were disclosed regarding the battery system used to draw power for the powertrain,but the package is said to produce about 53hp and 124.6Nm of maximum torque. The Rapitan however isn’t the lightest naked street bike in existence, tipping the scales at 189kg. 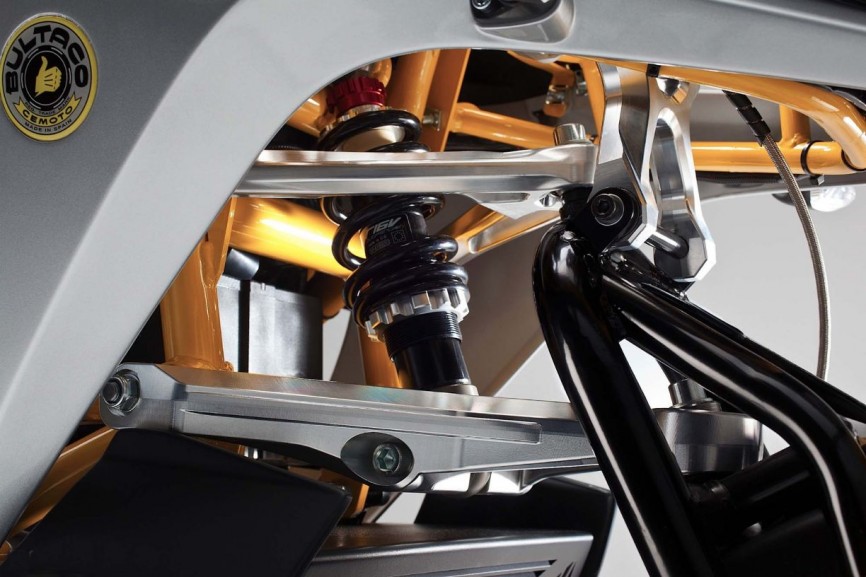 But Bultaco did state its claims that the Rapitan has a maximum travel range of about 200km with city riding, or 110km when travelling at average highway speeds of roughly 120.7km/h. Some experts have guestimated that the powertrain could be drawing its power from a 10kWh-capcity battery unit given said claims. 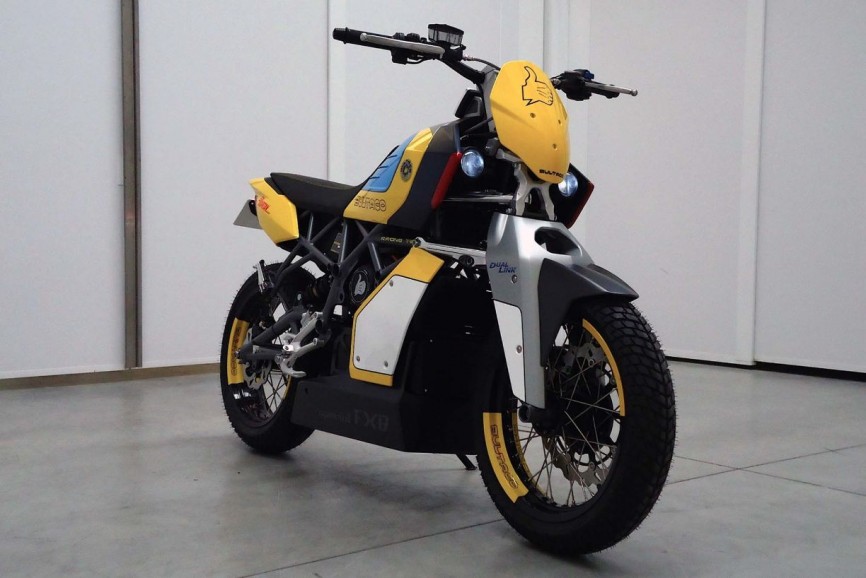 Next comes the Rapitan Sport variant. In ‘Sport’ trim, the bike is donned with a more race-inspired exterior design and colour scheme. This trim also sees itself losing the ‘regular’ single headlight for a twin-unit set stowed away in the cowling just aft dual-link Hossack front suspension system – the same unit fitted in the regular Rapitan. 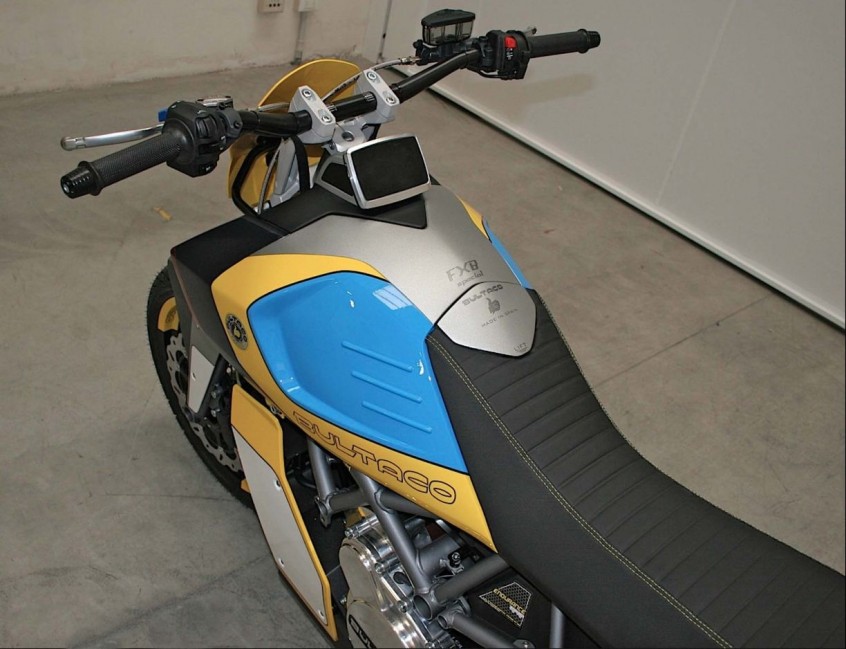 Minus the race-inspired aesthetics, the Rapitan Sport is essentially the same in terms of specifications with the Rapitan it is based on. Bultaco has scheduled to release both bikes into the market later this year. While a price tag has yet to be mentioned, the firm also targets to produce up to 1,500 units of the Rapitan by 2015 from its 150-strong staff.