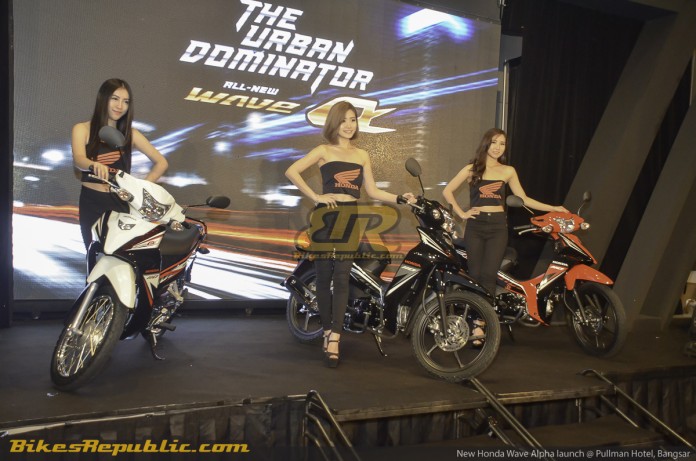 Malaysian assembler and distributor of Honda bikes Boon Siew Honda Sdn Bhd has updated its line up for the Malaysian market after the firm introduced its latest offering, the new and enhanced Honda Wave Alpha moped earlier today. 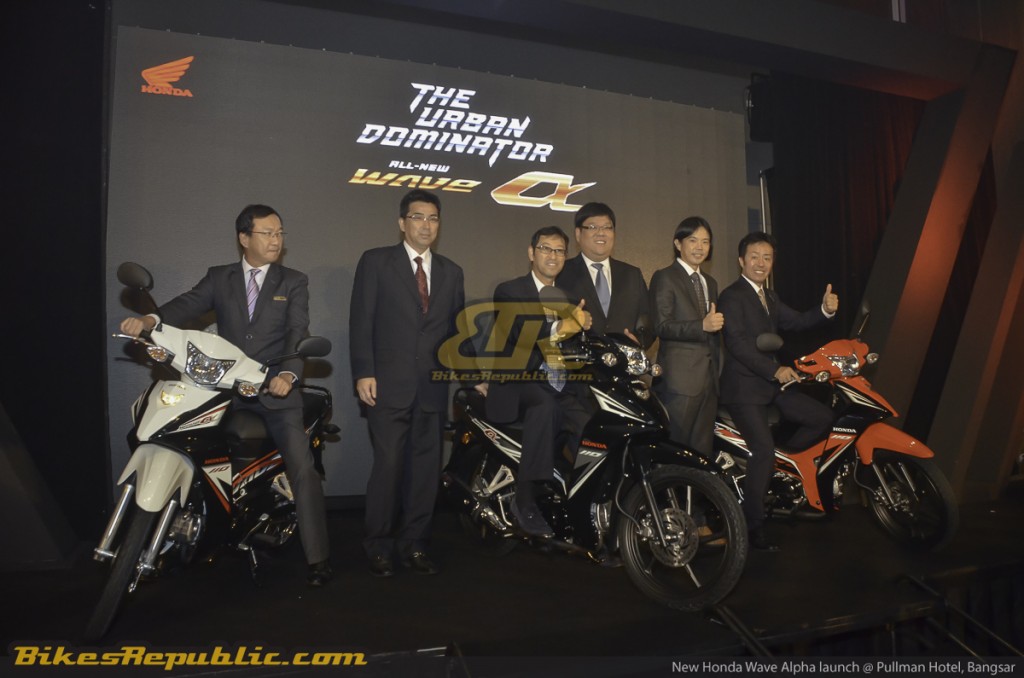 Present to launch the bike were several of Boon Siew’s top tier management personnel alongside several members from the Wave Alpha’s development team as well. 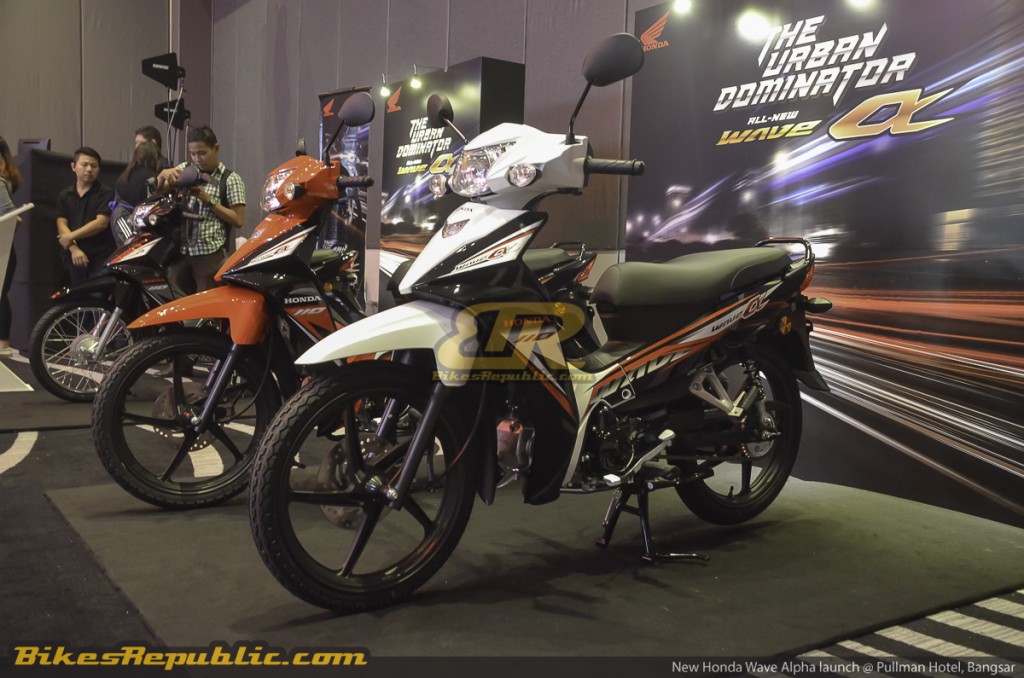 As it is, the Wave Alpha replaces the previous Wave 110 model, bringing along with it an enhanced exterior design and an improved powertrain as well. The moped can be had in two forms starting with a basic variant primed with drum brakes and spoked wheels followed by a higher-spec version equipped with disc brakes and cast wheels instead. 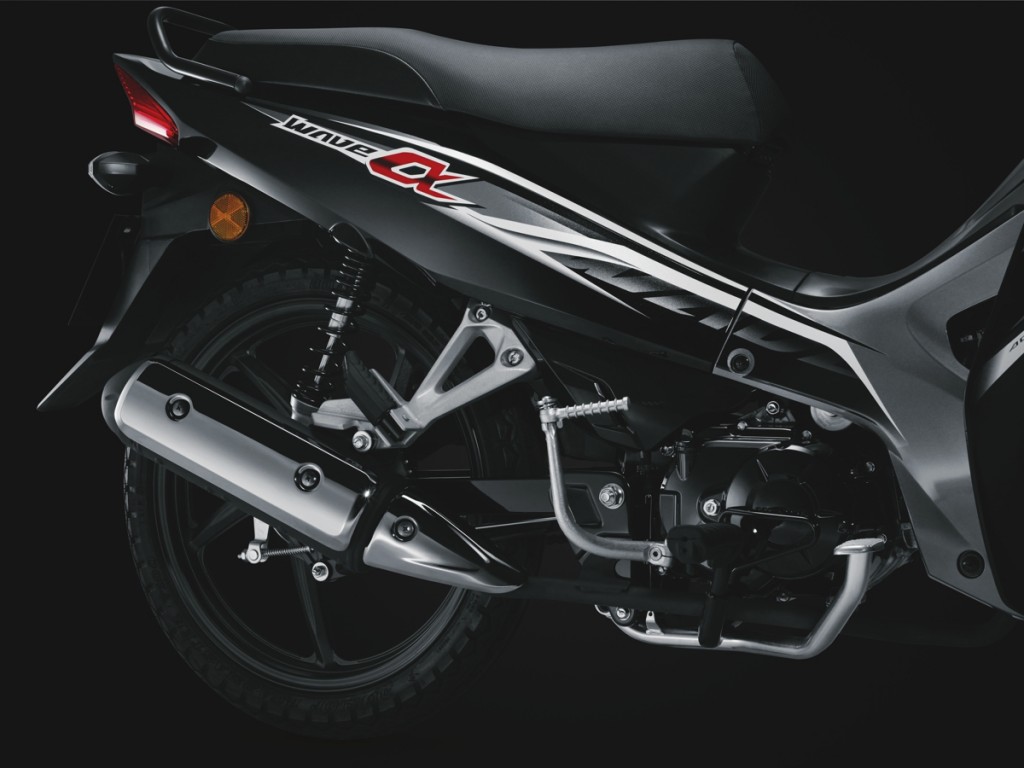 Both however share the same air-cooled 109.1cc single-cylinder engine that produces 8.3hp @ 7,500rpm and peak torque of 8.59Nm @ 5,500rpm. The engine is paired with a four-speed constant mesh transmission. Not only more powerful than the previous Wave 110’s unit, the new powertrain is also much more efficient as it boasts a fuel economy rating of 51.8km/litre. 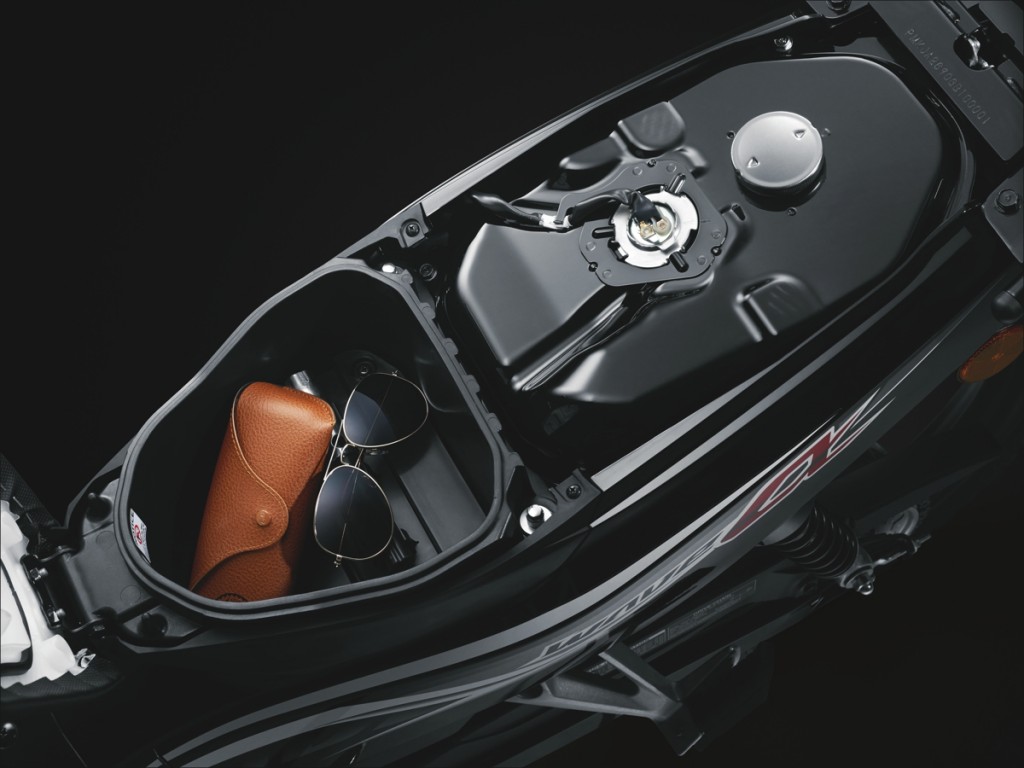 Underneath, the moped also features a convenient U-box storage for added practicality as well as a colourful new and clear instrument panel design. Other notable features include the contoured new exhaust silencer design plus improved leg protection from the stylishly redesigned forward fairing. 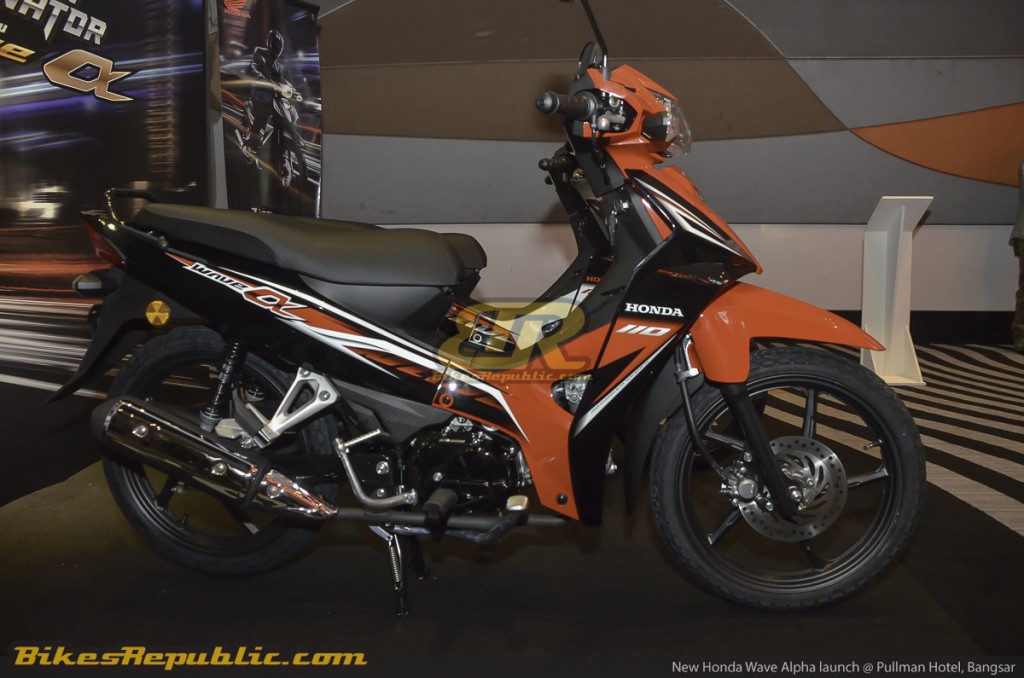 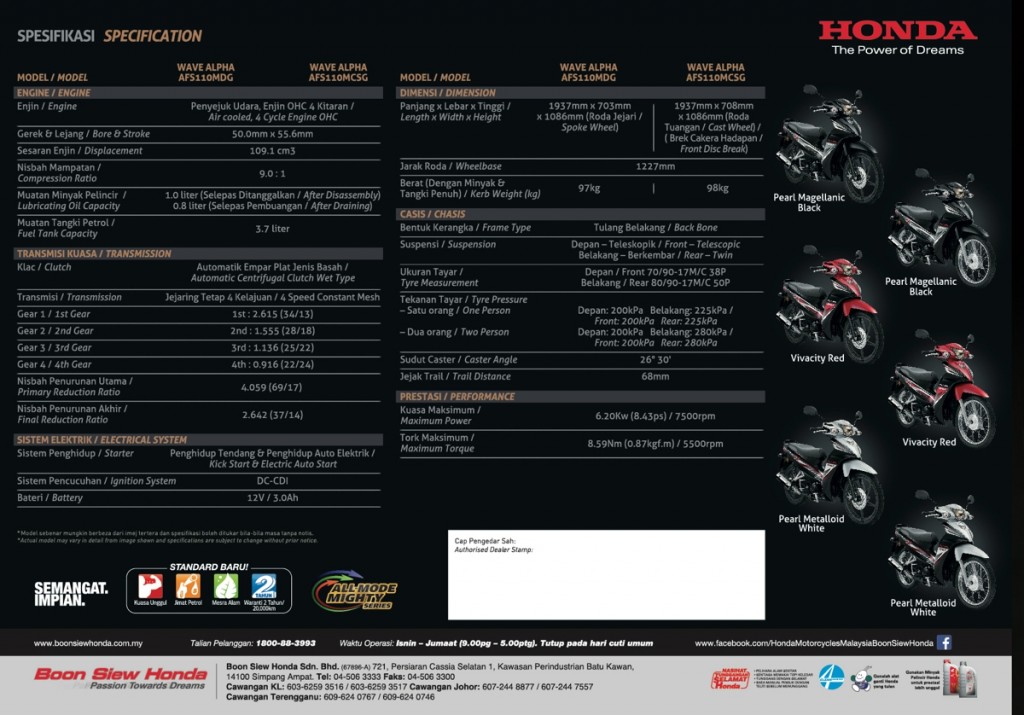