Honda calls it the next evolution of the NC700X, the bike that made its name by having a cargo space as the “tank” now comes with a bigger engine and a new name to reflect that, the NC750X.

By increasing the bore by 4mm to 77mm, the liquid-cooled parallel-twin engine now gets an extra capacity of 75cc and that bumps up the power output from 51hp to 54hp at the same 6250rpm while maximum torque is increased from 61Nm to 68Nm at 4750rpm. Seems little but the improvement with both power and torque curves are spread throughout the whole rev range.

On top of the power increase, Honda also added an extra balancer shaft to what they call injecting the engine with just the right amount of ‘good’ vibration. This makes the engine feel more refined yet still keeping the distinct “throb” delivered by its 270° firing order.

Even the muffler has been revised internally to allow a better flow from the engine’s increased capacity and now apparently also have a more “characterful” note. Still, from all that according to Honda, the NC750X can reach about 400km from its 14.1L underseat fuel tank.

The rest of the bike remains the same with the famous storage compartment large enough to take a full-face helmet. 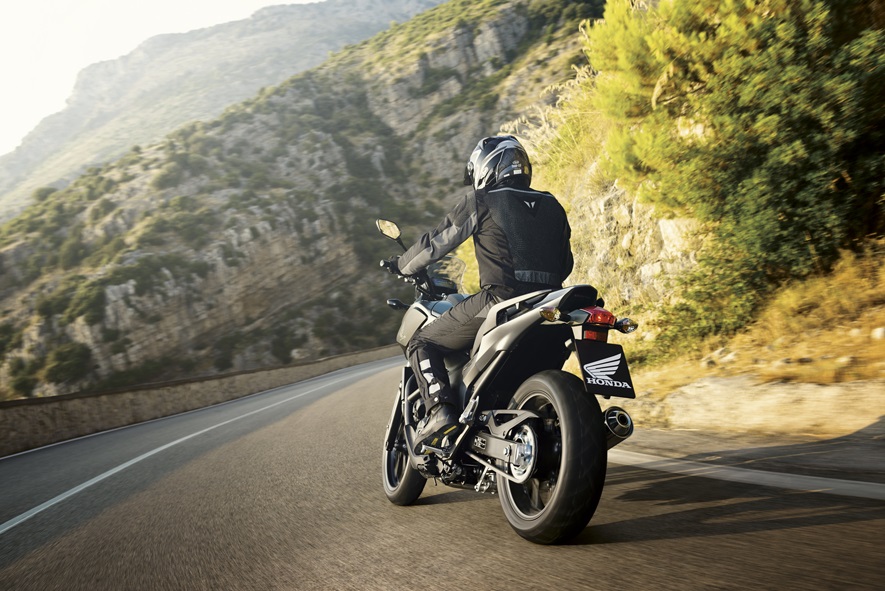