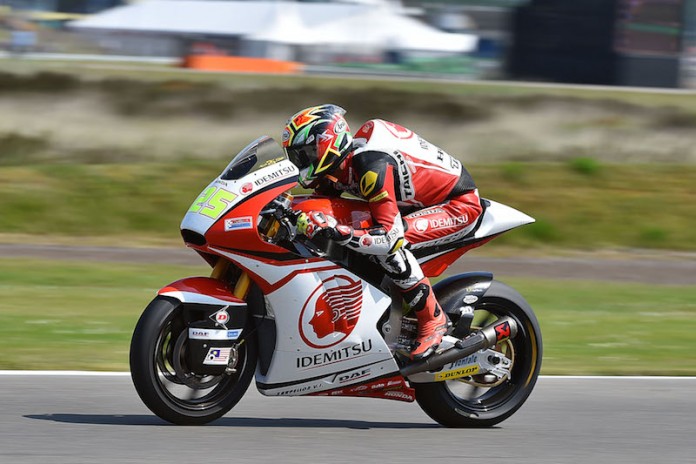 Idemitsu Honda Team Asia’s Azlan Shah Kamaruzaman put on his best performance since stepping into the World Moto2 Championship when he finished the hectic Indianapolis Grand Prix 11th on Sunday. 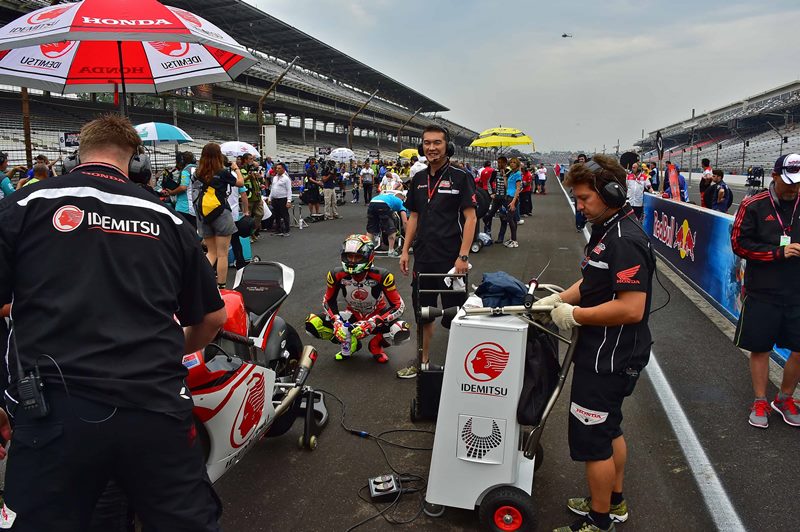 Azlan who started from fourth row endured a slow start but quickly recovered and muscled his way into the top five by lap-5, taking advantage of drying track condition on a pair of slicks, despite the race being declared wet after the sighting lap. 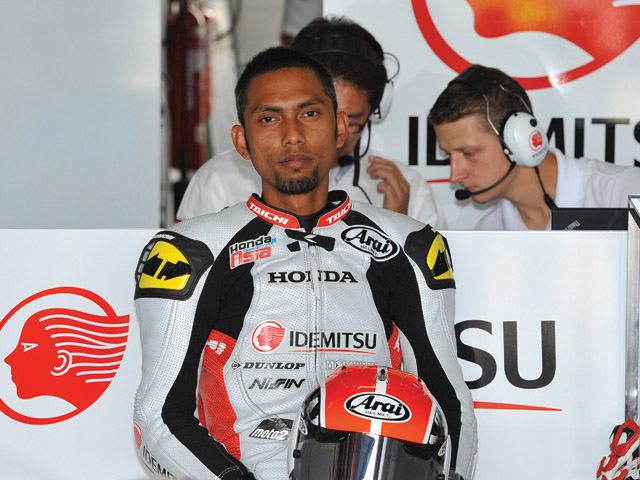 However, the 2013 FIM Asia Road Racing Championship SuperSports 600cc champion could not hold on to that position for long and tumbled down the order in the remaining laps due to tyre wear, eventually crossing the finish line in 41’28.765s behind Alex Marquez. 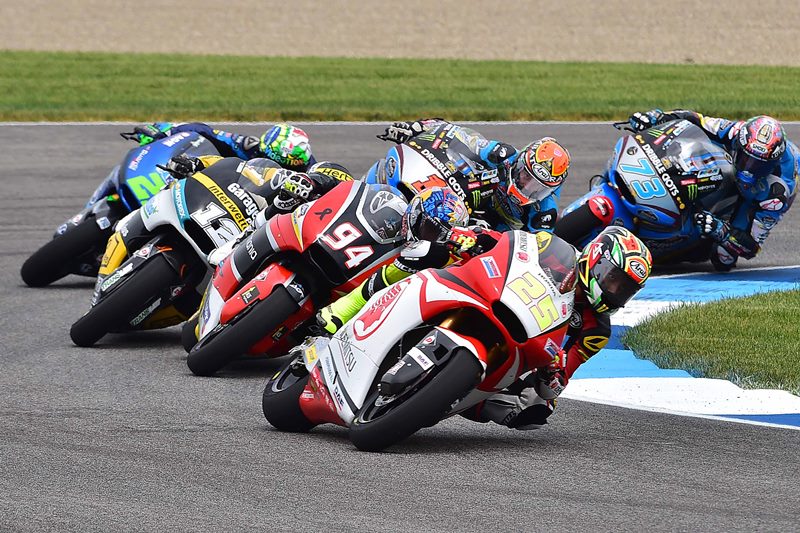 Another Malaysian, Hafizh Syahrin was also seen battling with the frontrunners and on a few occasions managed to slip into lead but his weekend did not end well when the PETRONAS Raceline Malaysia rider crashed in the final lap. 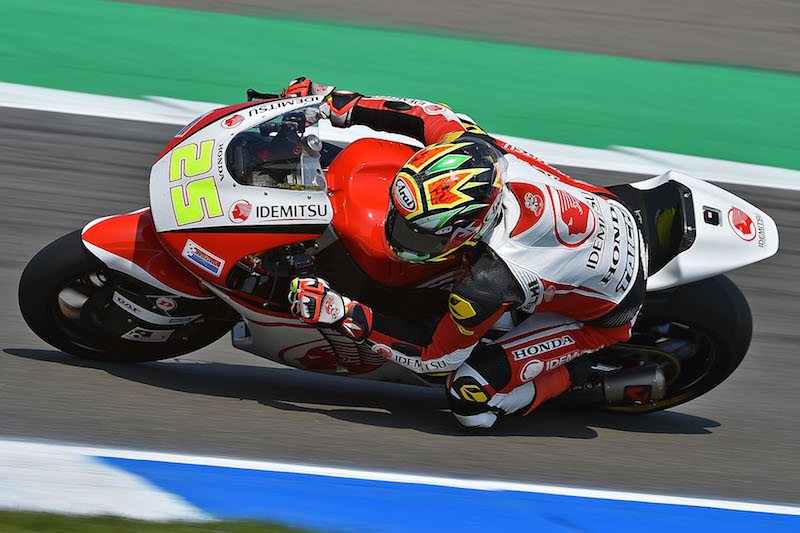 “I did my best to follow the top group but it was difficult because of the tricky track conditions. But overall I am pleased that I managed to finish 11th, which is my best result so far in Moto2. I feel extremely motivated and will be aiming higher in the upcoming rounds. Thank you to the team who has worked very hard this weekend,” said Azlan.

Round 10 of the Moto2 World Championship will take place at the Brno Circuit, Czech Republic next weekend.