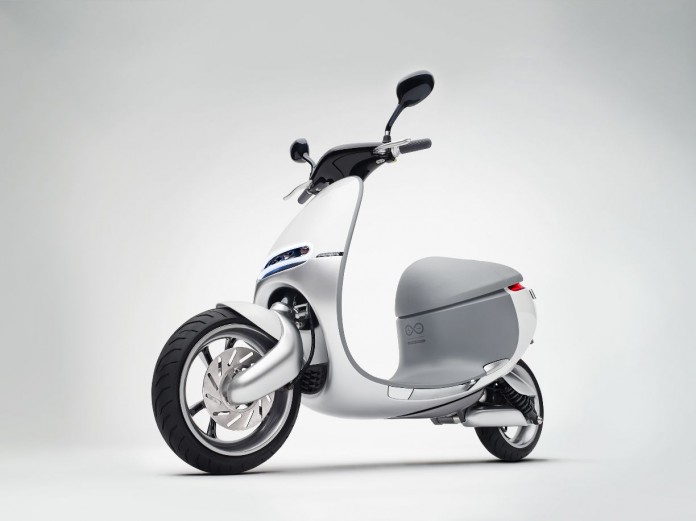 A new electric scooter concept was unveiled recently at the 2015 Consumer Electronic Show or CES in the US, yes we know many have been cropping up ever since electric vehicles have become mainstream only to fade off into nothing, but this scooter may actually change and revolutionise the whole landscape of the motoring world.

What makes this scooter so special? First off that it’s from the same people that made HTC apparently. Funnily looking at the design one would be excused to think that it might have been a spin-off by Apple instead with the scooter’s smooth and friendly looking design. 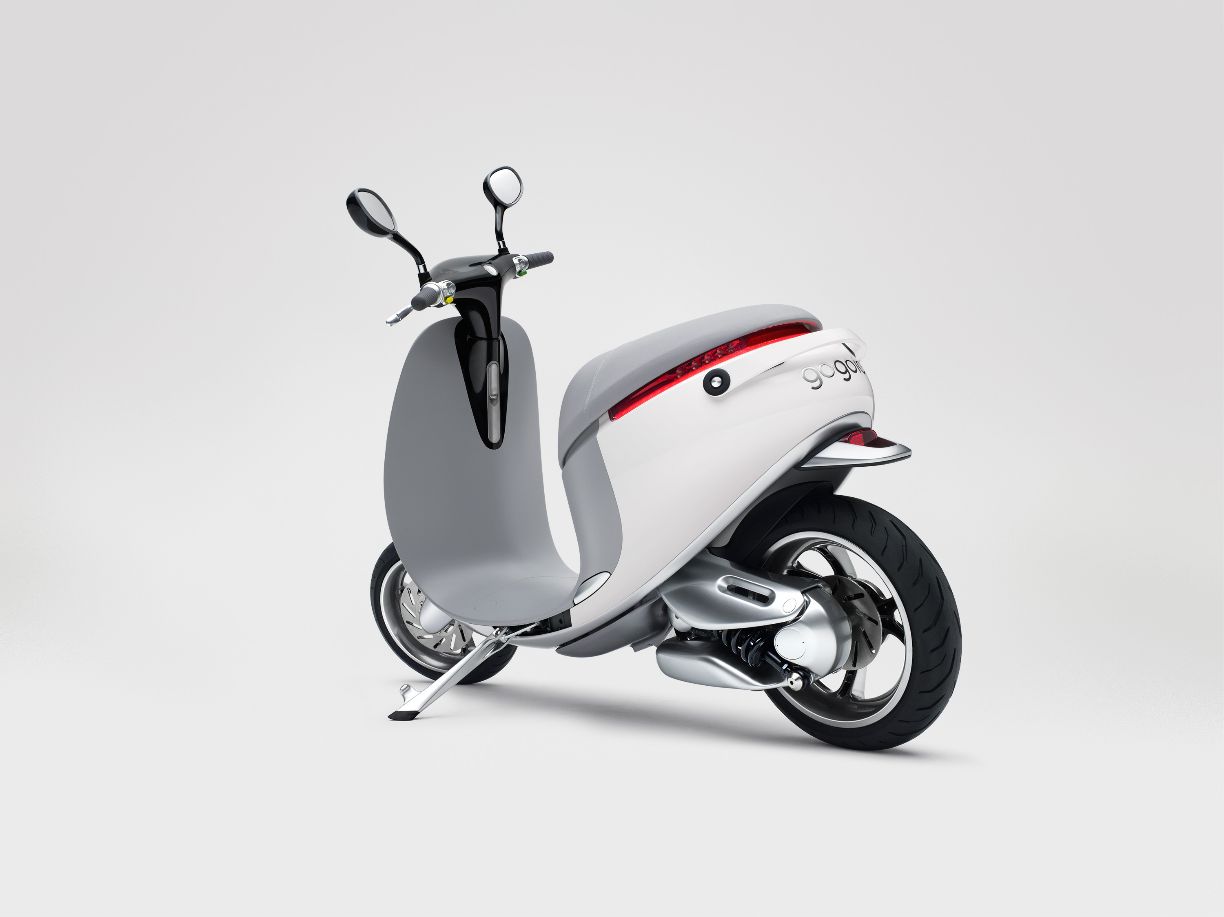 Providing the thrust is a specially engineered ultra-compact G1 motor that is said to be able to operate efficiently while staying cool on operation. Wrapped around it is the Gogoro’s Aeroframe, made from stamped out racing grade aluminium for a light weight but at the same time a strong chassis. Taking advantage of the strong chassis is the high performance suspension, inspired by jet-fighter landing gear in the front and multi-link suspension in the back.

So far that all sounds technically normal, as in so far most concept electric scooters comes with a state-of-the-art hardwares. And then the handphone side of the whole project manifest itself with the Gogoro designed to be easily individualised, giving the rider control on specific things like ride feel and throttle acceleration, the dashboard screen colour spectrum and the lock-and-unlock audio and lighting themes.

Well so far this actually reminds us of the Mini E Scooter concept unveiled about four years ago which uses a phone which you slot into a cradle and it not only activate the scooter but it also displays information such as speed and power level and even GPS.

So we’re back in square one to where the question is why will Gogoro change the motoring scene, the answer is the scooter’s power source. The Gogoro is not your typical plug-in scooter, instead the designers had opted to go with swappable rechargeable batteries, like the ones in your TV remote control (if you use rechargeable ones). But unlike the batteries in your remote which could be AA or AAA sizes, by partnering with Panasonic, Gogoro had created a new “standard” on how to power electric vehicles, the Gogoro power packs.

This is not the first time Panasonic had worked with another company to power its electric vehicle though, they had also worked with Tesla but those cars were still using proprietary battery sizes.

However, by adapting the Gogoro battery into a vehicle design, other manufacturer could also tap into this swappable battery system. Just like how our remote controls are powered by AA batteries that have been standardised since 1947.

When a depleted battery needs to be swapped with a charged one, riders can make a six-second swap at any GoStation. Batteries can be reserved in advance, and a subscription-based payment model offers unlimited access to as many charged batteries as needed. 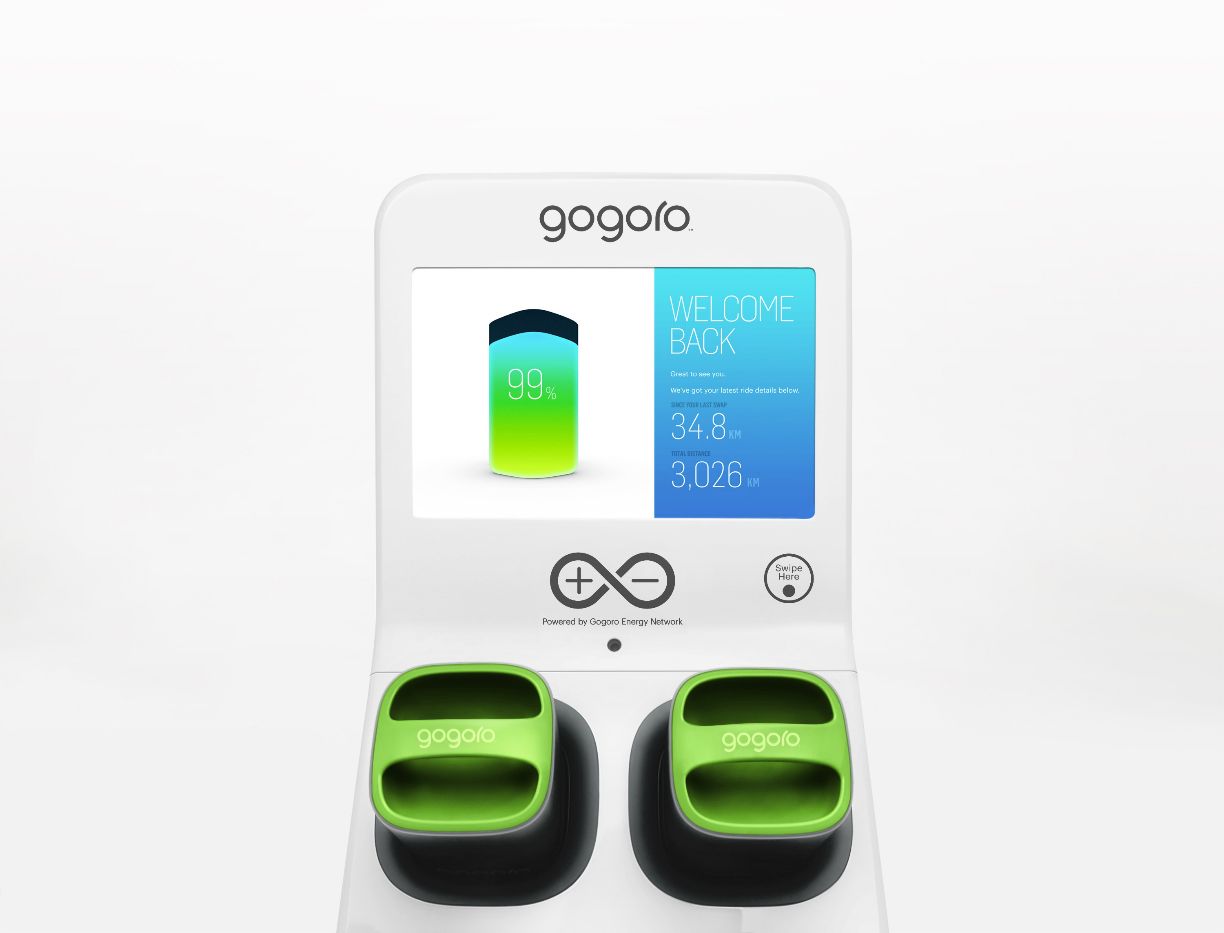 From the demonstration video it looks pretty simple, stop at the GoStation which looks like vending machines, pop the used batteries (the Gogoro scooter uses two) into empty slots on GoStations and it will pop up fresh ones for the rider to slot into the scooter’s battery slots under the seat.

And to make the whole experience feels fuss free the scooter and its charging station are connected via “cloud” and apart from finding the closest GoStation, they also get detailed scooter diagnostics like adaptive throttle control, customised regenerative braking, and the ability to track ride details like the top speed and range so the rider can analyse riding patterns to optimise power and energy consumption.

All sounds promising so far and the company aims to install the system in trial countries with special high density urban cities being the main target, cities like San Francisco or Singapore maybe.

However this is still a plausible concept of not just a scooter but a system, which could still fail like the Better Place project.

The only ray of light that this time the conversion to electric would actually happen is that unlike Better Place which only prepared the infrastructure and hopes vehicle manufacturers to jump into the whole concept. Gogoro actually answered to whole chicken and egg question by both providing the vehicle that uses a swappable system and the actual support system around it. 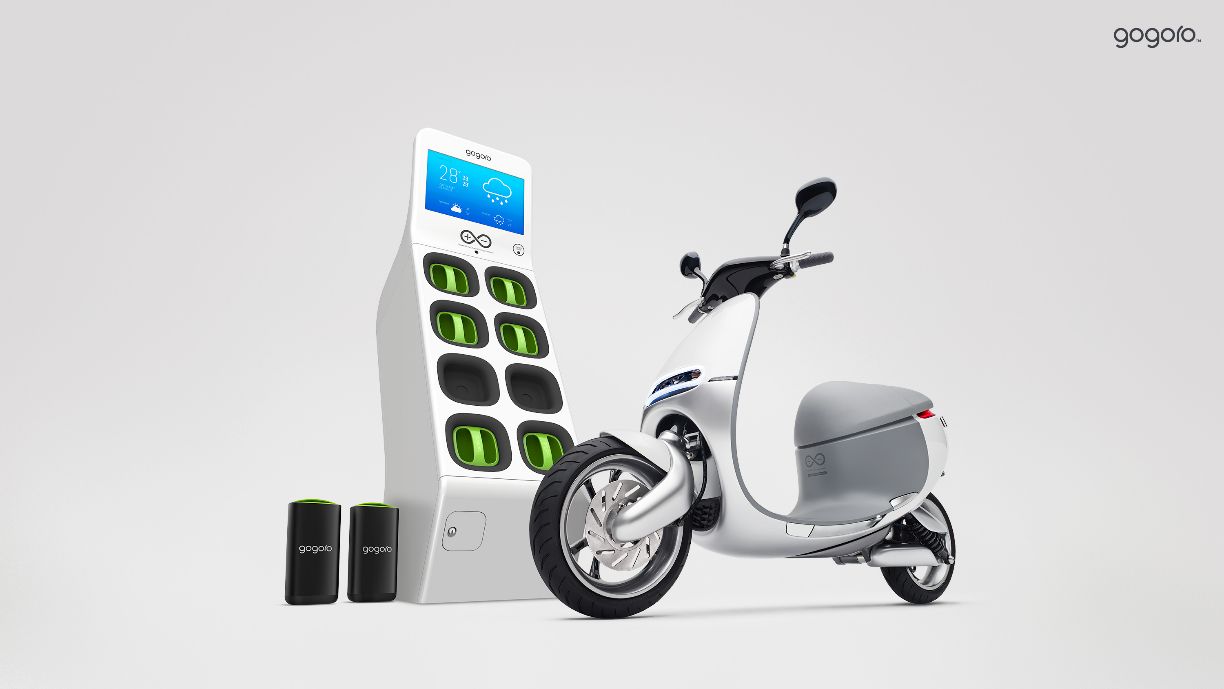 So what do you think? Will Gogoro succeed in changing the world?
PS – And does the word Gogoro reminds you of a monster in a cartoon or anime?