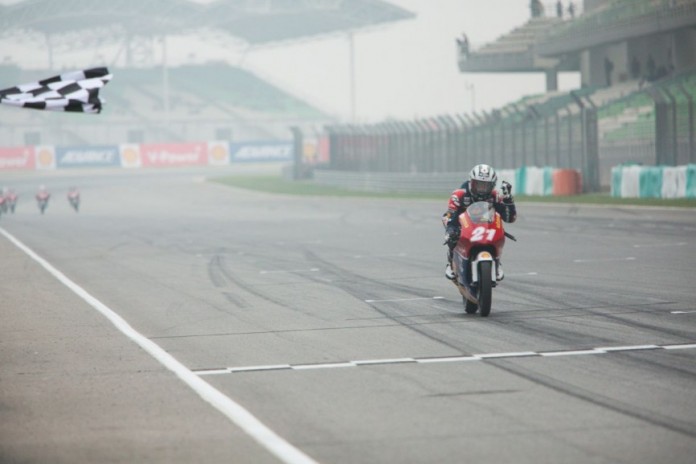 Takuma Kunimine dominates Race 1 in Round 6 of the Shell Advance Asia Talent Cup 2015 in Sepang, Malaysia. 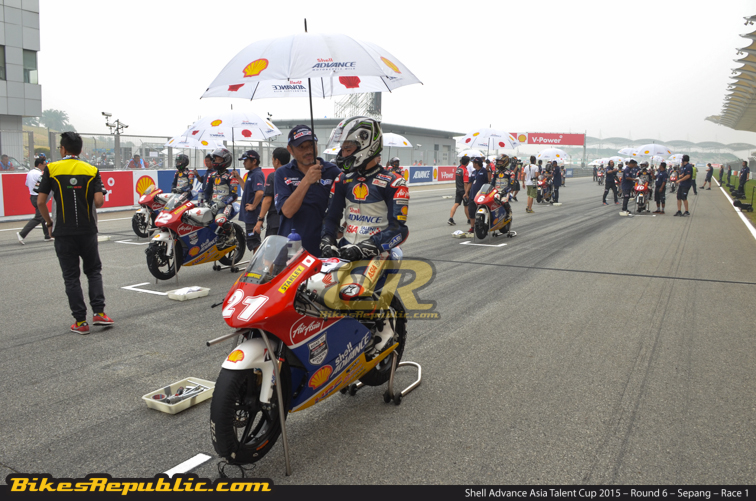 The Shell Advance Asia Talent Cup 2015 season finale kicked off in full-swing today with its first race of the weekend. Held in the hazy late afternoon as the support event to the weekend’s 2015 Shell Malaysian MotoGP, the region’s worsening haze proved little deterrence to the youngsters as they set off for their 13-lap race. 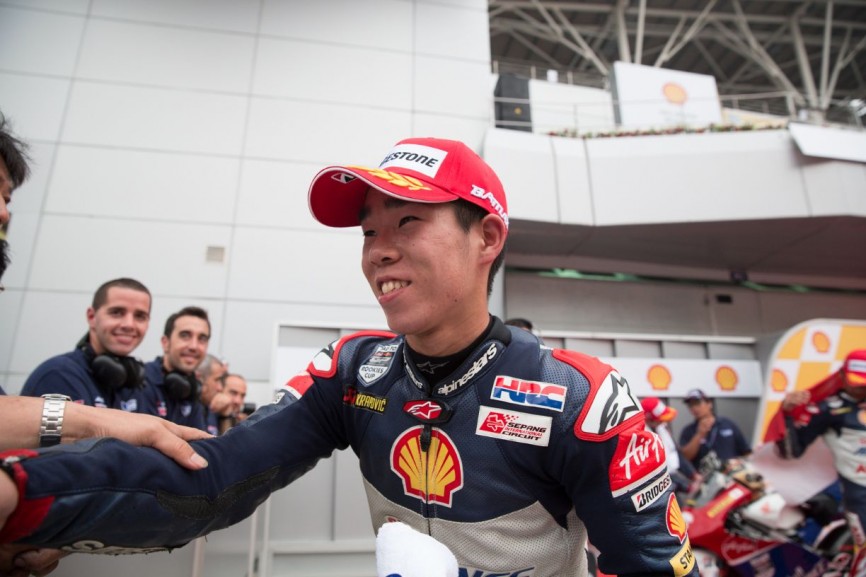 Victory was claimed by Japanese rider Takuma Kunimine. Though the champion’s title slipped away from him in the last round held in Japan, Kunimine remained determined to solidify his position as the runner up in the series’ championship standings. 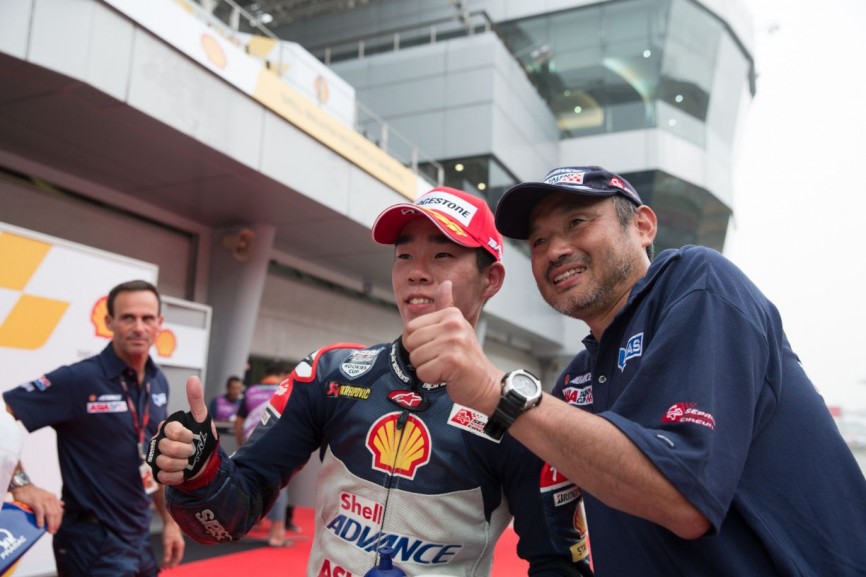 Kunimine put on a masterclass in the race as he started from pole position after yesterday’s Qualifying. Though the race lead changed hands several times, Kunimine’s race tactics proved unbeatable as he took the chequered flag in first with a secure gap of 3.385 seconds separating him from second place rider Andi Izdihar of Indonesia. 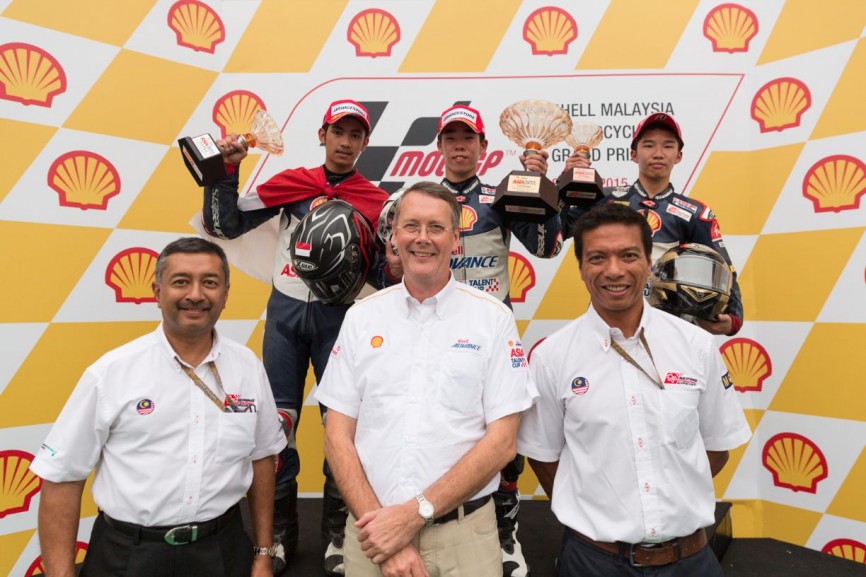 Completing the podium was Japanese rider Yuta Date after he crossed the line in third with a gap of 3.388 seconds behind Kunimine and a close 0.003 away from Izdihar in second. 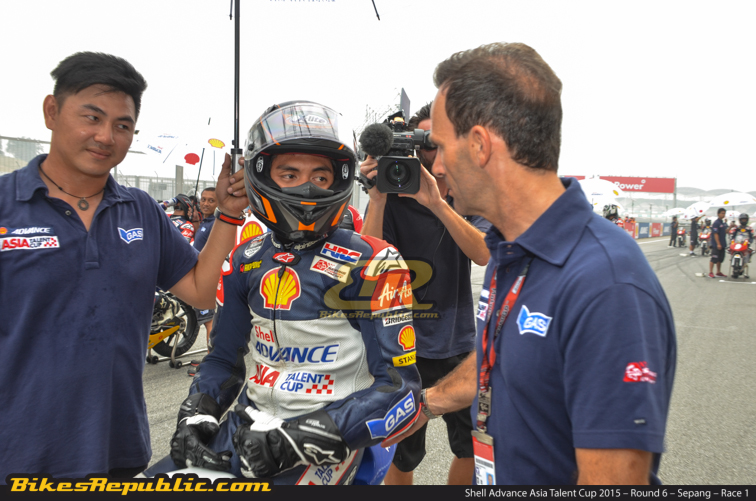 The home team, comprised of full-time riders Fakhrusy Rostam, Adam Norrodin, Azroy Anuar, Helmi Azman and Shafiq Rasol, plus two wildcards Ahmad Idham Khairuddin and Luth Hartih Erwan had their fair share of battles throughout the 13-lap melee. However, just Fakhrusy, Adam and Azroy managed to classify themselves in the top 10, scoring valuable points for themselves here too. 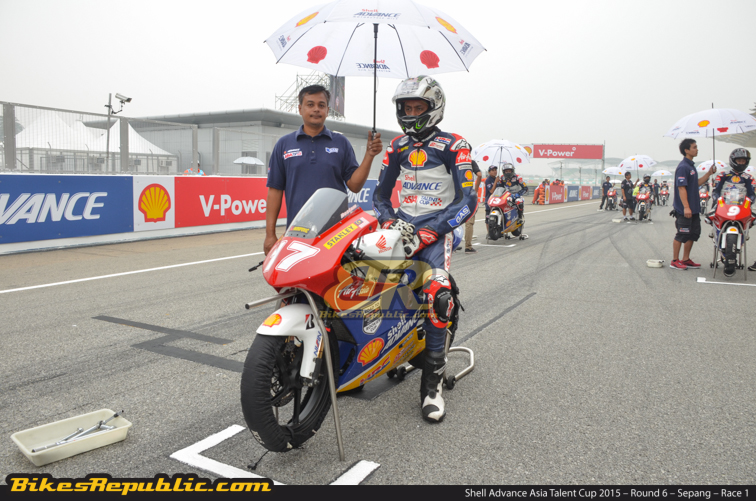 The best performance from the home contingent today came from riders Fakhrusy Rostam and Adam Norrodin. Fakhrusy managed to end the day strongly in 5th place whilst Adam, who was in the lead group at one point, settled for 7th place ahead of Azroy in 8th.

Further down the order saw Helmi Azman classifying 11th, followed by Shafiq Rasol in 12th, Ahmad Idham in 14th and Luth Harith in 20th ahead of Australian wildcard Matt Barton in 21st.

Race 2 will commence tomorrow at 4:30pm just after the MotoGP main event, where it will last 13 laps once again. 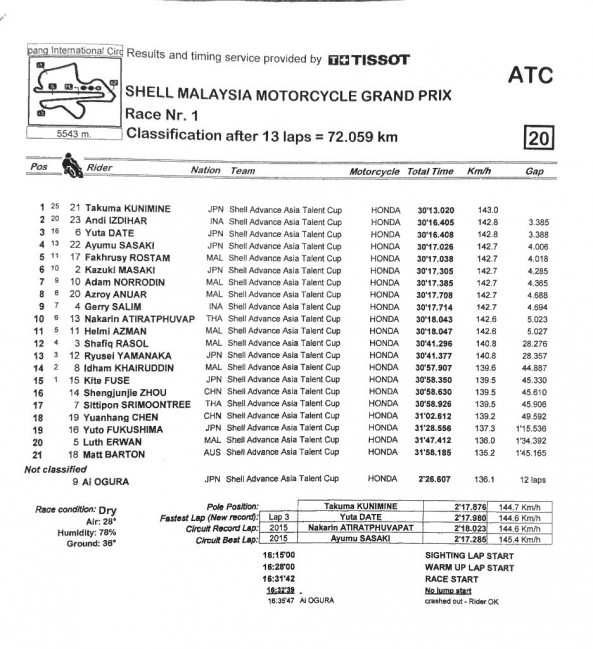