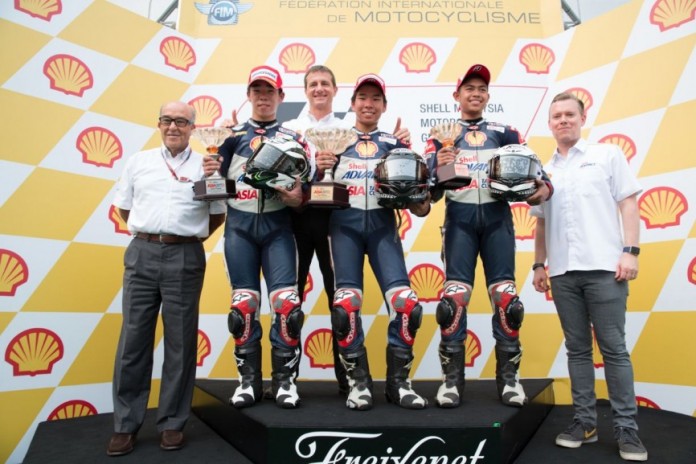 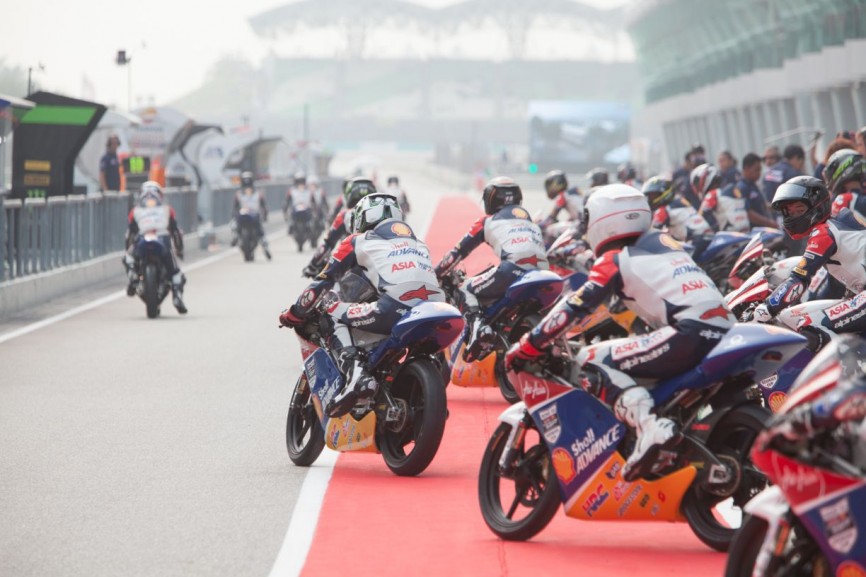 The Shell Advance Asia Talent Cup 2015 region-wide Moto3 series came to a thunderous conclusion today in the Sepang International Circuit. Held in the late afternoon after the 2015 Shell Malaysian MotoGP main event, the weekend’s second race got underway into a nail-biting 13-lap affair. 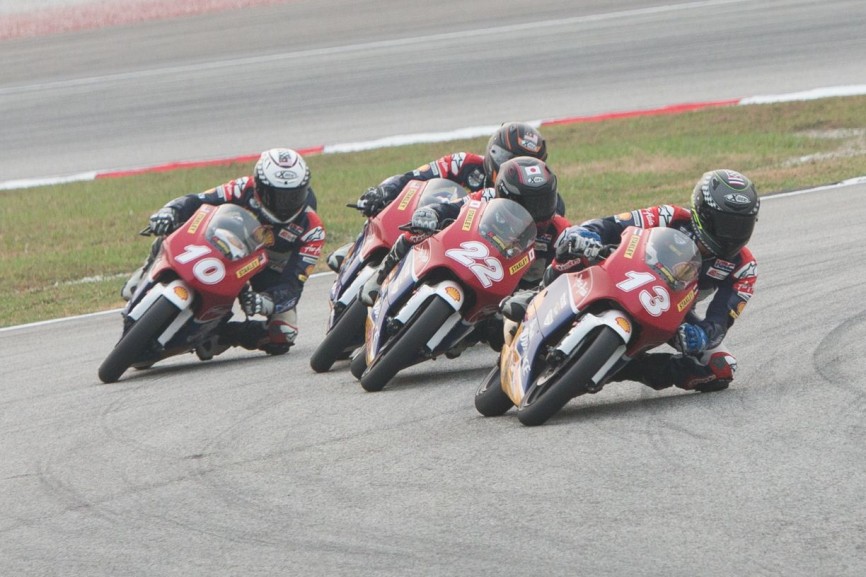 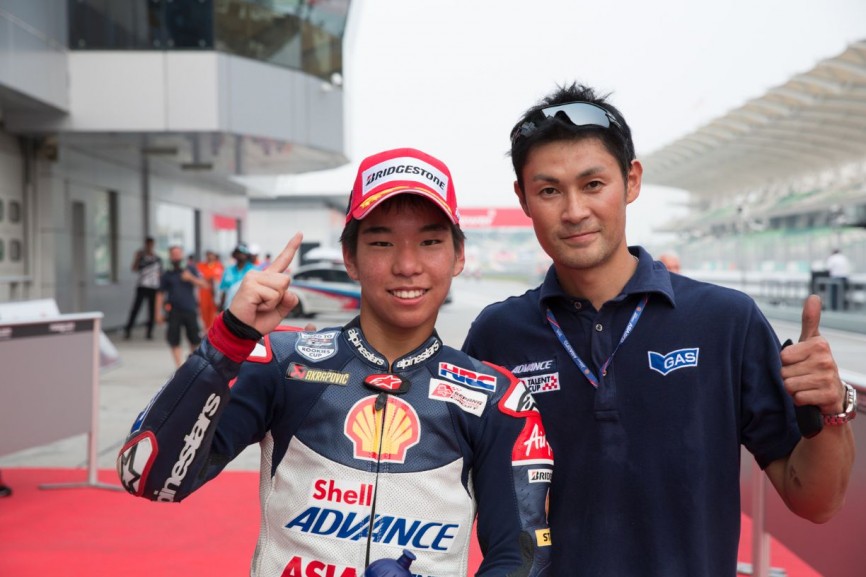 A the head of the order was a battle between Japanese riders Kazuki Masaki and Takuma Kunimine with Malaysian Adam Norrodin and Thailand’s Nakarin ‘Chip’ Airatphuvapat. Despite having the prime starting position, Kunimine could not fend off Masaki in their dash to the finish line, with Masaki taking victory just 0.061 seconds ahead of Kunimine. 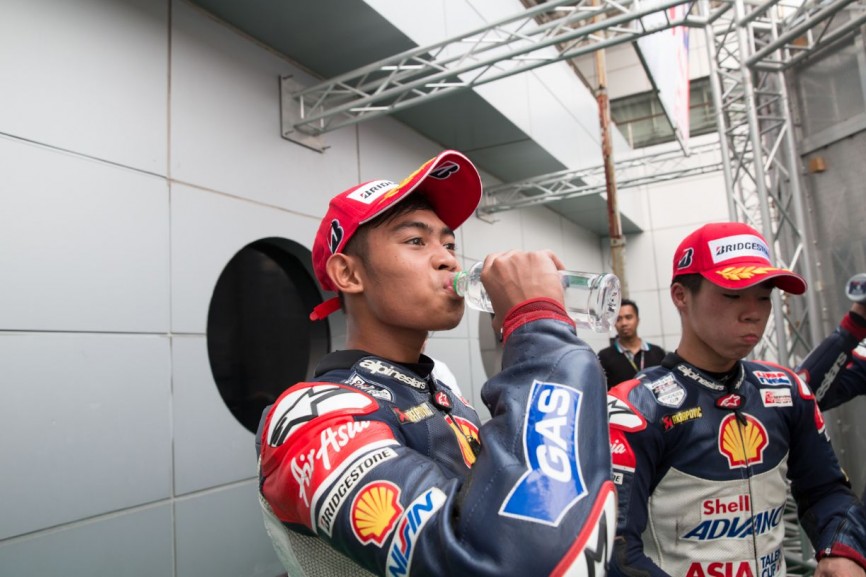 However, all eyes were on home hero Adam Norrodin when he secured third place and a spot on the podium after battling it out with Nakarin Atiratphuvapat, with the Malaysian rider reaping his accomplishment on home soil.

Minus Fakhursy Rostam, all other local Malaysian riders on the grid managed to finish the race as well. Classifying in the top ten are Shafiq Rasol in 6th, Helmi Azman in 8th and Azroy Anuar in 9th. Wildcards Ahmad Idham Khairuddin and Luth Harith Erwan once again collected precious experience and mileage, with Idham ranking 13th and Luth in 16th. 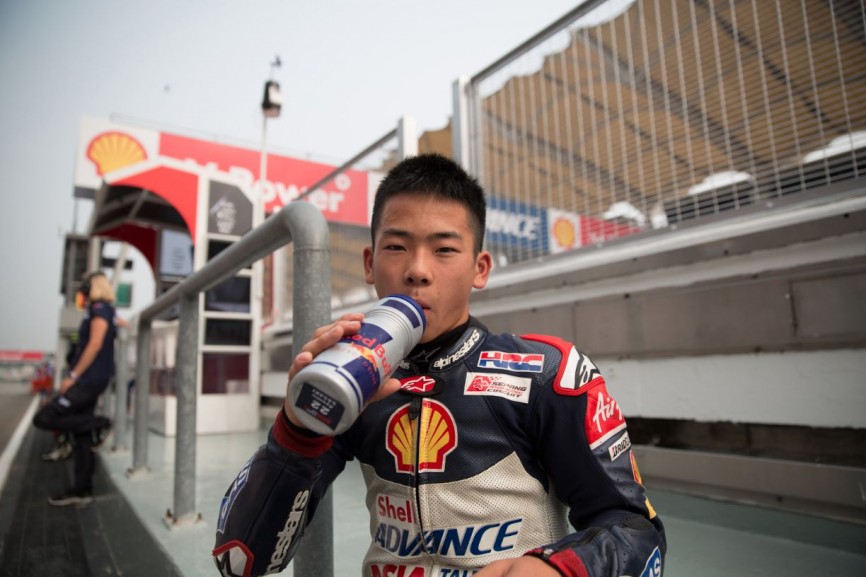 Although Ayumu Sasaki had already clinched the champion’s title back in Japan, the rest were out to better their positions within the point standings. Finishing the season as runner up with a total of 162 points collected is Takuma Kunimine, followed by Kazuki Masaki as the second runner up with 152 points. Sasaki leads the order with his haul of 203 points. 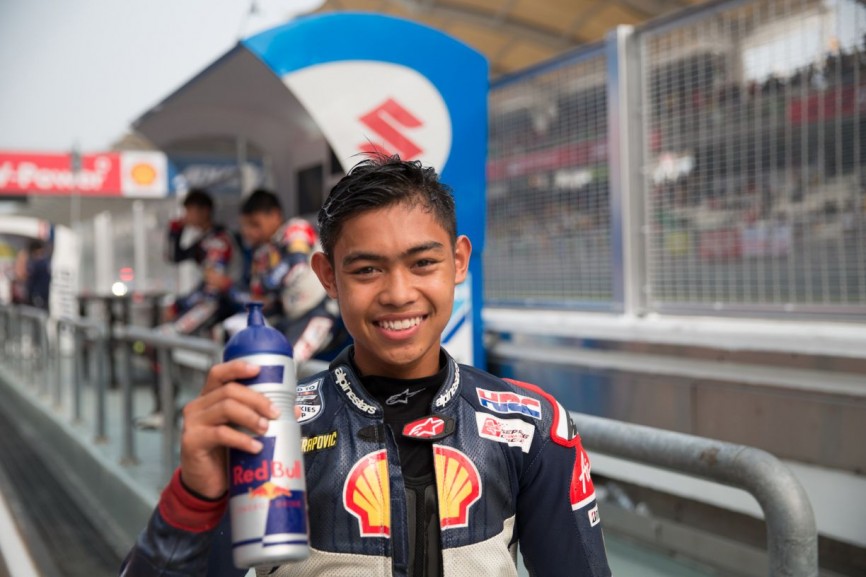 For the Malaysian riders, the weekend’s results sees riders Adam Norrodin and Helmi Azman secure their top ten rankings in the standings. The best amongst the locals is none other than Adam, who ends the in 8th overall with a total point score of 105. Helmi Azman, oh the hand, has elevated up into 10th overall as a result of Fakhrusy’s DNF, having scored a total of 82 points this season. 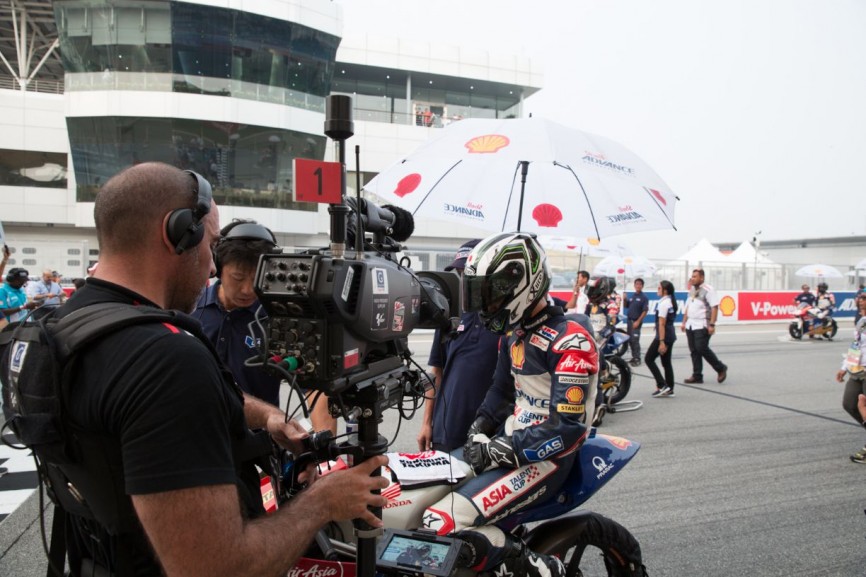 Just missing out on the top ten is Fakhrusy, who now sits 11th overall with 81 points. Shafiq Rasol ends the season in 13th overall with a total score of 61 points whilst rookie Azroy Anuar ranks 14th overall with 59 points scored this season.

Also registered in the standings are wildcards Ahmad Idham and Luth Harith. Ahmad stands as the best of the two having scored points in both Malaysian legs and the Chinese round, with his haul of 17 points ranking him in 17th overall. Luth sits in 22nd overall with his single collection of 5 points scored during the previous Malaysian leg. 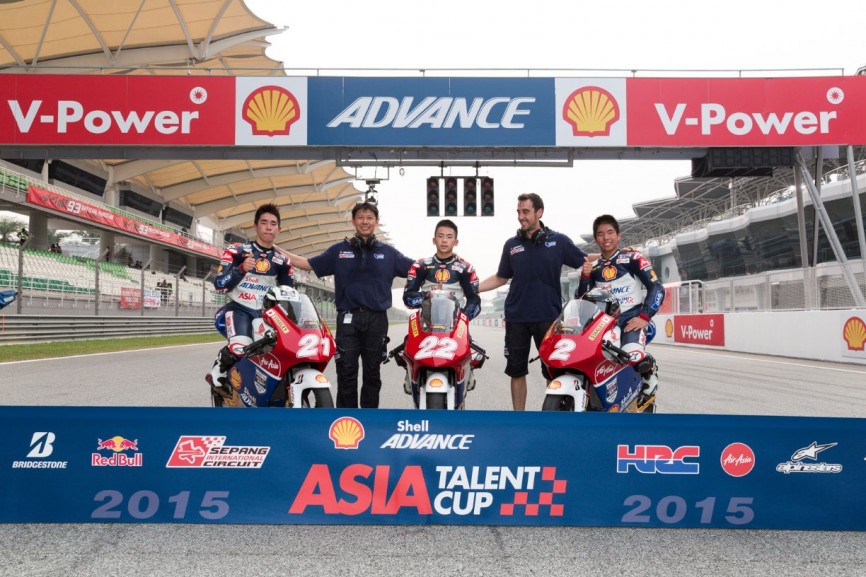 As the season ends, the Japanese contigent has once again shown their prowess and mastery over the series’ Honda NSF250R Moto3 bikes. But it is worth noting that the grid’s non Japanese riders, namely the Thais and the Indonesians, have shown that they can match up thanks to the race wins and podiums scored this season by riders of respective nations. 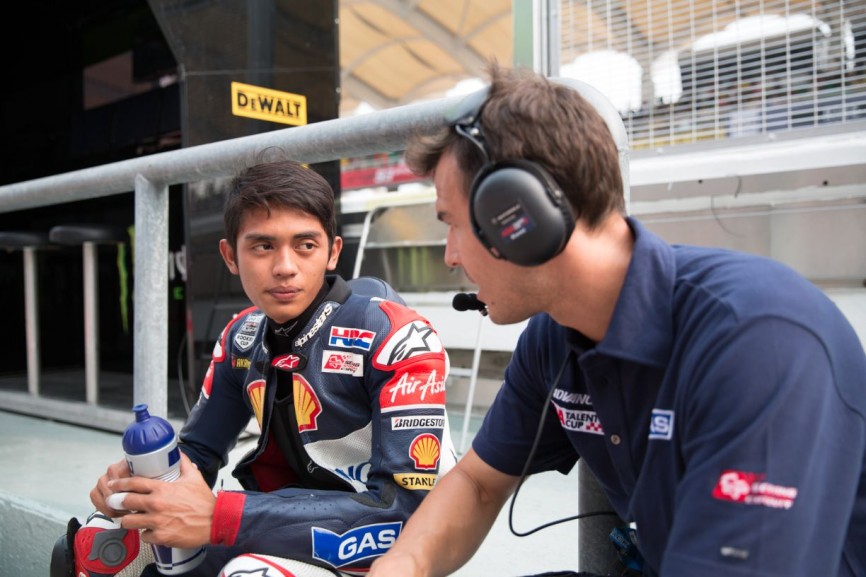 For the Malaysian contingent, a race win has eluded the tally, but the points scored by each rider, as well as the handful of podium finishes earned in both Malaysian rounds are stimulating to say the least.

As the series concludes for 2015, we await the next batch of riders to continue in the third season for 2016. The Asia Talent Cup committee will likely announce the new line up, which will include the 13 new riders selected last week, sometime early next year.