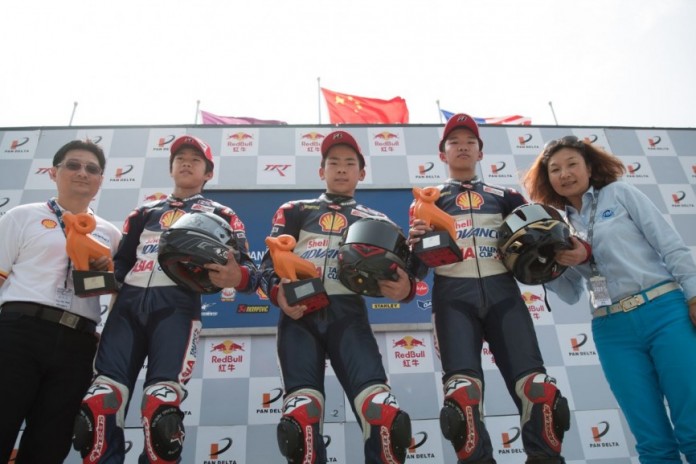 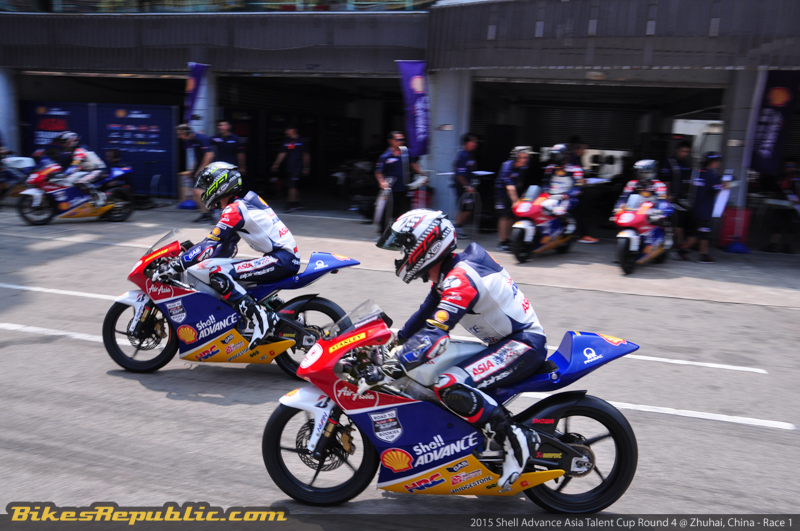 The fourth round of the Shell Advance Asia Talent Cup 2015 got underway earlier today for Race 1 in Zhuhai, China. Once again, drama unfolded towards the later stages culminating in one of the closest race finishes in the series once more. 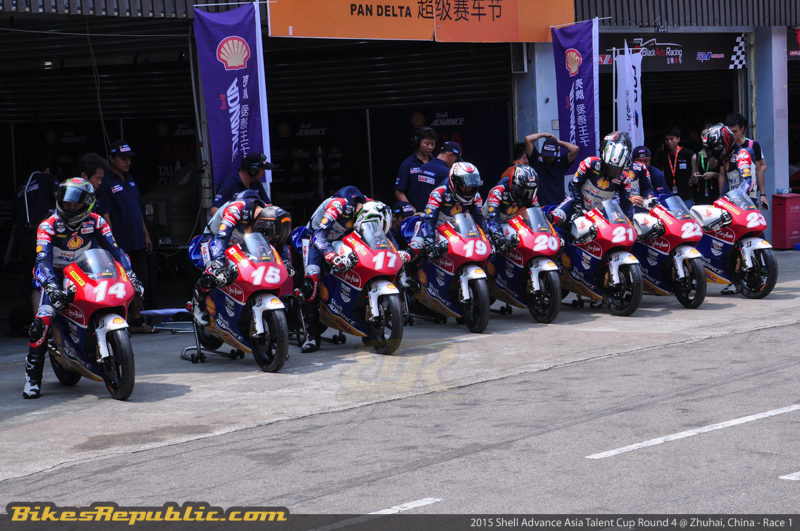 As the lights turned green, the 17-lap quickly turned into a tight five-way battle for supremacy between Japanese riders Ayumu Sasaki, Ai Ogura, Yuta Date and Takuma Kunimine with Malaysian pole-sitter Adam Norrodin in the mix as well. The melee also saw Japanese rookie Kazuki Masaki in the mix early on, but a mistake saw Masaki crash out after just three laps, leaving the other five to slug it out across the 4.3km-long Zhuhai International Circuit (ZIC). 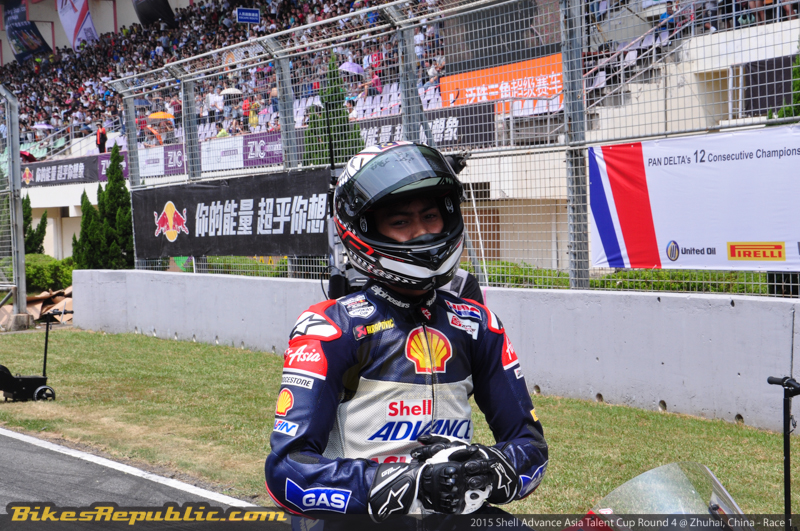 Despite having the advantage of pole position, Adam was working hard fending off the charges from the four front-running Japanese riders. Alas, Adam’s luck ran out on the penultimate lap after a mistake during corner braking saw the Batu Pahat youngster making contact with one of the four Japanese riders, forcing him into the gravel trap. Adam would recover only to cross the line all the way down in 11th. 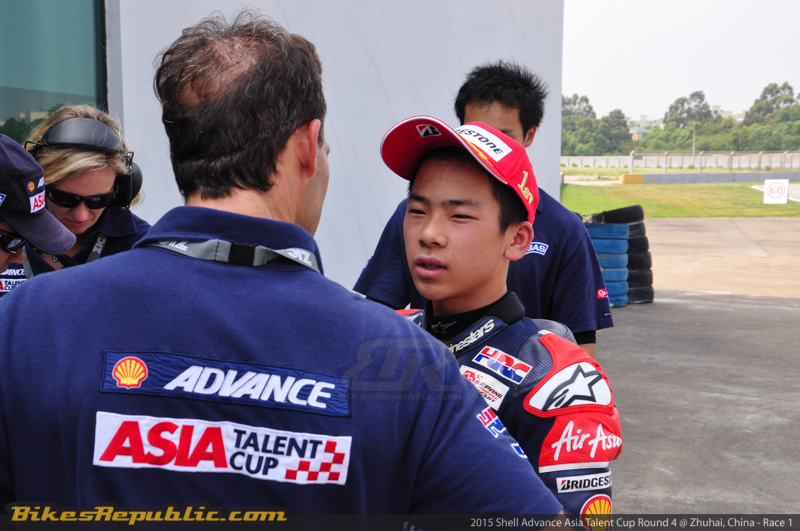 The climax of the close five-way battle then came at the exit of ZIC’s final turn towards the start-finish straight. This was when championship leader Sasaki and his well-devised race tactic allowed him the advantage to overtake second-placed countryman Ai Ogura down the straight and claim victory with just 0.032 seconds separating them. Claiming the final podium spot in third was Yuta Date who crossed the line just 0.870 seconds behind Sasaki. 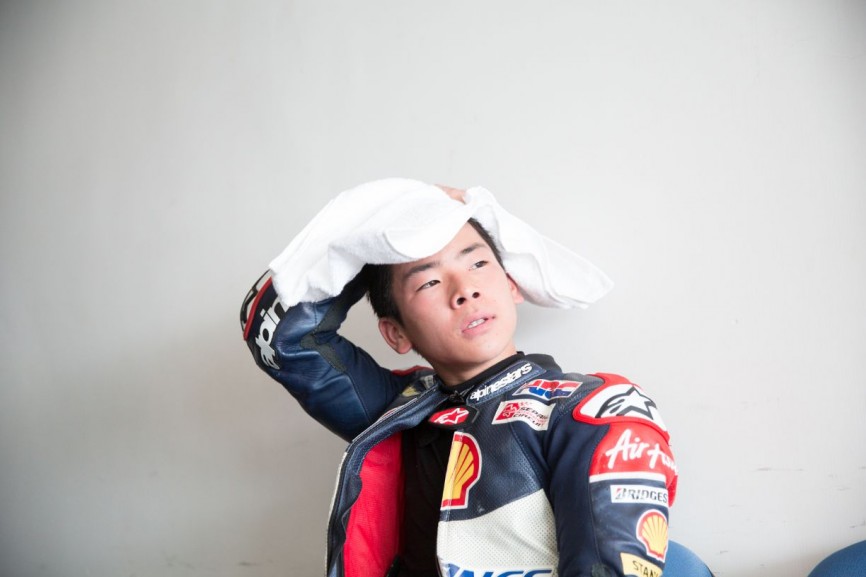 Sasaki’s victory today was indeed a solid redemption from his DNF in the last race in Sepang, with his defence for the 2015 title strengthened further too. Sasaki continues to lead the standing with 126 points in total. Kunimine retains his second place in the standings with a total of 91 points so far whilst Thai rider Nakarin ‘Chip’ Atiratphuvapat ranks third with 89 points in total. 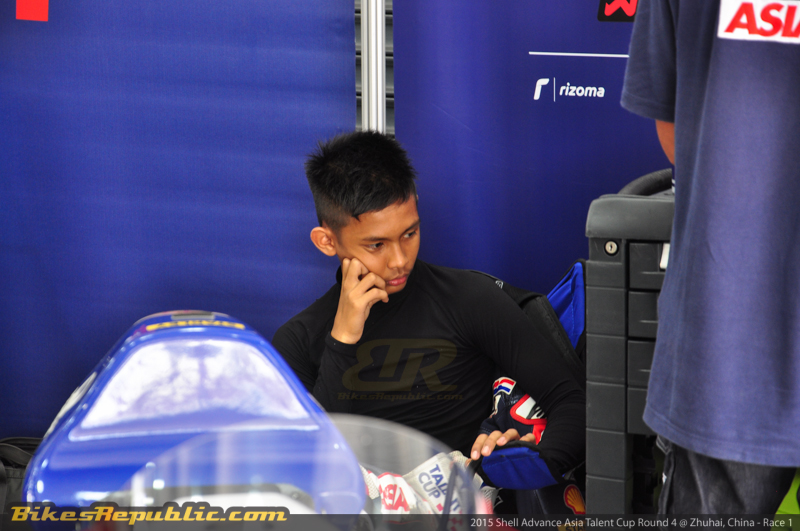 Team Malaysia was hit with a huge blow today. Besides Shafiq Rasol sitting out due to injury and Adam’s costly final lap error, rookie Azroy Anuar’s day ended early after crashing out on lap 3 while Helmi Azman was plagued with bike setup issues that hampered is pace. 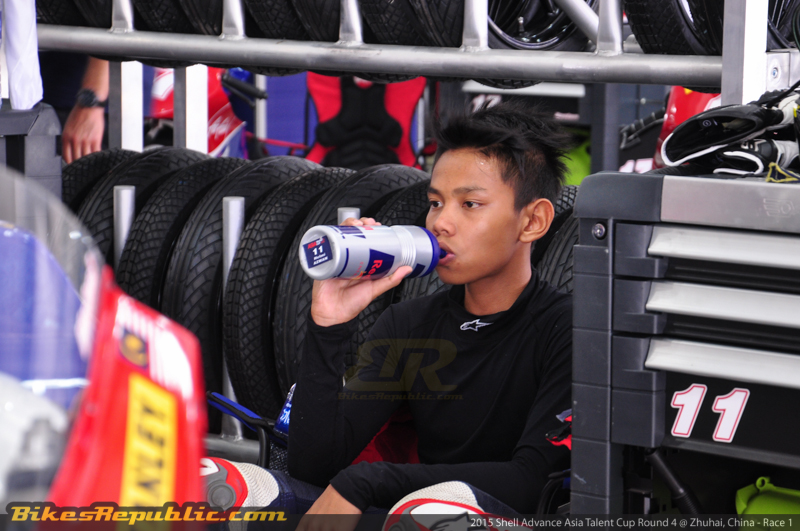 Despite starting strongly from fourth, Helmi would eventually settle for an 8th place finish, making him the best performing Malaysian today. Also the up-side, towering Pasir Gudang youngster Fakhrusy Rostam ended the day in 10th despite difficulties he faced due to his still healing leg injury. Wildcard rookies Ahmad Idham Khairuddin and Luth Harith Erwan, on the other hand, charted yet another successful race finish with Idham classifying 13th and Luth in 16th. The two would once again amass more mileage and race experience, further increasing their chances on becoming full-time series riders for next year. 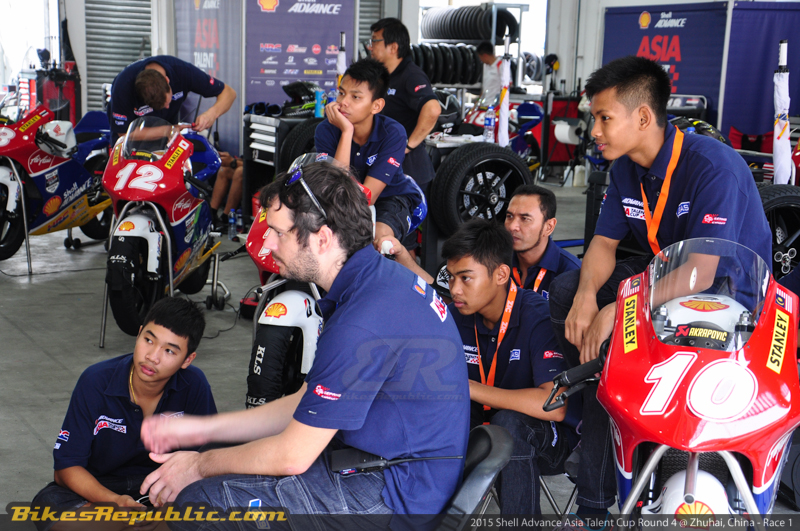 As far as the points standings go for Team Malaysia, things look difficult as Adam and Helmi, who are ranked 9th and 10th respectively, are in danger of losing their top 10 ranking. Fakhrusy is ranked in 11th and ties with Shafiq Rasol in 12th for points. You can see the full points standings in the results gallery below. 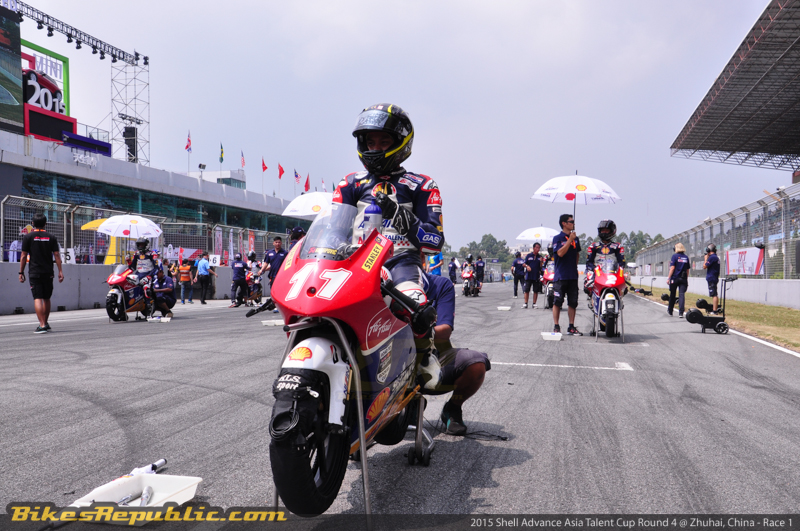 Race 2 is slated to take place tomorrow at 12:30pm local time, with both Adam and Helmi determined to redeem themselves as they still hold strong starting positions in pole and fourth respectively. Stay tuned to our site as we bring you more updates after tomorrow’s race.