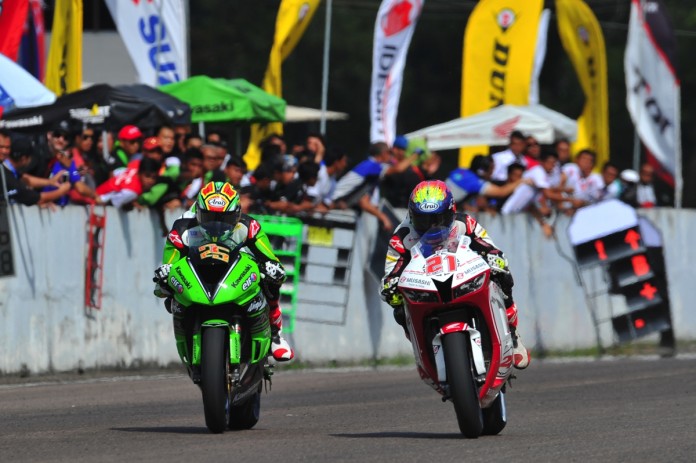 A round up of the season-opening races of the FIM Asia Road Racing Championship 2016 (ARRC 2016) in Pasir Gudang, Johore.

The FIM Asia Road Racing Championship 2016 (ARRC 2016) kick-started its season with plenty of thrills and spills last weekend in the Pasir Gudang Circuit, Johore. The weekend began on Thursday, March 31 and culminated on Saturday, April 2 in accordance with the Southern state’s practice of the traditional Muslim working week.

As always, ARRC 2016 featured three categories being contested starting with the Underbone 130 (UB130) and the Asia Production 250 (AP250) classes that support the main SuperSports 600 (SS600) category. Here’s a complete round up of the weekend’s results in Johore. 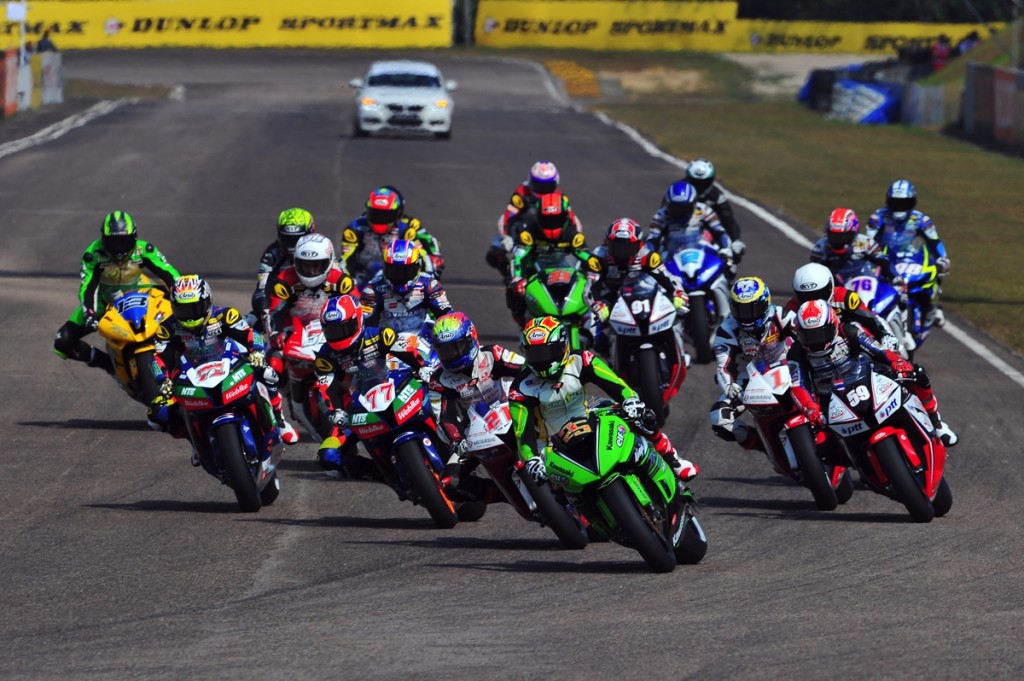 Returning champion Azlan Shah Kamaruzaman, now astride the BikeART Racing Kawasaki Team machine reigned victorious in both Race 1 and Race 2. The former national Moto2 rider was a top favourite for the weekend and his double victory is nothing short of a really sweet comeback for the former ARRC champion as he ends Kawasaki’s drought of race wins in the ARRC series.

Joining him on the podium in Race 1 was T Pro Yuzy Honda NTS rider Tomoyoshi Koyama in second place whilst pole-sitter Zaqhwan Zaidi of the Musashi Boon Siew Honda outfit took third place and the final podium spot. In Race 2, Azlan remained at the top step of the podium whilst Zaqhwan again finished third behind his Musashi Boon Siew Honda teammate Yuki Takahashi in second.

With his double race win, Azlan Shah now leads the ARRC’s SS600 standings. The returning champion looks set and ready to claim yet another ARRC title trophy for his collection this year indeed. 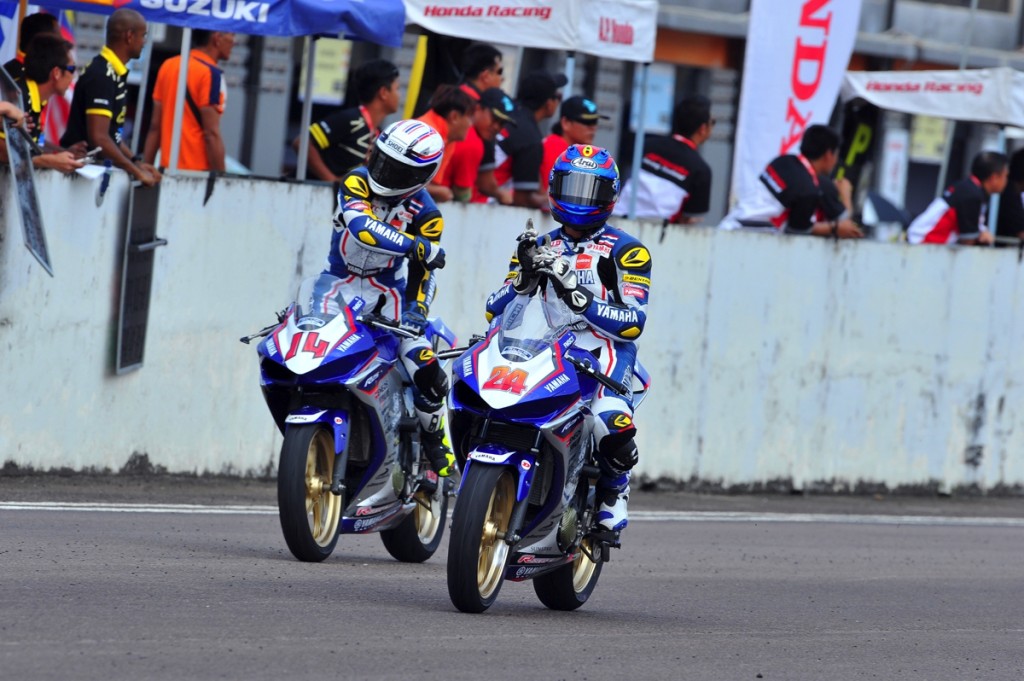 In the Asia Production 250cc class, Race 1 began with chaos and commotion when 21 riders out of the 28-bike grid were penalised for dangerous riding behaviour during the qualifying session.

These riders, including provisional leader Apiwat Wongthananon, were caught riding too slowly during the qualifying session and were subsequently penalised with 15 seconds added to their fastest time. This then led to the reshuffle of the starting grid for Race 1 grid with the top runners pushed to the middle of the grid.

However, it didn’t take long for Apiwat and a few of his compatriots to claw their way up the field during the race. The Thai riders’ excellent racing came into play at the end of the race, reminiscent of the exact same tactic used in 2015.

Apiwat would lead his Yamaha Thailand Racing teammates Peerapong Loiboonpeng and Anupab Sarmoon to dominate the podium in Race 1. The trio would again stand in the same order on the podium for Race 2 the next day, this time with little difficulty from their front row start.

Like Azlan Shah in the SS600 class, Apiwat Wongthananon leads the championship standings having scored maximum points from his double win. He now edges over teammate Peerapong Loiboonpeng with a 10-point advantage. 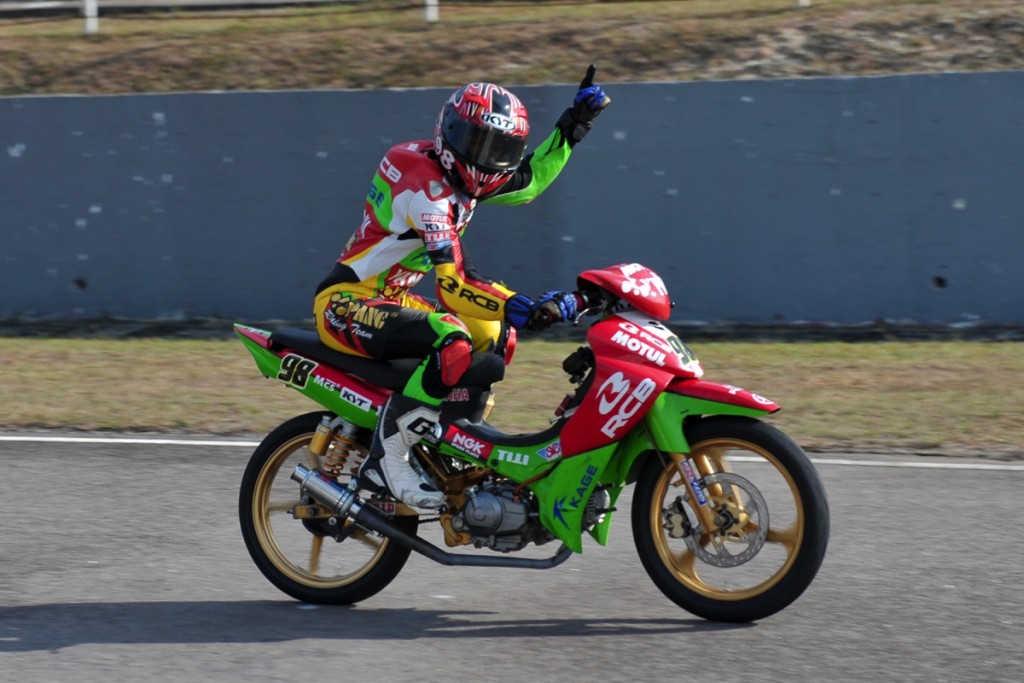 Round 2 of the ARRC 2016 season will take place next month on May 7 and May 8 in the Chang International Circuit, Buriram, Thailand. More information is available online via the official ARRC website and the official ARRC Facebook page as well.