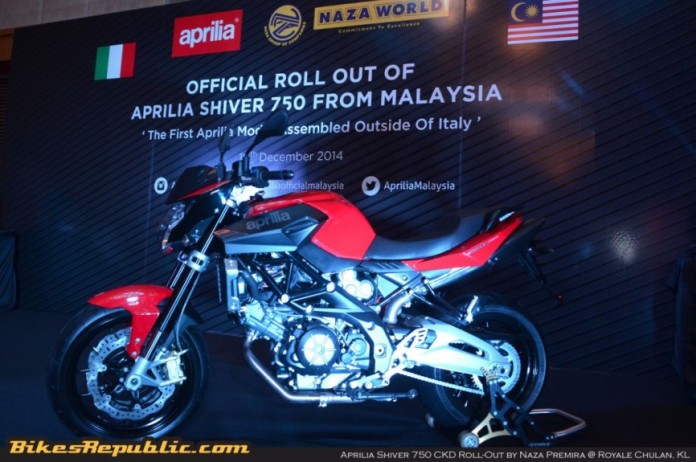 Naza Premira becomes first and only firm outside Italy to locally assemble the Aprilia Shiver 750 CKD naked bike, pricing it at RM43,888 nett. 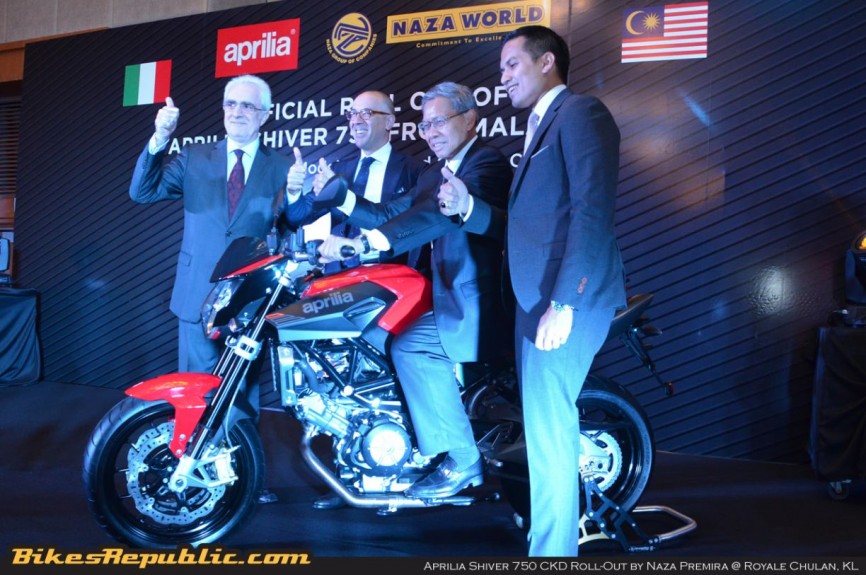 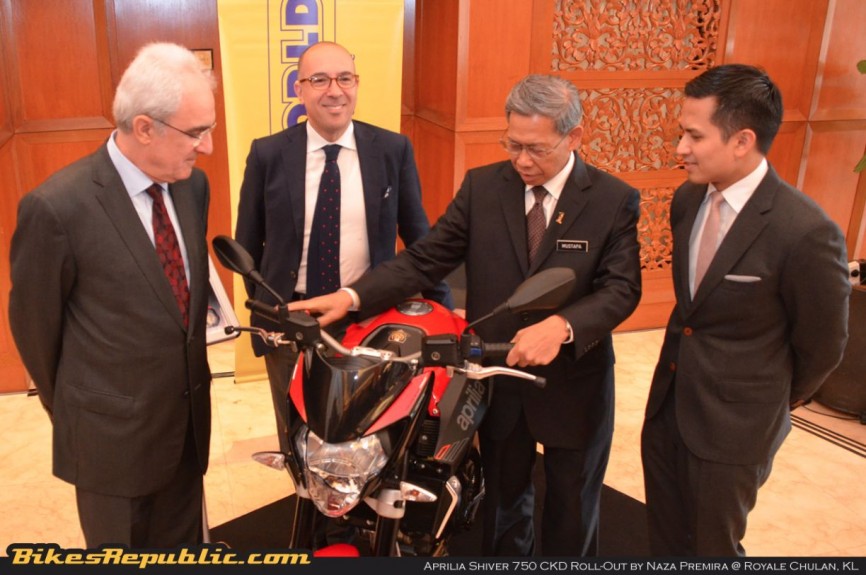 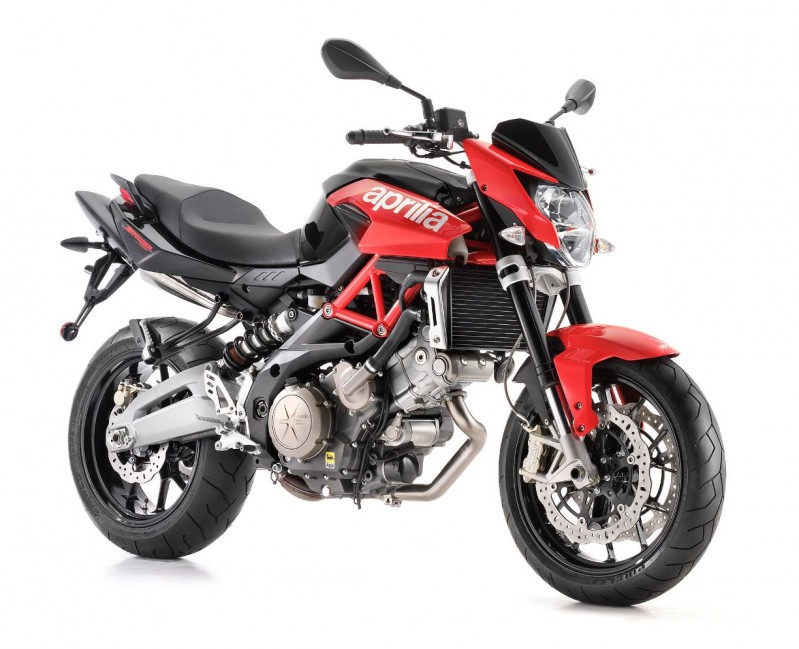 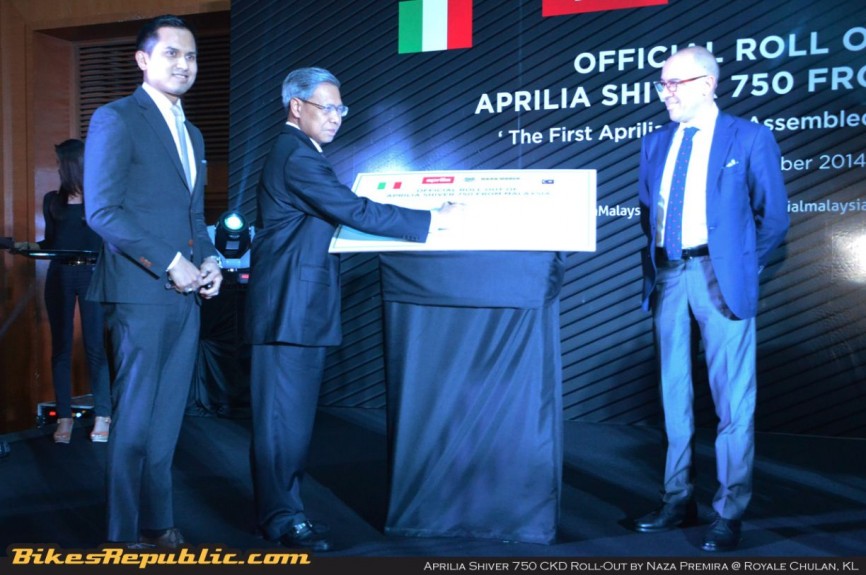 The Shiver 750’s Malaysian CKD programme sees the Naza Group pump in an investment worth RM5 million in total, with another RM1 million being devoted to parts inventory. According to Simone Niccolai, the Shiver 750 was chosen for induction in such a programme as a response to the local market’s rapidly growing middleweight naked bike segment. 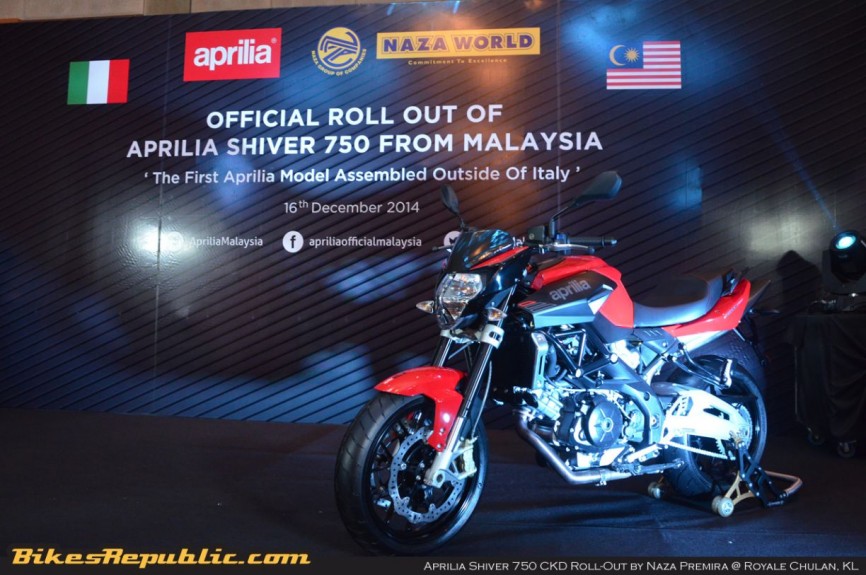 Previously, Naza Premira was retailing the fully imported (CBU) Aprilia Shiver 750 model at RM56,300 (nett selling price). The CKD version, on the other had, will be offered at a reduced price of RM43,888 (nett selling price) inclusive of a two-year manufacturer’s warranty – a substantial reduction of RM12,412.