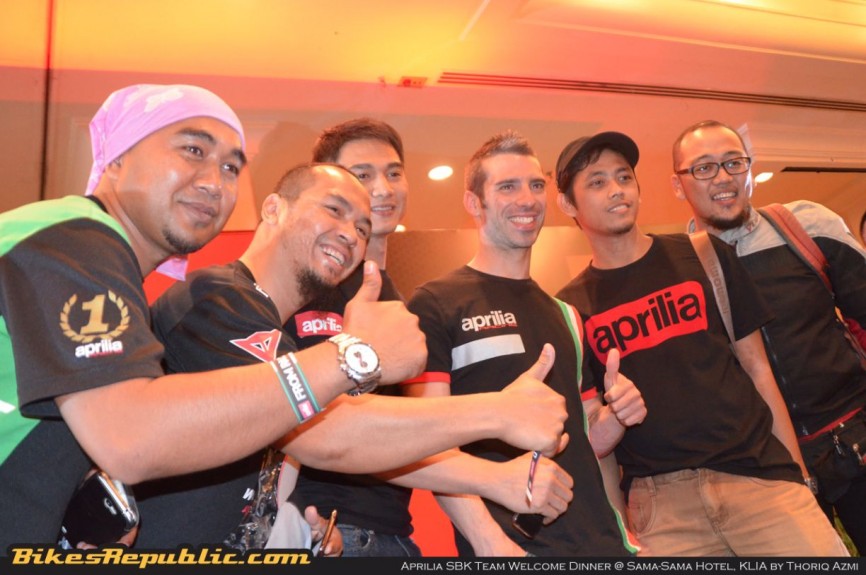 A festive night out welcoming the Aprilia Racing Team prior to this weekend’s Malaysian leg of the WSBK Championship. 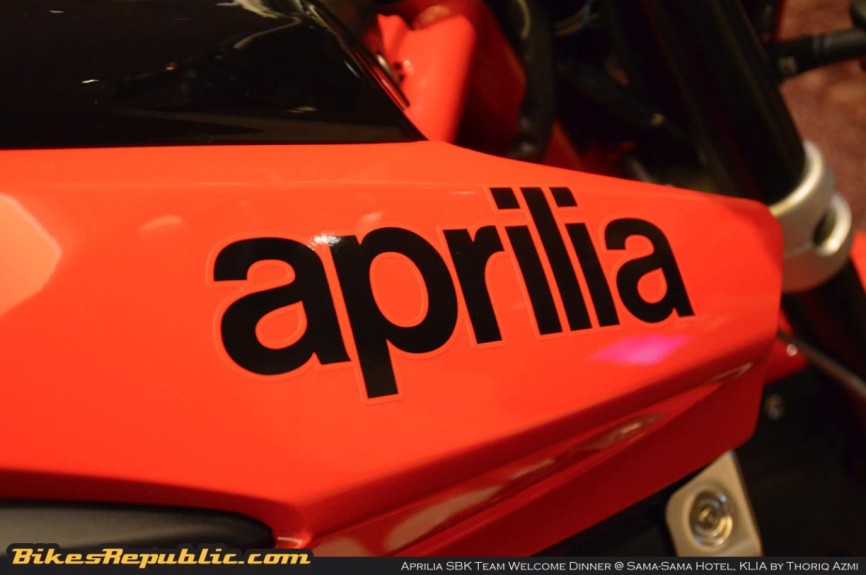 Malaysian Aprilia bikes importer and distributor Naza Premira Sdn Bhd earlier today held an exclusive welcome dinner with the Aprilia Racing Team. The event, which took place in the Sama-Sama Hotel, KLIA, was an exclusive event held especially for Aprilia owners and official club members only, plus a select group of invited press members as well. 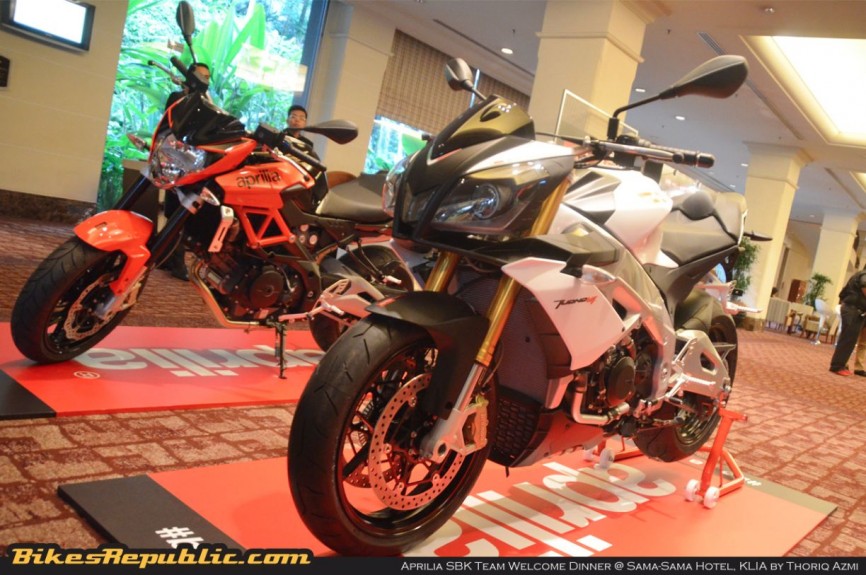 The evening’s mission was to welcome the Aprilia SBK team in light of the team’s first appearance on Malaysian soil in conjunction with this weekend Malaysian leg of the WSBK championship in the Sepang International Circuit. 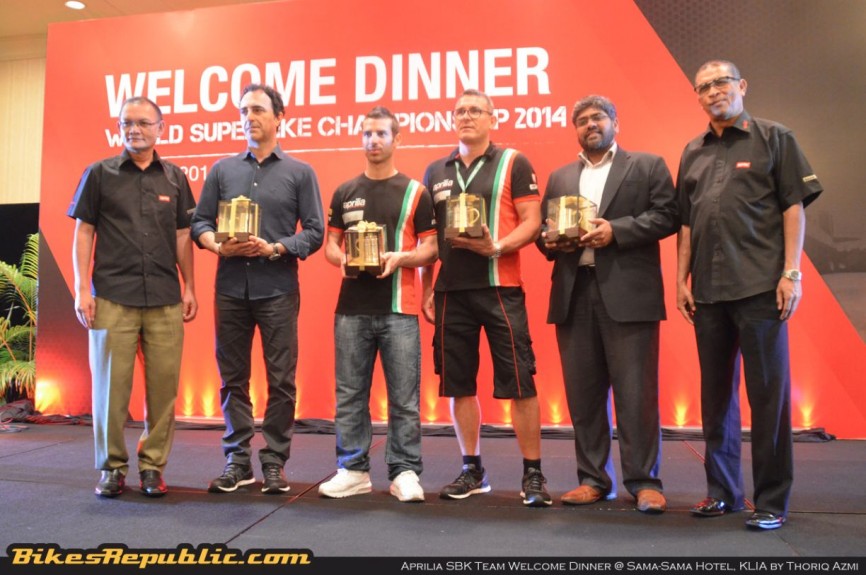 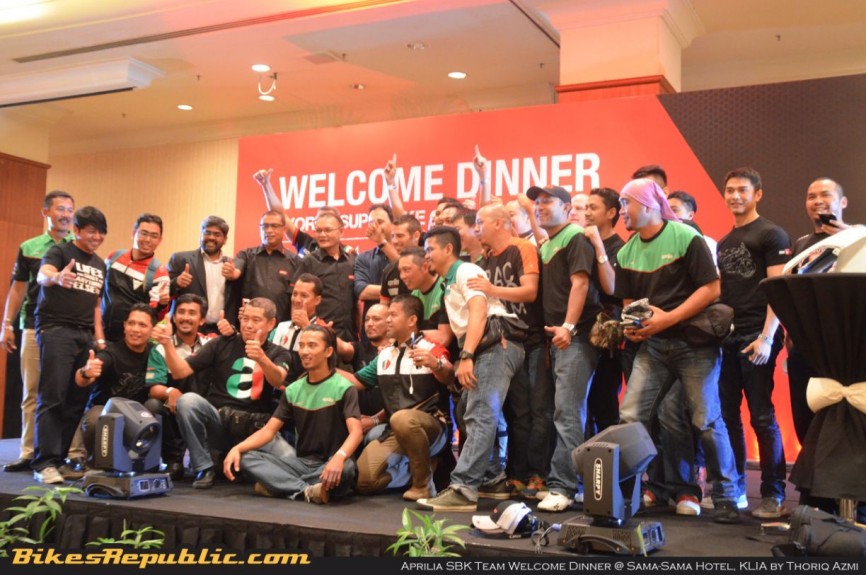 The Aprilia team’s welcome in Sama-Sama hotel was a very warm and festive, thanks largely to the enthusiastic and passionate Aprilia owners and club members present. A special meet and greet session was held as well and Marco was at hand signing out autographs on tee-shirts and various other memorabilia’s for fans present. 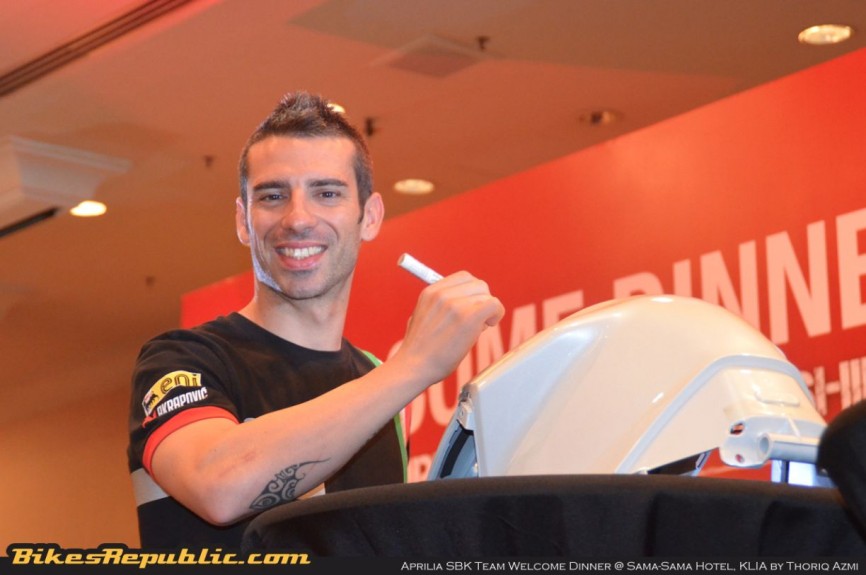 Marco even took time at autographing a few fuel tanks that we believe will be fitted on several fuel tanks of several lucky Aprilia owners.

Check out the gallery below and see what went down earlier today during the exclusive Aprilia Racing Team Welcome Dinner.