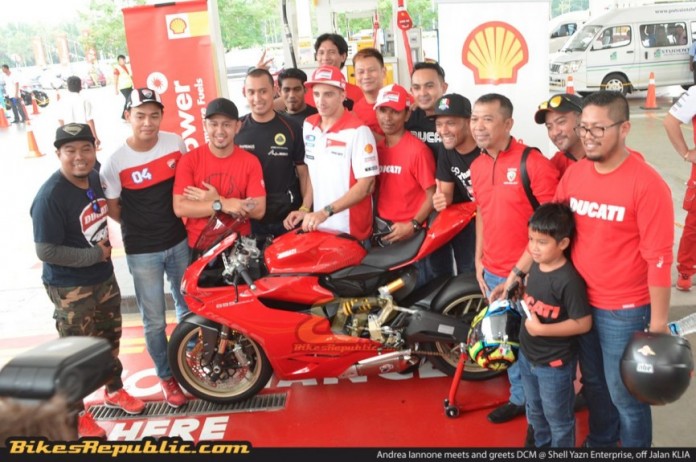 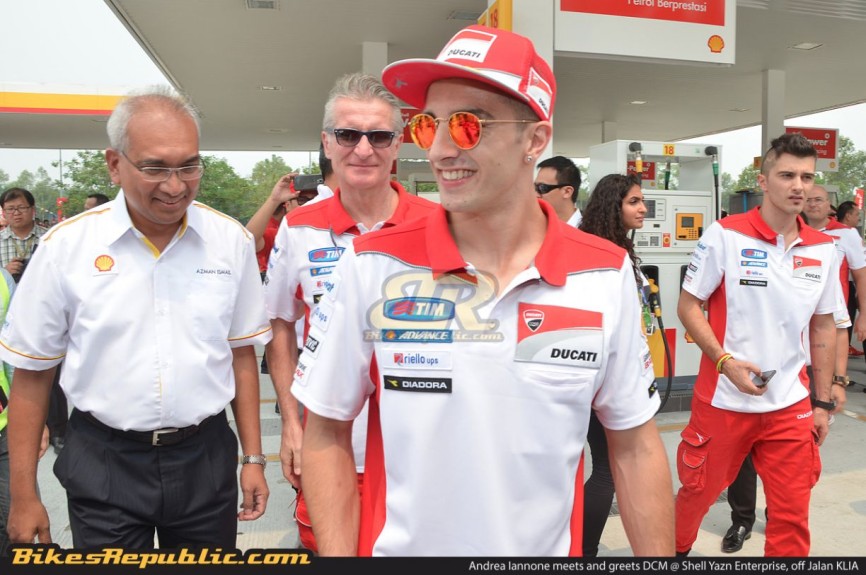 As part of a pre-event promotional exercise, Ducati Corse MotoGP rider Andrea Iannone made a special appearance in the Shell petrol station operated by Shell Yazn Enterprise just outside KLIA near the Sepang International Circuit (SIC). 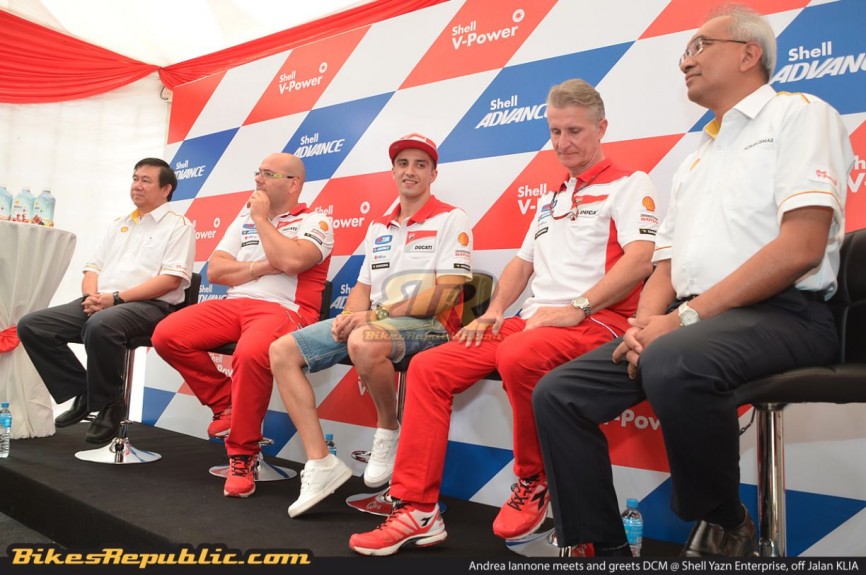 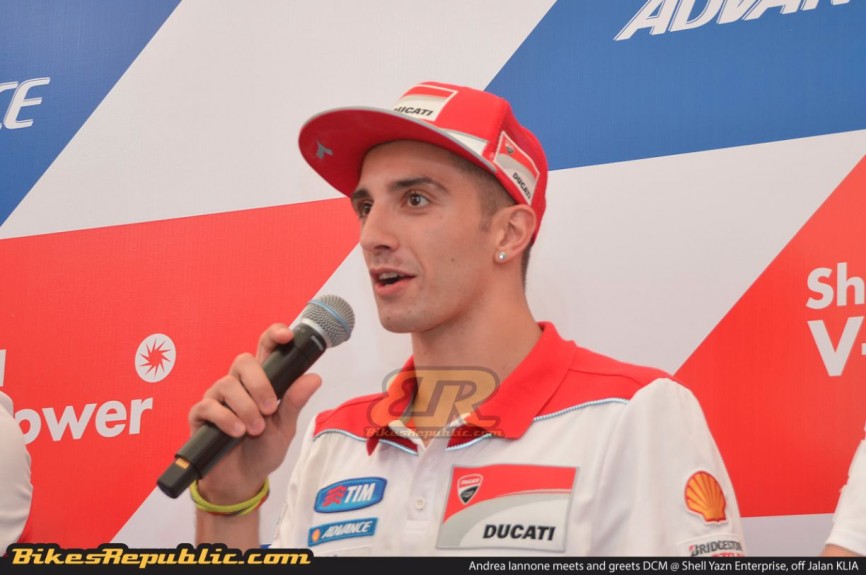 In his dialogue, Andrea also expressed his confidence ahead of this weekend’s race, promising the die-hard fans within DCM with a display of excellent racing as the weekend swings into action. Although his teammate, Andrea Dovizioso, couldn’t make it in time for the appearance due to a delayed flight, Andrea Iannone’s presence was enough of a treat for those present that included several top-tier executives from Shell Malaysia. 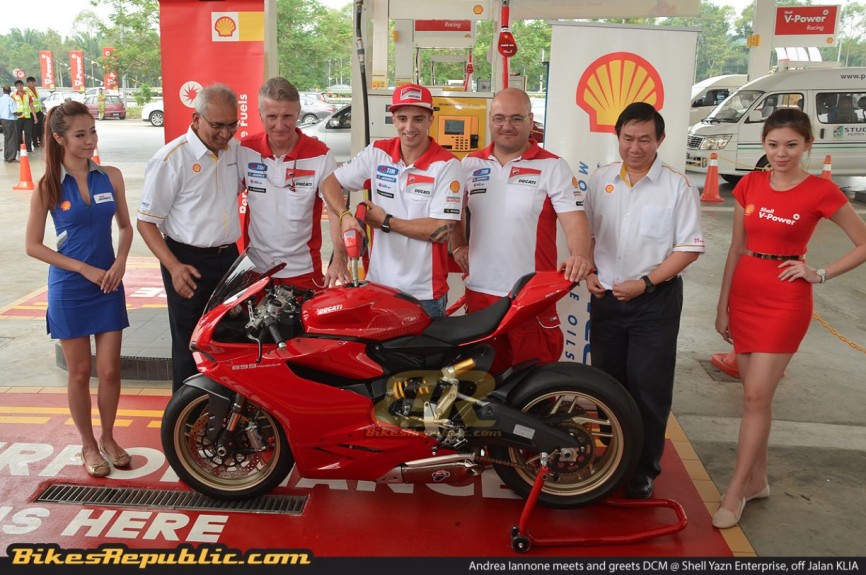 Shortly thereafter, Andrea also took part in a special photo-op with guests present in the station, and even took the chance at topping up the fuel tank of one lucky DCM member’s prized Ducati 899 Panigale superbike before signing his autograph on the tank as well.