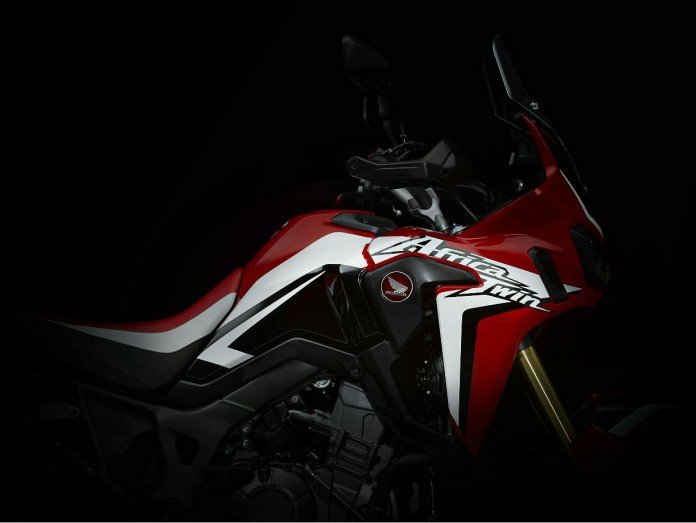 After months of waiting Honda finally released two pictures of what they call the new Africa Twin with some details to follow.

The bike company showcased the ‘True Adventure’ concept bike at the Milan show in November last year, which looked production ready but offered little in detail about the new model or when it would be out for sale. 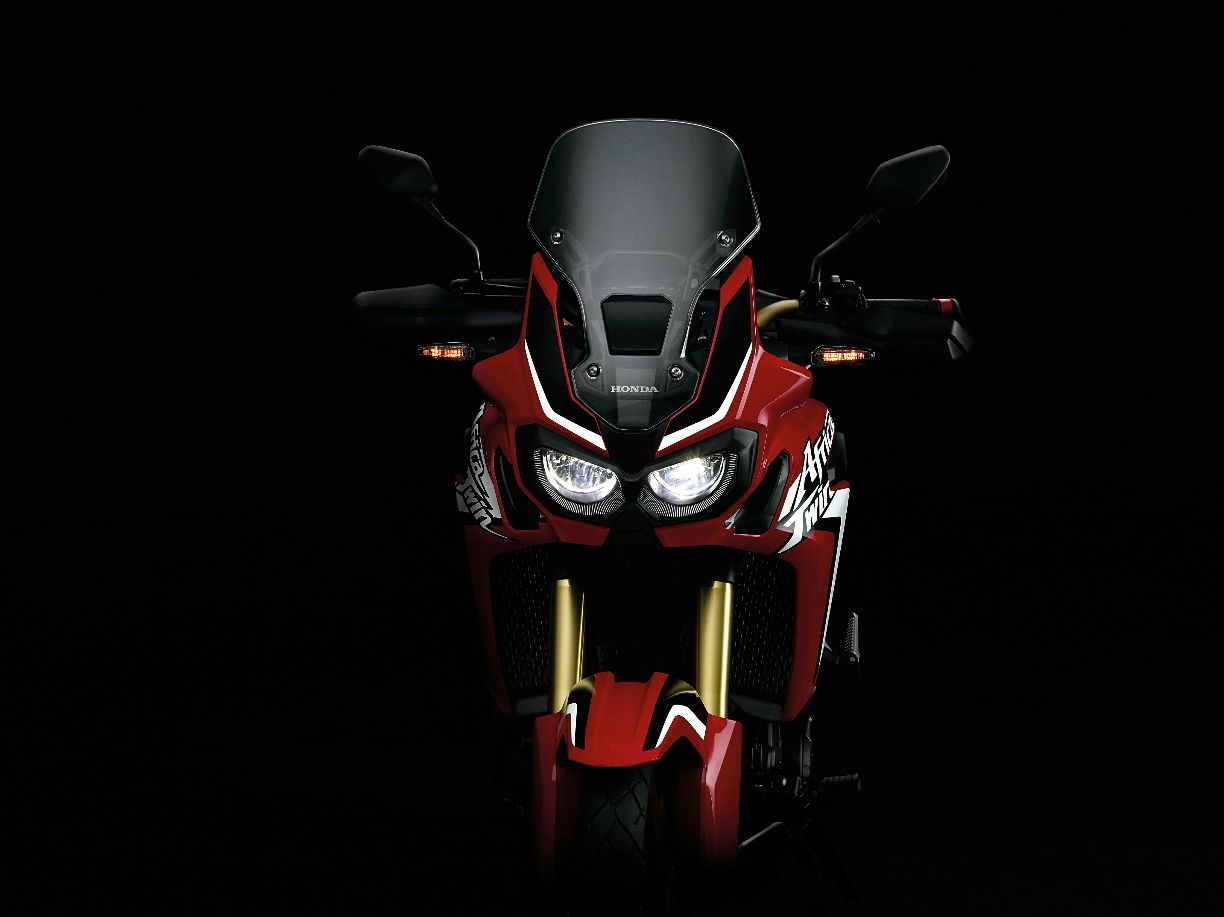 Heres what Honda said in their release –

Honda is delighted to announce the return of one of motorcycling’s most celebrated and evocative names – the Africa Twin. Having clearly shown the direction of its development and intent with the reveal of the True Adventure prototype at EICMA in November 2014, Honda can now confirm that the all-new CRF1000L Africa Twin will be in dealers across Europe in late 2015.

Some motorcycles encapsulate perfectly what an adventure motorcycle is all about. The original XRV650 Africa Twin – which debuted in 1988, after the first 3 out of 4 consecutive wins at the Paris-Dakar* – was one such machine. Its go-anywhere ability, rugged durability, easy-handling agility and all-day comfort made it the perfect partner with which to explore.

And it helped to define a motorcycling segment that has now grown into one of the most popular worldwide.

The new Africa Twin remains true to all the attributes and abilities of the XRV650 and its successor the XRV750, while adding the benefits of everything Honda has learnt on and off-road over the last decade, including Team HRC’s return to the Dakar in 2013**.

Furthermore, in a first for the category, the Africa Twin will feature the option of a new evolution of Honda’s Dual Clutch Transmission (DCT) *** technology, which remains unique to Honda in motorcycling.

This latest evolution of DCT has been specifically developed and programmed to provide the off-road ability with which the Africa Twin is synonymous.

The all-new CRF1000L Africa Twin is set to redefine expectations of just what a large-capacity adventure motorcycle can and should be capable of, both on and off-road, and opens an entirely new chapter in Honda’s illustrious history of dual-purpose motorcycles made for true adventure.

The NXR750V, a full HRC race machine, faced stiff competition in the gruelling Paris-Dakar through the late 1980s but won out in 1986 and 1987 in the hands of Cyril Neveu, in ’88 with Edi Orioli and finally in ’89 piloted by Gilles Lalay.

The road-going XRV650 Africa Twin was produced between 1988-9 by HRC in tribute to their efforts, and laid the foundation of what would become a legendary machine.

In late 1989 the XRV750 Africa Twin was launched and quickly became an adventure touring benchmark.

Revised twice and in production until 2003 it remains a sought-after machine today, with good examples commanding premium prices.

After a 24-year absence, Honda returned to the Dakar in 2013 with Team HRC. For that edition of the race (now run in South America) they developed the CRF450 RALLY – a motorcycle based around the enduro-spec. single-cylinder CRF450X and entered three riders; Team HRC reached their primary target of all machines reaching the finish line.

In 2014, with a completely new CRF450 RALLY, Team HRC brought a 5-man squad to the event; Spaniard Joan Barreda went on to take five stage wins.

Team HRC scored the greatest number of stage victories and Joan Barreda proved an unyielding leader throughout the first week of the rally, collecting more stage wins than any other rider in the Dakar 2015.

Laia Sanz, in ninth, surpassed all of her own objectives and made history by finishing higher than any other female in the history of the Dakar.