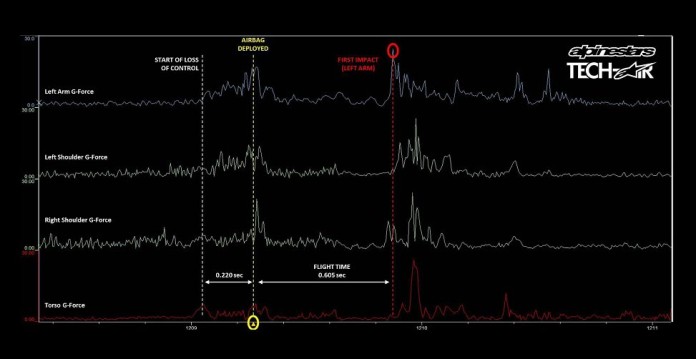 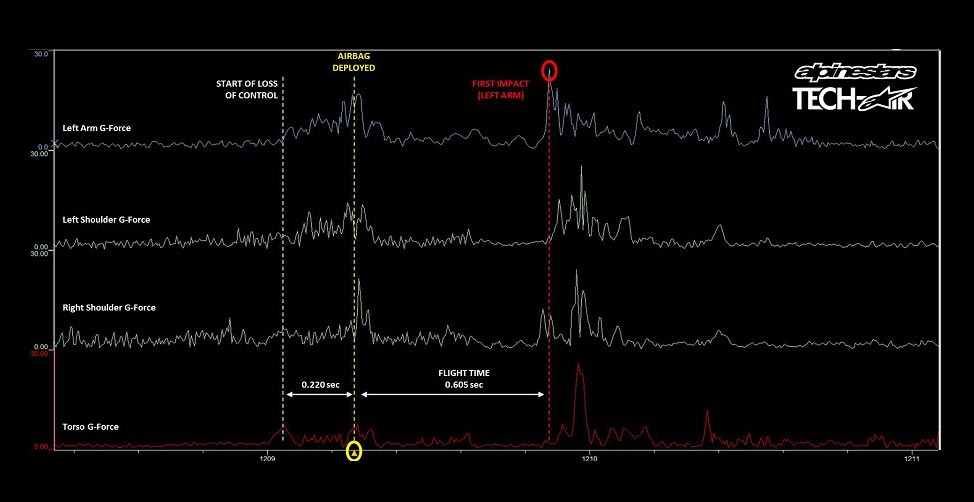 Italian motorcycle apparels firm Alpinestars have released yet another crash data telemetry, this time from Jorge Lorenzo’s collarbone-breaking incident at the Dutch TT not too long ago.

Similar to how data from Marc Marquez’s high speed crash at Mugello was collected, the company downloaded the data from Lorenzo’s high-tech Air-Tech racing suit. The telemetry shows that Lorenzo was airborne for about half second, and his initial arm impact measured at an astonishing 23.75Gs. Lorenzo’s left shoulder and right torso impacts however maxed out the suit’s accelerometer’s 25G capture resolution, suggesting them to be a much harder impact that the first.

Notably, the Air-Tech suit comes with an airbag system. The telemetry showed it being deployed at the 0.220 seconds  time marker in the incident. Despite breaking his collarbone, Lorenzo finished in fifth place despite having a clavicle surgically plated and pinned in Barcelona.