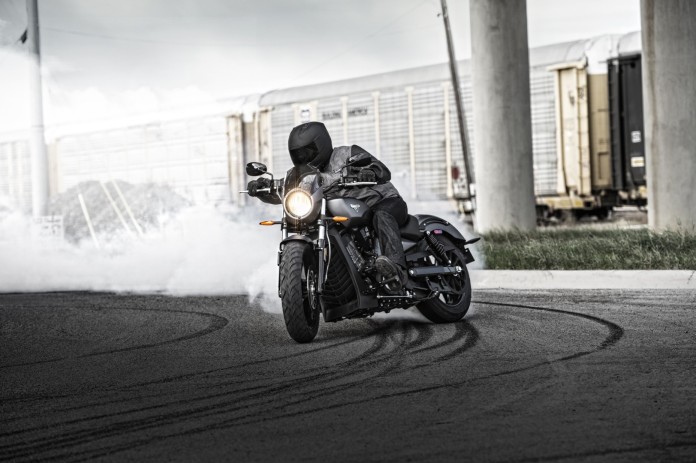 New Victory Octane dragster unveiled as the brand’s most powerful bike ever created. 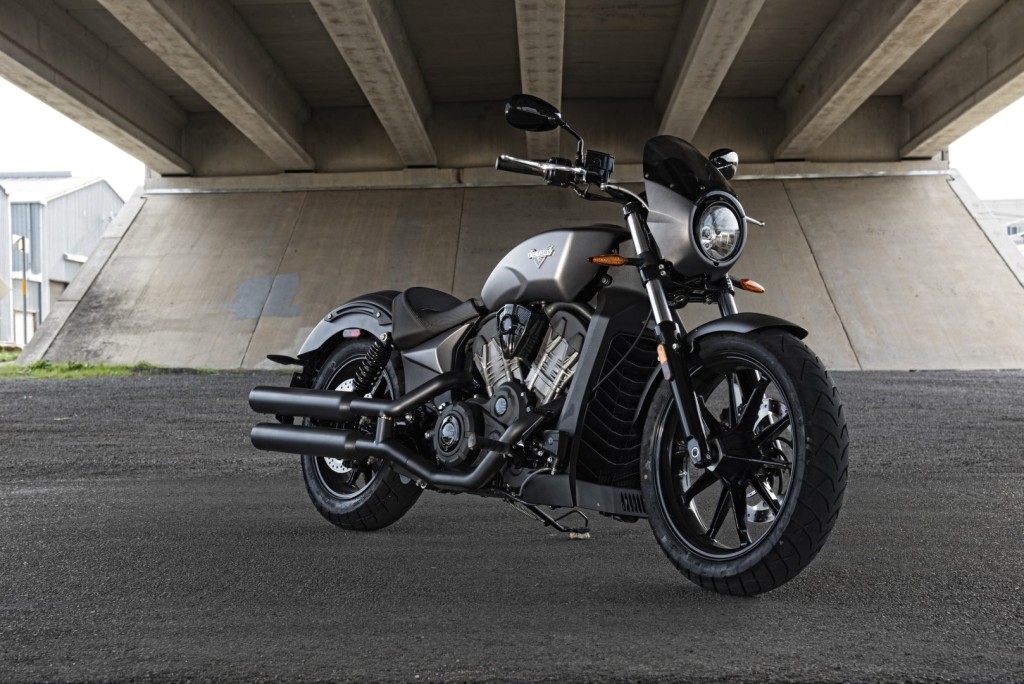 After initially teasing us earlier this month with a series of vague videos, American brand Victory has finally unwrapped its highly anticipated and new Victory Octane dragster model over the weekend.

While not as aggressive-looking as the Project 156 concept it is based upon, the new Victory Octane dragster does boast a muscular and brutish stance thanks to the design’s use of angular lines and dark colours. 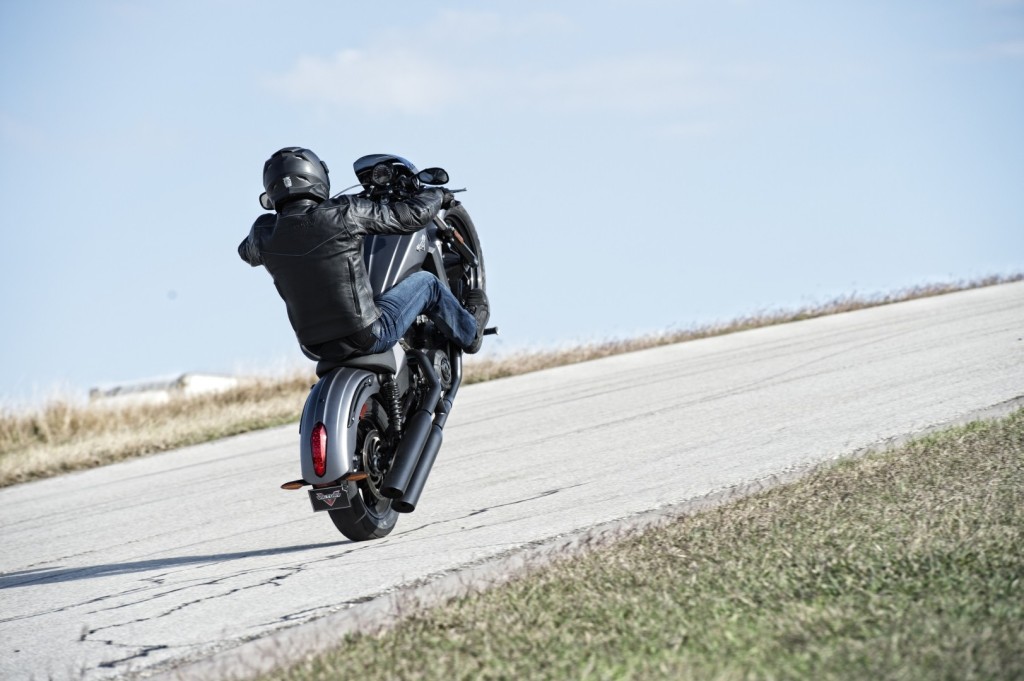 With the Octane, Victory is dubbing it as the ‘modern American muscle bike’ thanks to its basic recipe of having a big engine squeezed into a lightweight chassis –claimed kerb weight figure: 243kg – and without creature comforts. Said engine is a brand new and race-bred 1,179.3cc liquid-cooled V-twin unit with a claimed output of 103hp @ 8,000rpm and peak torque of 98.86Nm @ 6,000rpm – the most powerful engine Victory has ever produced.

The mill is essentially the production version of the engine used in the brand’s Project 156 Pikes Peak concept. Victory states that the engine’s stroke figure of 73.6mm allows this V-twin to rev higher and quicker to make it feel more like a sportsbike engine rather than a typical American V-twin. Complementing that are its 60mm throttle body set and short gearing optimised for pure acceleration. 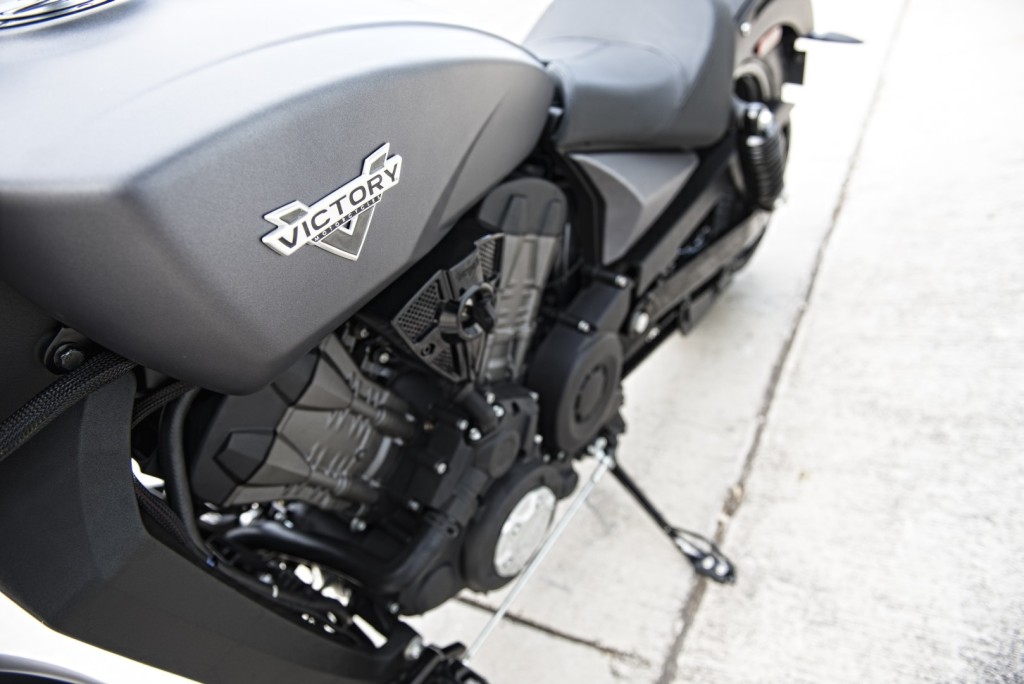 Furthermore, the 1,179.3cc engine also doubles up as a chassis stress member as both the front and rear cast aluminium sub-frame sections are connected to it. The chassis is primed with a pair of 41mm non-adjustable front forks with 120mm of travel and a pair of pre-load adjustable twin rear shocks that offer 76mm of travel. 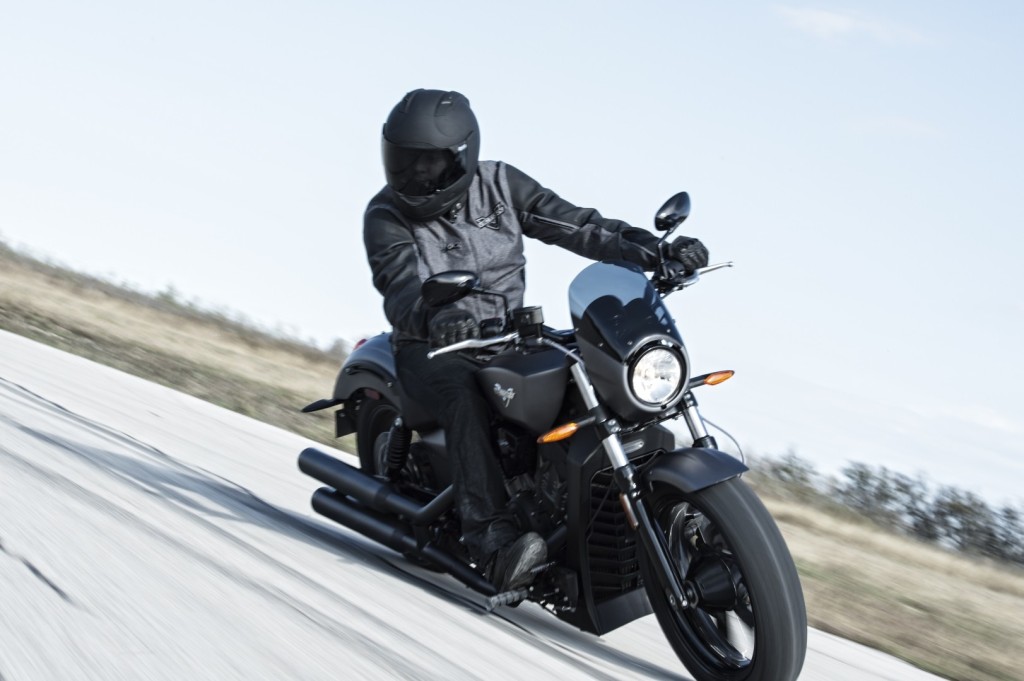 Victory also claims that the Octane boasts a ‘sharp steering geometry’ thanks to its wheelebase 1,578mm and its 32-degrees of lean angle available. Stopping power, on the other hand, comes in the form of all-round disc brakes starting with the front’s 298mm unit grabbed by a dual-piston caliper, followed by the same-sized rear disc unit that’s grabbed by a single-piston caliper instead. Additionally, ABS comes as a standard feature too in this new dragster. 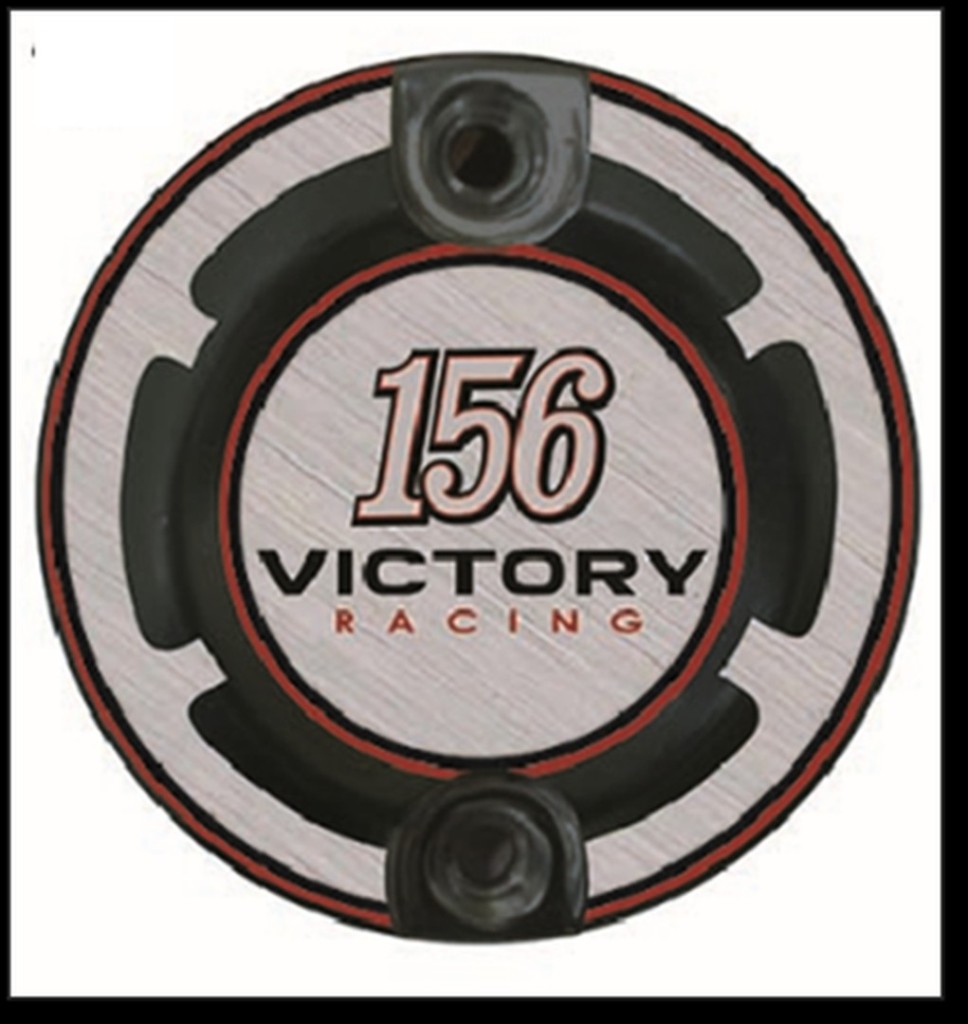 The new Victory Octane will go on sale in both America and Europe with starting prices of US$10,499 and €12,950. Additionally, the first 100 customers (including pre-orders) will benefit with an additional special engine cover with the Project 156 logo design.

Check out more images of the new Victory Octane dragster in the gallery we’ve prepared below.