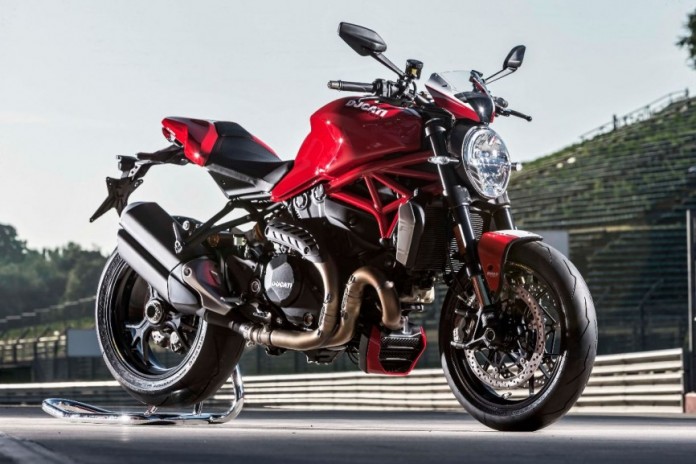 Meet the Monster of all Monsters, the all-new Ducati Monster 1200 R.

After initially teasing it last week, Ducati has finally taken the wraps off its latest creation, the all-new 2015 Ducati Monster 1200 R. 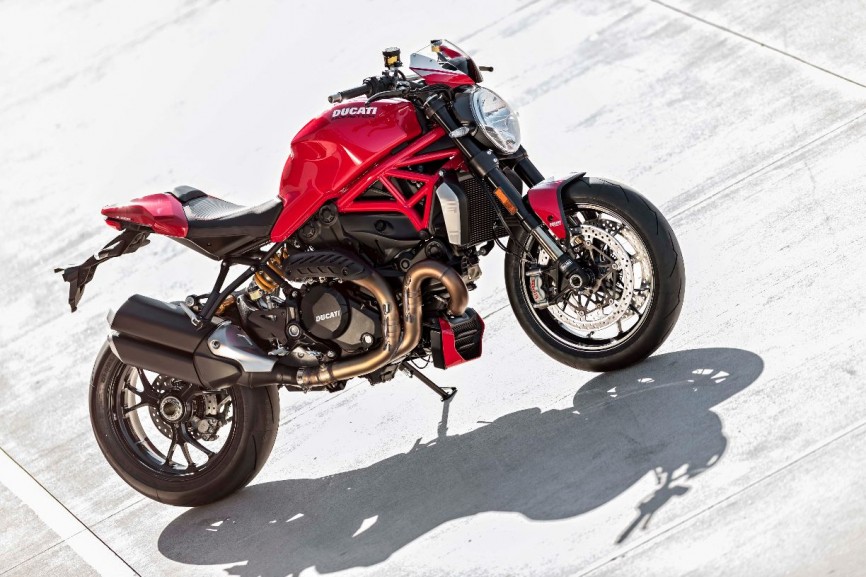 The new super-naked was revealed exclusively during the Volkswagen Group Night just before the 2015 Frankfurt Motor Show opened its doors. And, as previously reported, Ducati will hold an exclusively global press test-ride on road and track in less than two weeks time.

Built based upon the Ducati brand’s current generation Monster 821 and Monster 1200 naked series, the all-new R version packs more power and a sharper chassis package, and it now stands as the Bologna-based brand’s most powerful naked bike ever produced. Here are all the details we’ve managed to garner thus far. 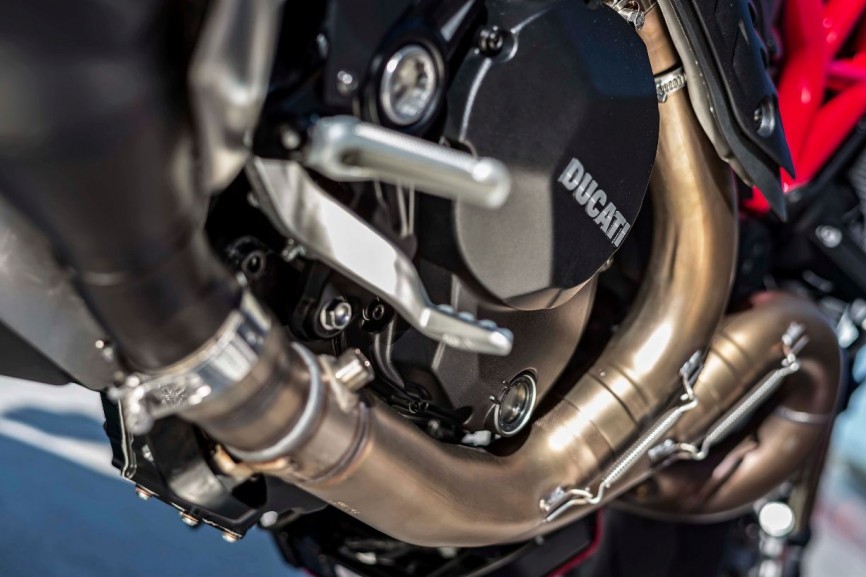 Underneath the tubular steel trellis frame chassis design, the new Ducati Monster 1200 R is powered using its new 1,198cc Testastretta 11° DVT L-twin primed with DVT (Desmodromic Variable Timing) variable valve timing system as found in the Multistrada 1200 DVT. However in the Monster 1200 R, the liquid-cooled mill with four valves per cylinder now develops a whopping 160hp at 9,250rpm and 131.4Nm of peak torque at 7,750rpm. The mill is paired with a six-speed transmission complete with a hydraulically controlled wet multi-plate clutch with slipper action on over-run. 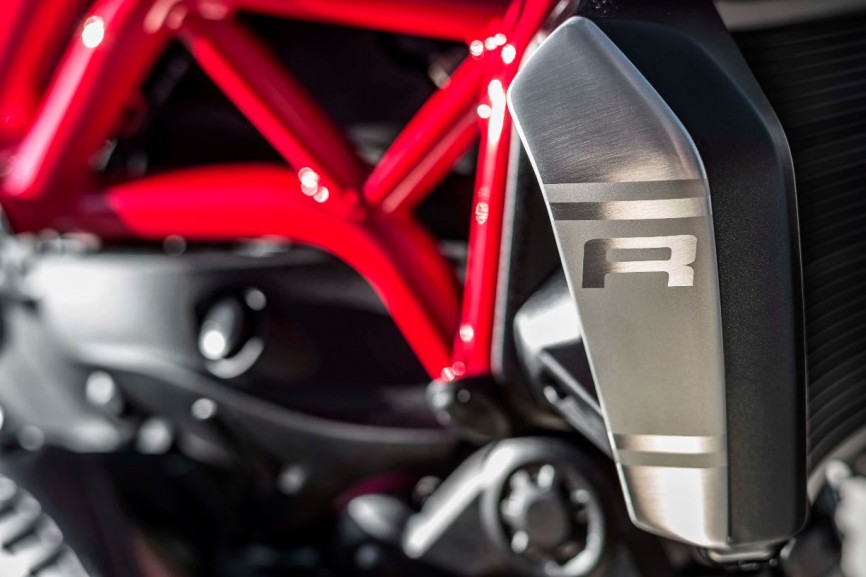 The increased power figure was made possible thanks to the presence of new and larger oval throttle bodies, larger 58mm exhaust ports and its compression ratio raised up to a rate of 13:1. Despite this, Ducati have also made the bike compliant with EURO 4 emissions standards, making the super-naked’s mill one of the most greenest ever produced by Borgo Panigale. 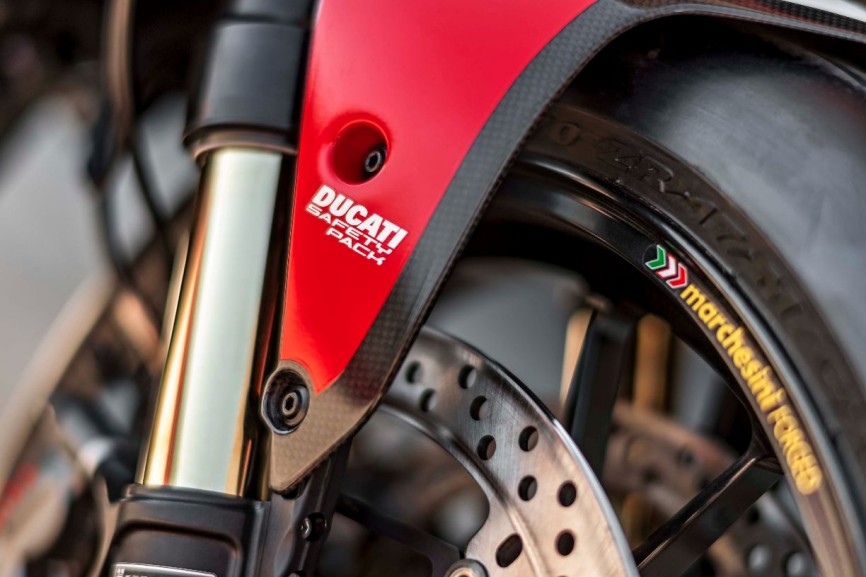 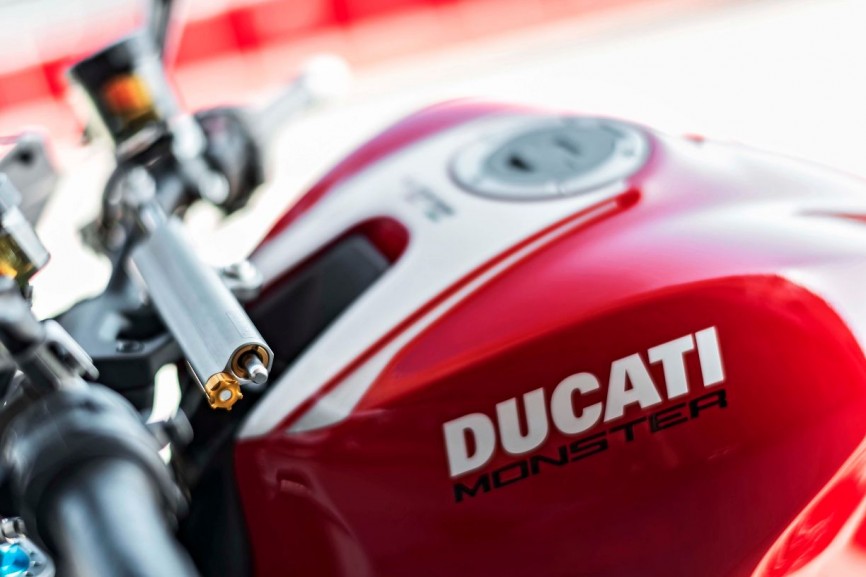 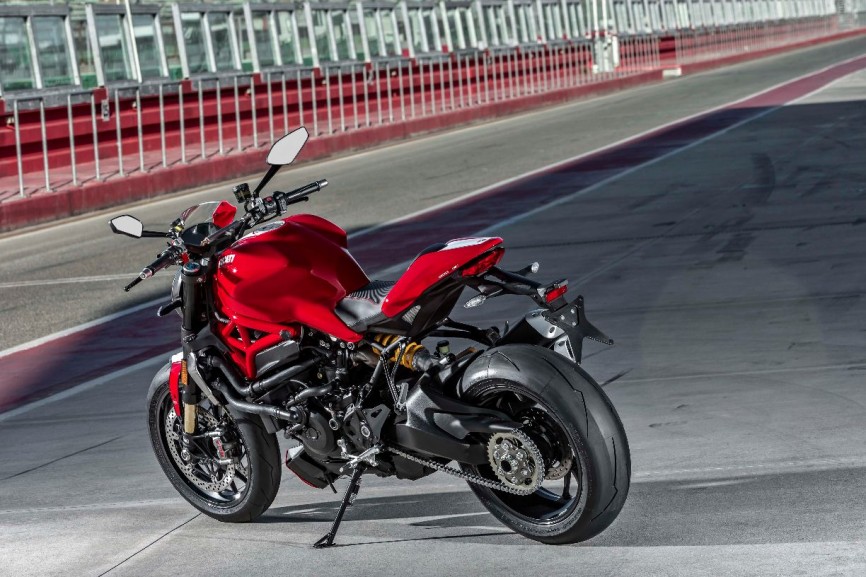 The new Ducati Monster 1200 R is available exclusively in either Ducati Red or Thrilling Black paint schemes only, and is scheduled to hit European dealer showrooms first sometime early next year at a still undisclosed price tag. 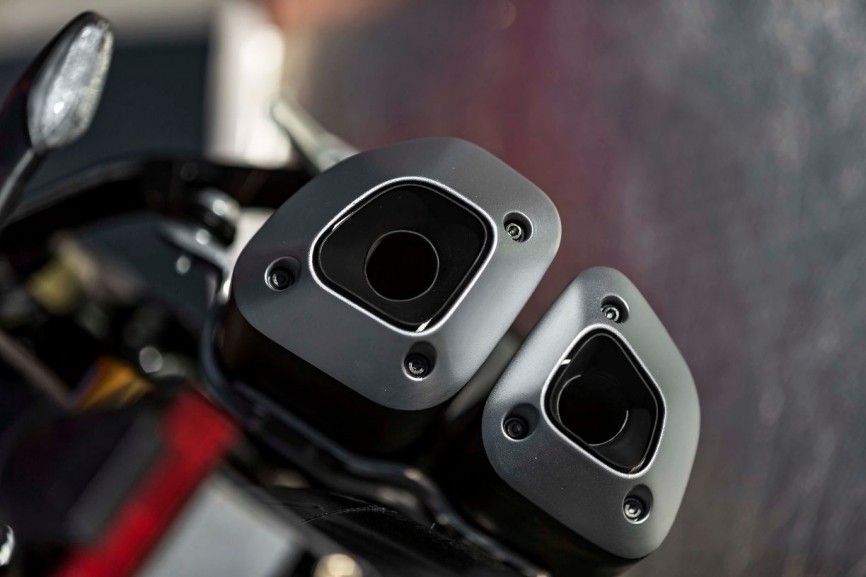 With the facts and figures just presented, the new Ducati Monster 1200 R has ensured the Ducati brand’s presence in the ever-growing performance naked segment – an area it has been absent in since the demise of its 1098 Streetfighter model. It will now go toe-to-toe against the likes of the KTM 1290 Super Duke R and Aprilia Tuono V4 1100 RR.

Check out the gallery below to see more of Borgo Panigale’s all-new super-naked in all its glory.