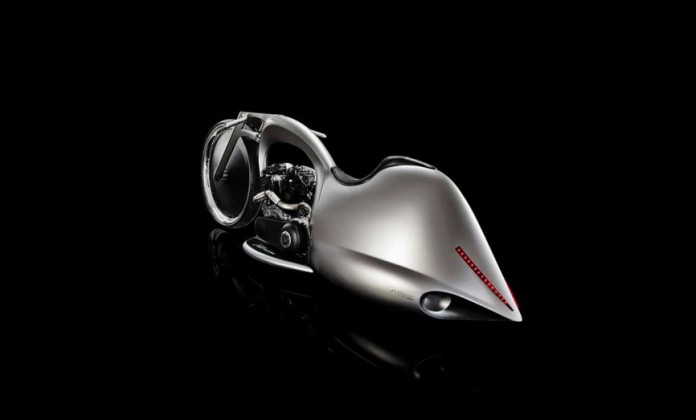 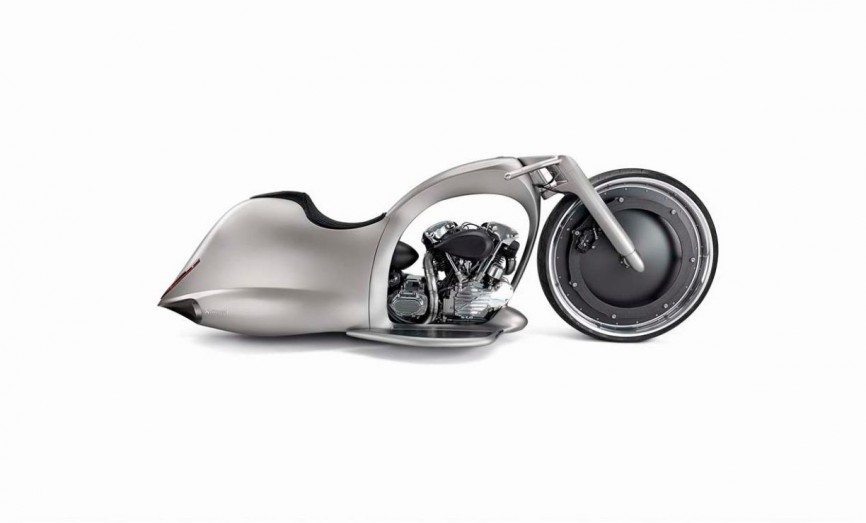 The styling appears as if the Slovenian brand wanted to merge a cruiser bike with the likeness of an intergalactic starship. Contrasting itself against current trend, the concept cruiser is much more sleek and streamlined in its design. Slovenian custom builders Dreamachine Motorcycles built the concept, the same team that created Akrapovic’s Mosus concept back in 2011. 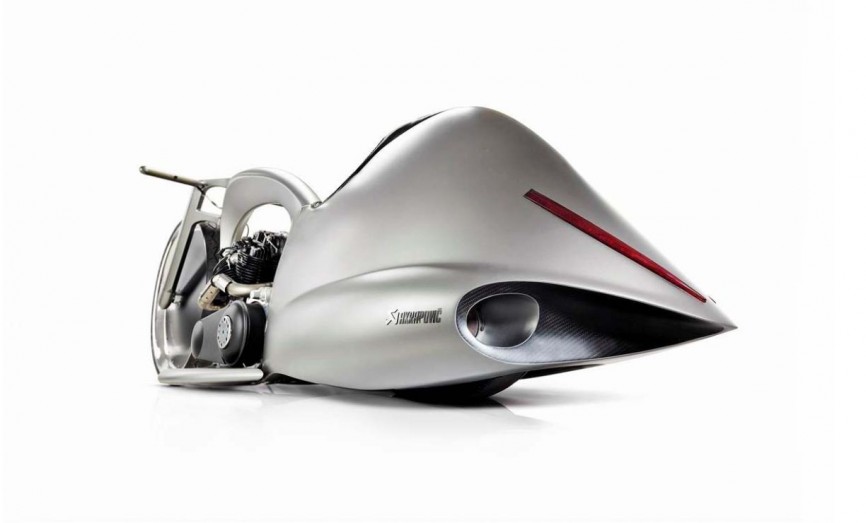 The powertrain is encased is a monocoque chassis design which has the teardrop rear end subframe attached to it. According to Akrapovic, the steering is “fully automatic”, adopting electronic componentry instead of the traditional manual mechanical linkages. 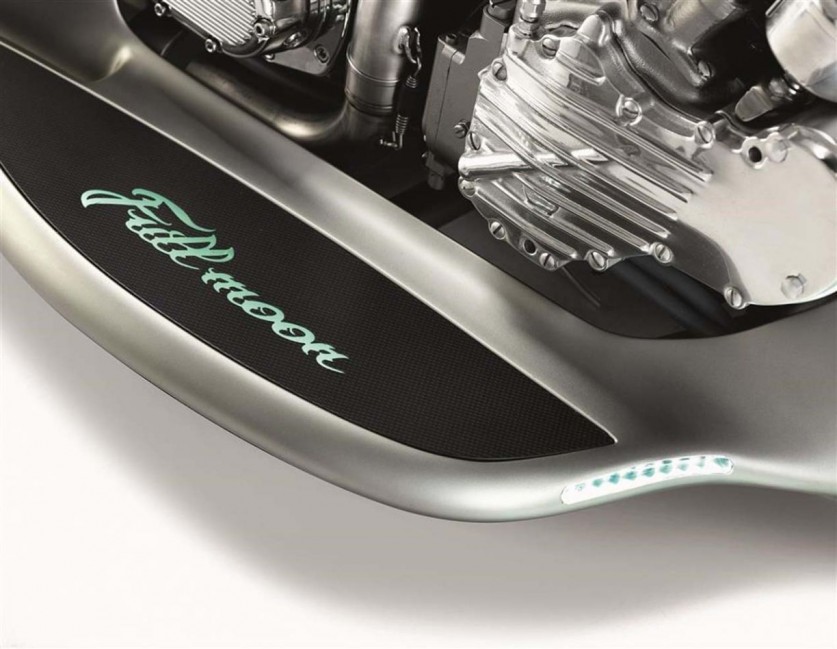 There is also a hydraulic lowering system in the suspension that allows the Full Moon Concept to sit on the ground, negating the need for a centre or side-stand when parked.