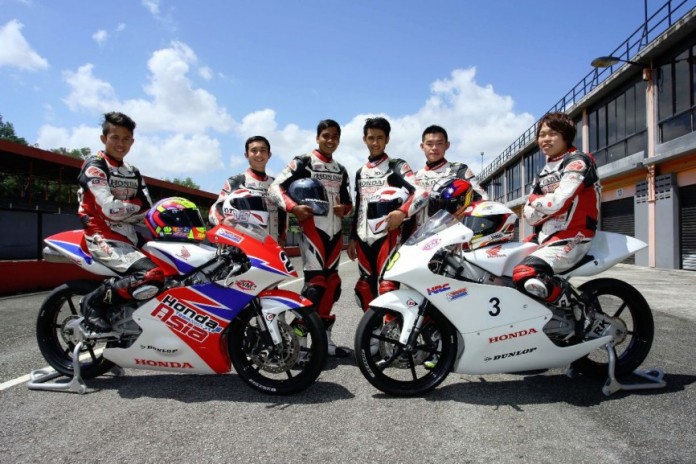 With the rest of the PETRONAS Asia Road Racing Championship contingent taking some time-off racing, top-performers of the 2014 Asia Dream Cup series got the chance to test actual Honda Moto3 machines at the Pasir Gudang Circuit in Johor.

The two-day test that began on Monday was attended by reigning Champion and FIM CEV Repsol Moto3 Junior World Championship bound, Khairul Idham Pawi from Malaysia, Syunya Mori from Japan, India’s Sarath Kumar, Taiwan’s Chuang An-Yu and Aditya Pangestu and Andi Farid from Indonesia. India’s Sumit Loucs Toppo was supposed to be in attendance as well but had to pull out last minute due to unforeseen circumstances.

This is the first time that the Asia Dream Cup Moto3 test was held at the Pasir Gudang Circuit. For the past two years the test was immediately done at the Losail Circuit following the conclusion of the PETRONAS Asia Road Racing Championship. 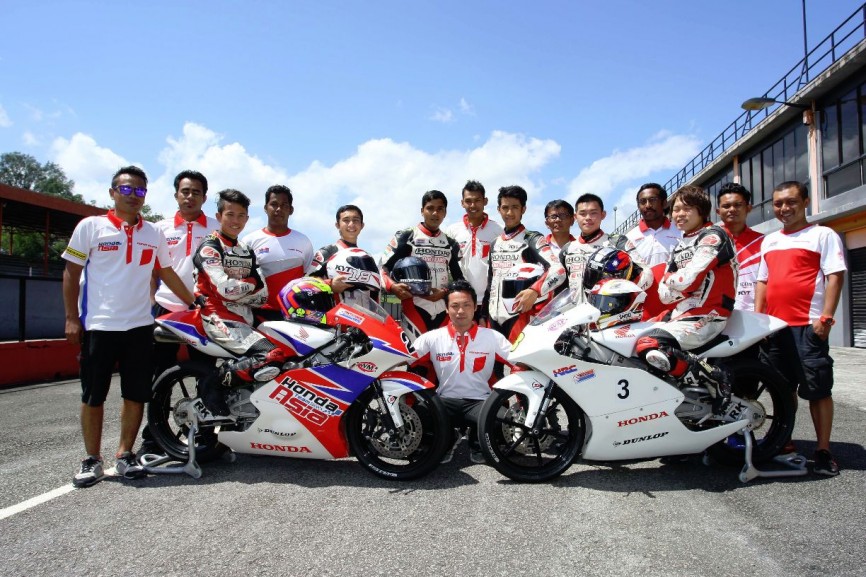 Boon Siew Honda Snd Bhd Motorsports Manager, Rodney Peh reported a ‘positive’ conclusion to the proceedings having evaluated the riders performance on the Honda NSF250R Moto3 machines. “Our objectives letting the riders test the Moto3 machines is to give them exposure and reward them for their good performance in last year’s Asia Dream Cup. We believe the experience gained here is crucial for them especially for Khairul who will be making a switch to the Moto3 Junior World Championship this season,” he said.

“Overall we had a very good test and the weather has been great. All the riders got the chance to test an actual race bike with factory components, a different chassis and engine specifications as opposed to the production bike they use in the ADC. All of them were very pleased and happy to be given this rare opportunity.” “This test was also beneficial for the engineers as well. It gave them the platform to understand the technical side of maintaining and preparing a Moto3 machine,” he added.