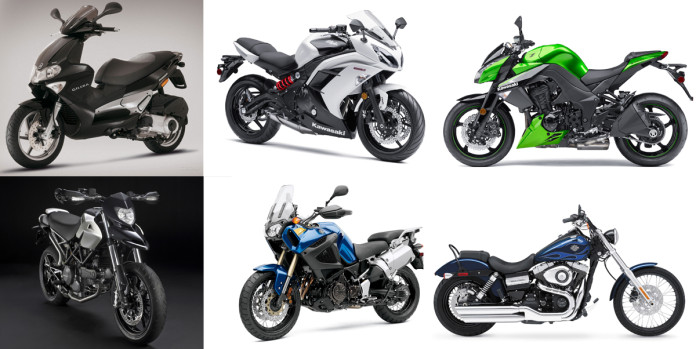 This month, we find six more awesome used bikes that we reckon are worthy of consideration.

The BikesRepublic team has once again taken the time to scour through the used bikes classifieds that are currently listed online at Mudah.my and Bike Trader Malaysia. This month, we’ve locked down six more awesome choices that stand as solid alternatives against buying a brand new bike that’s similar.

And you ought to be glad at the fact that the Malaysian used bikes market is a rich treasure trove of sorts. Whether you’re a newbie, a collector or perhaps a serious enthusiast, we guarantee that there’s a bike for you out there.

It is just a matter of spending the right amount of time to look for the bike of your desire. Here’s our list of six used bikes that we reckon are worthy of a serious look. 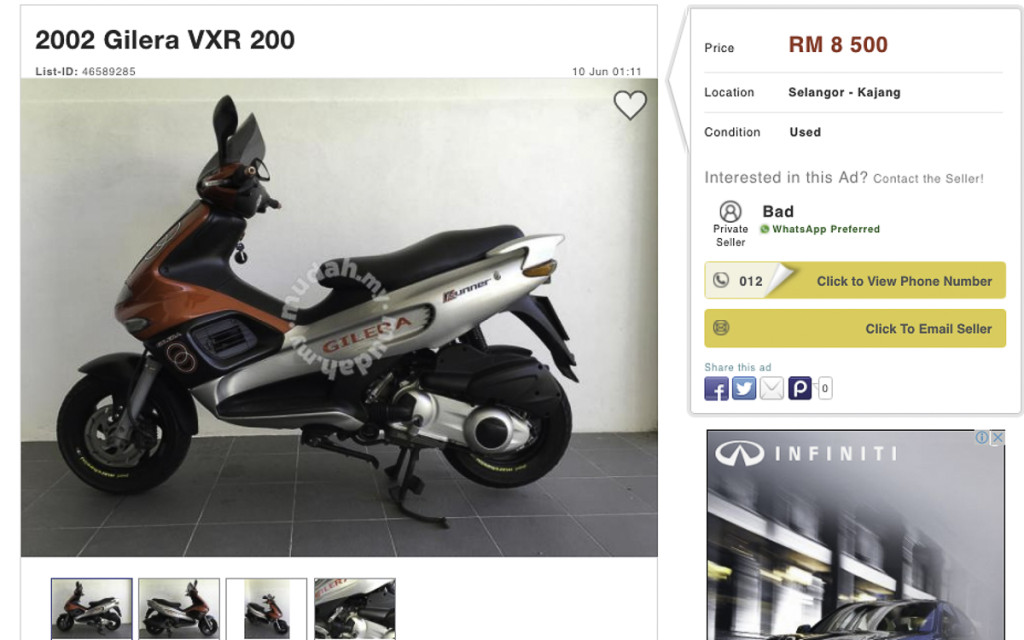 It’s been a while since we listed a scooter, so here’s a stylish and sporty Italian we found listed on Mudah.my – a rare and fully restored 2002 Gilera Runner VXR 200. The Piaggio-owned Gilera brand was once a highly coveted name amongst sports scooter enthusiasts, and much of this was fuelled by its Runner model series. 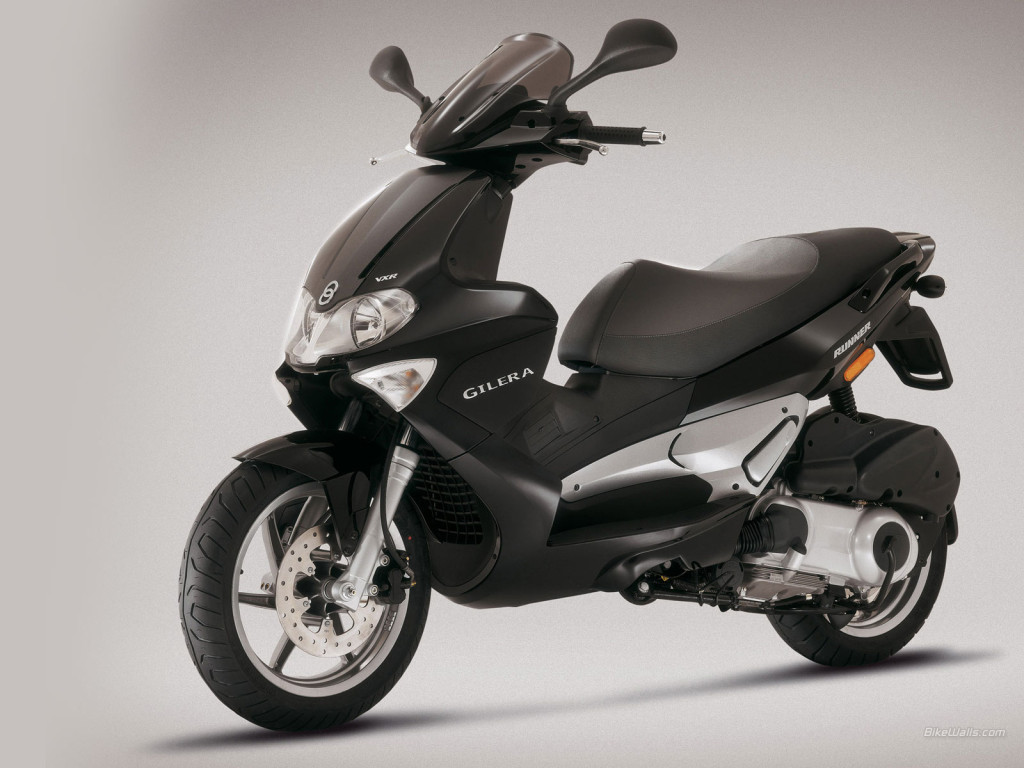 The bike featured in this ad is the range-topping VXR 200 variant from 2002, which meant it came with a thumpy liquid-cooled four-stroke 200cc single cylinder powerplant. It also came primed with sporty telescopic front forks and twin rear shocks. But, this is a scooter after all, so you’d still get a twist-and-go belt drive automatic transmission plus a decently-sized under-seat storage bin in the package.

We’ll agree that spare parts for this bike is a huge issue, but you can remedy this finding a proper specialist garage ­ – Moto Aladdin for example. At RM8,500, it is just slightly more than what the newly launched CMC Italjet 125 is asking for, but the Runner is a proper original, making this stylish and sporty Italian a collector’s favourite too. 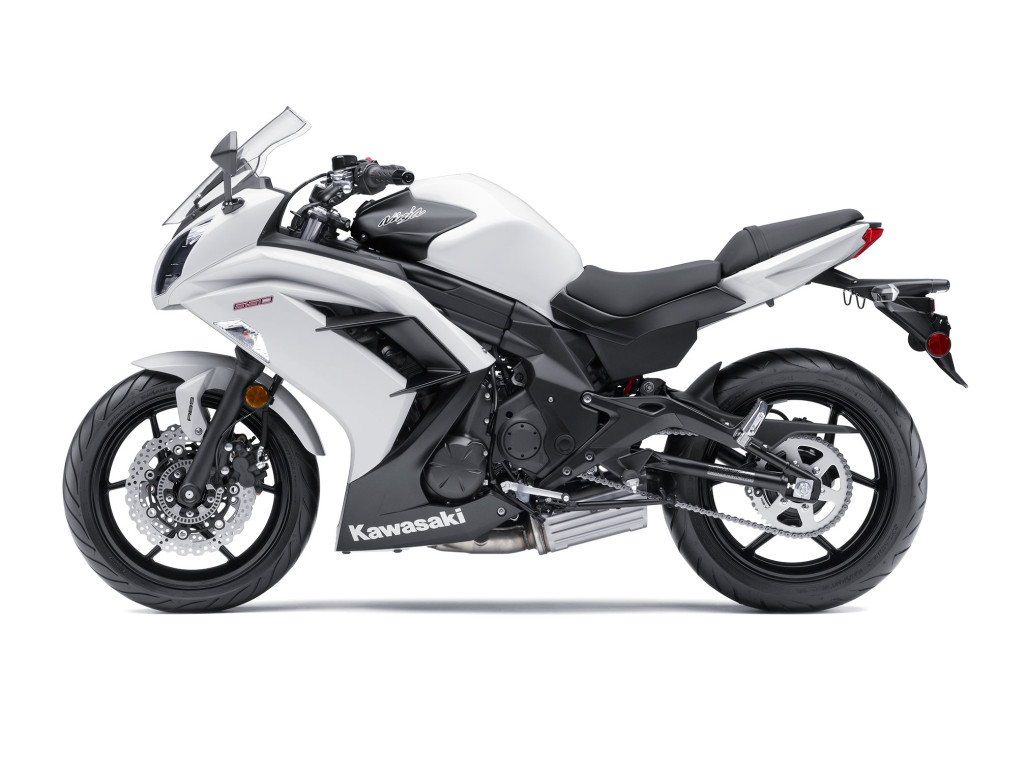 Our second bike is a hugely popular and very versatile middleweight that’s perfect for any newbie rider and those upgrading ­– the Kawasaki ER-6f. Instead of spending over RM30,000 for a brand new one, you can opt for cheaper, second hand ones that have flooded the used bikes market in recent times. Most of which are in good nick with plenty of accessories equipped too as many ex-owners have quickly upgraded. 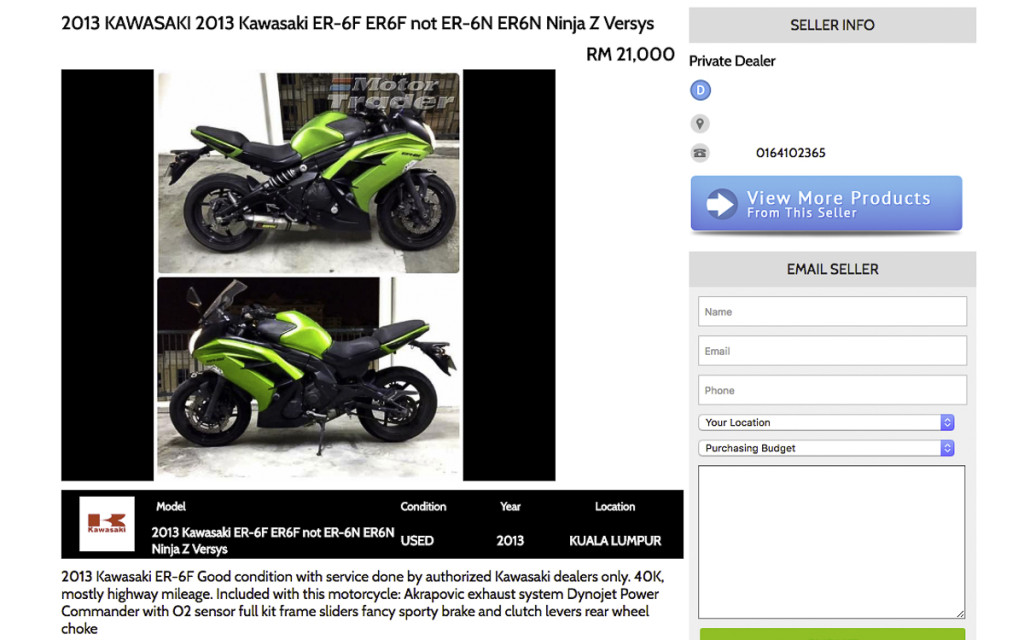 This not so old 2013 model we found listed on Bike Trader is one such example with a claimed low mileage of 40,000km. It also features extra performance accessories like an Akrapovič exhaust kit plus a Dynojet Power Commander unit with an O2 sensor. The seller also listed a set of frame sliders, aftermarket levers and a rear wheel choke amongst other things. 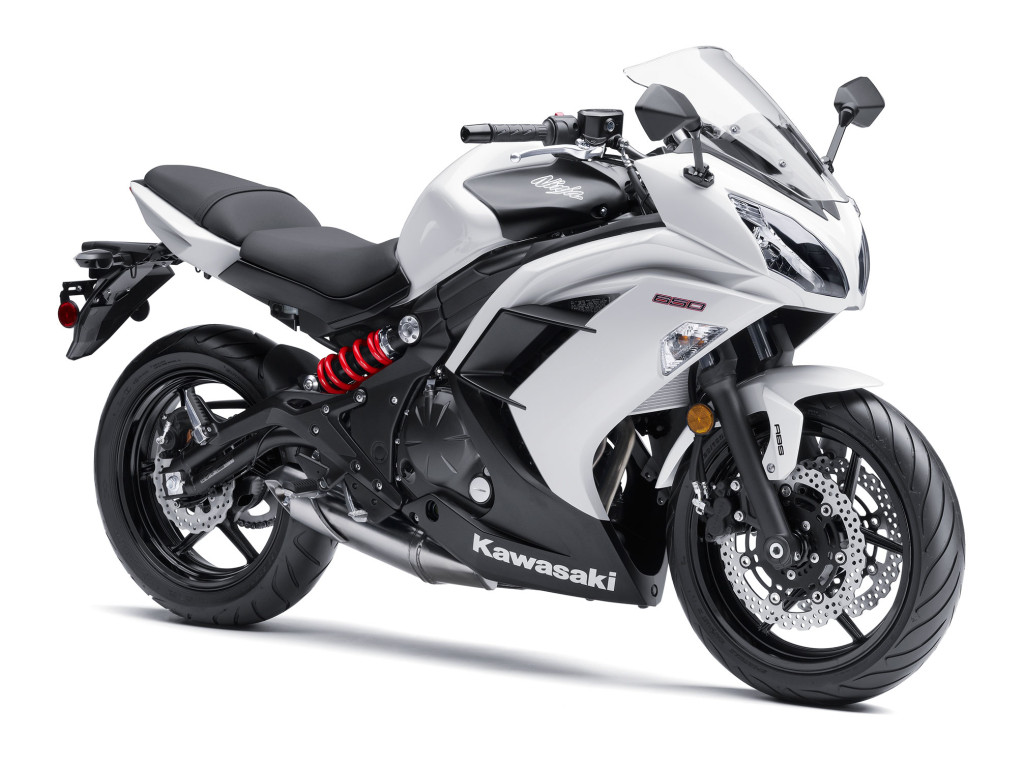 And to have all that at just RM21,000 is a steal if you ask us. This is perhaps perfect for those upgrading from a 250cc or 300cc machine, making it the perfect base to hone your skills before heading further up to a litre-class superbike and higher. 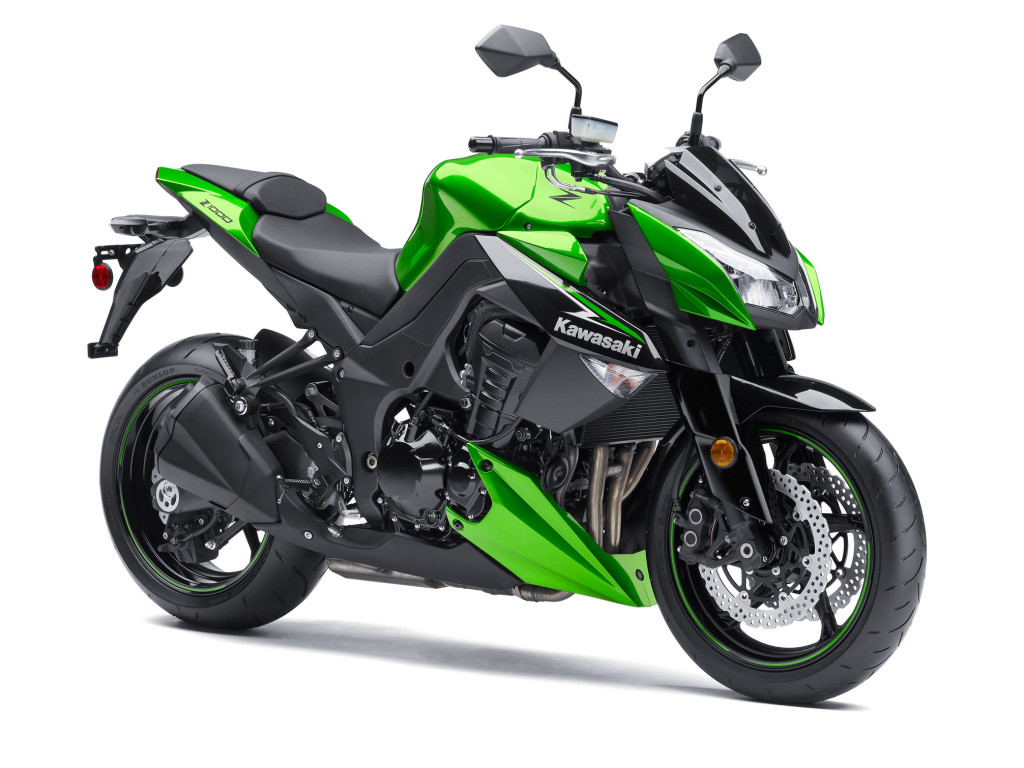 Want a sharp and aggressively-styled streetfighter that’s high on both performance an attitude? Then you need not look further past the Kawasaki Z1000. Like this ER-6f listed just above, plenty of these have flooded the local used bikes market in great running condition and loaded with tasty aftermarket accessories too. 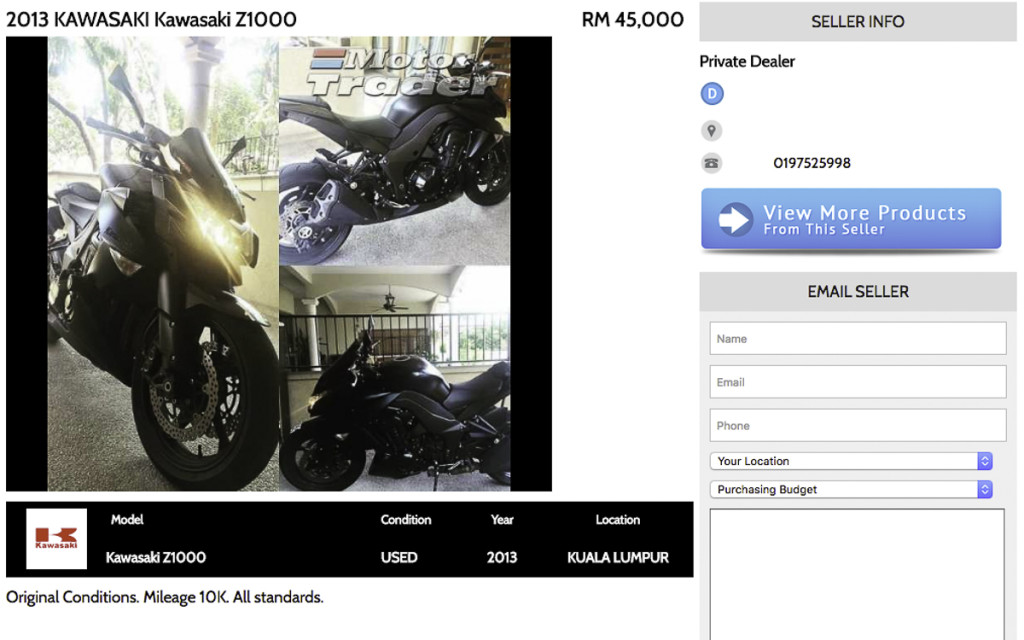 This blacked-out 2013 Kawasaki Z1000 listed on Bike Trader is a tasty option. Its rather stock appearance backs up the sellers claim of it being a low-miler. A used bike at such a condition priced at RM45,000 is a tempting offer indeed, with this seemingly stock unit being the perfect blank canvas of sorts for one to trick out. 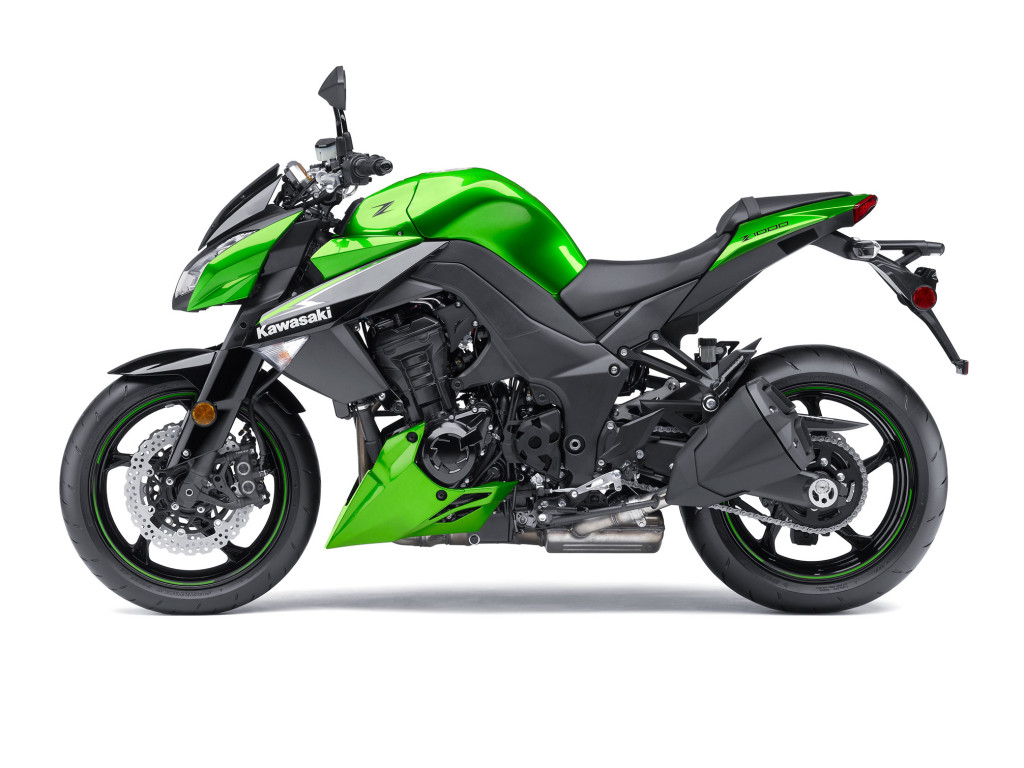 Furthermore, you’re getting a lot of performance for relatively little money coming out of this bike’s manic 1,043cc in-line four-cylinder. Perhaps all it needs is a new slip-on exhaust kit at least, some sliders, and perhaps new wheels and tyres. In short, this is quite a bargain if you ask us. 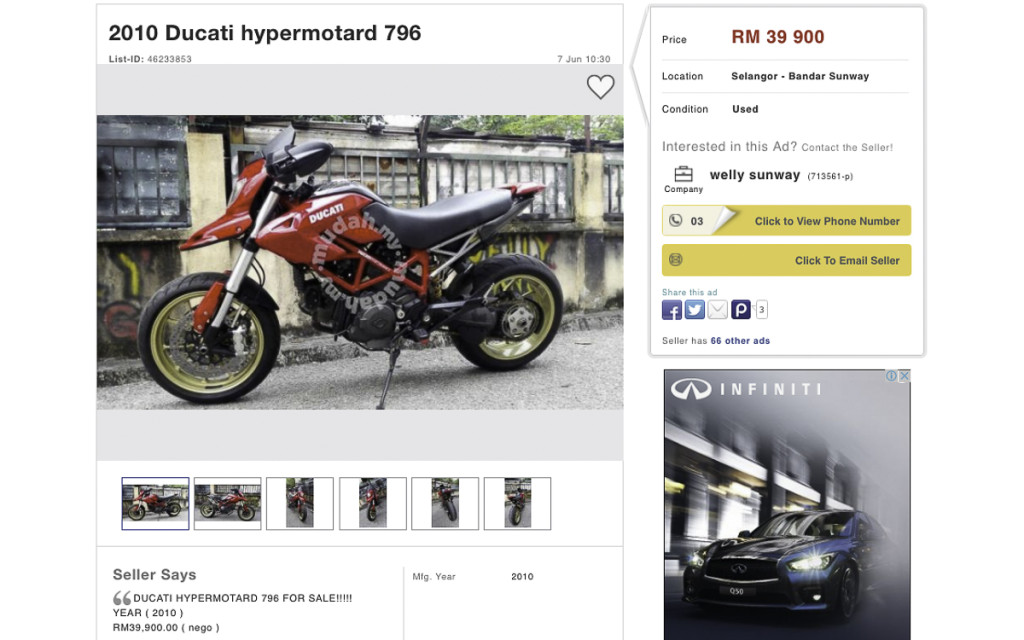 Now here’s another stylish and sporty Italian, this time coming in the form of the much-loved hooligan that is the Ducati Hypermotard. This 2010 Ducati Hypermotard 796 we found listed on Mudah.my has got our inner hooligan begging us to consider. 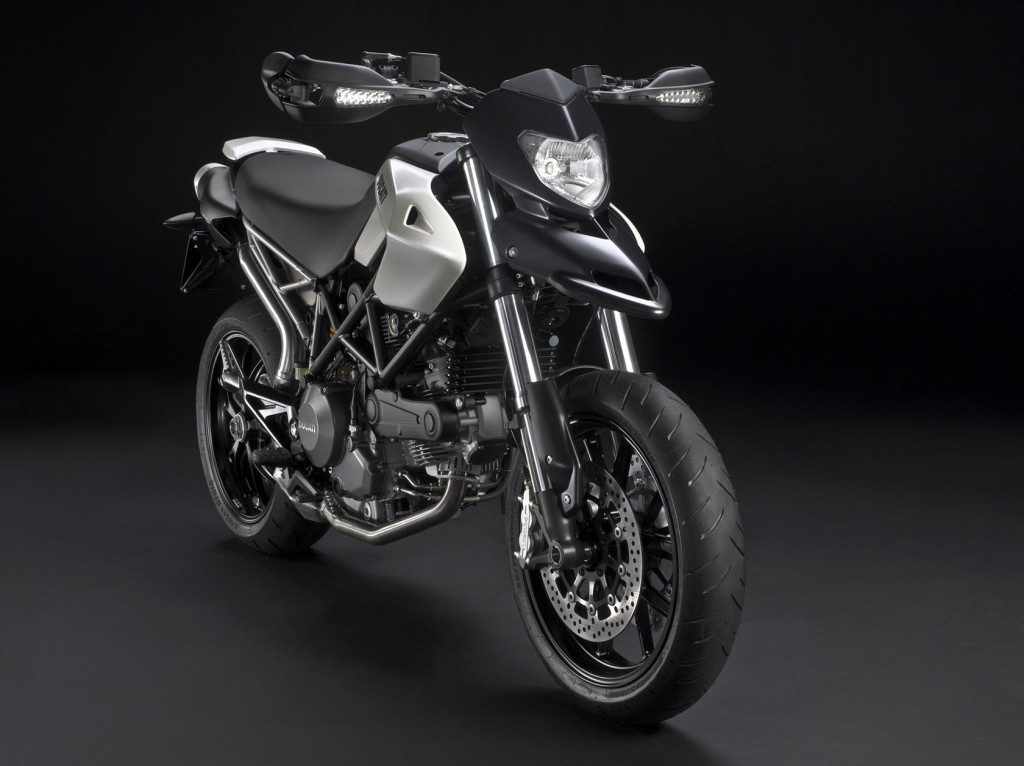 Though it isn’t the more powerful (and expensive) Hypermotard 1100 variant, this base 796 model is still no slouch compared to its peers. Much of its hooliganism comes from this first generation model’s air-cooled 803cc V-twin thumping out 81hp and 75.7Nm of torque, the light claimed dry weight of 167kg, as well as racy bits such as twin Brembo front discs grabbed by quad-piston calipers and 43mm inverted Marzocchi front forks. 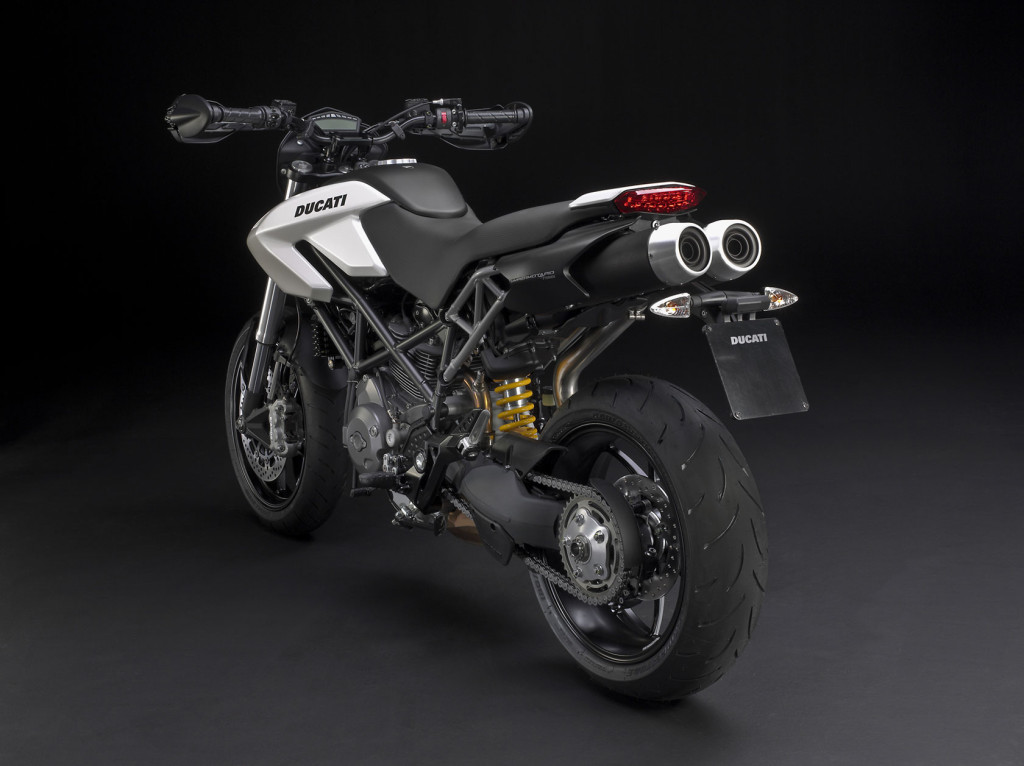 This being the first and last air-cooled iteration of Ducati’s naughty supermoto, it is an instant classic, but not many are in running condition these days, making this dealer’s listed price of RM39,900 seem like a sound bargain. A high performance and stylish Italian that’s also regarded as a classic now? Count us in! 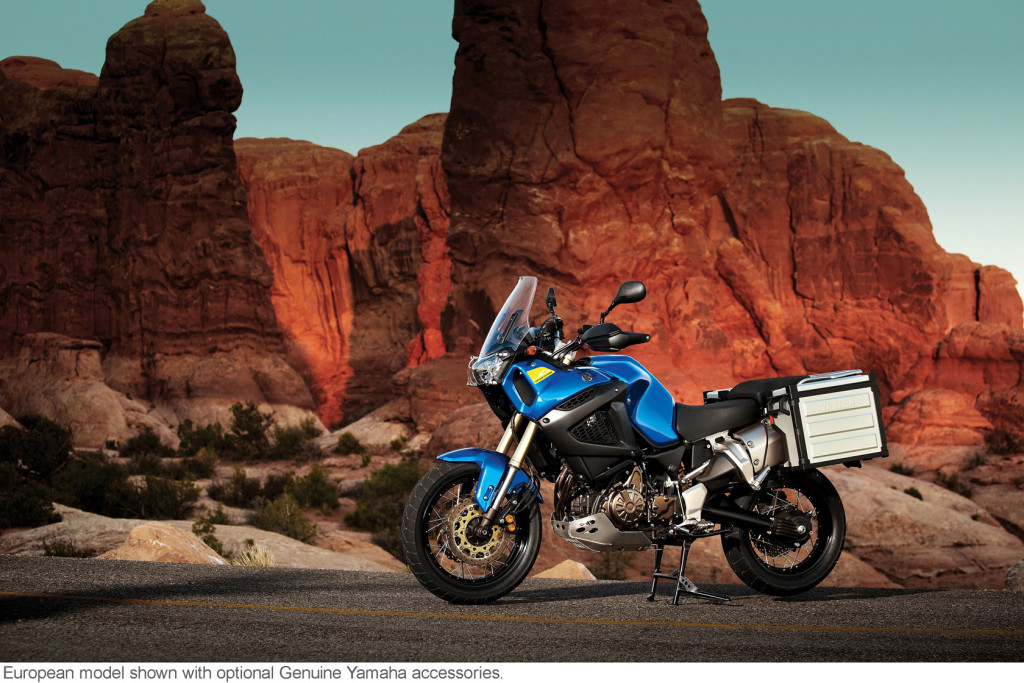 As you could probably tell, the BikesRepublic team has bit bitten hard by the adventure bug recently. In our list of top adventure bikes, the Yamaha XT1200Z Super Ténéré sits in the top echelon alongside the likes of the BMW R1200 GS Adventure and KTM 1290 Super Adventure. 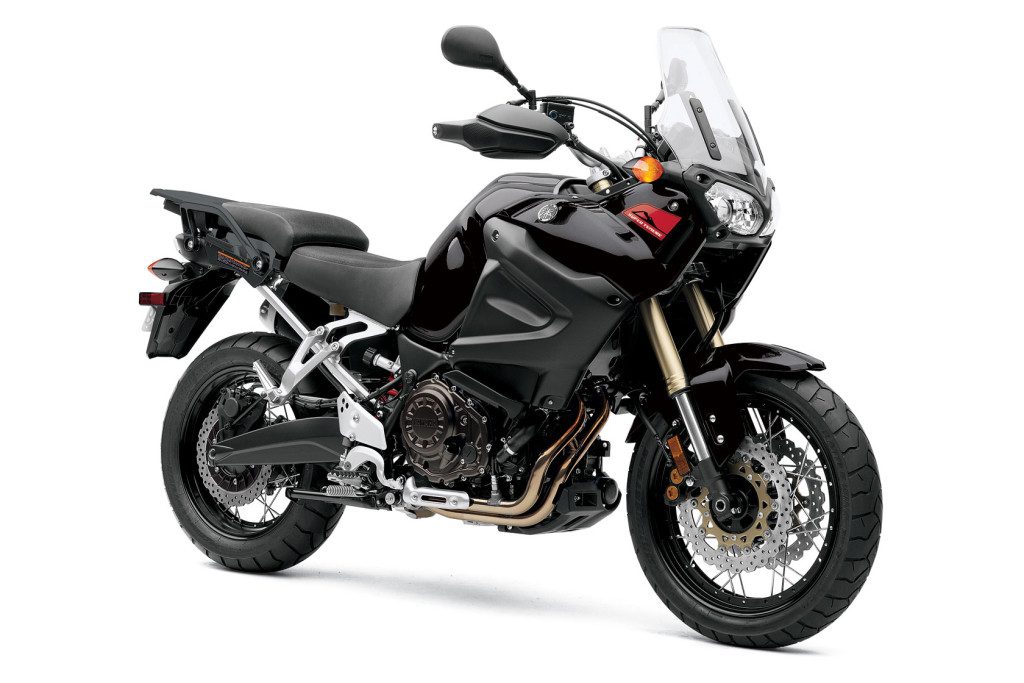 Packing Yamaha’s unique forward-inclined DOHC 1,199cc parallel-twin paired with a six-speed box and shaft final drive, the Super Ténéré is no slouch on the road. But should the going get tougher off of it, then you’d be glad to have the benefits of its high ground clearance, high-travel suspension, as well as a 19-inch front wheel wrapped in knobby dual-sport tyres – everything you’d possibly want in a proper go-anywhere adventure bike. 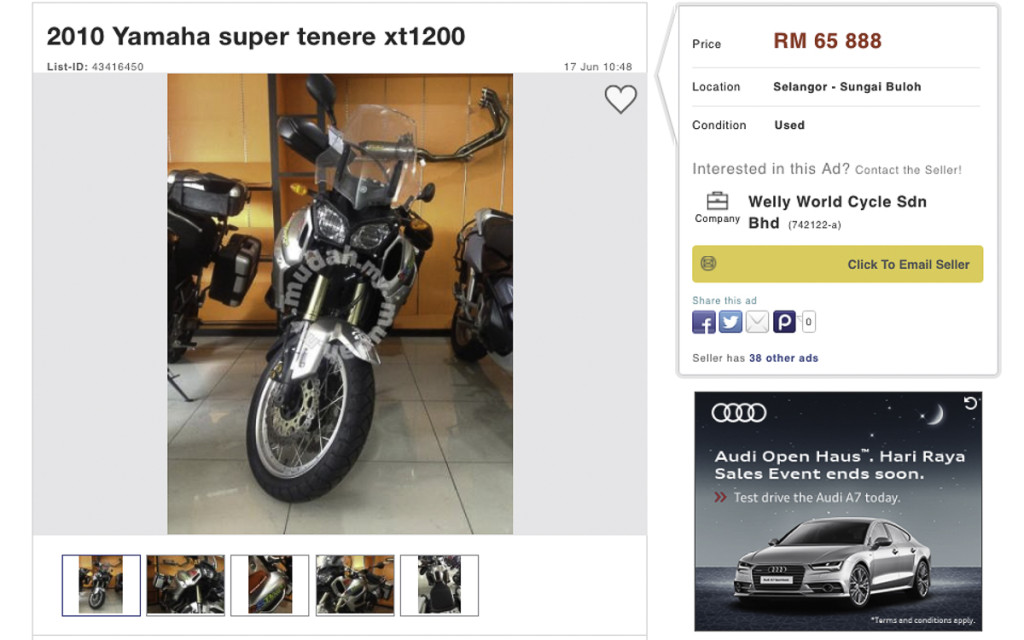 We’ll agree that the age of this 2010 Yamaha XT1200Z Super Ténéré listed by a dealer we found on Mudah.my is a tad bit discouraging.

However, the dealer’s claim of it having just under 30,000km and the listed price of RM65,888 begs anyone to seriously reconsider it over the recently launched Yamaha MT-09 Tracer. In short, you’re getting a lot more ‘bike’ and go-anywhere ability for slightly more. 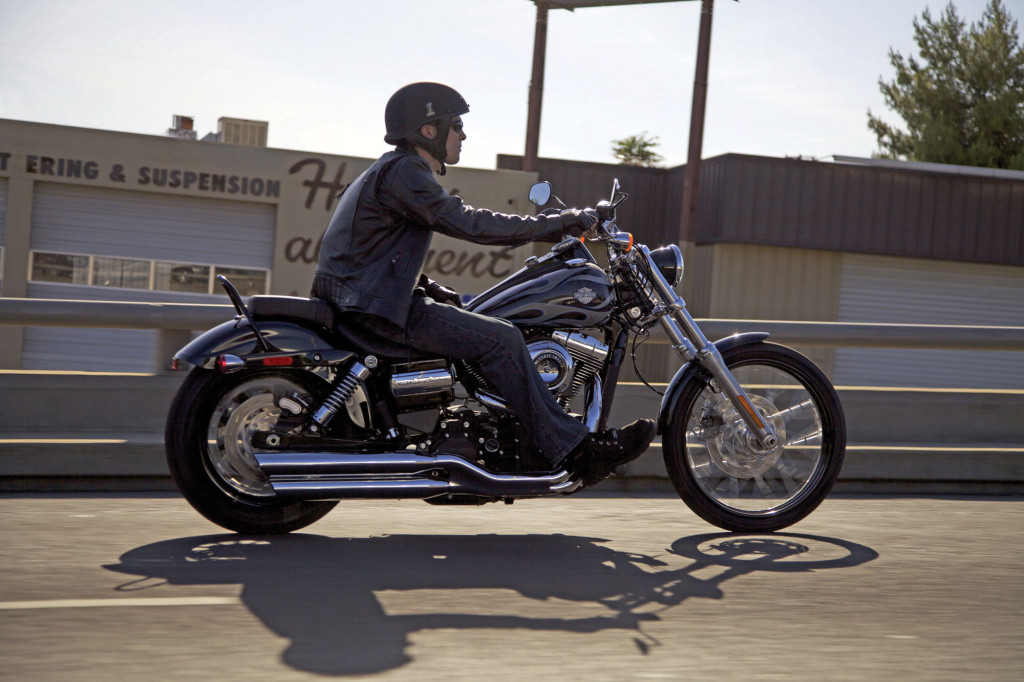 Last, but definitely not the least, is our pick of what could be described as one of the best American cruisers of its kind ever – the Harley-Davidson FXDWG Dyna Wide Glide. This is our pick especially for cruiser and custom chopper fans alike. 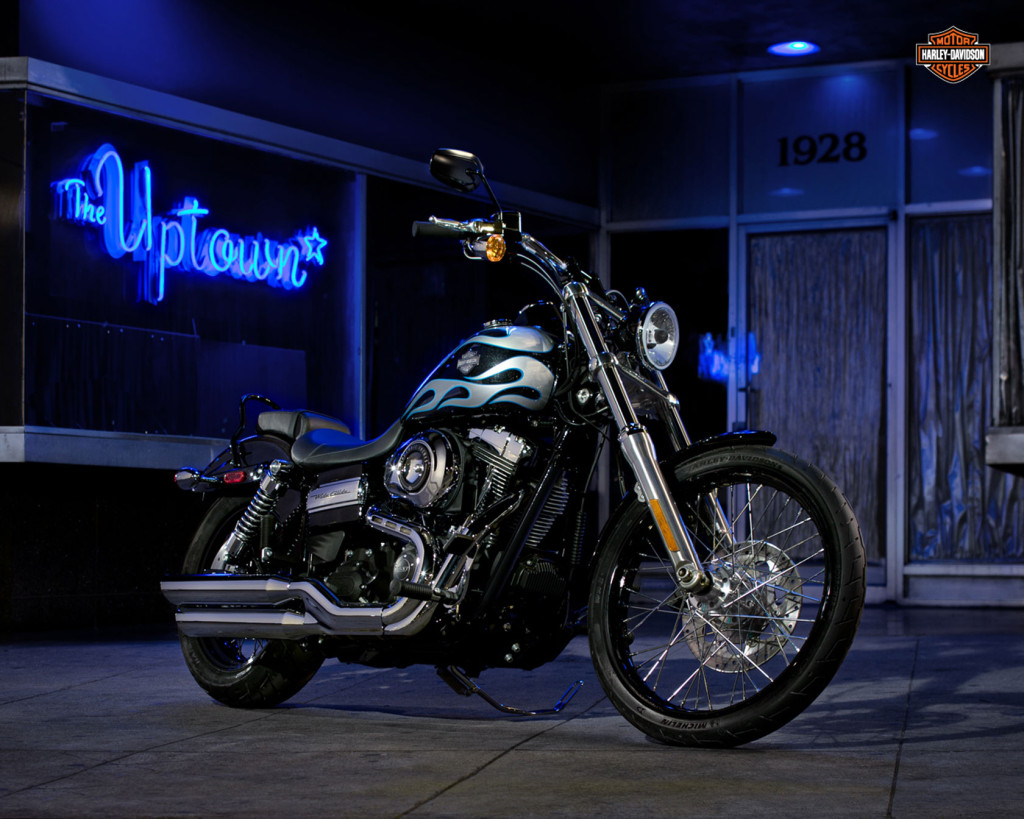 This Wide Glide iteration of the bar-and-shield marque’s Dyna range of choppers packs a signature air-cooled 103ci (1,690cc) V-twin that generates that unmistakable thunderous soundtrack we all love plus a massive serving of torque too. Typical of any H-D, it’s paired with a belt drive setup. Other notable traits here include the 49mm front forks and twin rear shocks, as well as a massive yet stylish 21-inch front wheel. 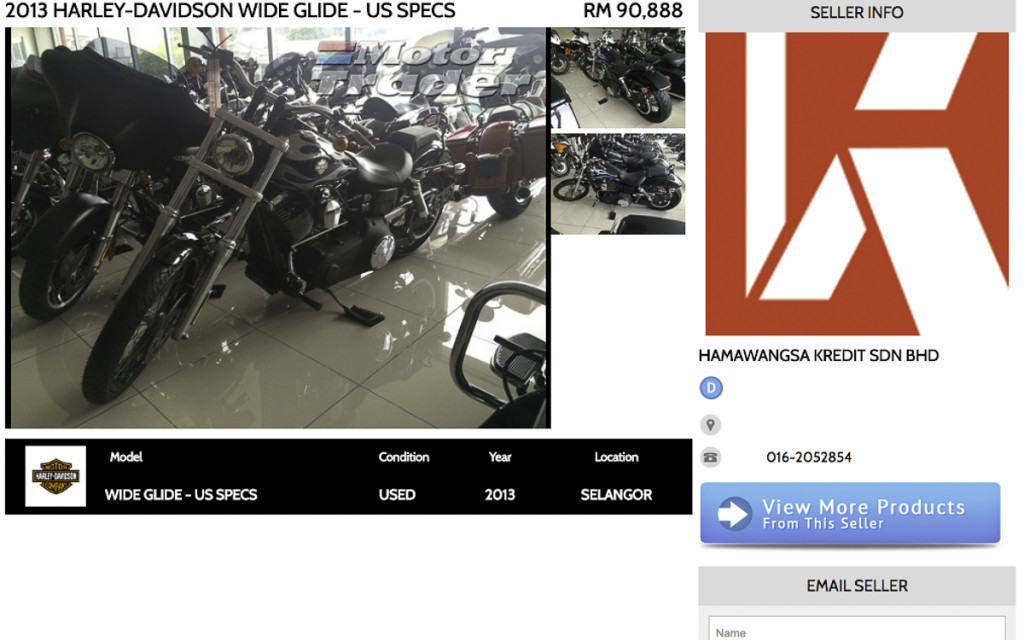 This not-so-old 2013 unit listed by a prominent dealer on Bike Trader has an attractive price of RM90,888. A brand new and more current version would’ve cost nearly twice that, making the temptation hard to resist. Adding to that is the savings from buying new, which gives lots more room for one’s own customisation dreams too!