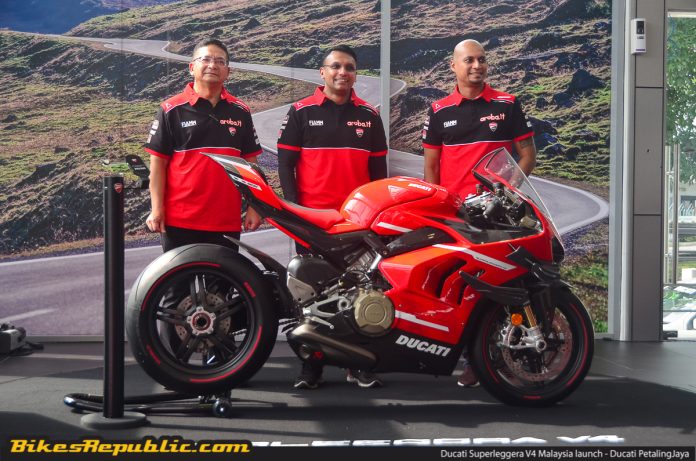 Ducati Malaysia has officially unveiled the 2020 Ducati Superleggera V4 here in Malaysia and it is the only one here in the country. Only 500 units are built and this unit number 210 is already spoken for by none other than Datuk Nazir Husin, one of Malaysia’s esteemed Ducati collectors. 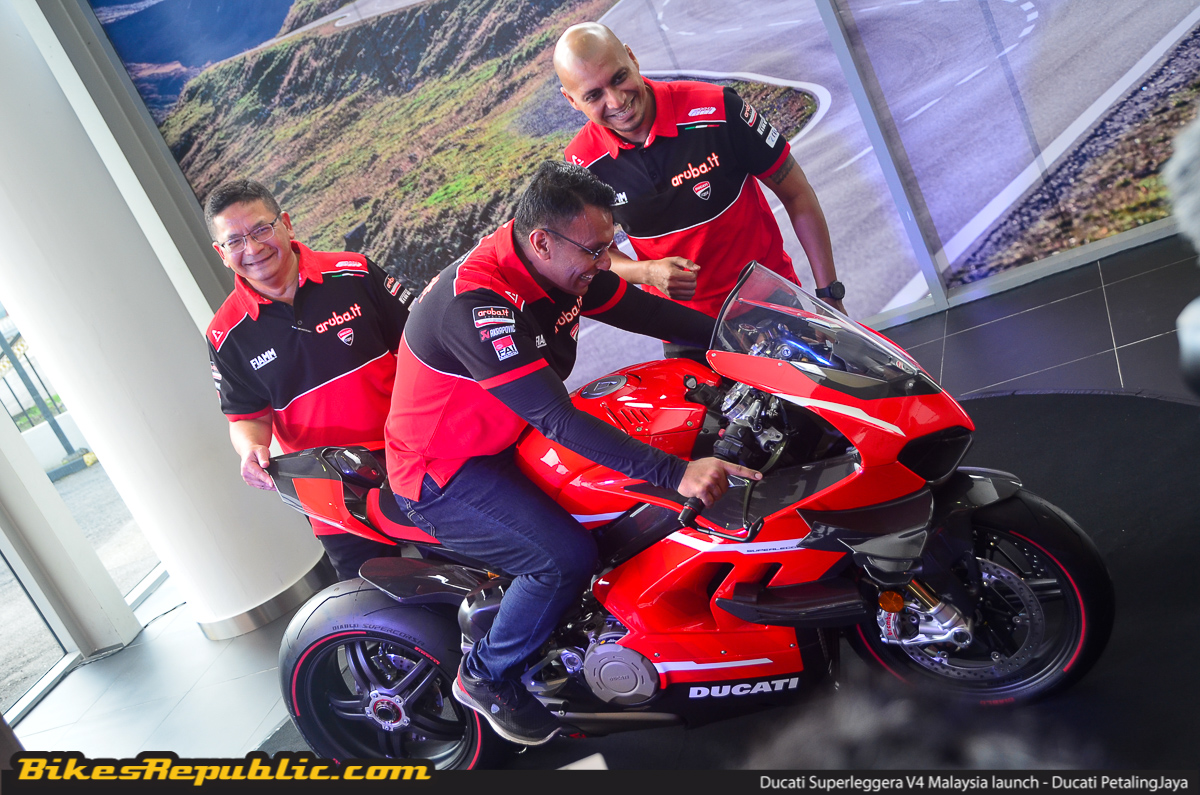 This is by far Ducati’s most powerful and advanced road-legal superbike ever built with technologies taken directly from the world of MotoGP and WorldSBK. The Ducati Superleggera V4 is also the first-ever road-legal motorcycle that comes with carbon fibre chassis, swingarm, and wheels as standard equipment. 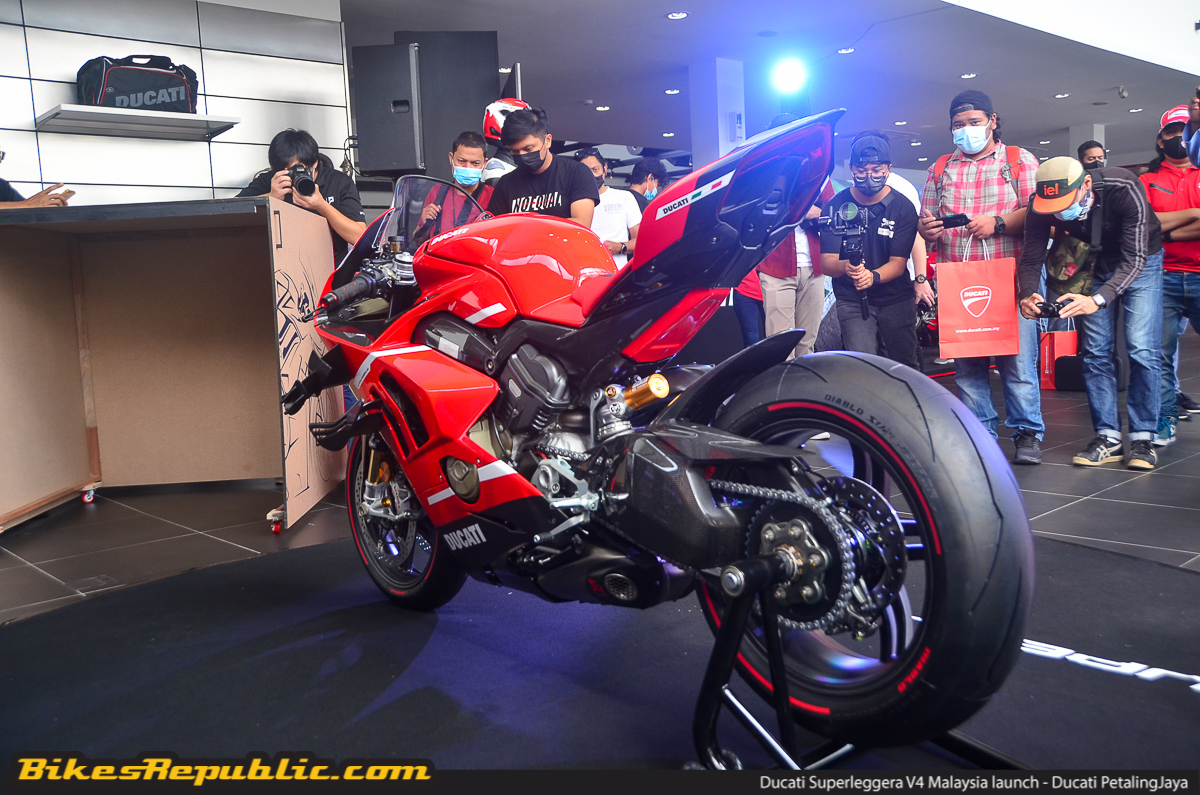 All this lightweight materials and parts (including its full-system Akrapovic titanium exhaust) resulted in a bike that weighs only 159kg (dry) which is a whopping 16kg less that the standard Panigale V4. That’s not a lot of weight to push considering the amount of power it has in its 998cc Desmosedici Stradale V4 R engine. 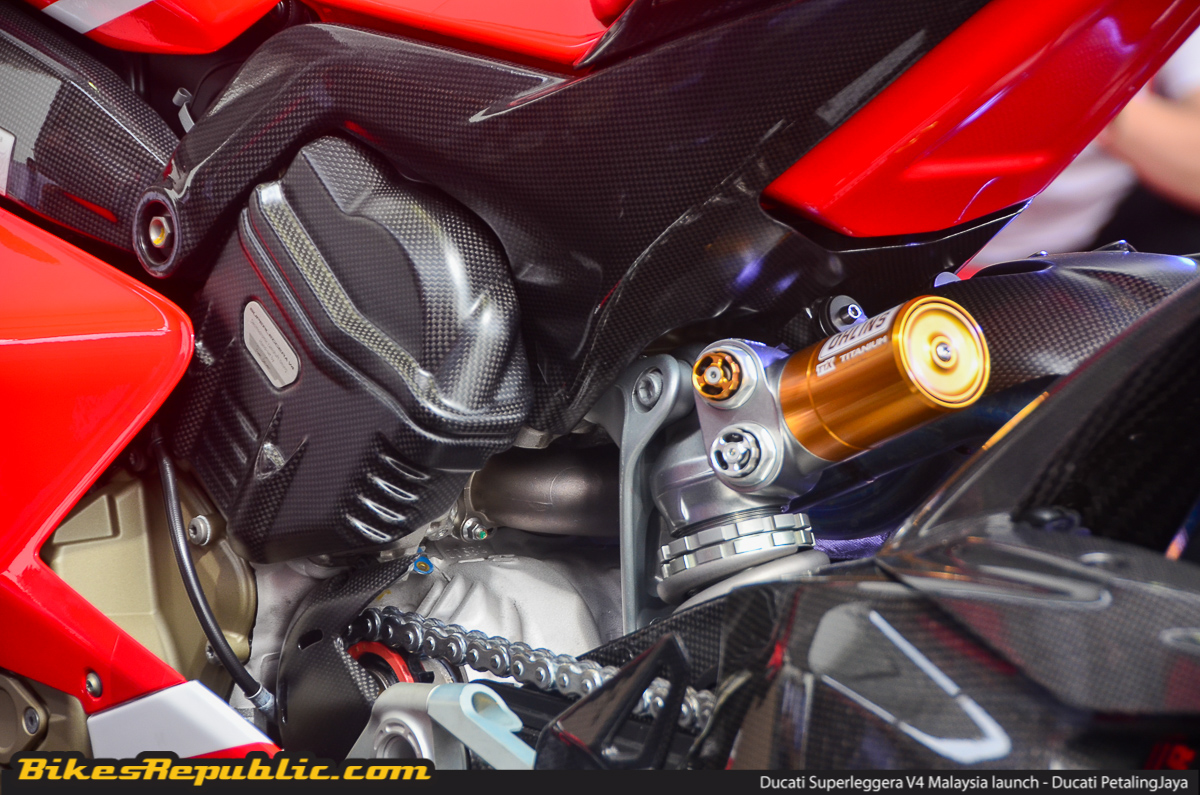 In standard settings, this beast produces a whopping 224hp and 116Nm torque, but those figures are bumped up to an amazing 234hp and 119Nm torque when fitted with the Racing Kit consisting of a full race exhaust and ECU. And those biplane wings upfront? They’re taken straight from the Ducati Desmosedici GP race machines. 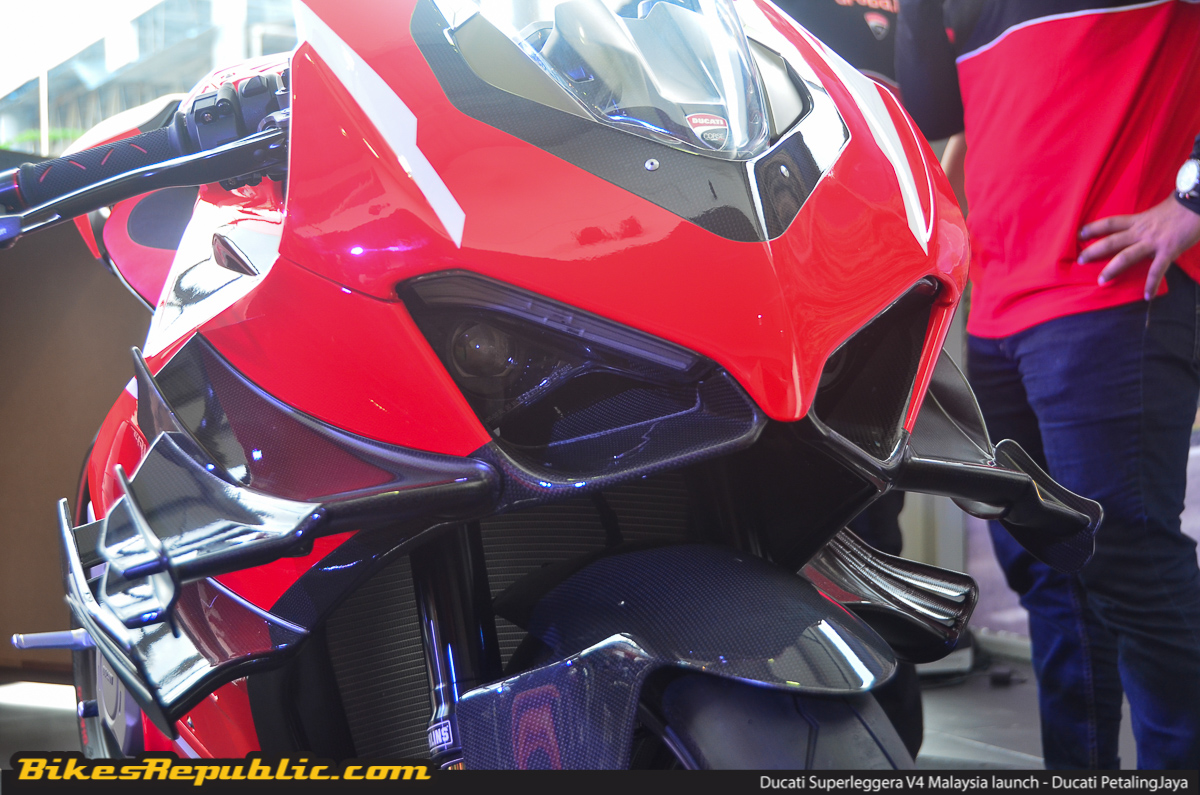 As stated earlier, the price tag for this beast is set at RM888,000 (excluding road tax, insurance & registration). On-the-road price tag exceeds RM900,000 and each owner will get the chance to experience the WorldSBK-spec Ducati Panigale V4 R and Ducati Desmosedici GP20 sometime next year.