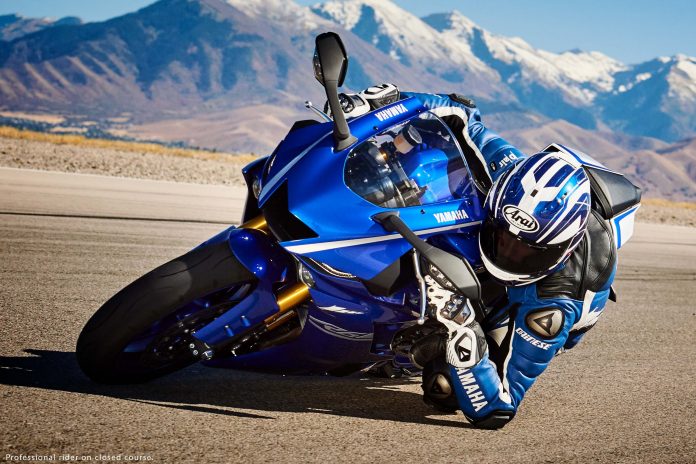 The long awaited new 2017 Yamaha YZF-R6 supersport has finally been unveiled. Instead of debuting it at INTERMOT 2016 earlier this month, Yamaha opted to show off the new supersport machine in America instead during the AIMExpo held in Orlando, Florida. 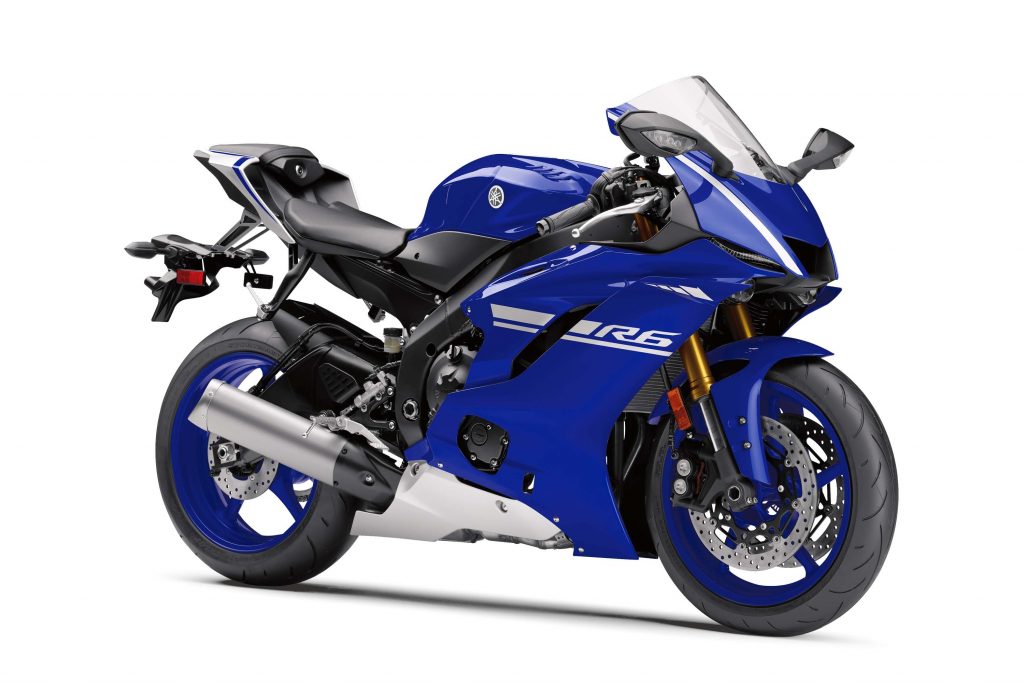 As we’ve predicted, the current flagship YZF-R1 has heavily influenced the way the new R6 looks, especially in the front fascia. However, the story is slightly different underneath the skin, with the new R6 being more of an evolution than revolution – in other words a refreshed model. 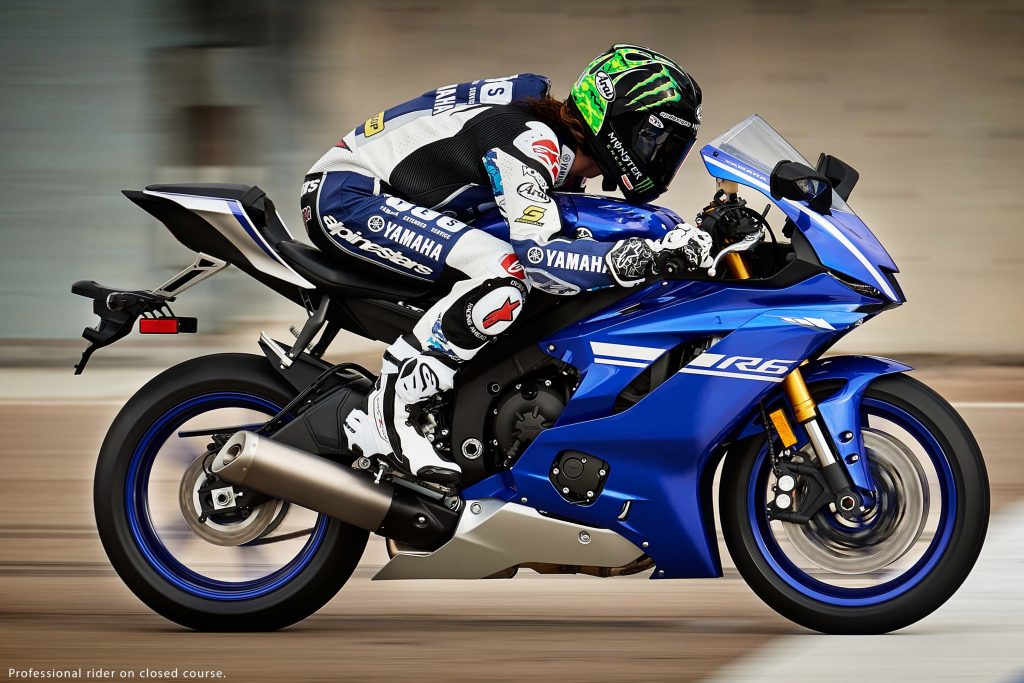 Still, the new fairing design boasts increased aerodynamic efficiency whilst the new LED headlights add a more modern and current touch to things. What we reckon wouldn’t sit still with many fans though is the new exhaust silencer’s design – it’s just plain ugly if you asked us. 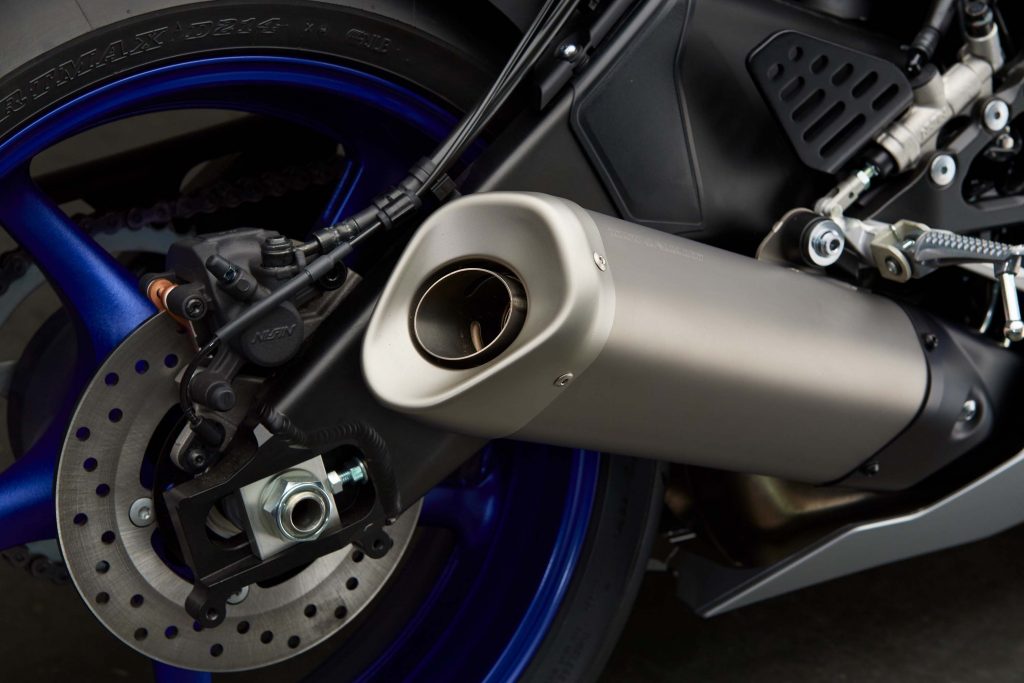 Underneath it all, the outgoing R6’s basic chassis and mechanicals were retained in this new 2017 model. It still has a 599cc in-line four-cylinder heart, but it is now supplemented with a host of new electronics including ride-by-wire, traction control, ABS and plenty more. 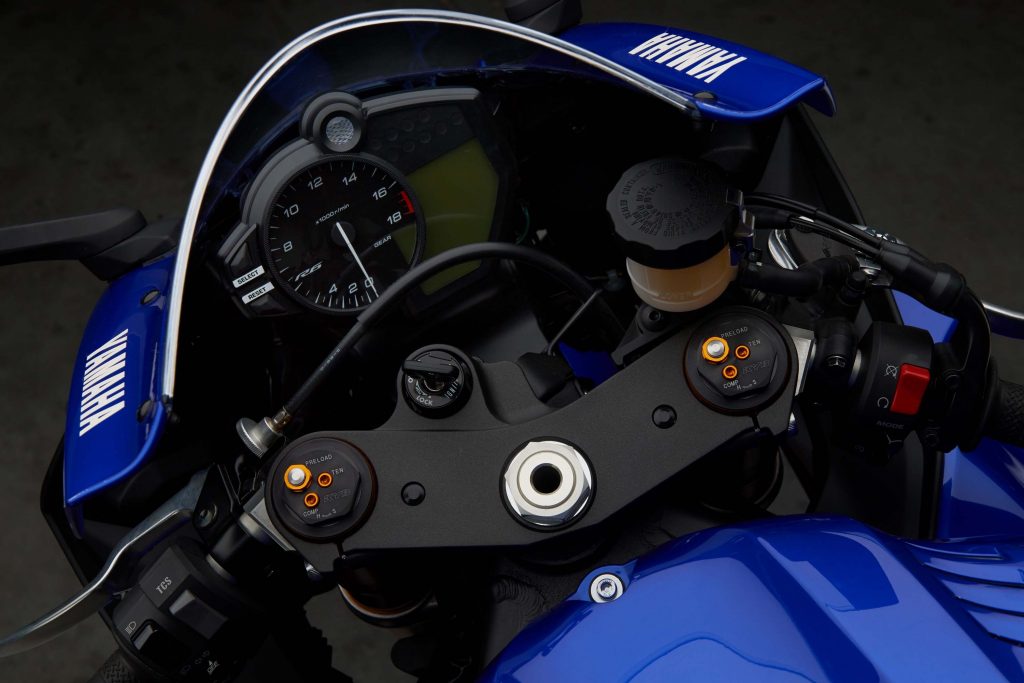 By the way, there’s a new close-ratio six-speed transmission paired to the mill. You’d be glad in knowing that it gets an up-shift quickshifter as standard, but we reckon a bi-directional type would’ve sweetened things further. 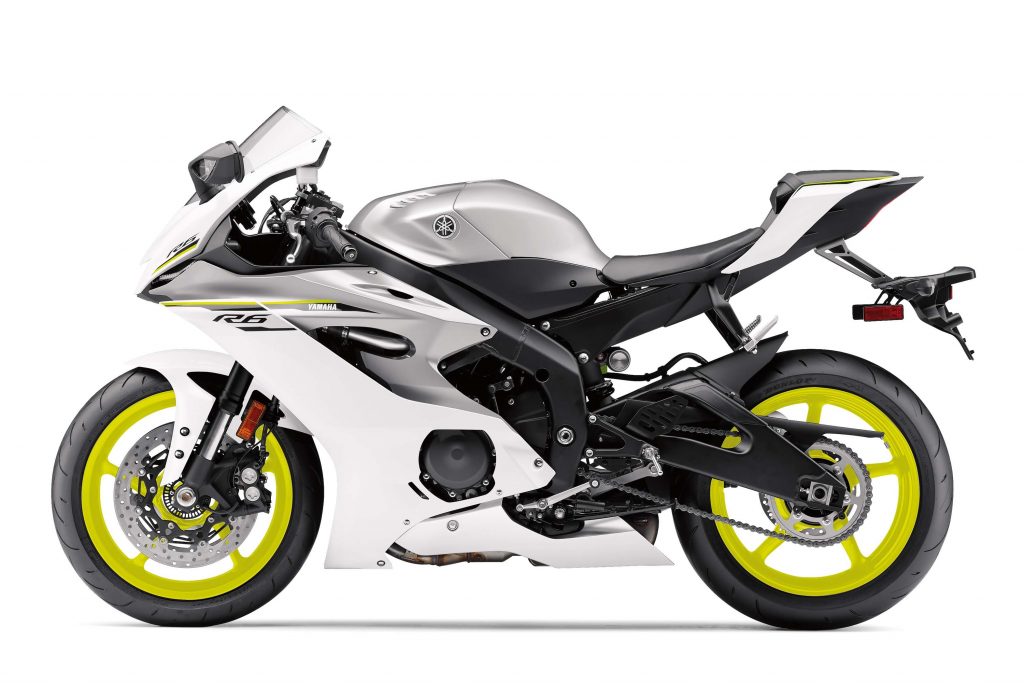 The chassis gets new fully adjustable 43mm Kayaba forks lifted from the R1 to replace the previous model’s 41mm units. The rear also gets a fully adjustable Kayaba shock to match. Besides that comes the adoption of a new aluminium tank and cast magnesium sub-frame to bring the claimed weight down to 190kg (claimed, wet). 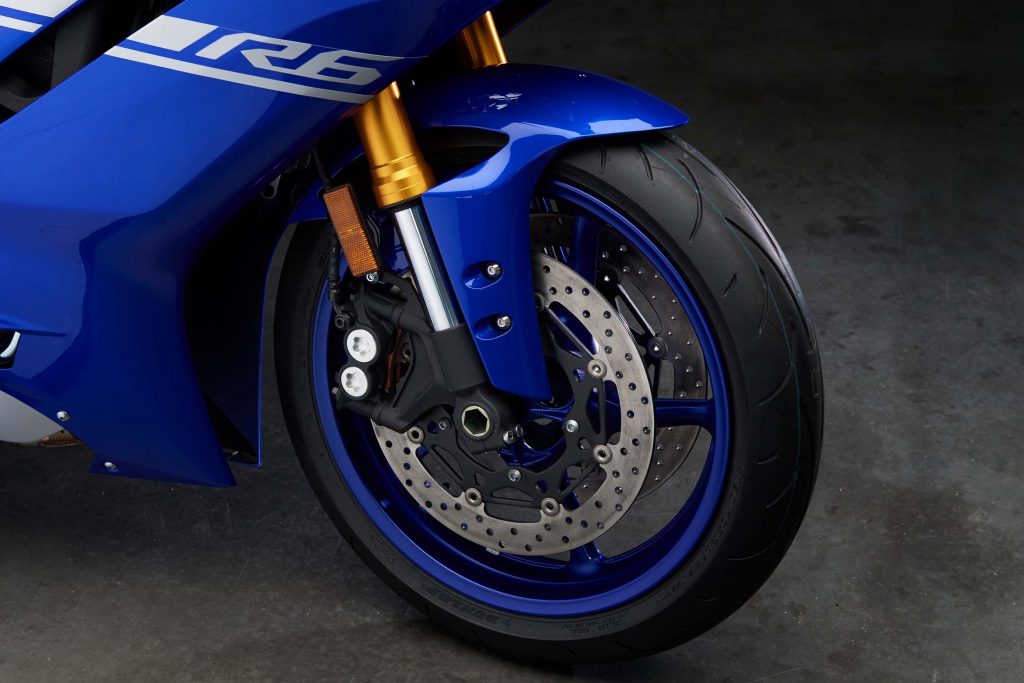 Anchors come in the form of radially-mounted quad-piston front calipers and radial master cylinder grabbing twin 320mm discs. The hardware is complemented with ABS – a feature previously not specified in the outgoing R6. 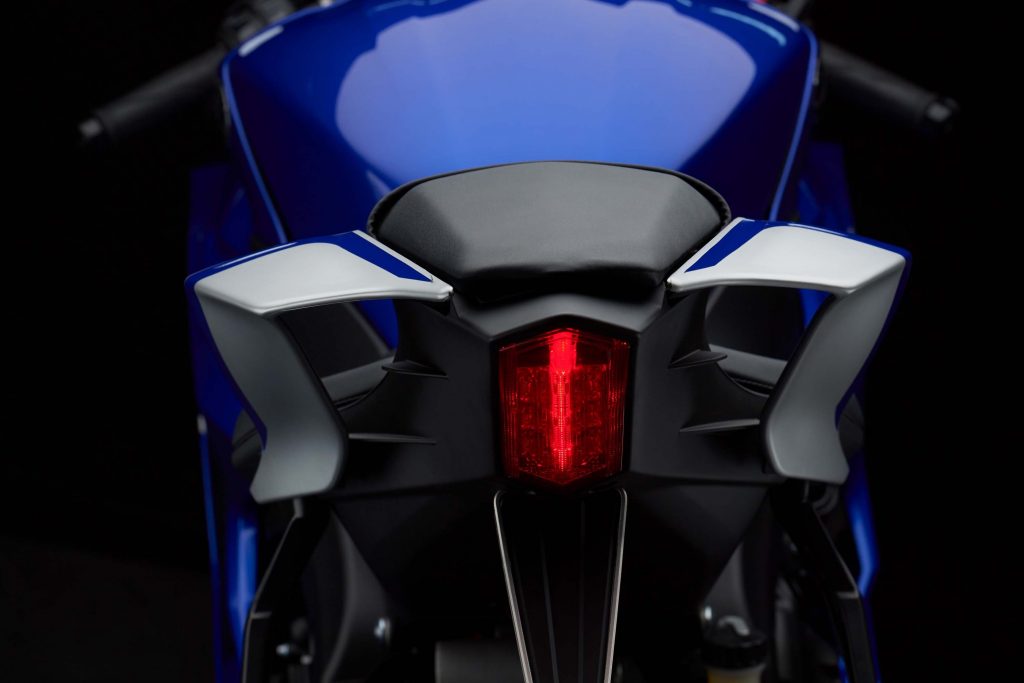 The web of new electronics sees the 2017 Yamaha YZF-R6 stand lightyears ahead of its predecessor. The aforementioned ride-by-wire system grants selectable riding modes, but we know most fans would welcome the new traction control system for its six-level adjustment including ‘OFF’. 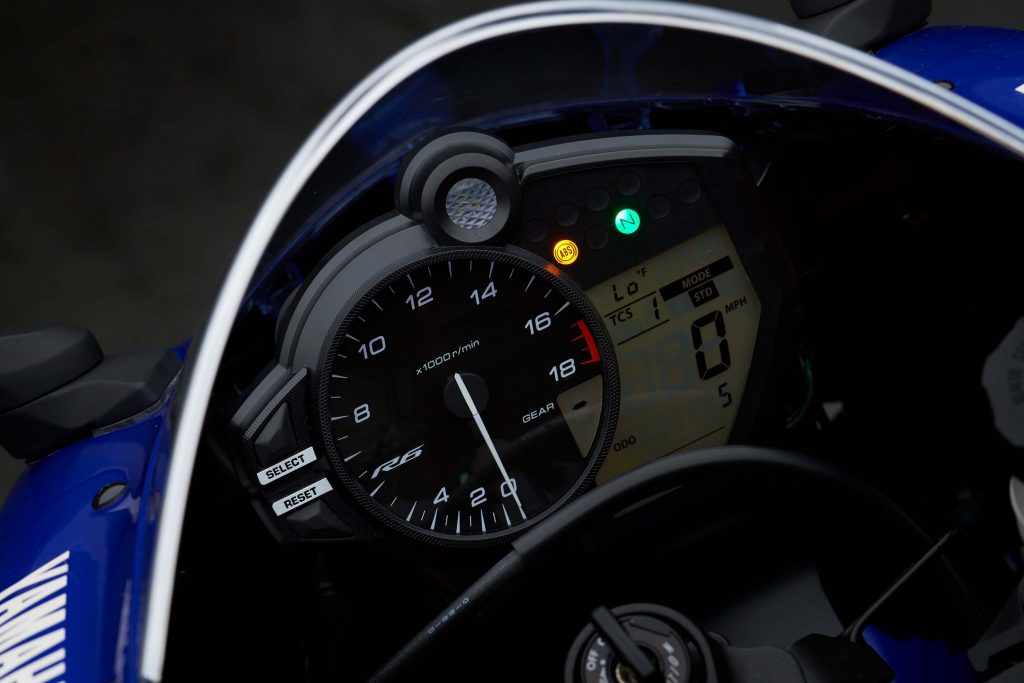 Completing the evolution here is a new multi-info digital instrument display panel to supplement the analogue rev counter – one of the tastiest new additions here in fact.

Check out more images of the new 2017 Yamaha YZF-R6 supersport in the gallery below.