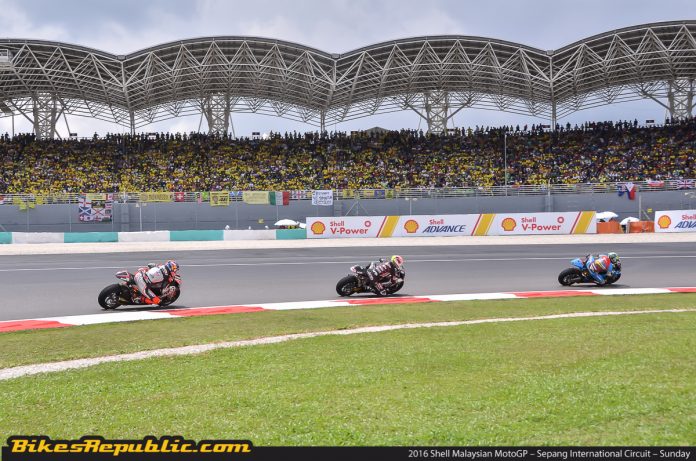 Recapping the thrills and spills from the supporting Moto2 and Moto3 classes during the 2016 Shell Malaysian MotoGP. 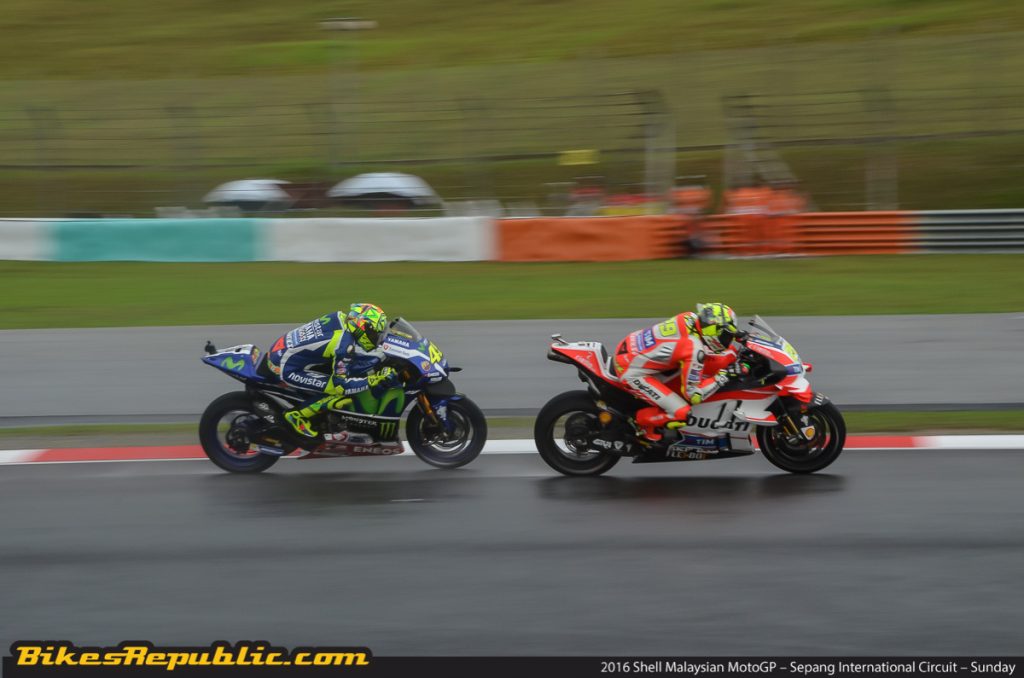 Despite, it did little from impeding the 95,316 fans from filling up the sold-out grandstands and hillstands to watch the world’s best two-wheeled racers in action. For many locals though, it was also a chance to see all five national riders in action at their best as well.

Here’s what transpired in both the supporting Moto2 and Moto3 classes earlier today. 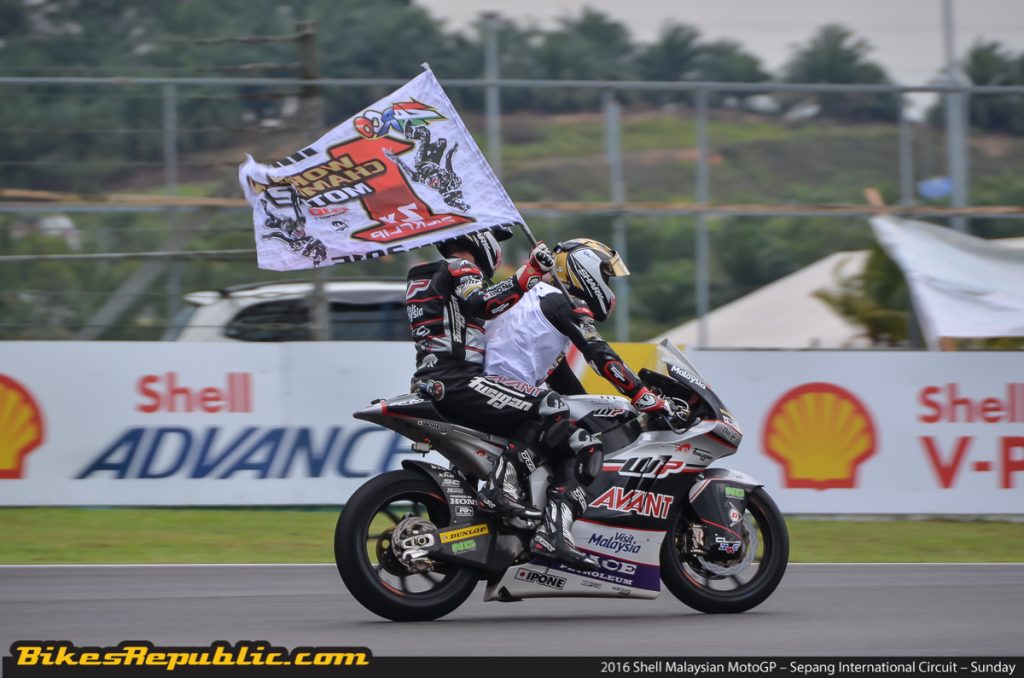 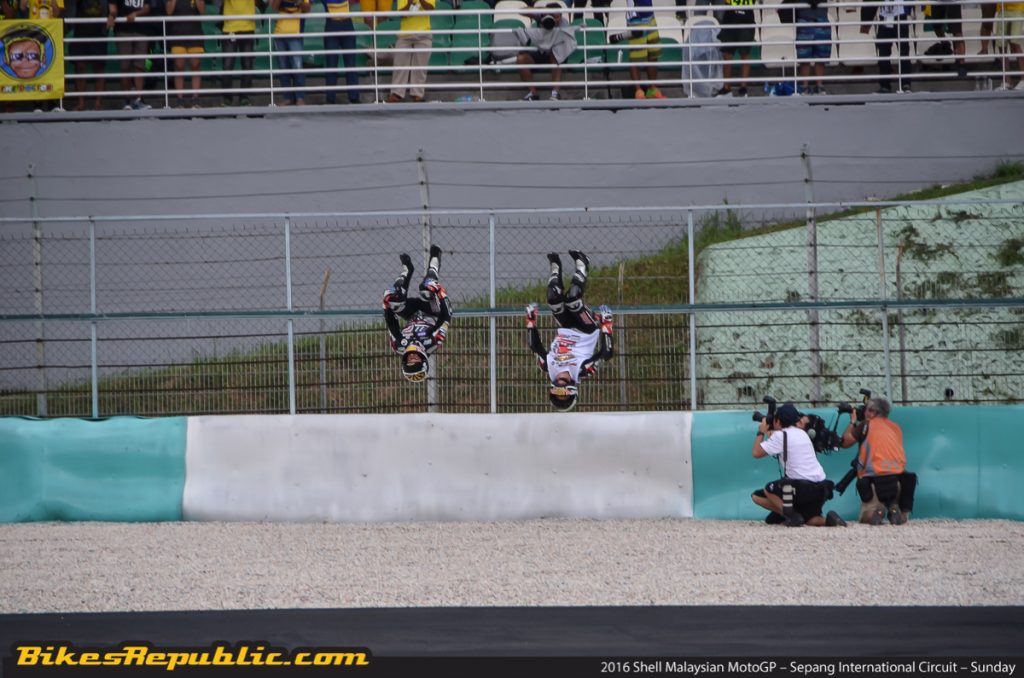 The weekend began excellently for the Frenchman astride the Ajo Motorsport Kalex machine. Zarco’s charge began when he qualified in pole position yesterday, putting himself in a prime position to make history. 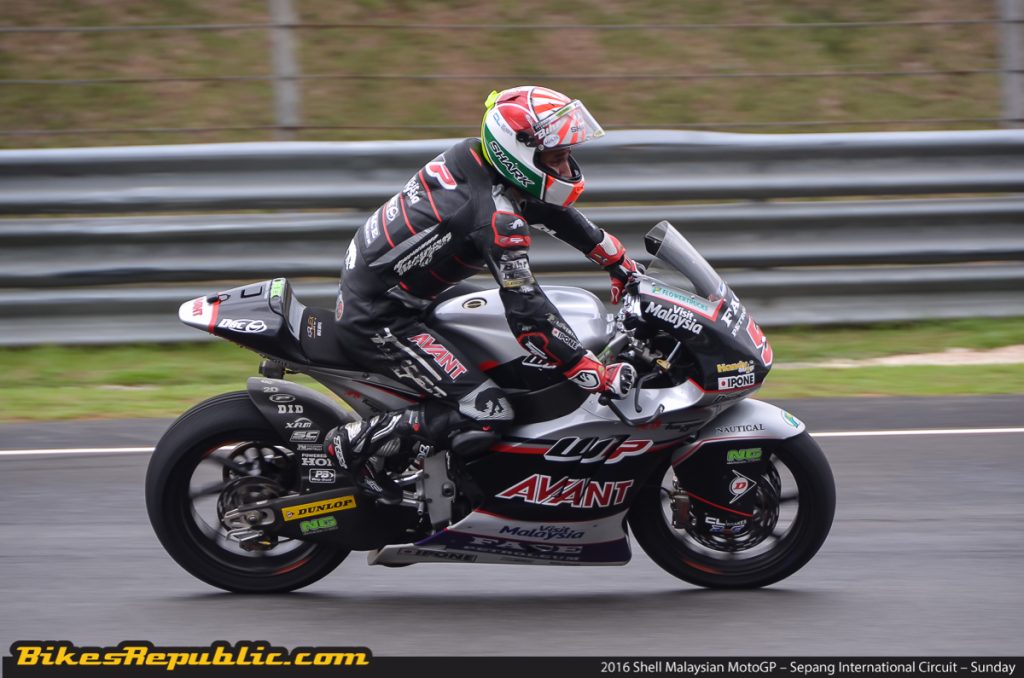 An early shower just after the end of the Moto3 race held earlier meant that tyre strategy was critical. As the lights went out, Zarco proceeded to battle it out against Franco Morbidelli astride the Marc VDS machine and Jonas Folger piloting the Dynavolt Intact GP machine. 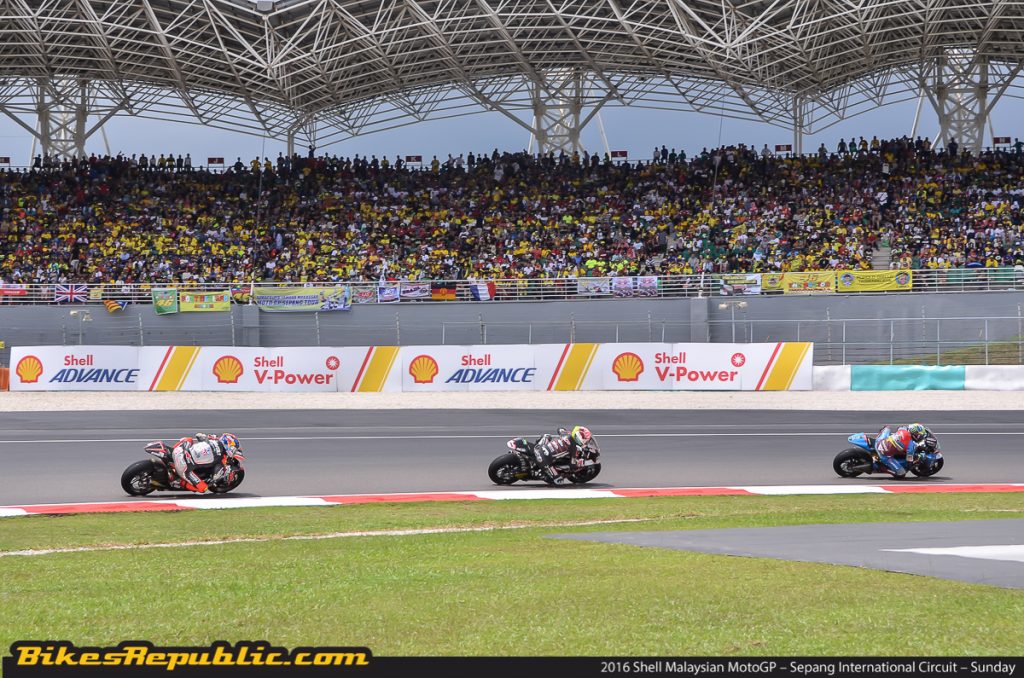 Though all three riders had the pace, it was Zarco’s mastery of tyre preservation that granted him the grip he needed to charge in the final laps. Taking the lead away from Morbidelli on Lap 14, Zarco then proceeded to pull away, taking the win with a 3.256-second gap ahead of the Italian who settled for second followed by Folger who finished a further 3.689 seconds behind in third. 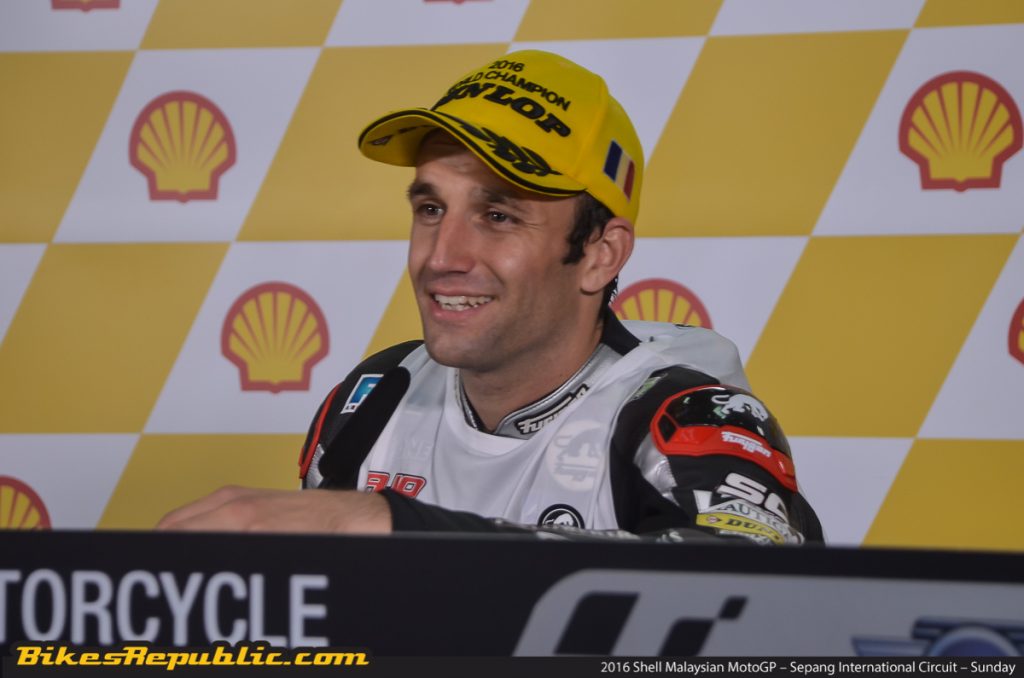 The 25 points collected with his win in Malaysia allowed Zarco to seal his second Moto2 title with 251 points in total. This was perhaps the best end to a challenging season before he moves up into the premier MotoGP class next year with the Tech3 team. 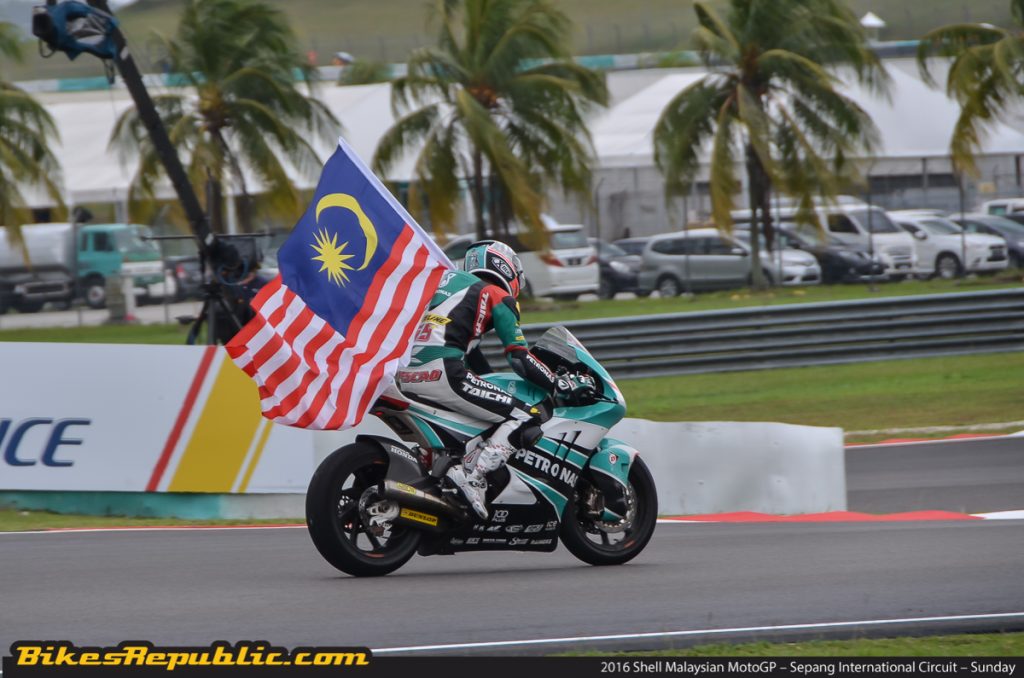 Both Hafizh and Ramdan stood as the best performing national riders today, earning themselves not just valuable championship points, but also a place in the hearts of the many local fans that turned up to support them. 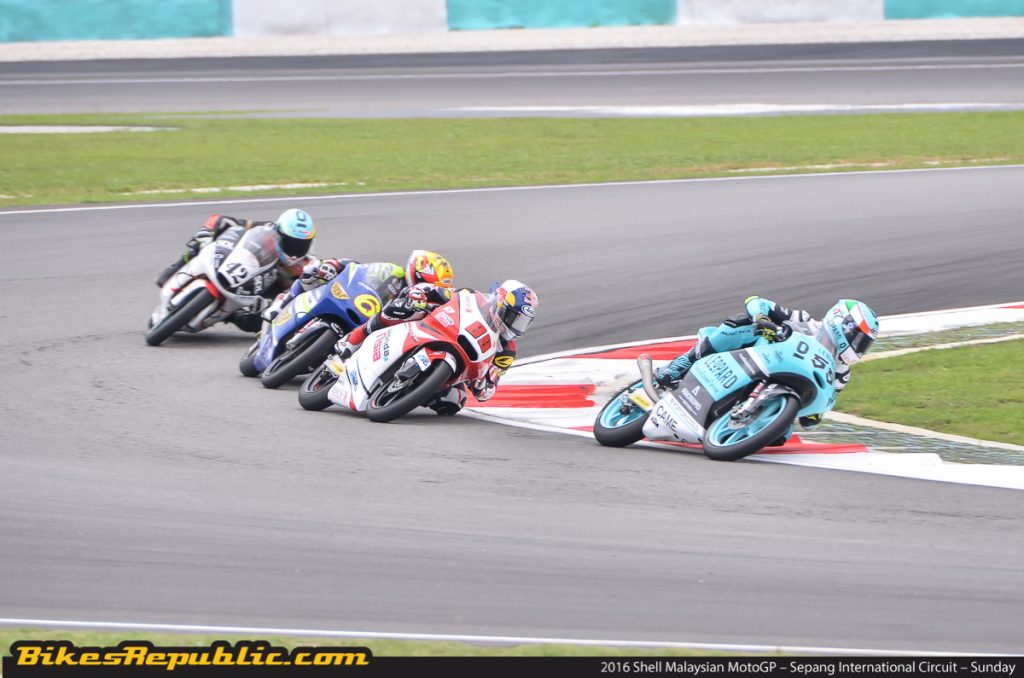 Moto3 – Pecco reigns supreme
Last but not least came the day’s first race, which was the thrilling lightweight Moto3 class. The biggest surprises here were the number of riders crashing out, but the results were fruitful for a few.

One of the riders crashing out today was none other than newly crowned Moto3 world champion Brad Binder. The South African youngster crashed out on his Red Bull KTM Ajo machine early on Lap 3 along with a few others.

Also meeting a disappointing and early end to the day was national rider Adam Norrodin. One of the victims of an apparent oil slick, the Drive M7 SIC Racing Team rider retired on the first lap along with five other riders.

Winning here was Italian rider Francesco ‘Pecco’ Bagnaia astride the Aspar Mahindra Team machine, scoring another well deserved win not just for himself, but also for the rising Mahindra factory racing effort. 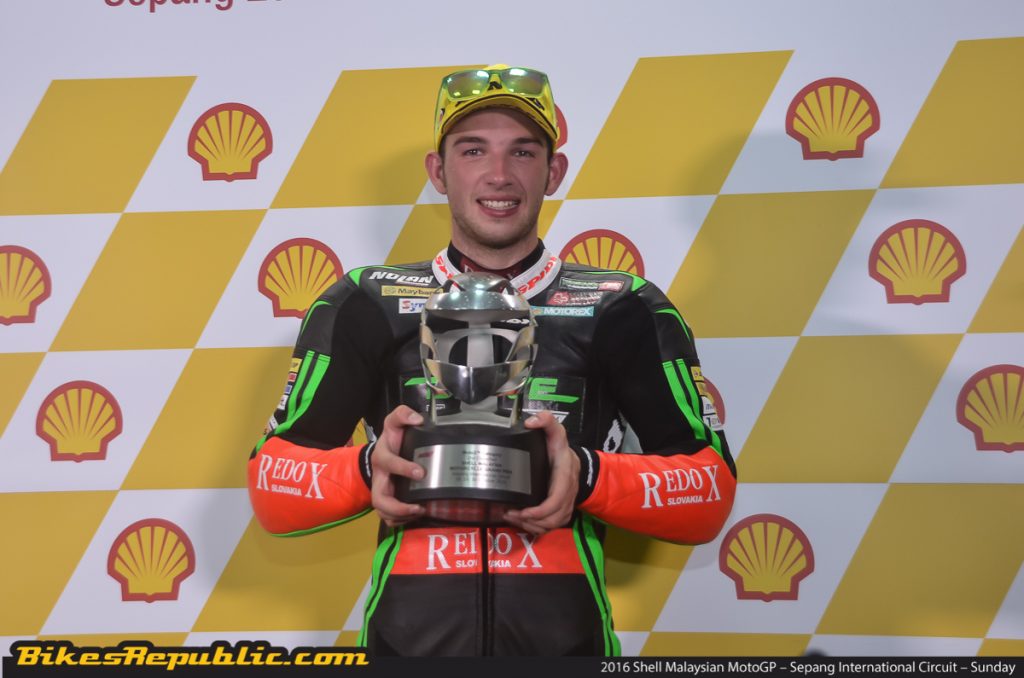 While fortune didn’t favour Adam Norrodin, it did favour his teammate Jakub Kornfeil after the Czech rider took a spectacular second place finish on home soil for the Malaysian team. Completing the podium was Red Bull KTM Ajo’s Bo Bendsneyder who finished third. 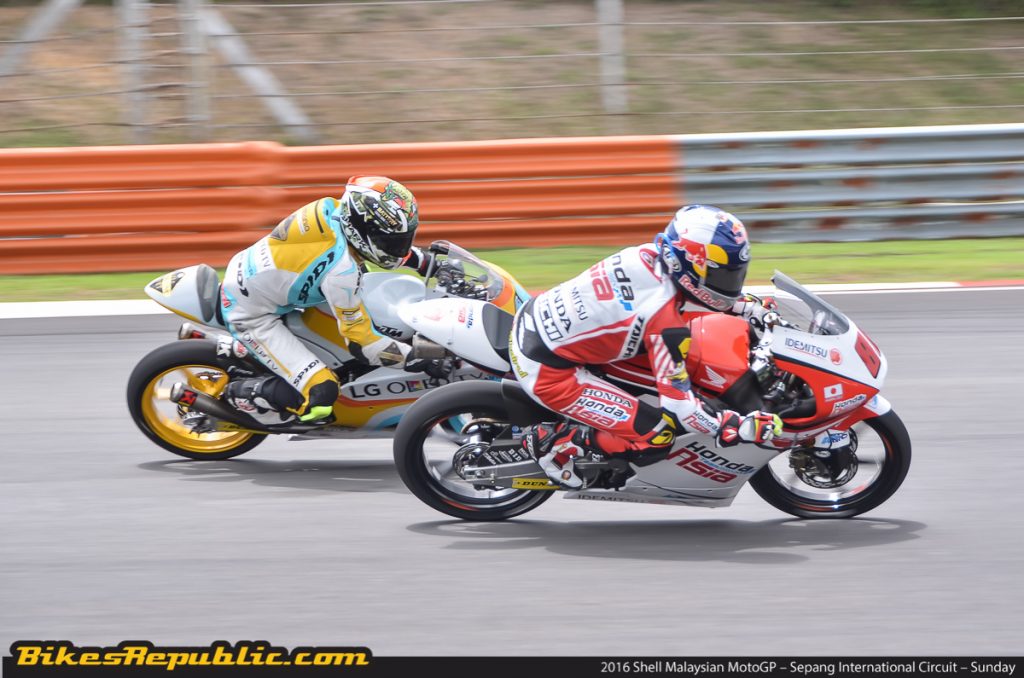 Further down the order saw national rider and rising sensation Khairul Idham Pawi settling for a respectable 8th place finish despite the challenges of mastering the newly re-profiled home circuit of his. 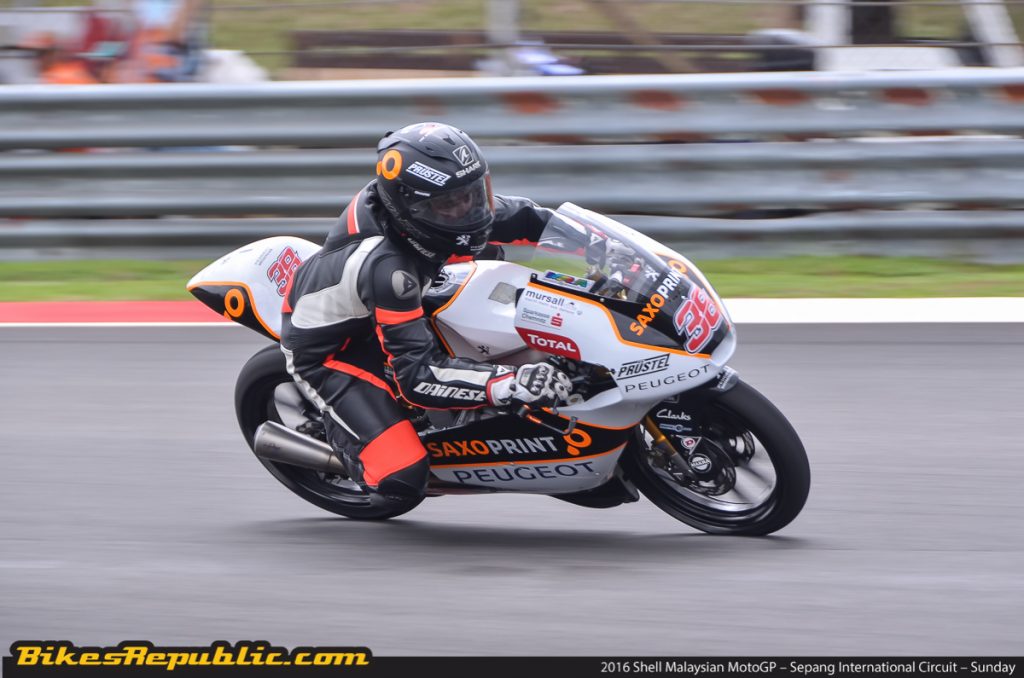 Also marking a respectable performance was wildcard Hafiq Azmi who finished 12th astride the Peugeot MC Saxoprint machine. Hafiq’s wildcard entry was confirmed earlier this week when he was roped in to replace an injured John McPhee in the Peugeot squad. 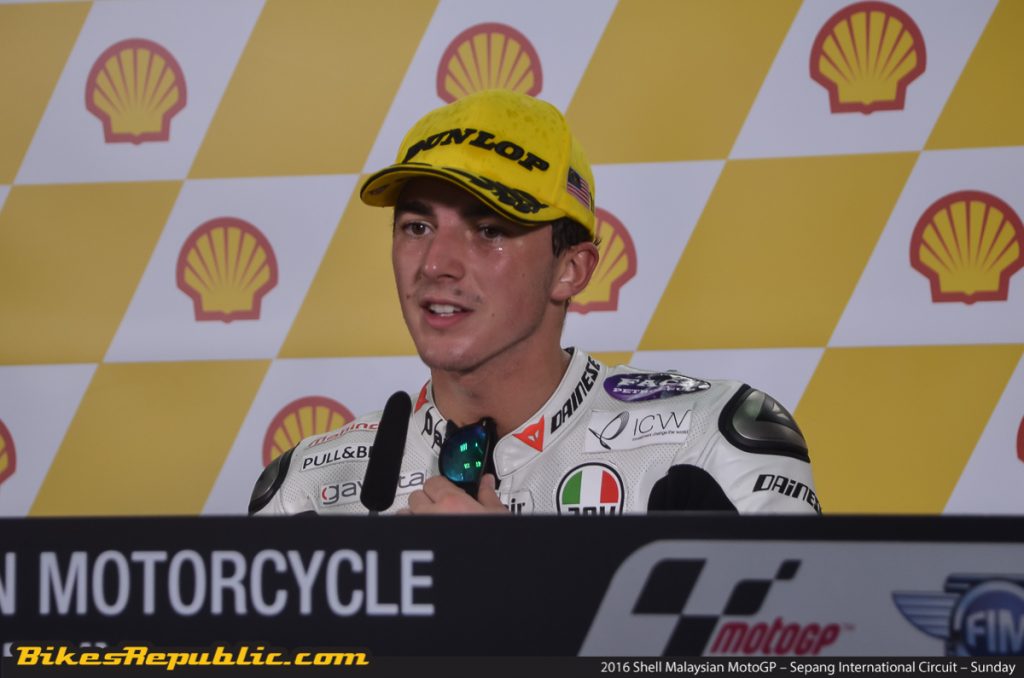 With his win, Pecco now ranks third in the standings with 145 points and looks in line to end the season as one of the top three riders of the class.

Valencia season finale
With 17 rounds now completed and all classes crowning their champions for the year, MotoGP will host one last running for the year in Valencia from Nov 11 to 13. Raceday broadcast on Sunday begins with Moto3 at 6:00pm, followed by Moto2 at 7:20pm and finally MotoGP at 9:00pm. (All times listed are local Malaysian times.) 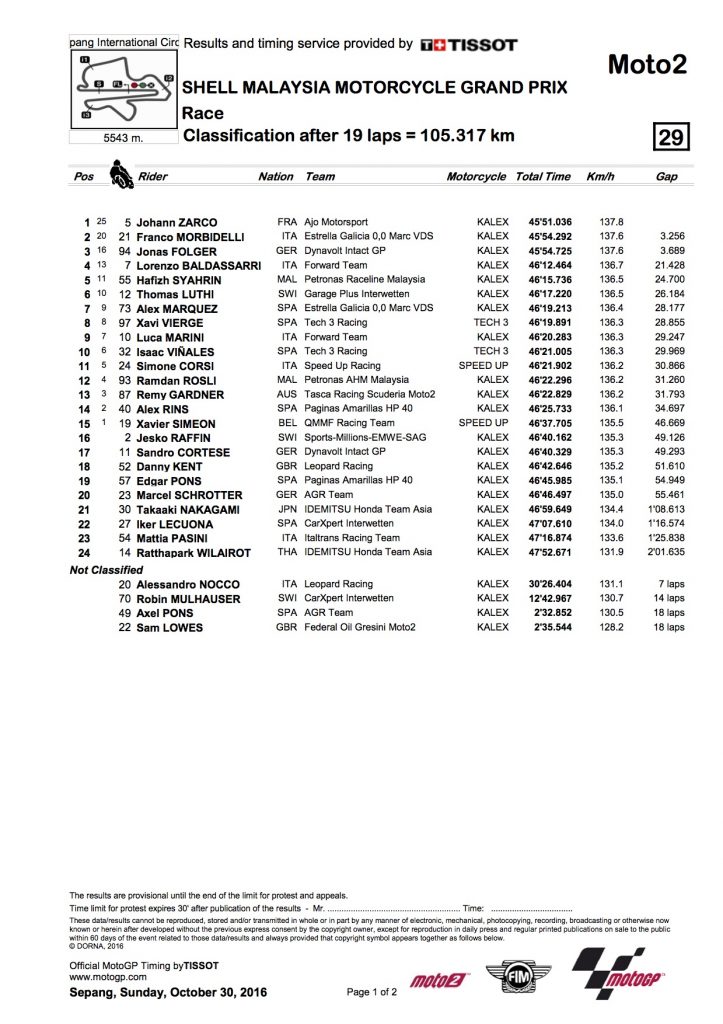 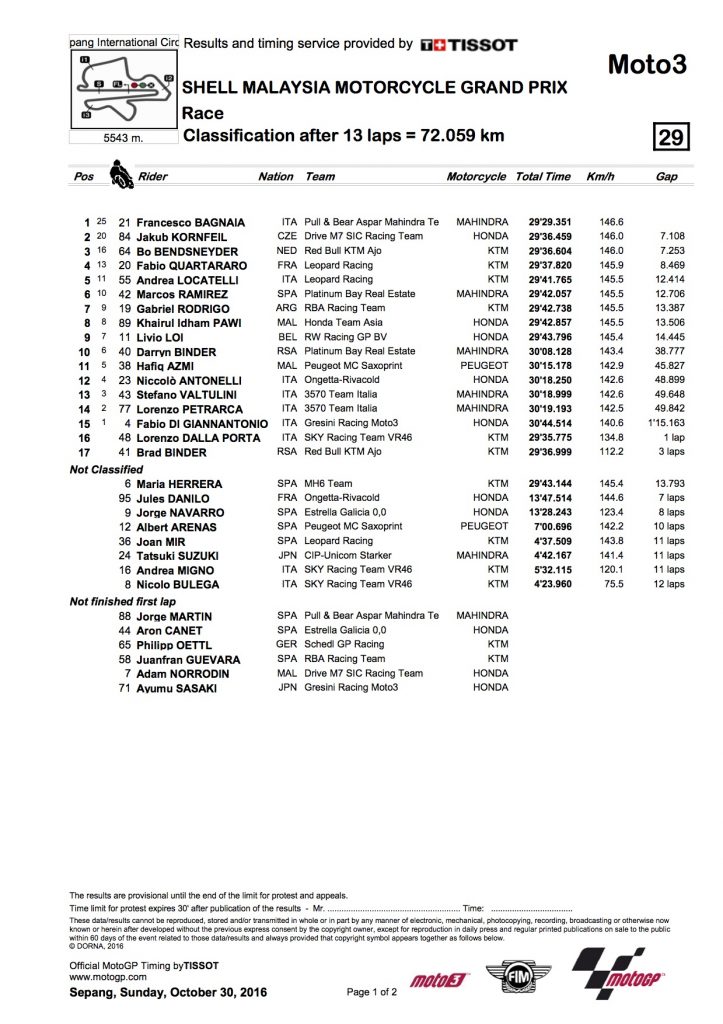