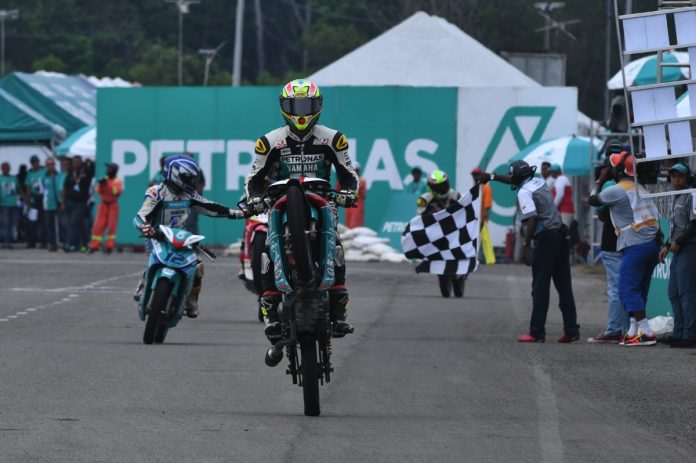 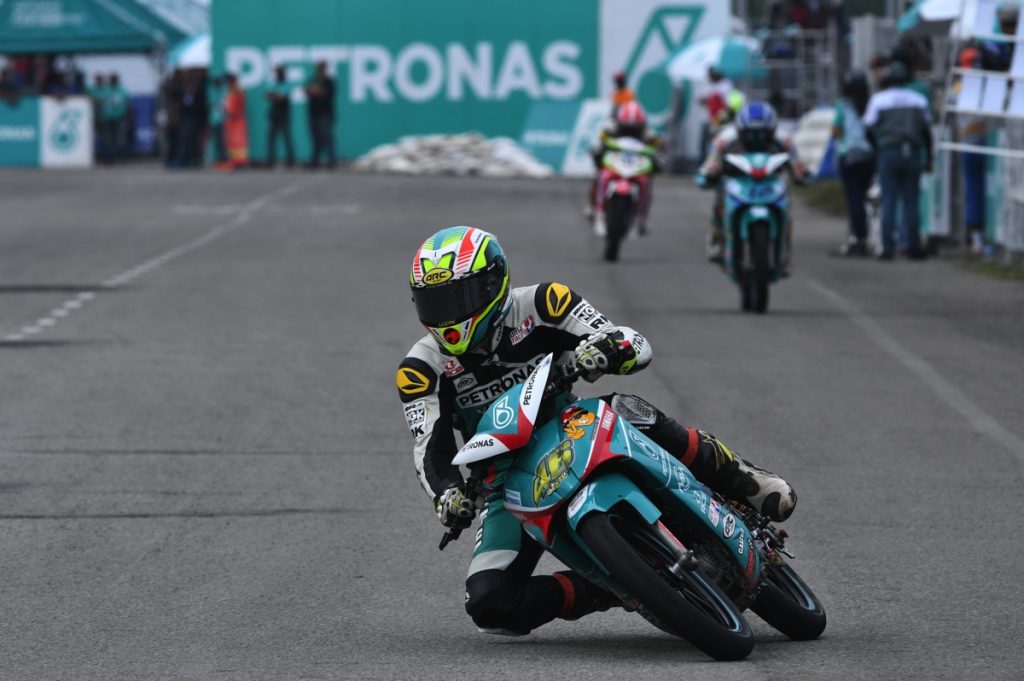 Round 8 of the Petronas AAM Malaysian Cub Prix 2016 national underbone racing series got underway last weekend in the East Coast state of Pahang. Here’s what went down in all three classes. 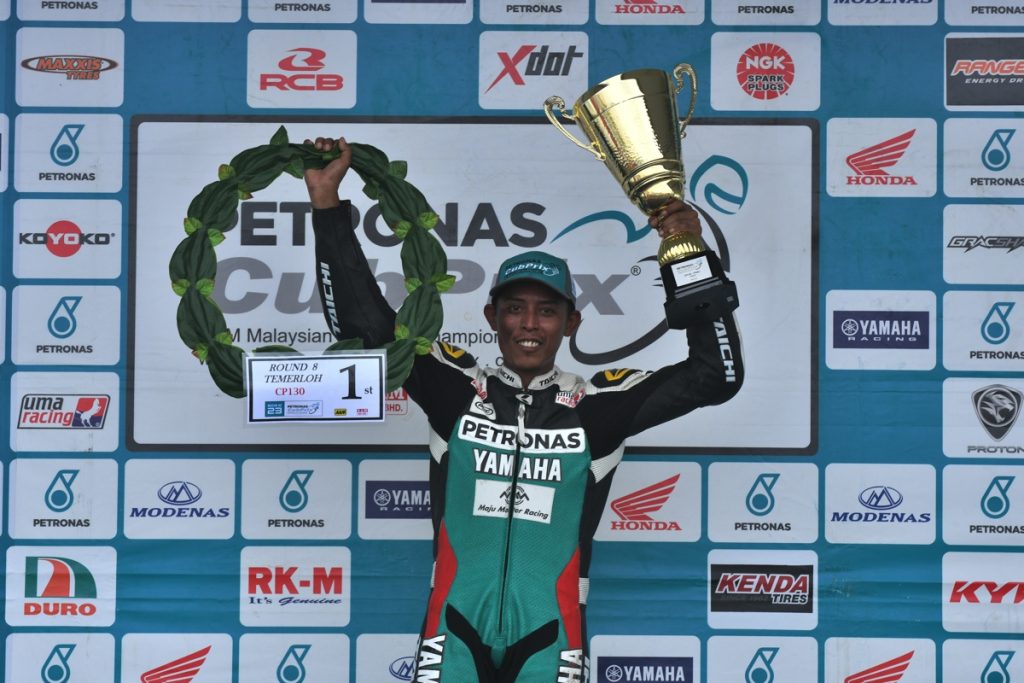 The veteran rider from Taiping showed that, despite being in his twilight years of racing, he still has what it takes to win races in a commanding fashion. Joining Ahamd Fazli on the podium in second place was Petronas Yamaha CKJ rider Md Fitri Ashraff Razali whilst Harian Metro YTEQ SCK Honda Racing rider Norizman Ismail finished third. 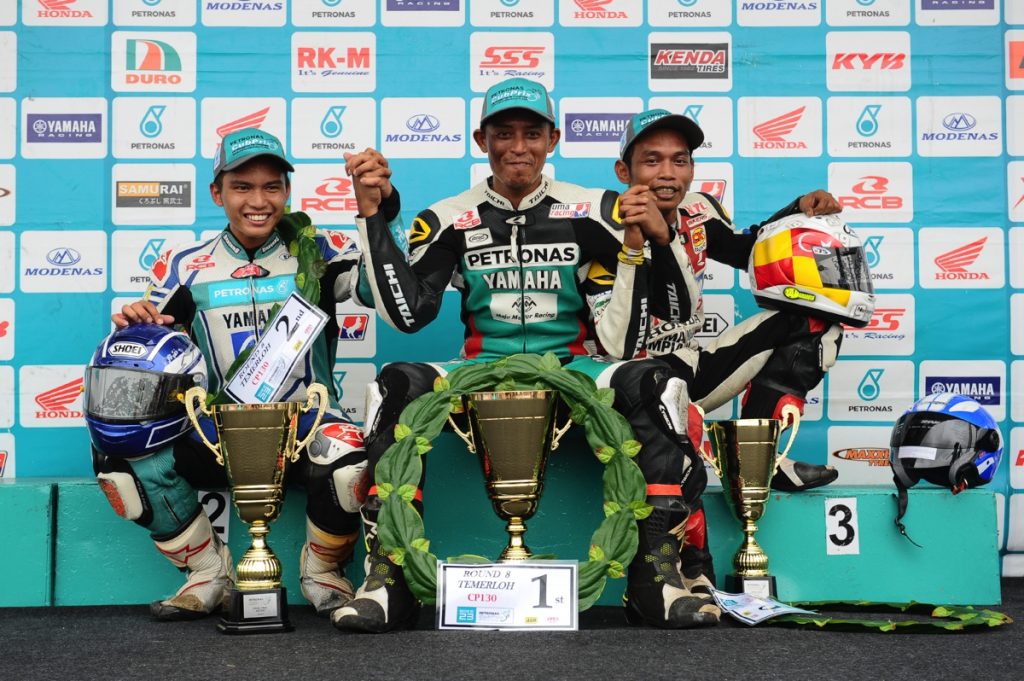 Kasma eventually settled for an eighth place finish in Sunday’s race, hauling valuable points to retain his lead in the championship standings with 158 points. Teammate Fazli is ranked second with 136 points, holding a strong chance at snatching the title away from Kasma with just 22 points separating them. 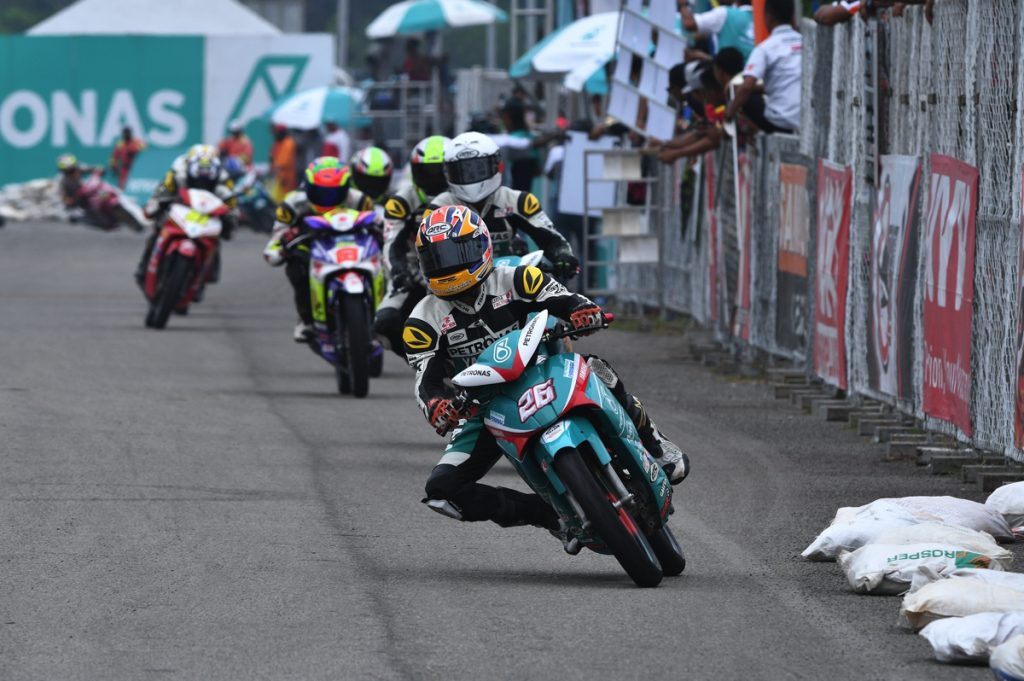 CP115 – Haziq trumps Azroy for the win
In the supporting CP115 category, it appears that the championship battle has shifted its pace. Faltering here were title contenders Md Akid Aziz and Tengku Amirul Haffifrudin.

While a broken hand forced Tengku Amirul of the Motul Zeneos YY Pang Team to withdraw, rival Md Akid Aziz’s race on Sunday came to an early end as he ad to retire the after just 11 laps astride the Petronas Yamaha Maju Motor machine. 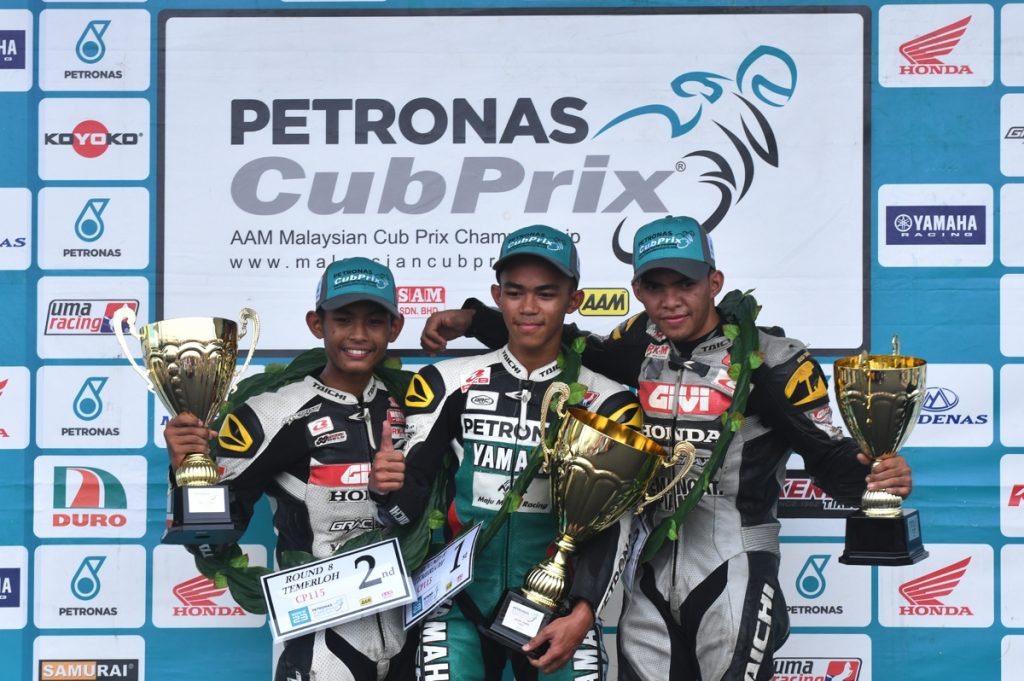 Both Akid and Amirul remains at the top of the CP115 standings with 106 points and 100 points respectively, but Md Haziq’s winning form in Temerloh sees him edging closer in third with 92 points. 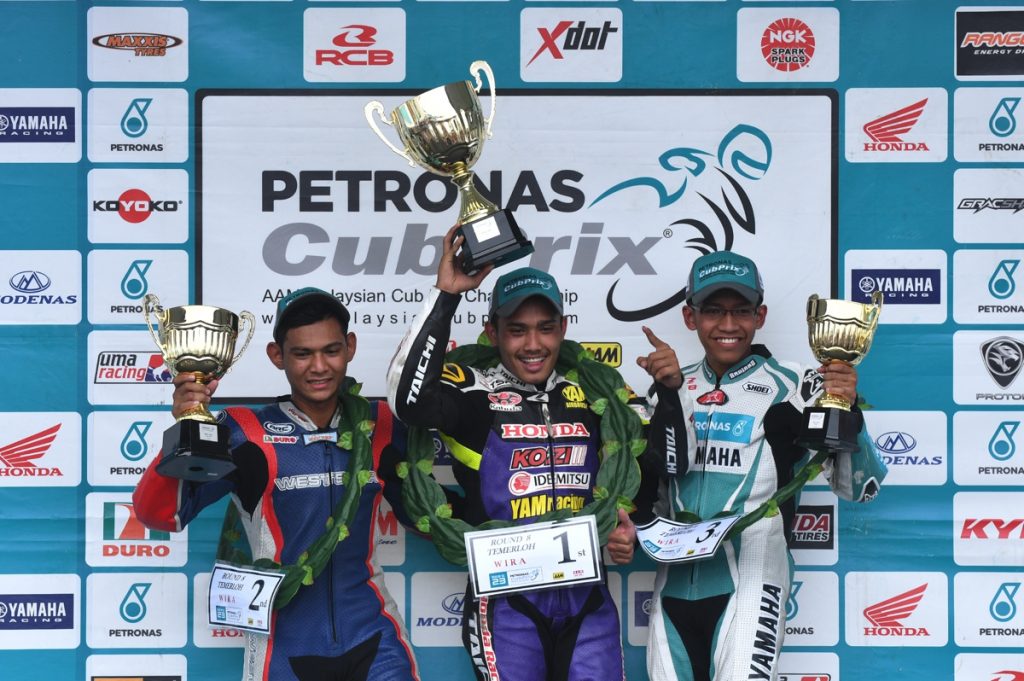 Wira – Shafiq’s winning return
In the highly competitive Wira class, it was Selangor native Shafiq Ezzariq that rose back to the top to reclaim his lead in the class’ title race.

The Idemitsu Kozi Yam Honda Racing rider had the initial advantage early in the season, but the arrival of strong challenger Helmi Azman changed things in the last few rounds. With Helmi settling for a 16th place finish yesterday, there was little stopping Shafiq from stealing the win.

Shafiq still leads the standings with 174 points in total whilst title rival Helmi remains in second with 128 points. With two races left, the battle for the Wira class’ title boils down to these two young riders.