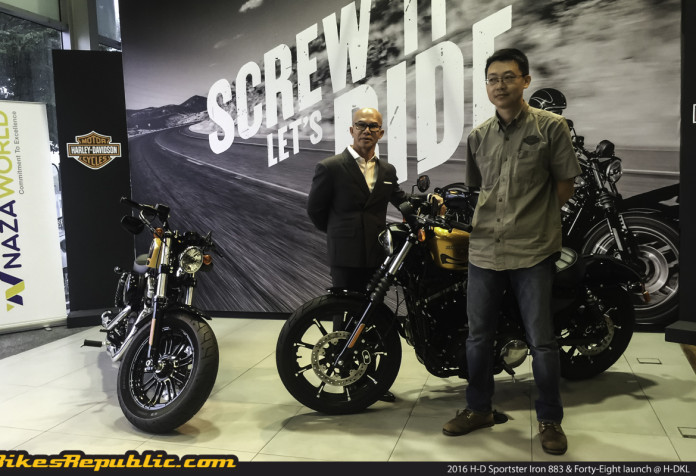 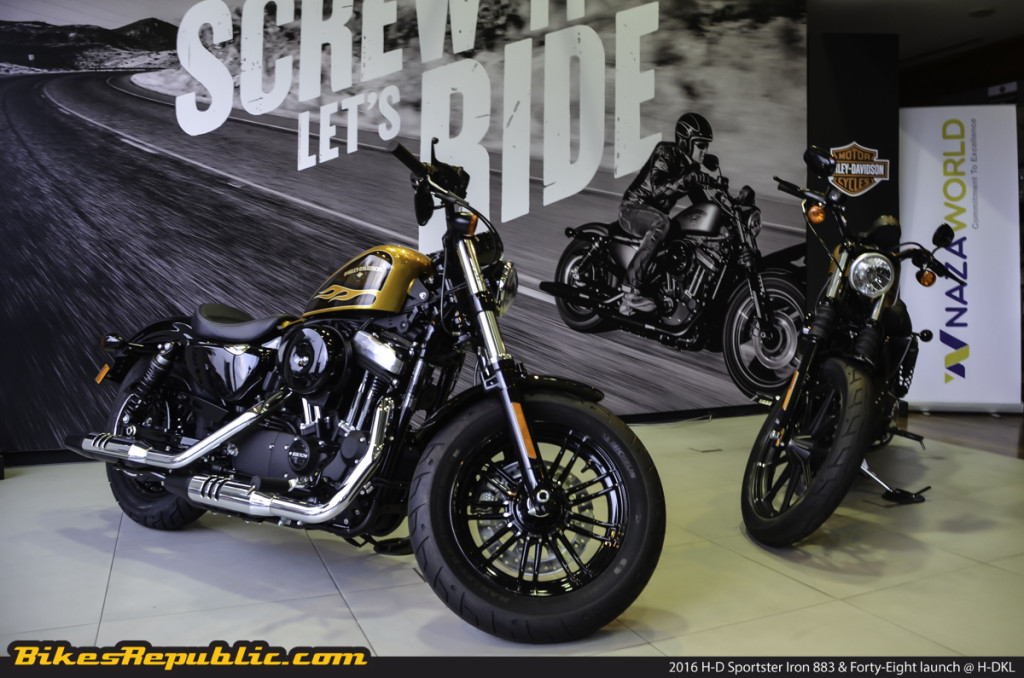 Both models were launched earlier today in the firm’s flagship Harley-Davidson of Kuala Lumpur (H-DKL) showroom in Petaling Jaya. Updated and refreshed for 2016, both the new Iron 883 and Forty-Eight models stand as part of the Sportster-based Dark Custom model range that boasts a darker theme. 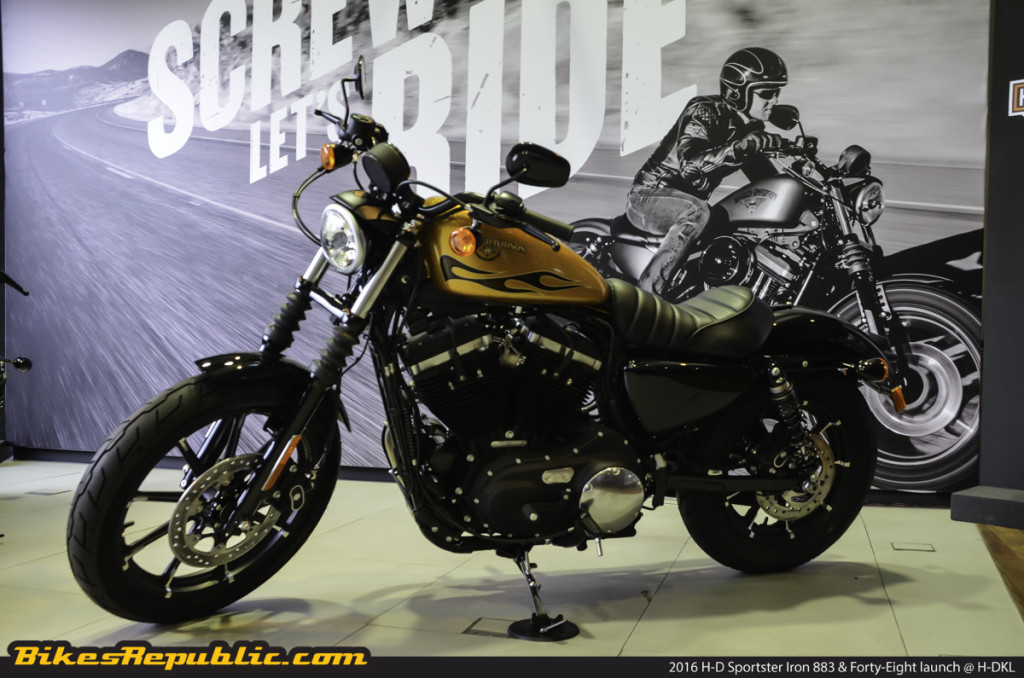 First of the two is non other than the Iron 883. This bobber is powered by H-D’s signature air-cooled 883cc Evolution V-twin engine that is primed with an Electronic Sequential Port Fuel Injection suite. Generating a peak torque figure of 71Nm @ 3,750rpm, power is sent to the rear wheel via another signature H-D trait – a belt drivetrain.

Notable highlights here include a blacked-out floating front disc brake, black-painted nine-spoke cast aluminium wheels with machined highlights, as well as the offer of a pillion seat to match the tuck-and-roll seat upholstery. 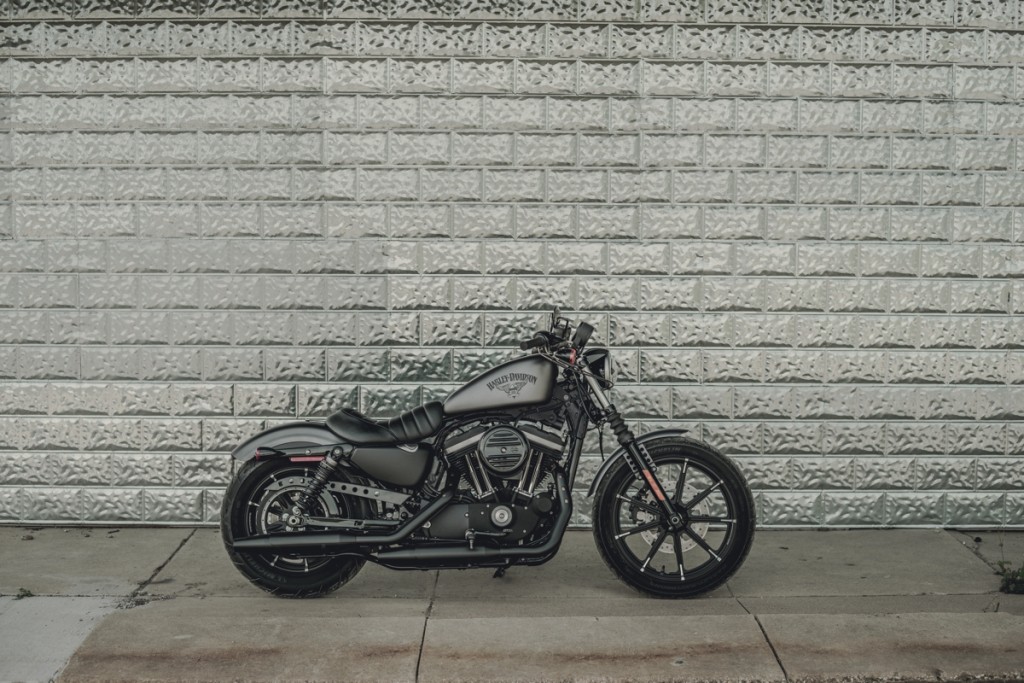 The biggest change here lie in the suspension setup, which has been improved in the 2016 model. The setup is comprised of cartridge-style forks up front with a new emulsion rear shock absorbers set with progressive-rate springs and a threaded pre-load adjustment collar. 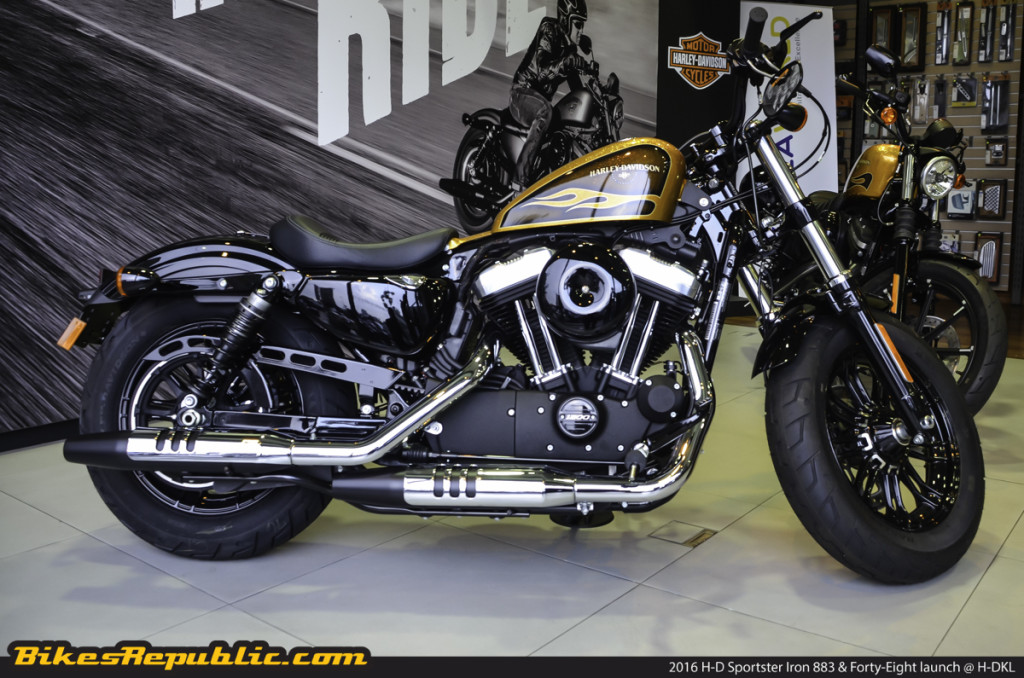 Next up comes the new 2016 Harley-Davidson Sportster Forty-Eight. It boasts a more muscular stance as a custom cruiser and has a larger and more powerful engine to match it. Underneath, the Forty-Eight features the 1,202cc version of the H-D brand’s Evolution V-twin mill, and it develops a higher peak torque figure that stands at 96Nm @ 3,500rpm.

One eye-catching feature in the new Forty-Eight are the fuel tank’s horizontal stripes design that is repeated in the seat stitching, slotted exhaust shields, rear sprocket and belt guard. Besides that, there are new items primed in the 2016 model such as the lightweight cast aluminium alloy wheels that features a black-painted finish and machined highlights. 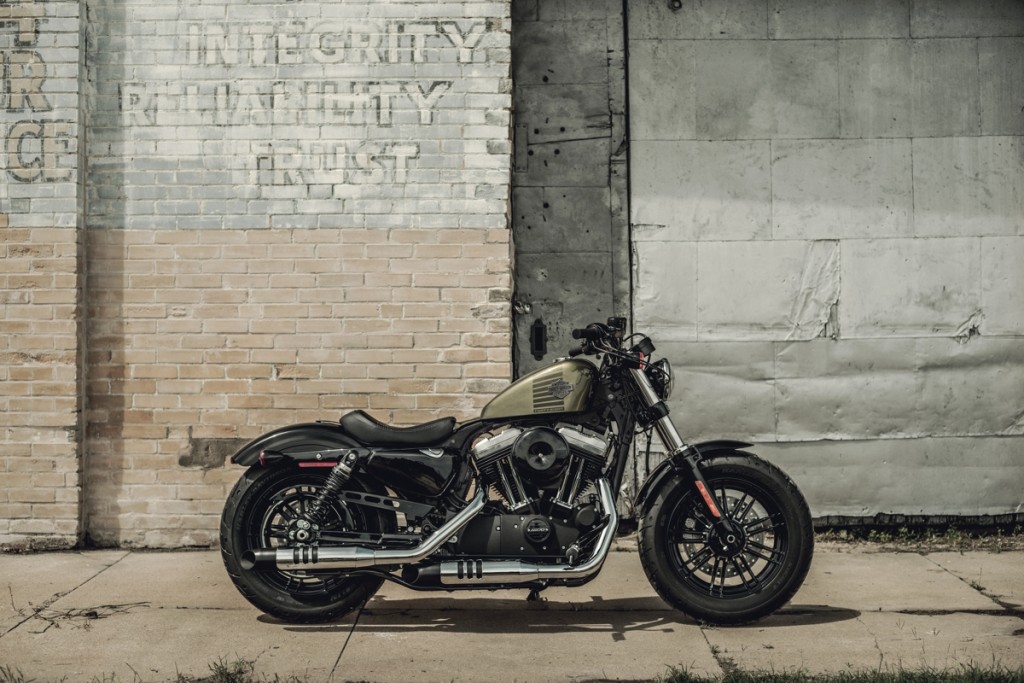 Curcially, the biggest change here lie in the enhanced new suspension setup. Mirroring the Iron 883, it is comprised with a set of 49mm cartridge front forks and a pair of emulsion rear shock absorbers with progressive-rate springs and a threaded pre-load adjustment collar. 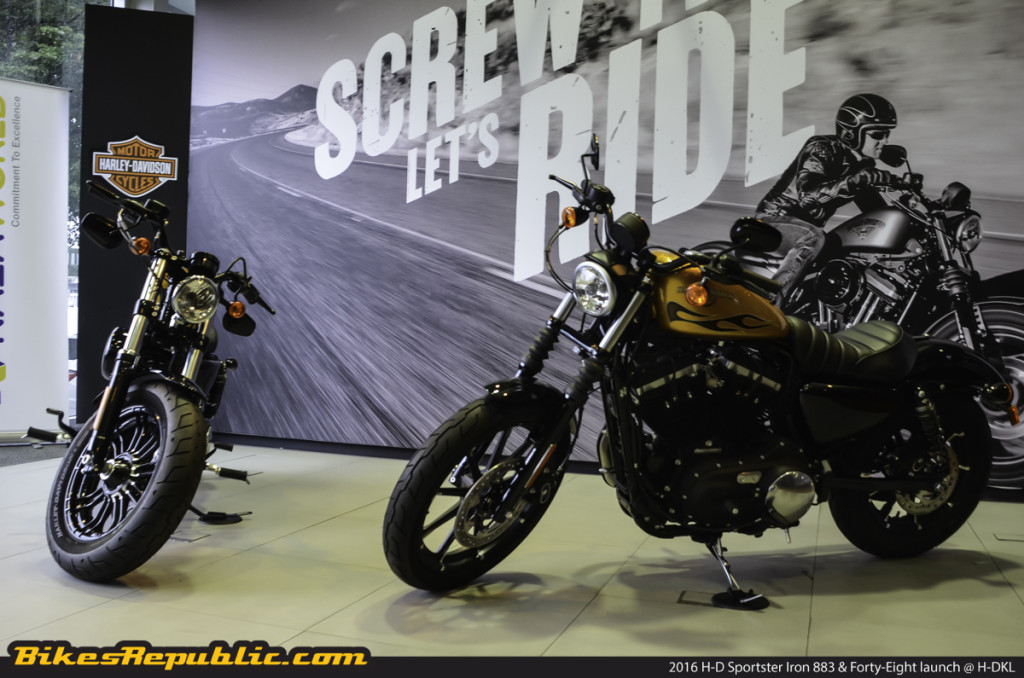 Available in a choice of four colour options each, the new 2016 Harley-Davidson Sportster Iron 883 and Forty-Eight retails with a starting price of RM89,000 and RM106,000 respectively (prices include GST). These prices also includes H-DKL’s offer of a five-year warranty, two and a half-year free service plus one year free Harley-Davidson Owners Group (HOG) assist plan.

Check out more images in the galleries we’ve prepared below.