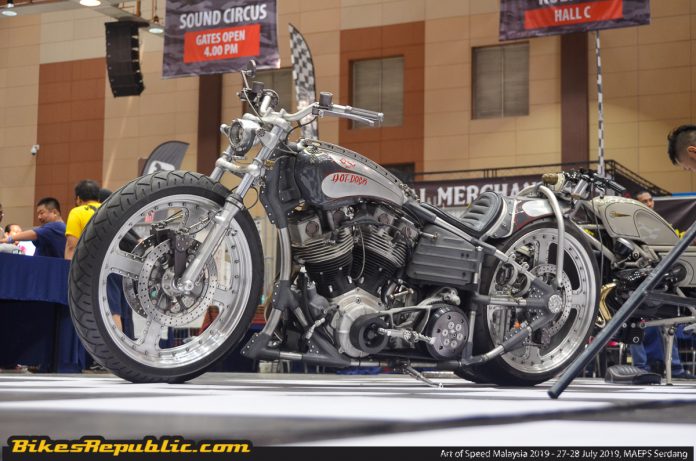 AOS 2019 (Art of Speed Malaysia) has just concluded yet another event filled with countless of amazing homegrown talents, beautiful custom cars, tantalizing motorcycles, and everything else in between the custom culture. 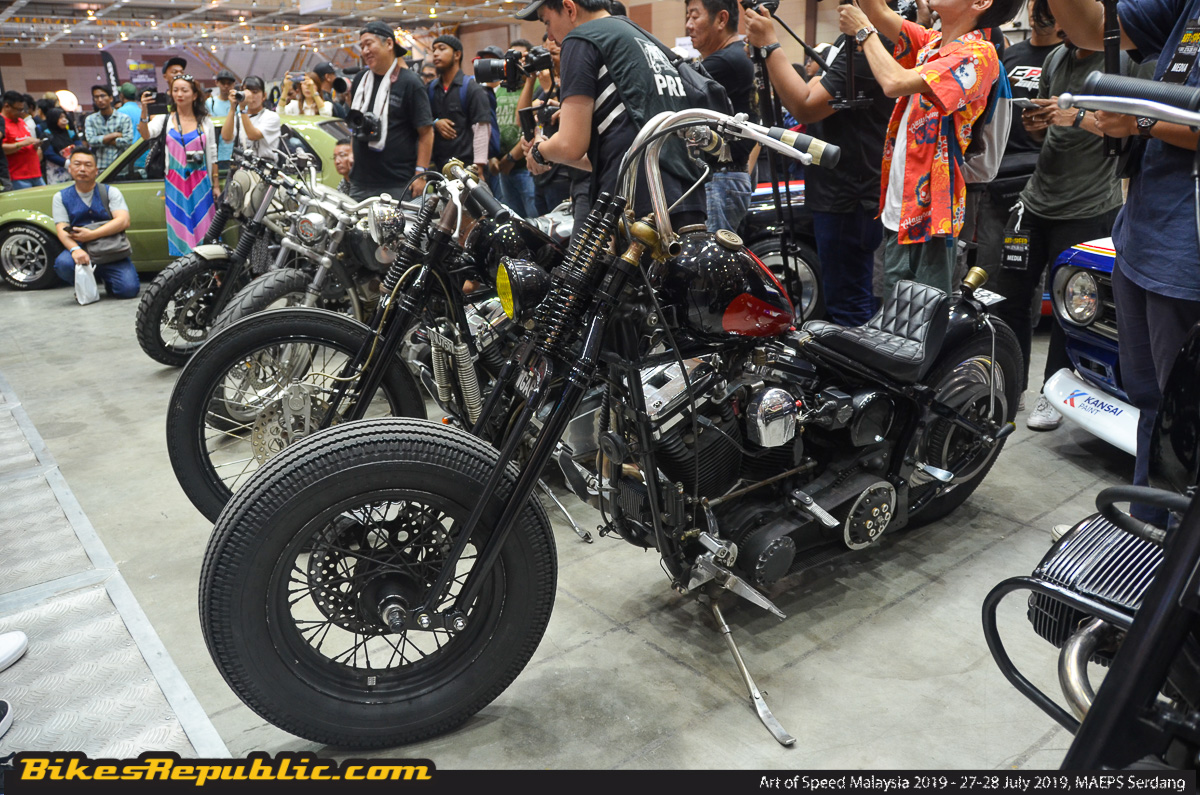 This year, AOS has really proven itself as Malaysia’s pinnacle of custom culture by bringing in a host of international figures from around the globe; some with their highly recognized machines. Hailing from all parts of the world, there’s no denying the fact that AOS is Malaysia’s premier Old-Skool & Kustom Kulture event. 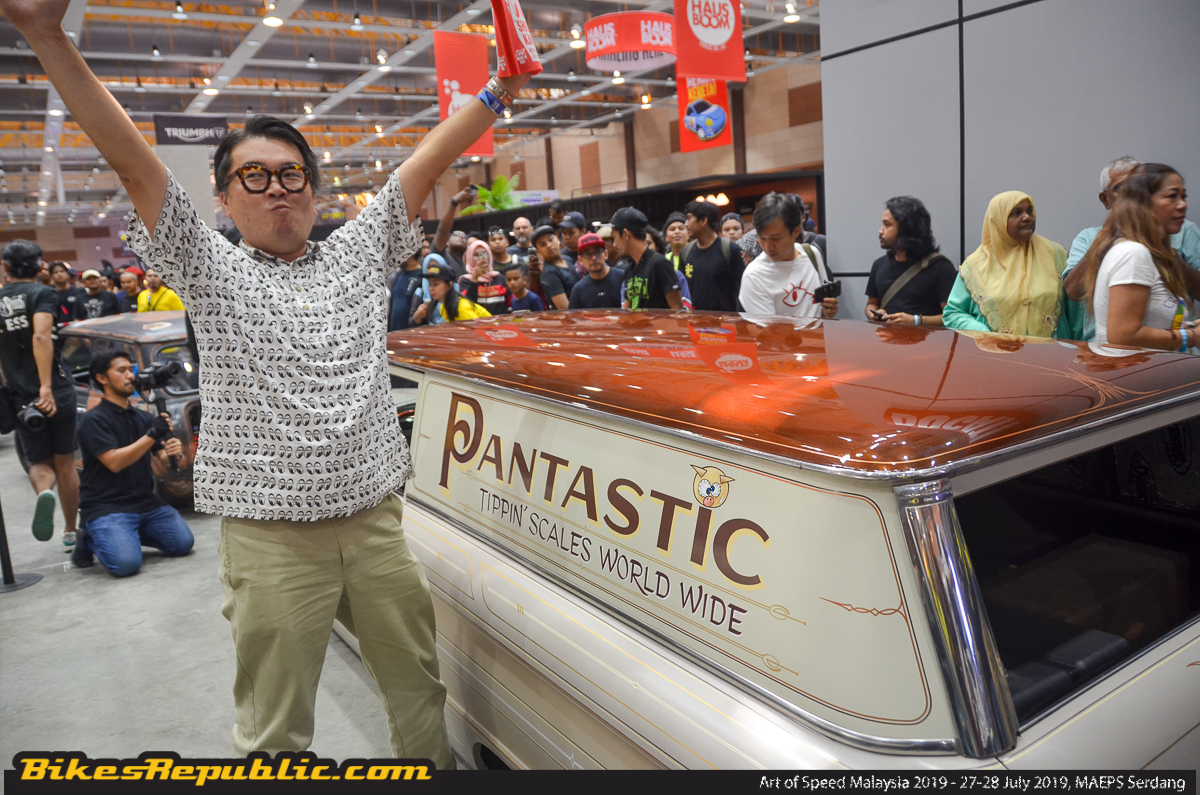 Don’t believe us? Well, you can ask all 55,000+ attendees who came to the event last weekend. Many came for different reasons; from checking out all the custom cars and bikes on show, witnessing the launch of the new Harley-Davidson FXDR 114, Hot Wheels Japan Historics 3 collection global debut, to enjoying the performances by their favourite bands at the outdoor Sound Circus concert stage. 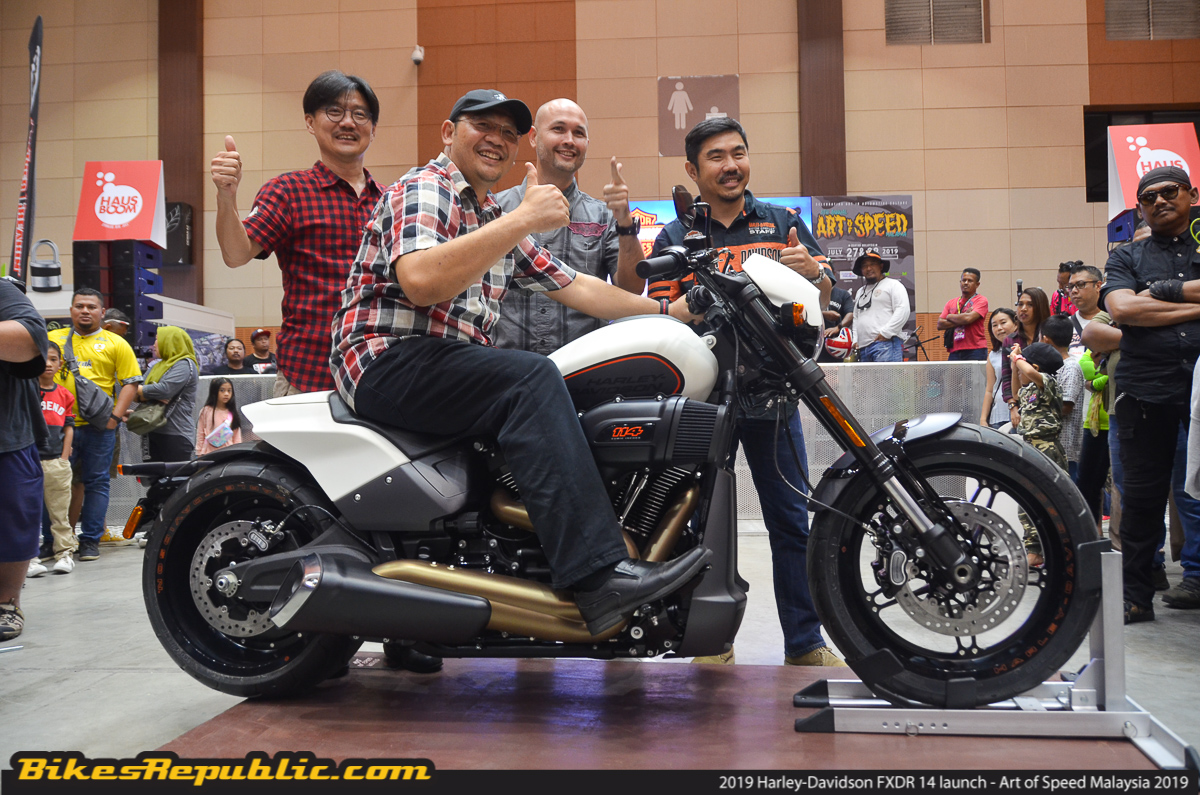 It was indeed a sight to behold considering that my very first experience with AOS was years back when they did the gathering at the parking lot of Citta Mall, Petaling Jaya. There were only a few custom cars back then but the one that pulled me in was the showcase of ‘Eleanor’, a Shelby Mustang GT500 from the 1970s.

Now, AOS is without a doubt a strong front in the local custom scene with massive support from both domestic as well as international giants of the industry. 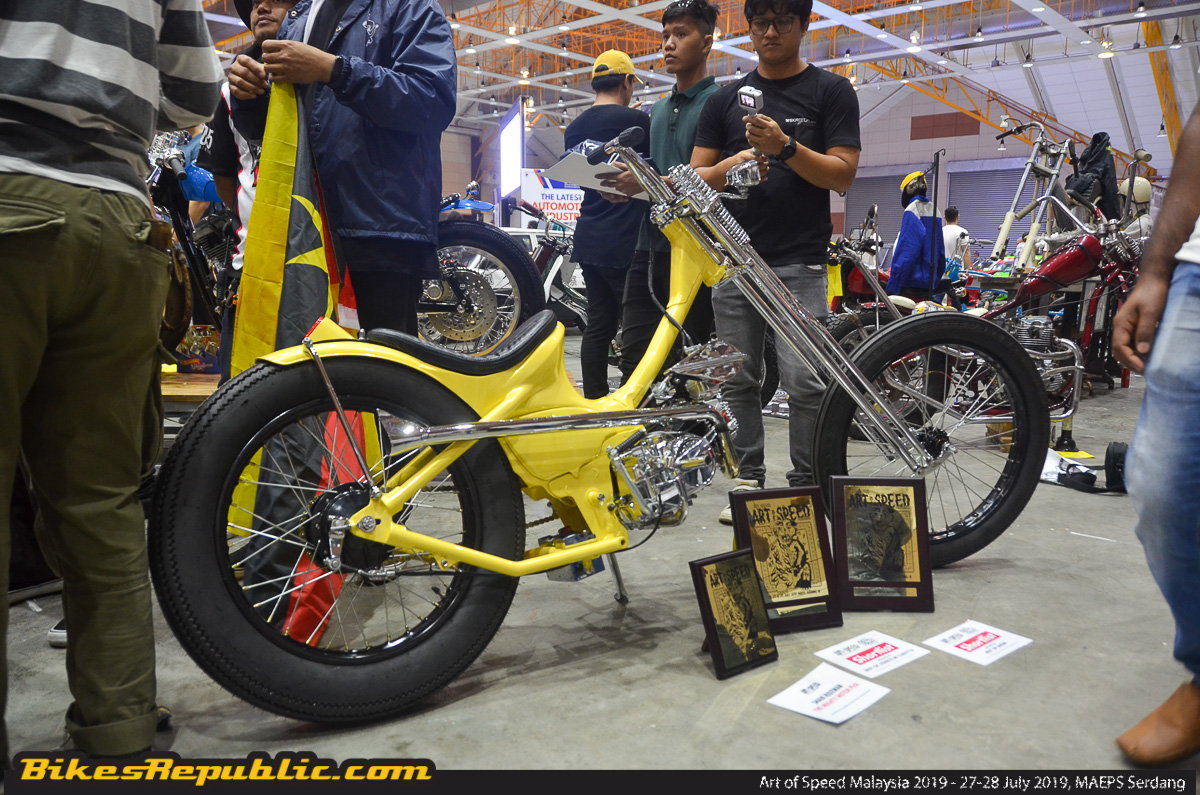 One of the biggest highlights for this year’s extravaganza was the showcase of the custom BMW R nineT Scrambler by Heiwa Motorcycles (Japan). The job was commissioned to master bike builder, Kengo Kimura. By who? BMW Motorrad. That’s right, one of the biggest manufacturers in the world contracted some Japanese dude from Hiroshima, Japan to help with their build. 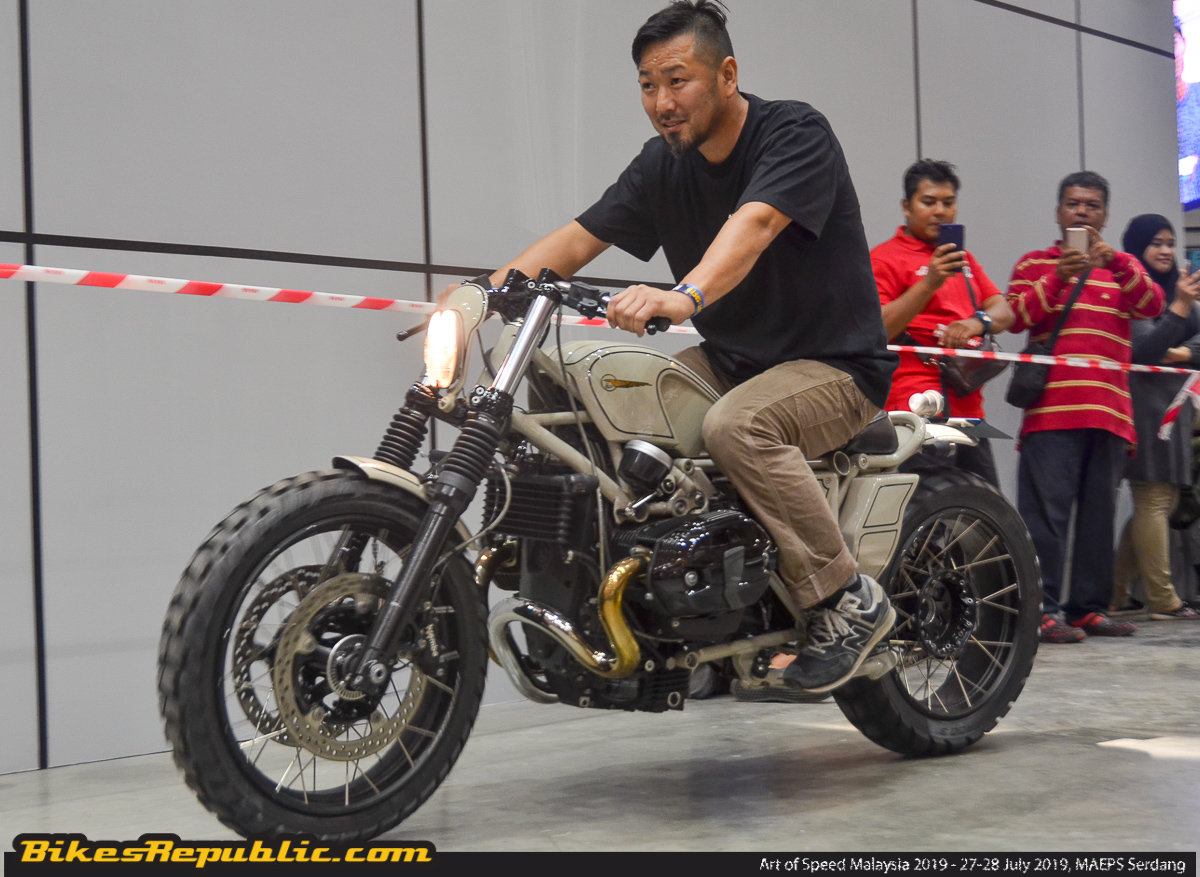 The result is nothing short of amazing where Kengo injected his magical dose of ‘Heiwa’ magic into the R nineT Scrambler. No sketches or designs were sent to BMW Motorrad first for approval, they just trusted Kengo to come up with something special; and he did. 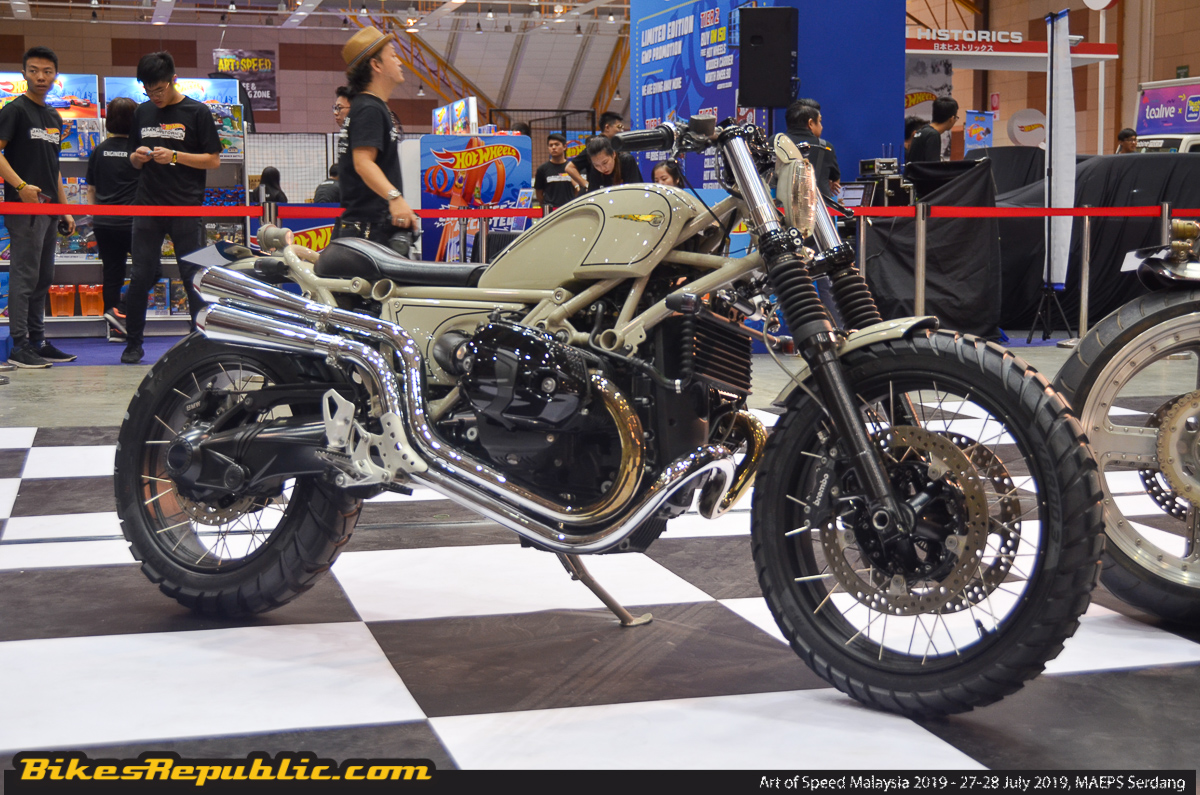 Right next to the custom BMW R nineT is also another legend in the custom motorcycle world, the StG Nautilus by Hot Dock Custom Cycles (Japan). This machine was the Grand Champion of the 2008 S&S 50th Anniversary “World’s largest Build-Off” contest where 50 bike builders from around the world joined the competition. 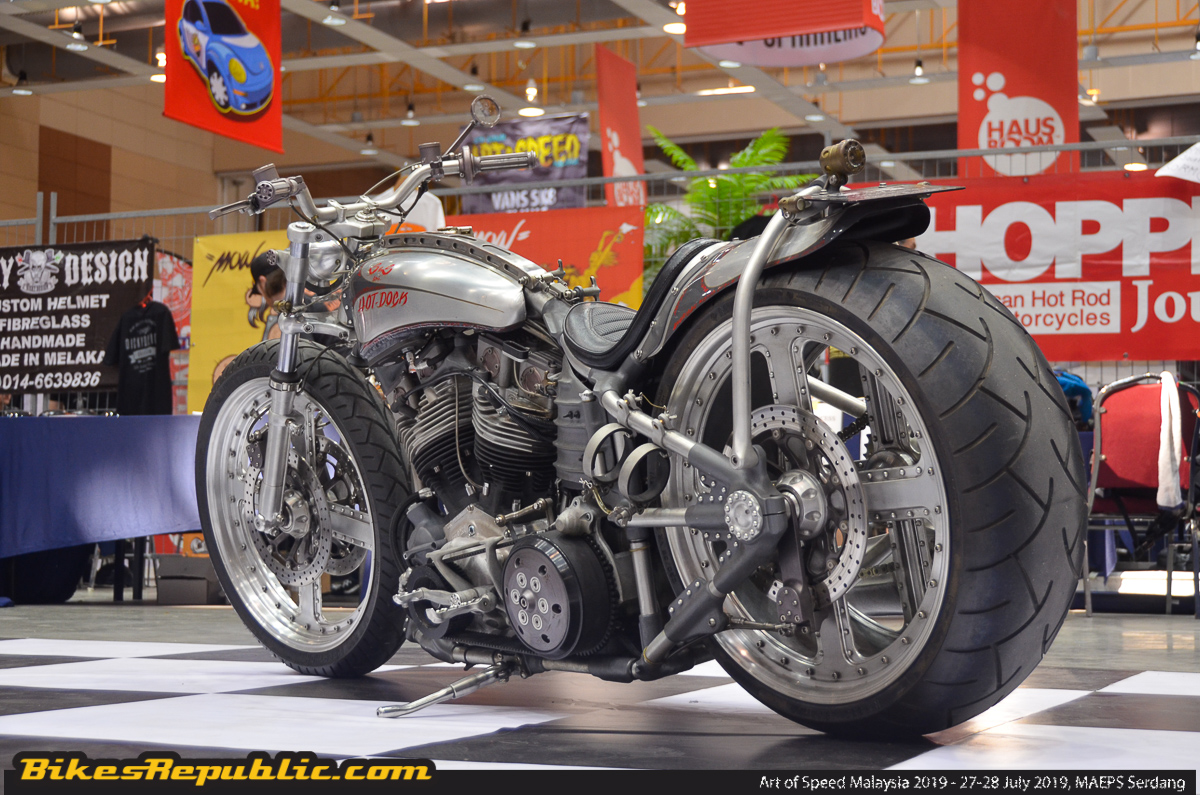 Inspired by submarine in ‘20,000 Leagues Under the Sea’ and Keiji’s favourite World War II gun, the Sturmgewehr 44, the bike won the hearts of many (including the judges). Seeing it live inside of Hall A of MAEPS Serdang, most folks understand why the bike won. In other words, the bike looked so good that it can literally go into production right now and there will be a line of people wanting to buy it. 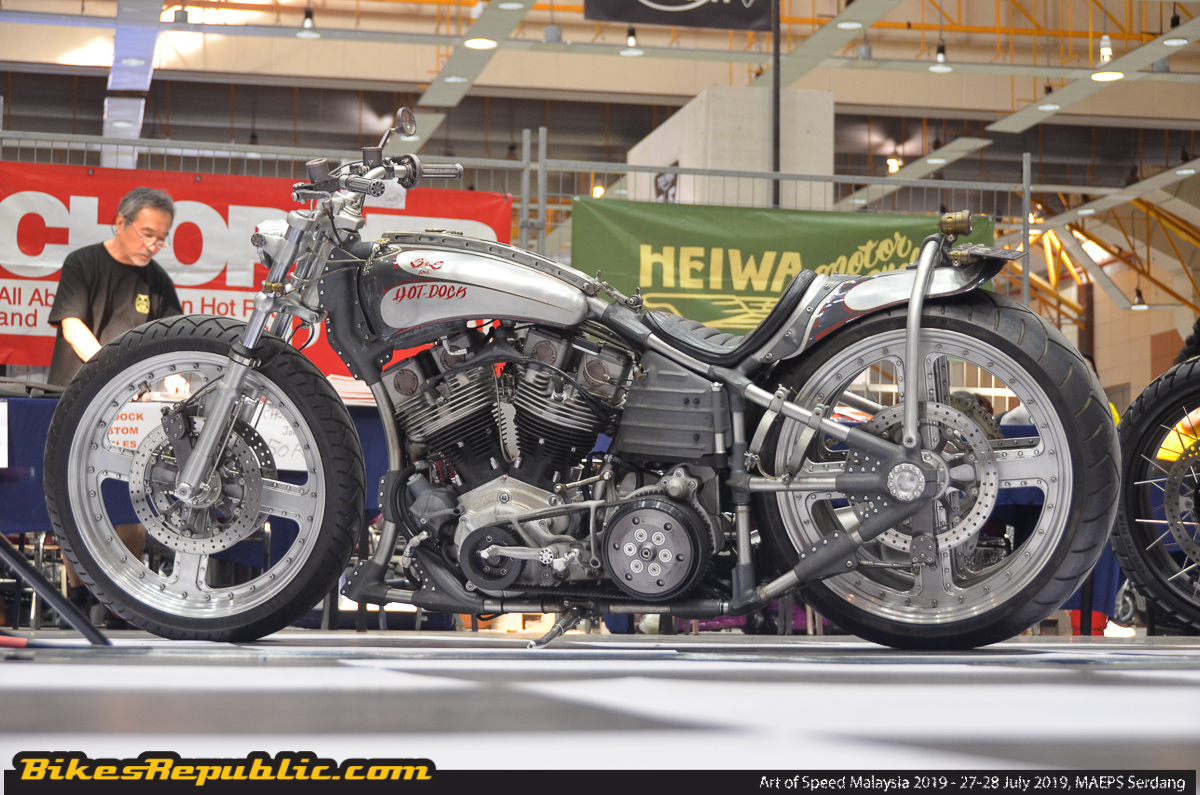 Our very own Keshy Dhillon hosted the popular segment of AOS, the Kustom & Koffee Talk with a few international panellists like Oliver Jones from The Cutrate, Shaik Ridhwan from The Mighty Motor USA and Kengo Kimura from Heiwa Motorcycles (Japan). 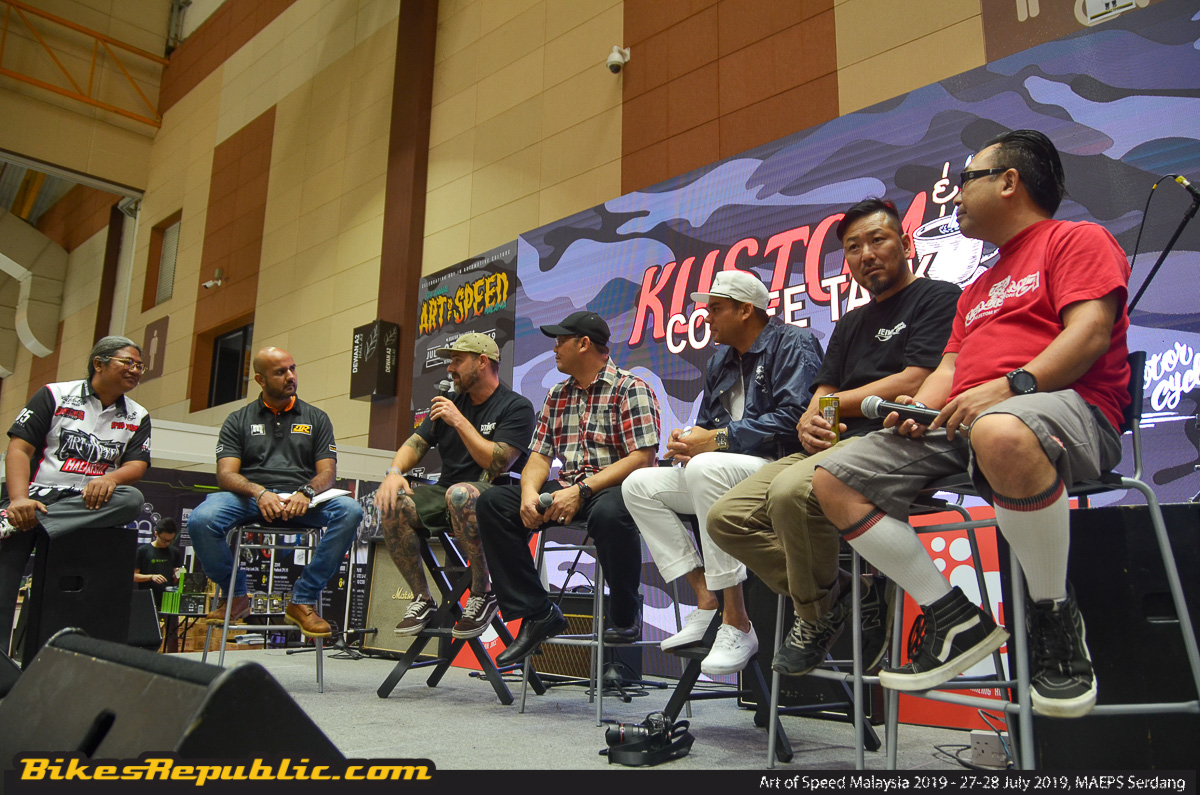 They talked about the scene, industry, inspirations, passions, and everything in between in the hopes of further elevating the Malaysian custom culture to greater heights. Even YB Tuan Mohd Khairuddin Othman, the Exco for Youth, Sports & Human Capital Development for the State of Selangor, joined in the festivities of this year’s Kustom & Koffee Talk. 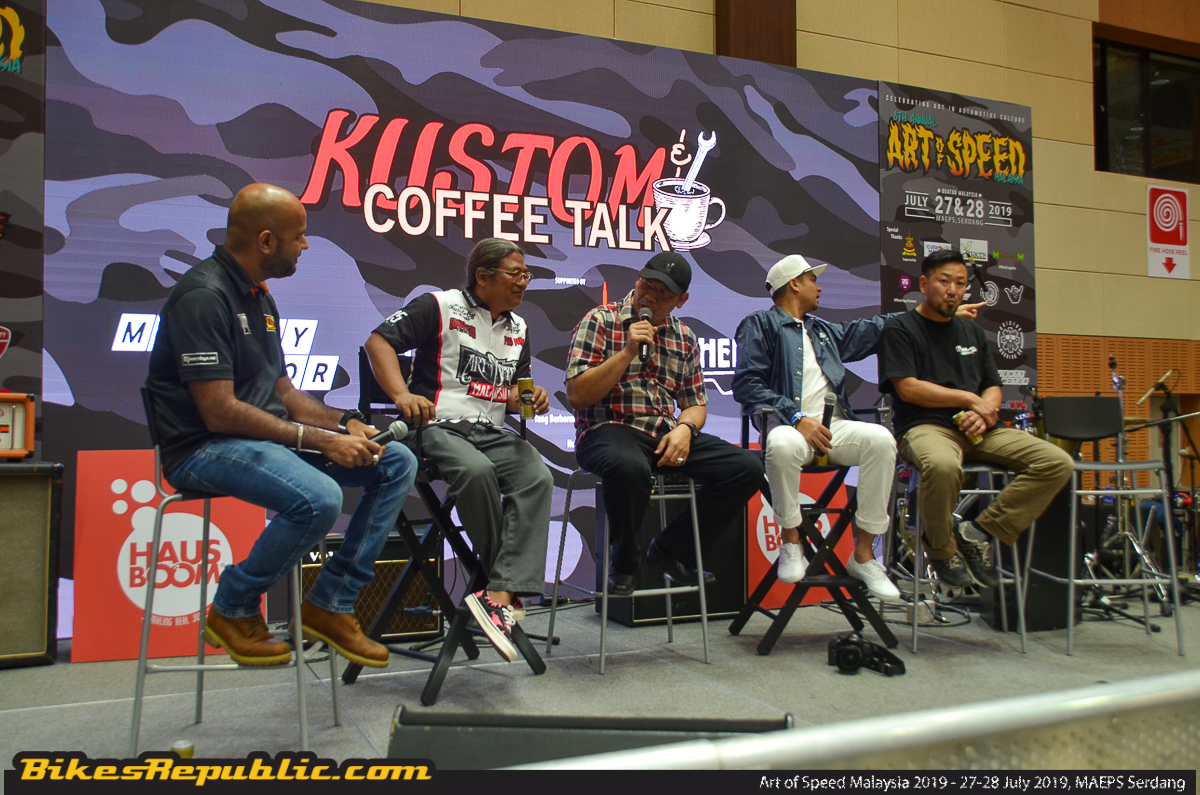 Attendees were also delighted to be in the presence with the likes of the folks from Return of The Café Racers, Fuel Tank, Speedhunters.com, Pipeburn, Chopper Journal Magazine, MOONEYES, and many more. Loads of merchandise were sold, photos taken, but most importantly, sharing the same passion and excitement with these great individuals. This is something that can only happen at AOS. 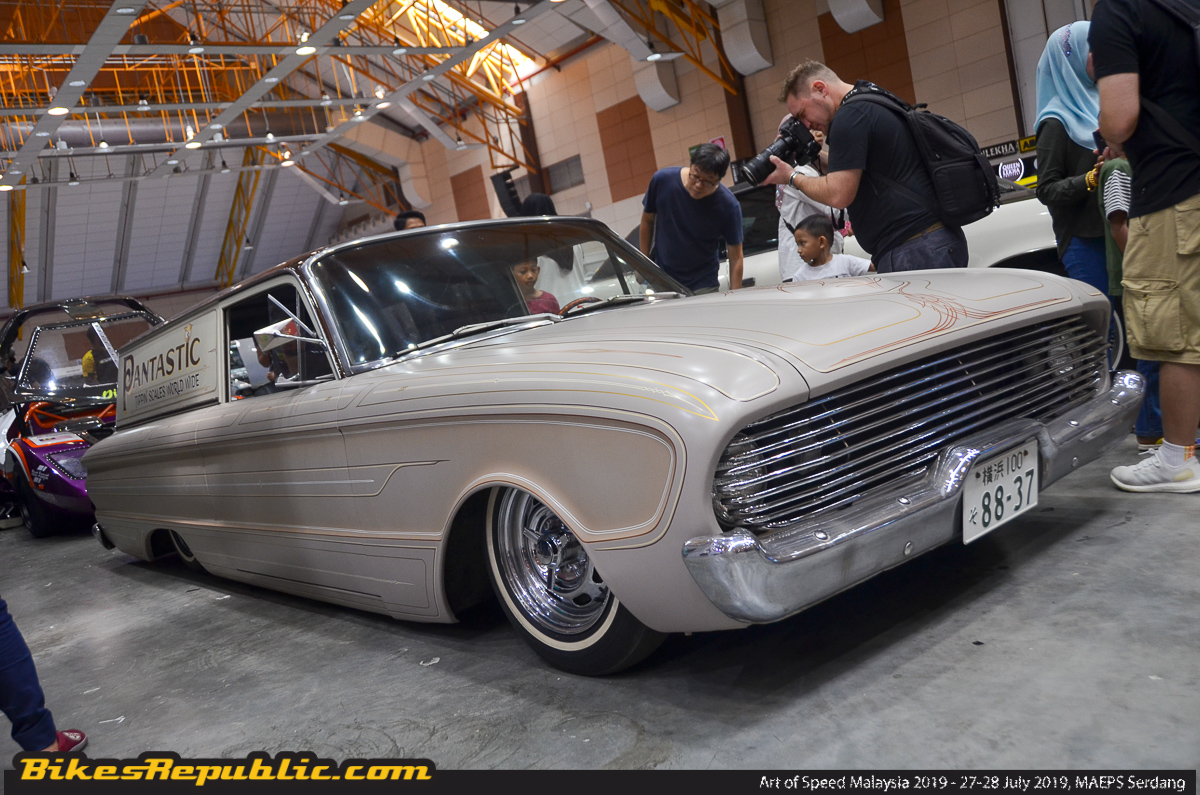 There were many activities outside of the main hall to cater to so many groups and individuals but come night-time, the Sound Circus stage lit up with some of Malaysia’s greatest bands. Fans were serenaded by the likes of Restraint, Masdo, Bittersweet, Hujan, and many more. 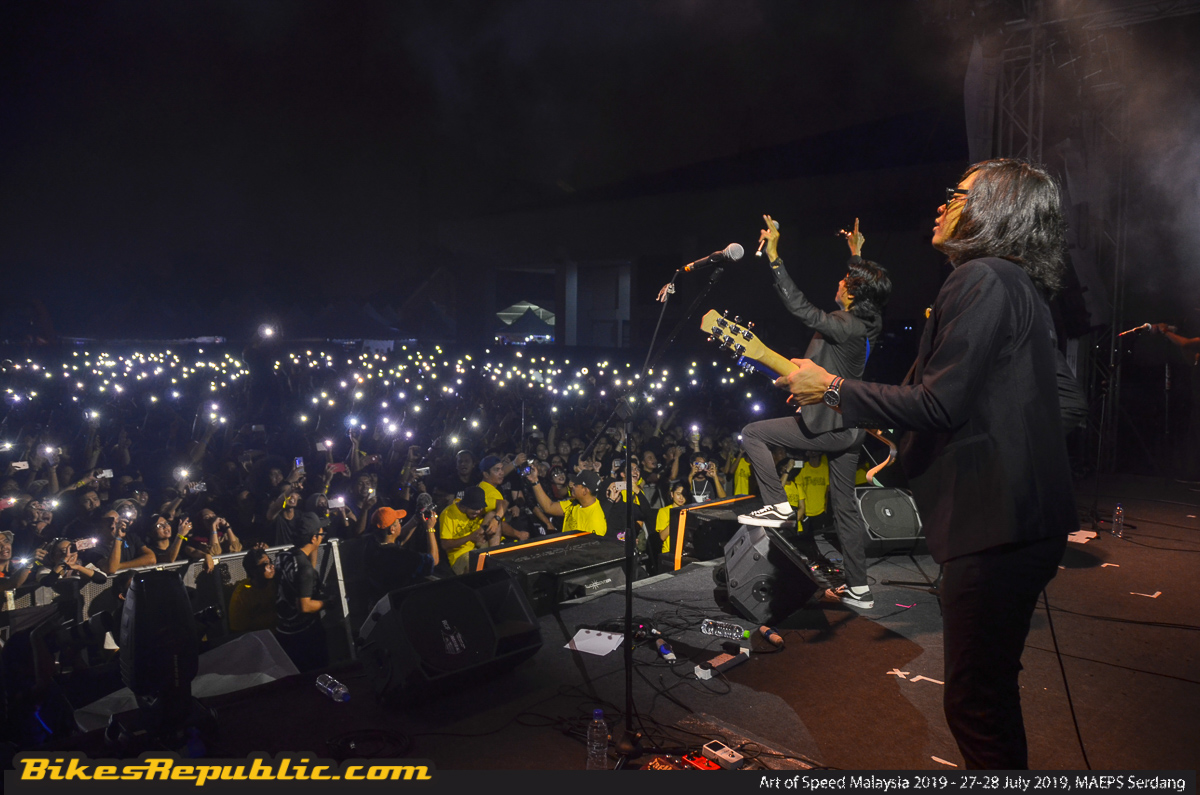 This was also another proof on how big AOS has gotten; the show that was done indoors in the past years had outgrown the massive main hall and the only way to cater to all the fans was to organize it out in the open. It was truly a show and more. 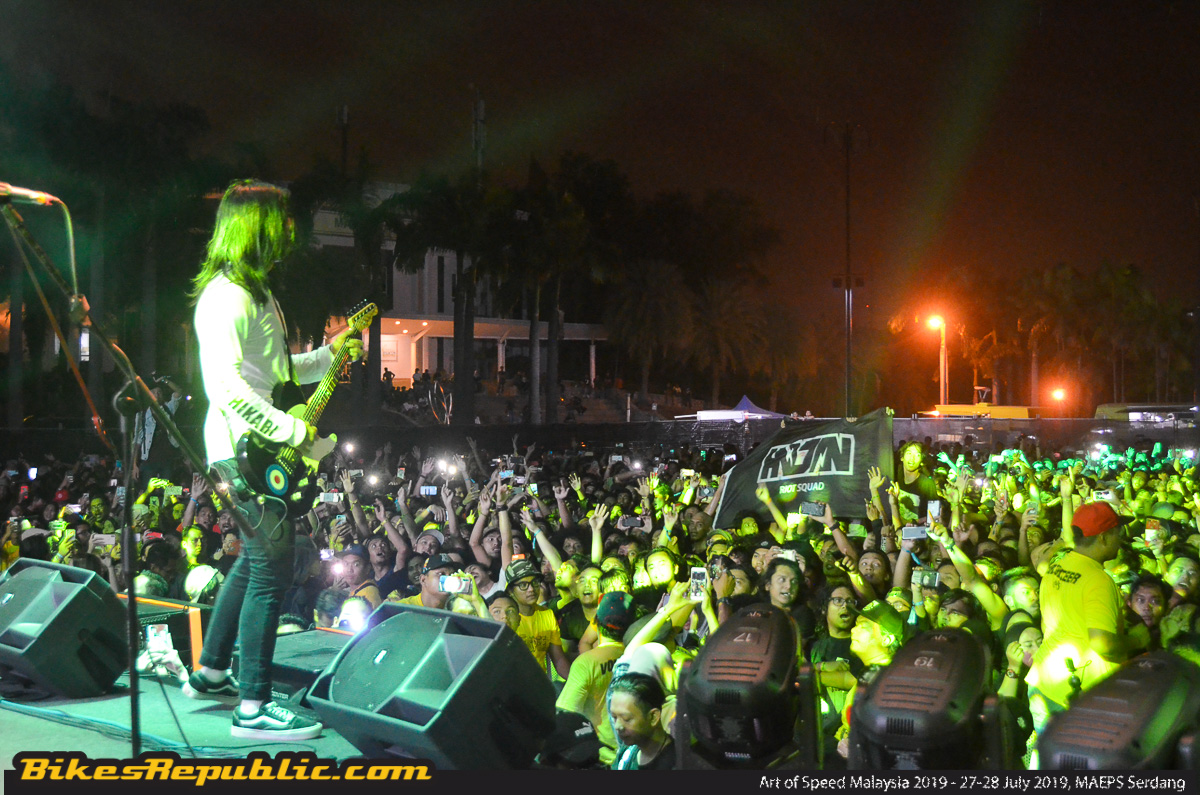 At the end of the day, the Art of Speed brings out the best and worst of everyone. The worst of times were spent on endless hours to complete their projects, collecting funds, working tirelessly, spending time away from families, sacrificing blood, sweat, and tears just to make it to the show. But after the storm, comes the rainbow and all the cars and bikes on show are proof of that. 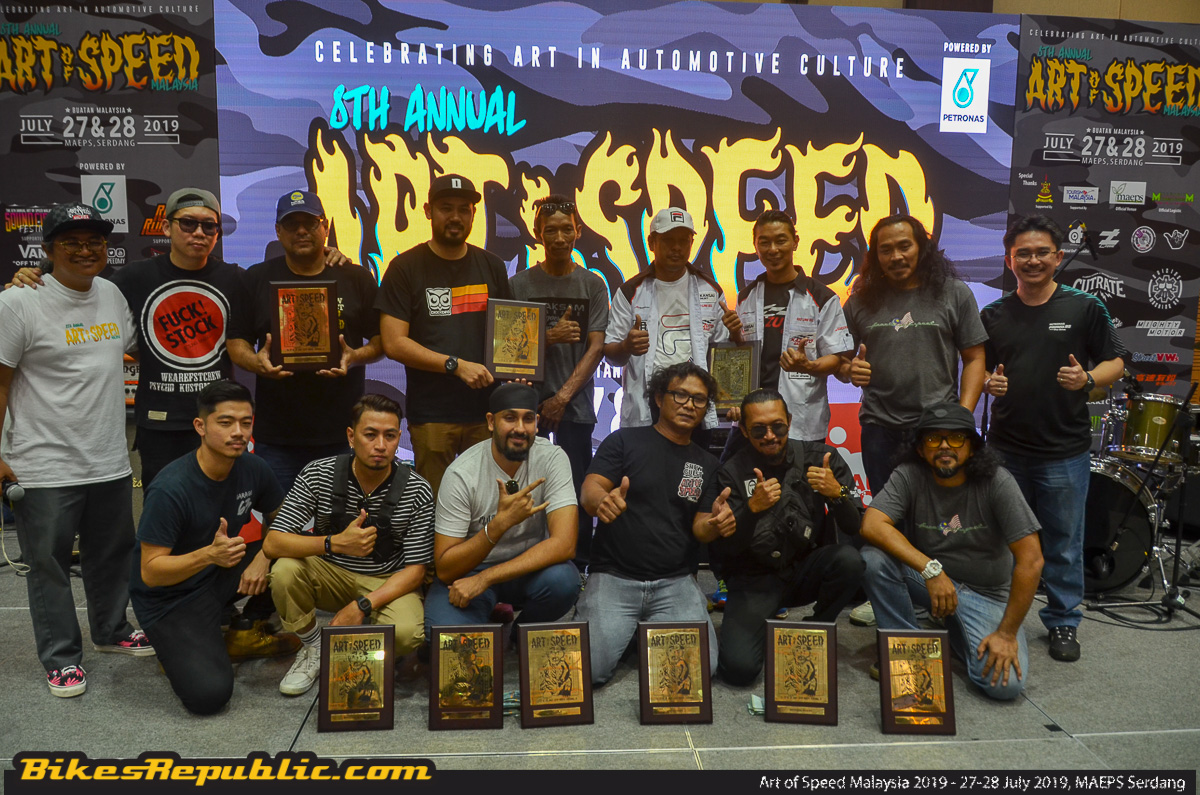 After only going through the worst, we reach our best. From kickstarting projects that have been dormant for years (The Classic Garage’s Morris 1964 custom hot rod with a 5.0-litre V8 Mercedes engine which won the Jury Awards of the AOS Invitational Car Build-Off) to massive giveaways that have never been done by anyone anywhere in the world (Mizuki & Lil’ Beach car lucky draws), Art of Speed has cemented itself as the pinnacle of custom culture here in Malaysia. 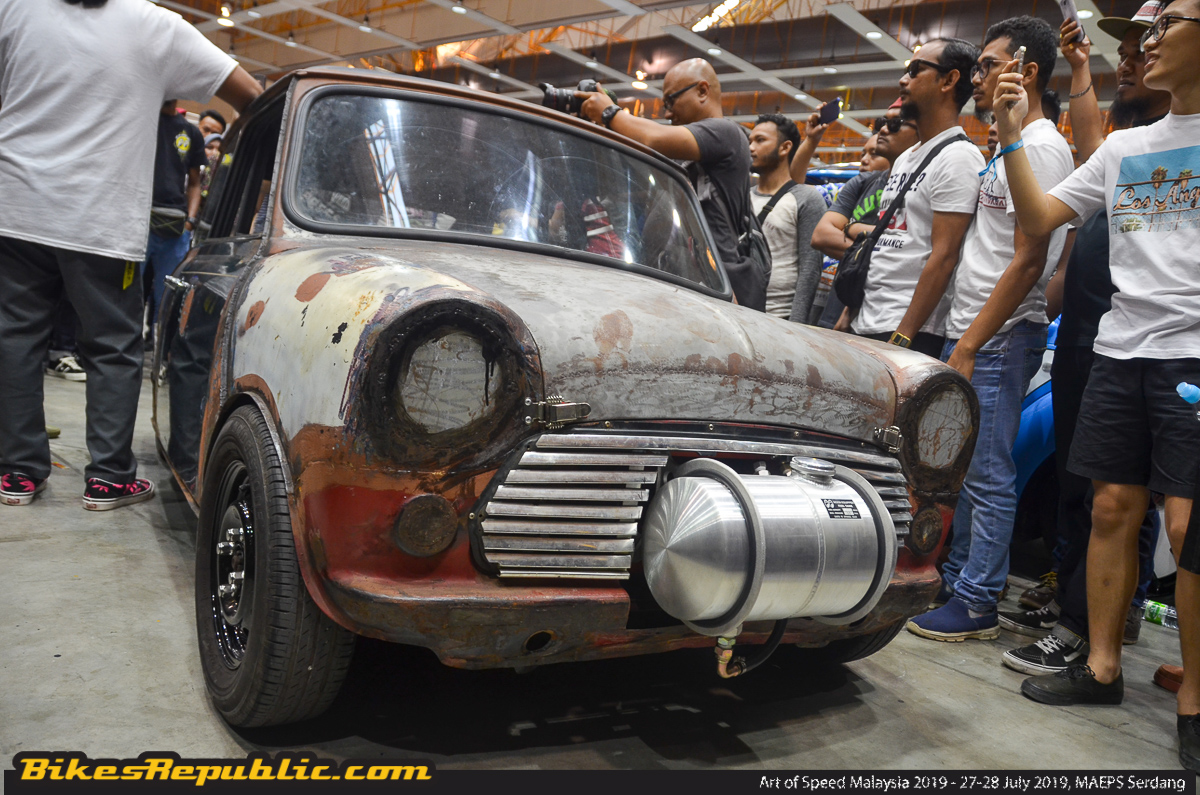 Judging by how things went this year, we can only assume that things are going to be bigger and more badass in the coming years. There will be more in the future and even before the dust has settled for this year, we are already excited about their plans for 2020 and beyond.