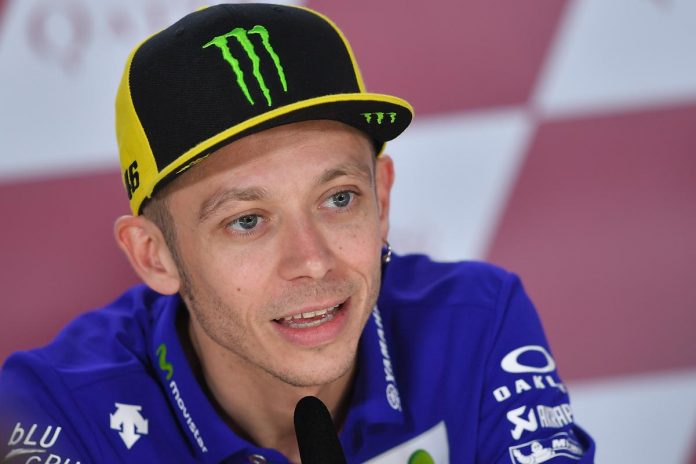 Nine time world champion Valentino Rossi has described the Chang International Circuit as boring. This is in response to reports that Thailand may be the third Asian country to host a MotoGP race at the circuit in Buriram.

In a report published by motorsport website crash.net, Rossi is said to be “not very happy to go” to Thailand in 2018.

The report said that Rossi was left “unmoved” after a recent trip to the Chang International Circuit. It is said that he was left unmoved by the location, and feels that the five hour drive from Bangkok would be “inconvenient for the traveling MotoGP community”.

Referring to the possible addition of a 19th race in 2018, Rossi was quoted as saying, “I think 18 is already a good number.”

Describing the problems with the track, Rossi said, “Especially the problem I think is, I was in Thailand for Yamaha two years ago and the track is not interesting. It’s very boring, has not a lot of corners, just long straights. I think it’s not the best place to go.”

“And also where the track is, is quite bad, it’s far from everything. So I’m not very happy to go to Thailand, essentially, on that track. But if we have to go, we’ll go.”

Marc Marquez too echoed the opinion of his rival, and agreed that the number of races per year was “already a lot”. However, Marquez too is open to the idea of sampling a new setting and layout.

“Like Valentino says, 18 race is already a lot,” said Marquez. “Maximum, I don’t know the plan in the future, but maximum 20 races will already be the limit for the riders. But, OK, Thailand is a new track, I like new tracks. Always when we go to new tracks I feel good. So why not? I like it.”

However, current championship leader Maverick Vinales expressed concern that the expansion to more races would make it more difficult for riders to keep fit throughout the season.

In the report, Vinales was quoted as saying, “It’s always difficult. When it’s more races it’s even more difficult because you have to continue on your 100% all of the year. It’s really difficult. When you have a great physical condition, six, seven more, you start to go down.

“But every person will go down, you cannot stay at the top level all the year. It’s going to make it more difficult, but also it’s going to be good for the show, more interesting. Let’s see. I don’t know. I like to go to new places, new tracks that we can enjoy it.