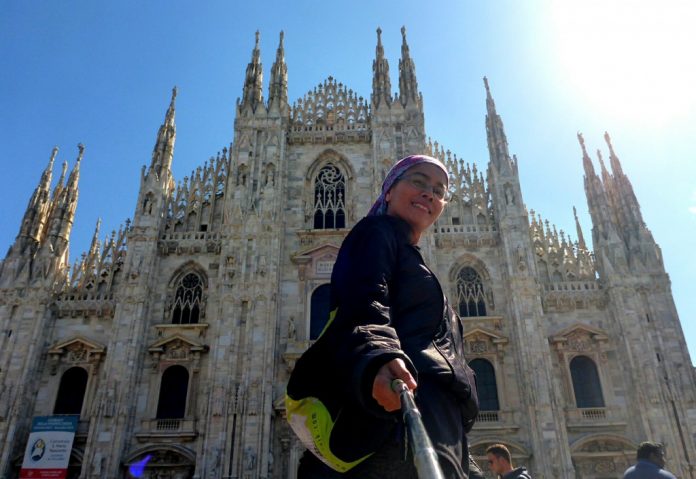 Recently recognised by the Asia Book of Records as the first woman to ride around the world by herself, Anita Yusof has many interesting stories to share. Having met her in person, she does not seem the rough and tough type that could accomplish riding solo around the world. She is humble, gentle and polite, but calm waters run deep here as she is an extremely adventurous person. Having travelled the world by herself before, the backpacker and biker is also a lecturer at the Physical Education Department at a college in Perak. 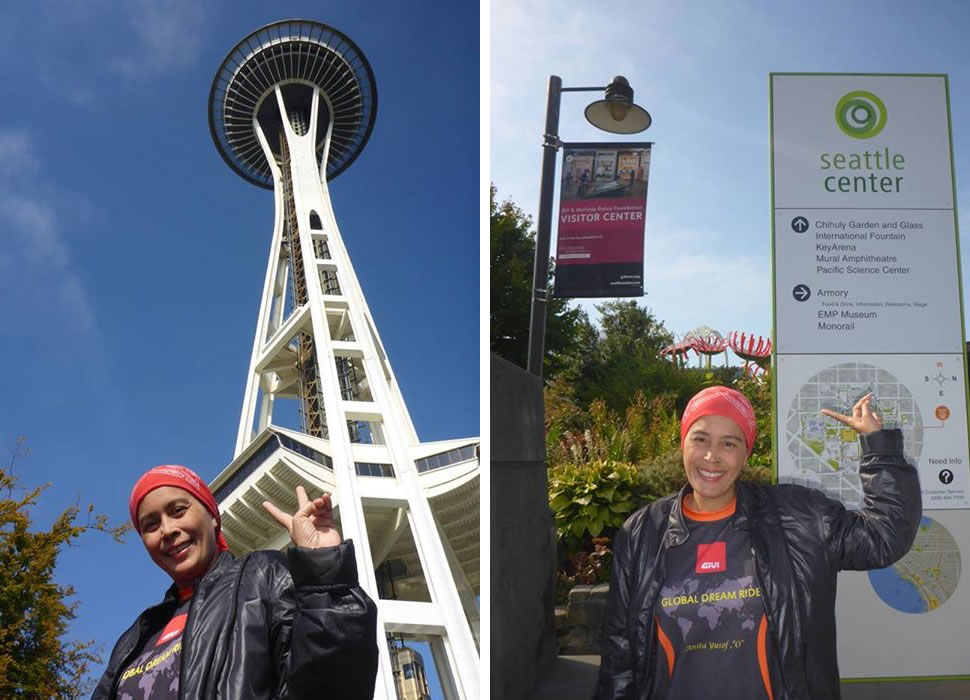 We recently caught up with her when GIVI Malaysia recognised her efforts by presenting her with the awards certification that confirm her as the first woman to ride around the world. Read her responses to all our questions below:
What makes someone leave everything behind and embark on a solo ride around the world?

It has always been my dream to travel around the world. When I discovered the freedom of travelling on two wheels, I told myself that it’s now or never. I must do it while I’m still healthy and energetic. 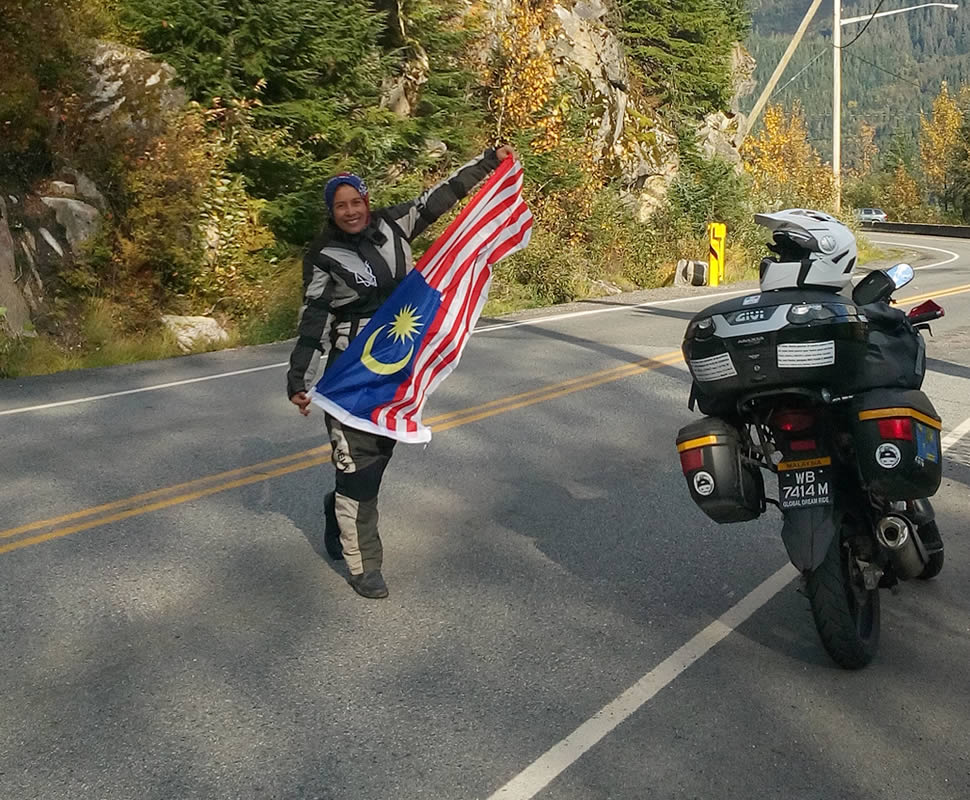 How did you prepare for the ride?

By doing lots of research, reading overlanders and adventure riders’ blogs, asking questions in travel and overlander forums etc. From there, I plotted my tentative around-the-world route and started to do my preps on cargo to air freight my bike, visas, writing to MFA and embassies, getting sponsorships, purchased camping gears, did some add-ons on the bike, building networking and the list goes on. I did all of the preparations on my own except for the technical part for the bike. 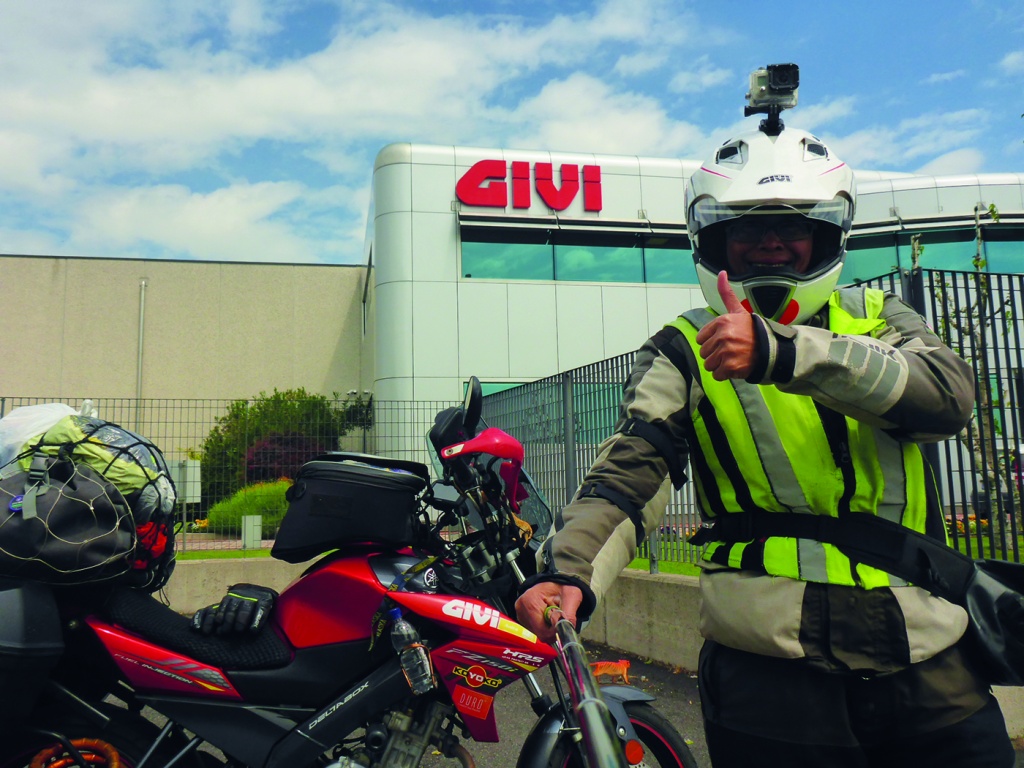 What was the best advice anyone gave you about riding solo?

I can’t answer this question because I was never advised to ride solo. Normally, people will encourage me to go with at least one companion.

However, I can share the best advice about my route which was given by my idol, Tiffany Coates. During my earlier stage of plotting my route, I planned to skip Central America (after I’m done with Alaska, Canada & USA) and fly my bike from Miami to Bogota, Colombia. The reason was due to safety as Central American countries (Mexico, Guatemala and especially Honduras – the most dangerous country in the world) were famous for its mafia activities and drug cartels.

I posted my anxiety to a women riders group in Facebook. Many responded, some pros and cons, but Tiffany’s words were the ones that changed my mind. She said she had ridden solo or with a female partner doing around-the-world rides for few times but the best to her was her experience in Central America. She said that by all means, I must not skip Central America countries as the culture, colours and friendliness of the people couldn’t be found anywhere else in the world.  Because of her advice, I abandoned the plan to skip Central America but continue riding all the way to Panama, and yes, I never regretted it. 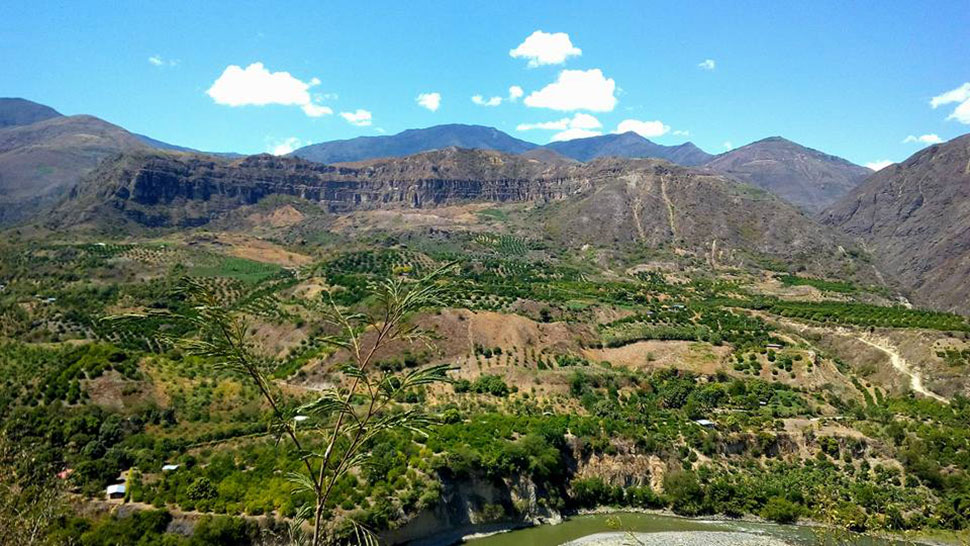 What was the best part of the ride?

Riding in South America. Every time I entered a new country, I will be wowed with beautiful and unique landscapes. The views in each and every country in South America are very different. You will never get bored with the sceneries. Even the view of the vast Atacama Desert which spanned from Peru to Chile amazed me.

What was the worst part about the ride?

Same as above, South America, especially in Chile and Argentina. The off-road, difficulty to get fuel, expensive prices of everything, and the worst – the wind. 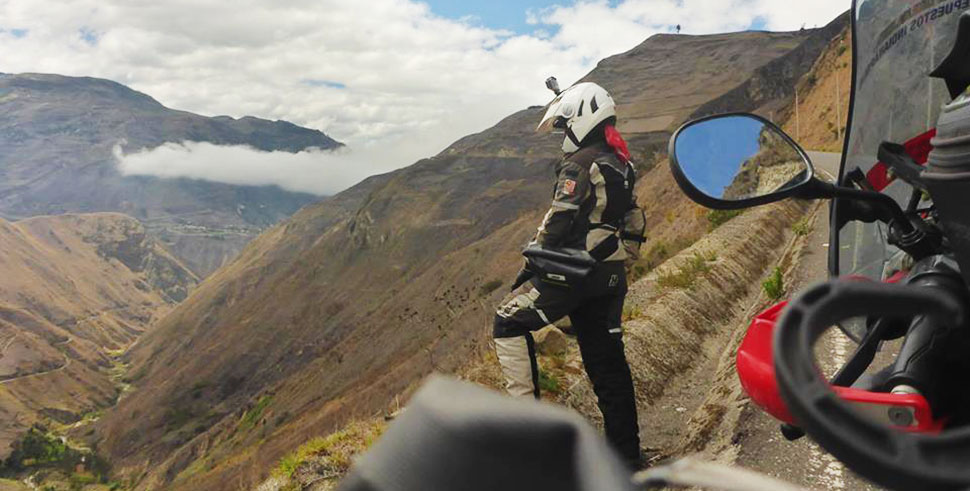 Is there anything you regret doing? 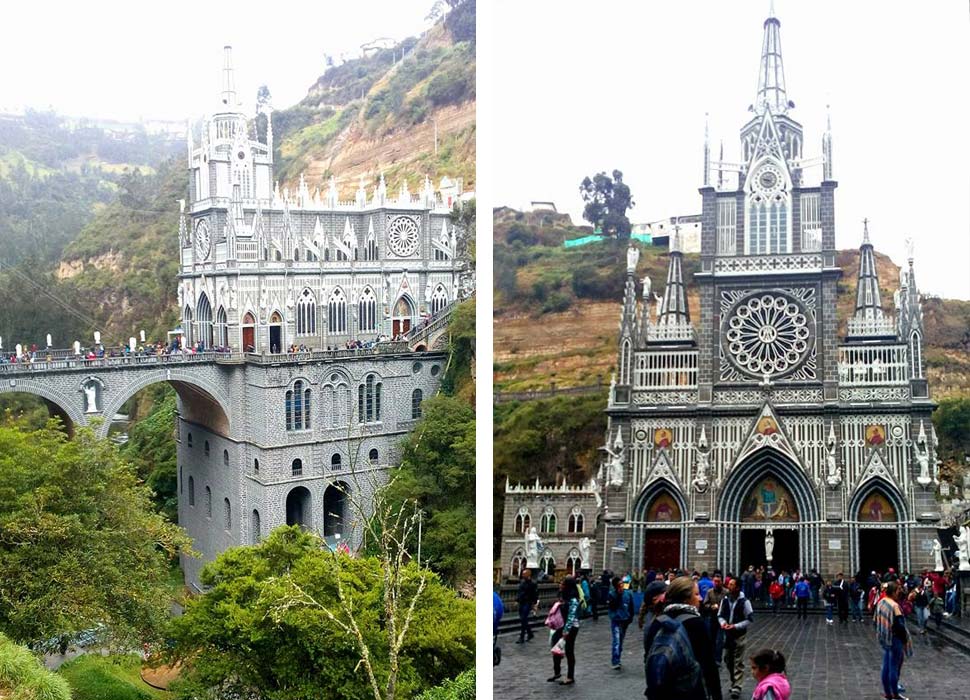 Is there anything you regret not doing?

I regretted that my funds and my time were limited so I couldn’t really explore the countries fully. I also had to choose which paid attractions that I could afford. Many times, I couldn’t climb a trek, visit the National Parks, museums, see the penguins, take a night 4WD tour to see the remote Salar de Uyuni in Bolivia, or other tours because I couldn’t afford to pay the fees which were too expensive for my wallet.

I also regretted not using off-road tires on my bike because of two reasons:

Because of these reasons, I couldn’t ride on some famous off-road tracks such as the Yungas Death Road in Bolivia, and the route from Uyuni to San Pedro de Atacama via the beautiful Lago Colorada. These routes were dangerous and difficult to ride even with off-road tires, let alone normal road tires. 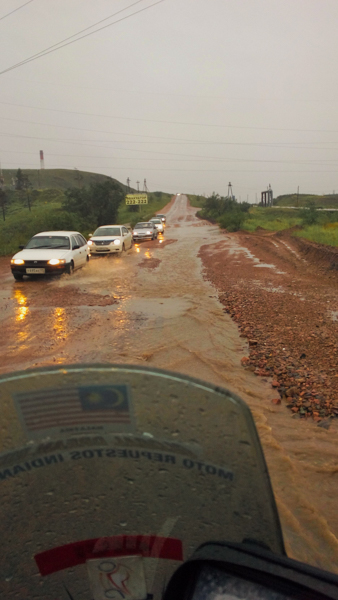 Care to share some of the scariest moments of your ride?

The wind was my biggest enemy. I experienced crazy winds while crossing the Atacama Desert in Chile while riding 3,400km on Ruta 40 Patagonia, Argentina. The worst was while riding on the French Riviera when the ‘Mistral’ wind was blowing. My bike was swept to the opposite lane helplessly. In Chile, I was struggling to get back to my lane as a huge truck was approaching from the opposite direction. It was just mere seconds that I managed to get back on my lane. 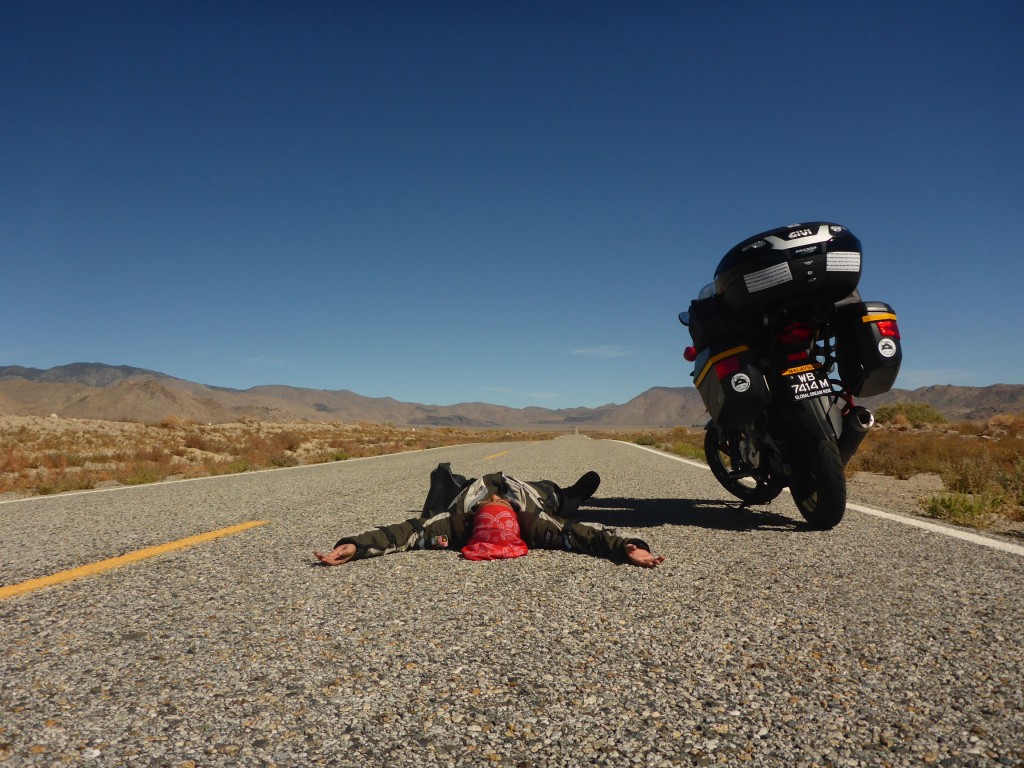 At the French Riviera which was busy with traffic on both sides of the road, the Mistral wind caused my bike to skid onto the shoulder of the opposite direction. I thank god at the time as it was paved or else I will definitely have dropped the bike. It was very scary. The reckless driving attitude in Peru and Iran also endangered me many times.

When I climbed a mountain pass in Andorra, snow started to fall and the road became so slippery. I could only pray that God will protect me and keep me safe. Those were scary times. 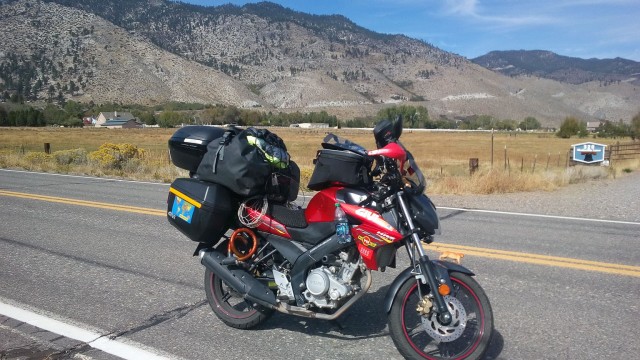 What bike did you chose to ride and why?

Yamaha FZ150. This is the model of my first bike. The one I’m riding for my ‘Global Dream Ride’ is the latest version of this model. I chose this bike because it was a fuel efficient motorbike. It has 12-litre tank that can last for 400km. It’s also lighter than bigger capacity motorbikes, so it’s easier a bit to handle off-road especially for a woman with only three years of riding experience and very little off-road skill. Besides that, should anything go wrong, I can send the bike to any workshop for repairs. Unlike the high-end bikes which you must send it to its service centre. Spare parts for this bike are also easier to find and wouldn’t cost too much money. 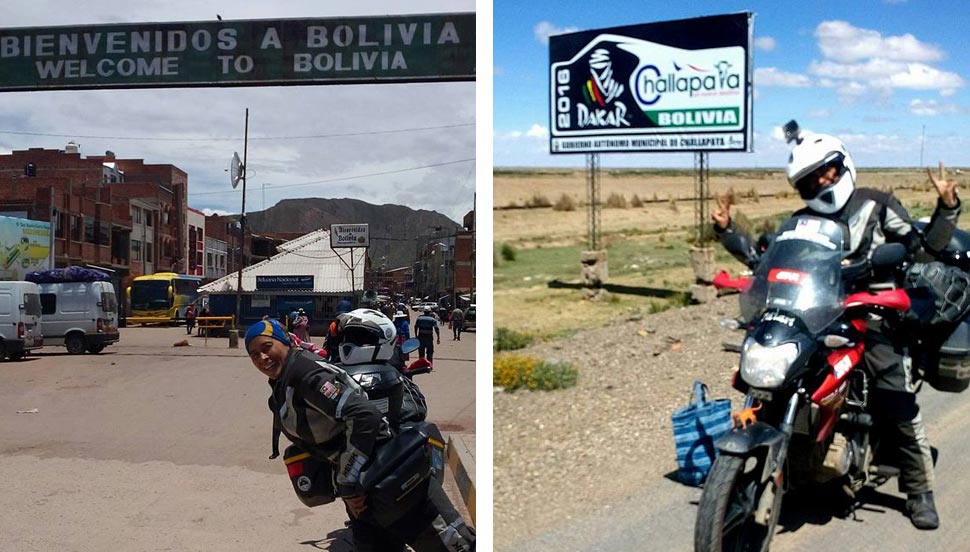 Where will you be riding to next?

I have too many destinations in mind. On top of the list are the Himalayas and Pakistan. However, due to my job commitment, the fasting month falls on my semester holidays, and the geography of these places which are best to ride during summer means that I have to put it on hold at the moment. My best bet will be countries on southern hemisphere during my long holiday at the end of the year. So it’s going to be either Australia or New Zealand. 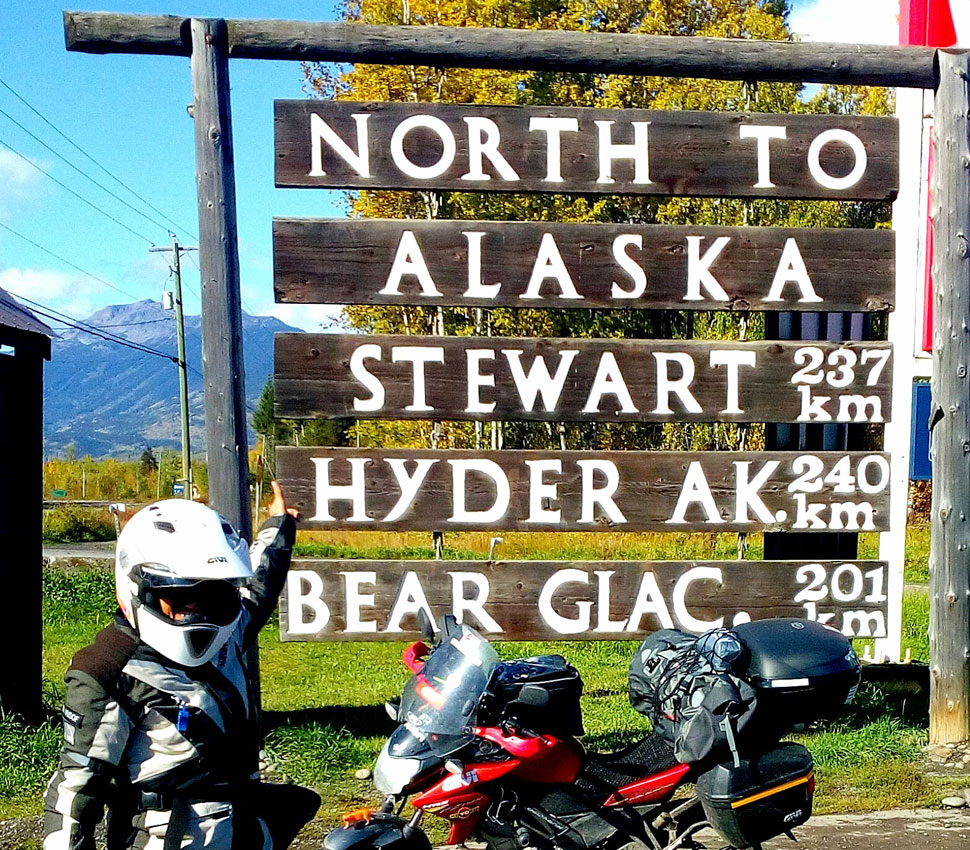 Any advice for those looking to embark on a global ride?

There you have it, folks. Our Most Interesting Biker, Anita Yusof.