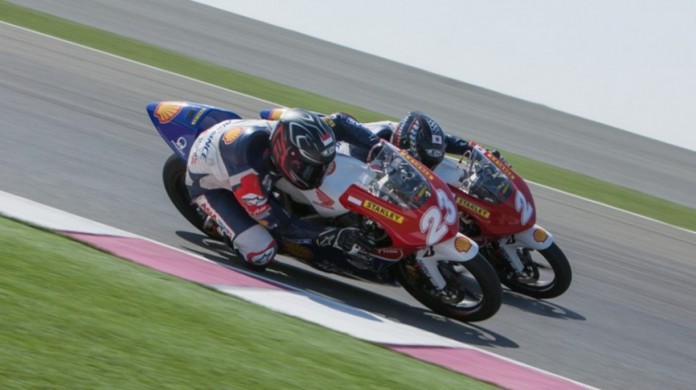 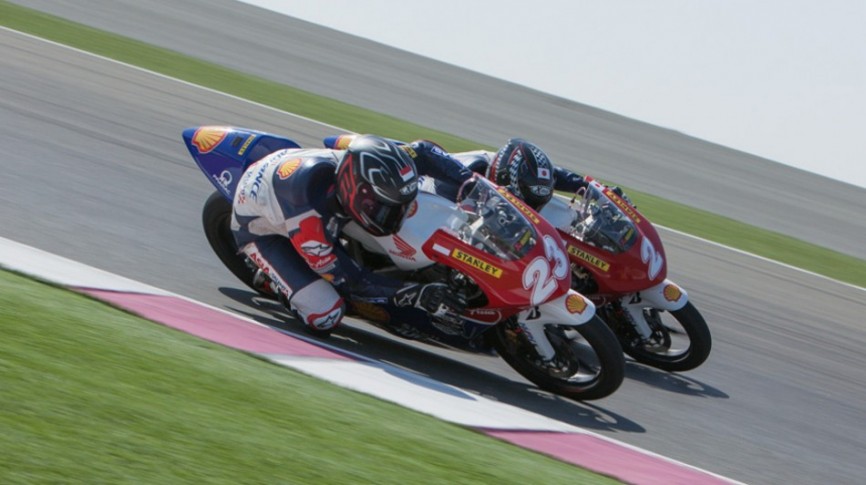 It was a day of celebration for Indonesian rider and his fan when rider Andi Izdihar took his first ever victory at the Shell Advance Asia Talent Cup.

Andi beat Japanese rider Sasaki and Thai rider Chantra to take 1st place, but it did not come easy for the 17 year old Indonesian. It was a tough dice between the top two with both swapping places continuously throughout the 14 lap race. Ultimately the top two were separated by just 0.029 seconds at the finish line.

Race 2 of the second round in Losail Circuit in Qatar however was essentially a carbon copy of the first one, which took place on Saturday. 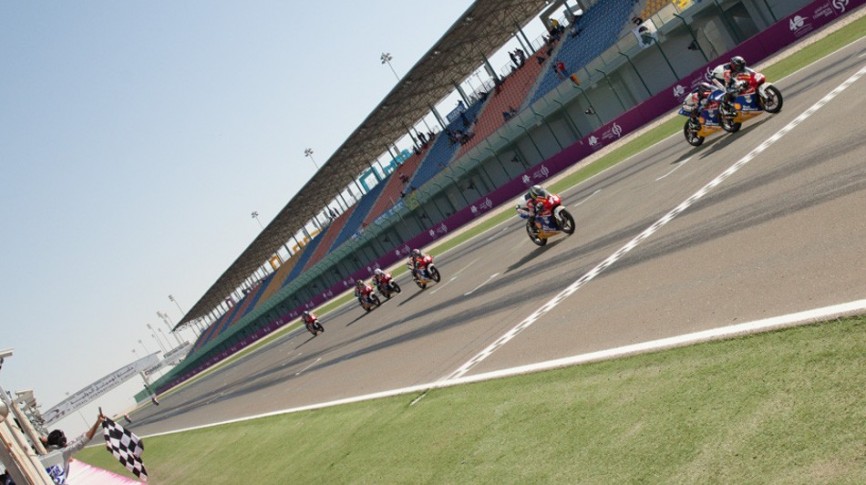 20 riders stars on track (2 riders Australian Taylor and Philippino rider Paz withdrew from the race), but a leading group of 11 riders quickly formed.

Saturday’s race winner Kunimine stayed at the middle of the pack, while the pace of the race was slightly faster than Saturday with winds staying calm at about 11km/h.

Interestingly, the 11 leading riders were separated by just 1.5 seconds, and this made for some fabulous and often hairy race moments as all the riders aimed for the racing line at the same time. This however led to Thai rider Atiratphuvapat and Kunimine touching slightly, with the latter unfortunately crashing out.

After the race, Race Direction reviewed the incident between Atiratphuvapat and Kunimine, and decided to give the Thai rider a one-minute penalty, which relegated him down to 18th, and promoted Chantra onto the podium in 3rd place. 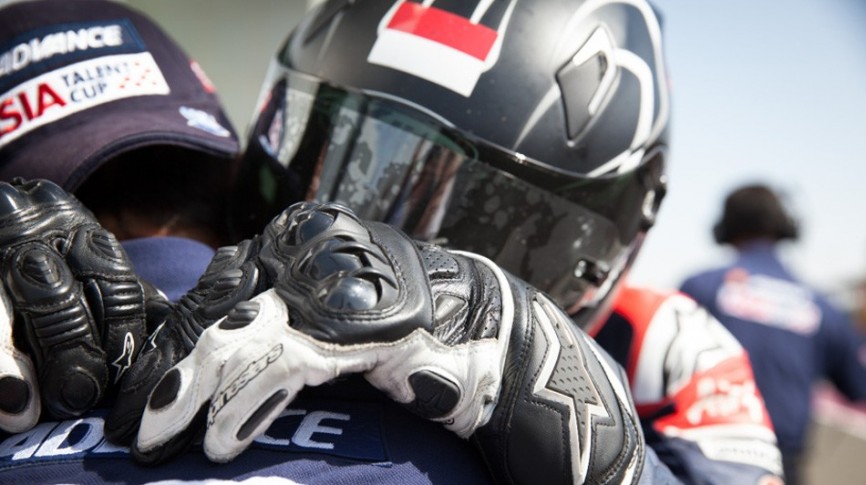 With the leading ten riders split by just a second as they started the final lap, the action became even more frenetic as riders tried to get themselves into the best position to allow them to take advantage of the slipstreams on offer on the long straight, in the race to the line. Atiratphuvapat was the first out of the last corner, but it was Izdihar, who managed to gain the biggest advantage from the leaders breaking the air in front of him, taking the race win by just 0.029s from Sasaki in 2nd.

The Malaysian riders too had a good race, with four of them making it into the top 10. Adam Norrodin made it up to second place, and only lost it on the last corner, on the last lap. He eventually finished in 6th place, while Helmi Azman took 5th. Fakhrusy Rostam took 9th and Shafiq Rasol took 10th. New comer Azroy Anuar finished in 13th.

Director of the Shell Advance Asia Talent Cup, Alberto Puig: “In this second race we have seen a good fight just like yesterday, especially on the last lap, where we saw the riders set the fastest lap. Here we have finished a run of four races in two weekends, and the conclusion is very positive, since both Sepang and Chang and have seen riders set a very good pace. We now have a break of three months; it’s time to train and for riders to continue their preparation at home. “

Ayumu Sasaki has ended up on the podium in each of the four races so far (three 2nd’s & one 3rd) and he leads the standings in the 2015 Shell Advance Asia Talent Cup with a total of 76 points, ahead of Chantra and Masaki by 15 & 24 points respectively.

The Shell Advance Asia Talent Cup returns in Sepang between 31 July – 2 August, and will form part of the WorldSBK round taking place that weekend. 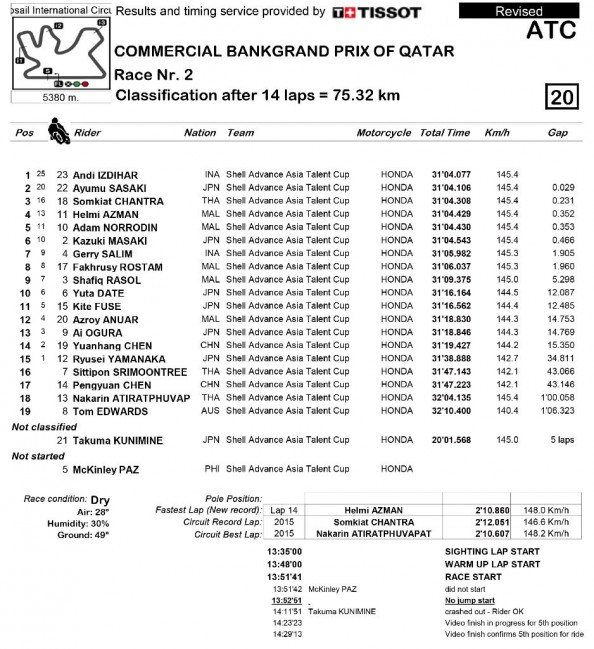