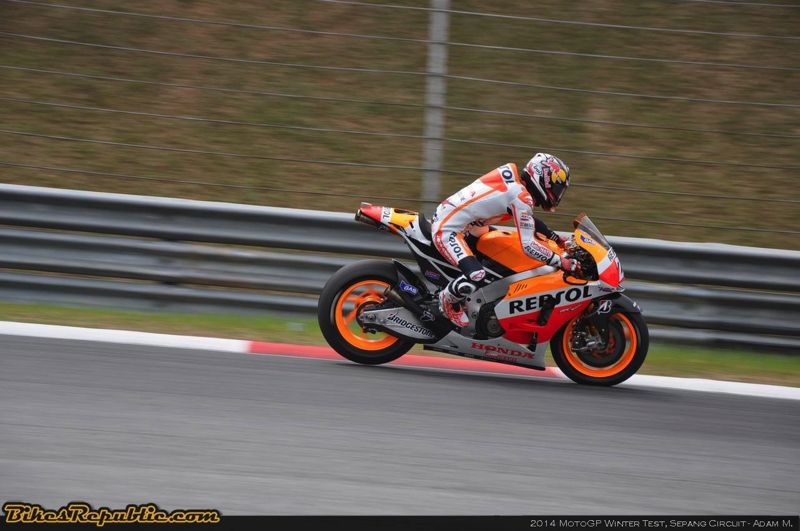 This week, the MotoGP fraternity were present at the Sepang International Circuit for their first pre-season winter testing. 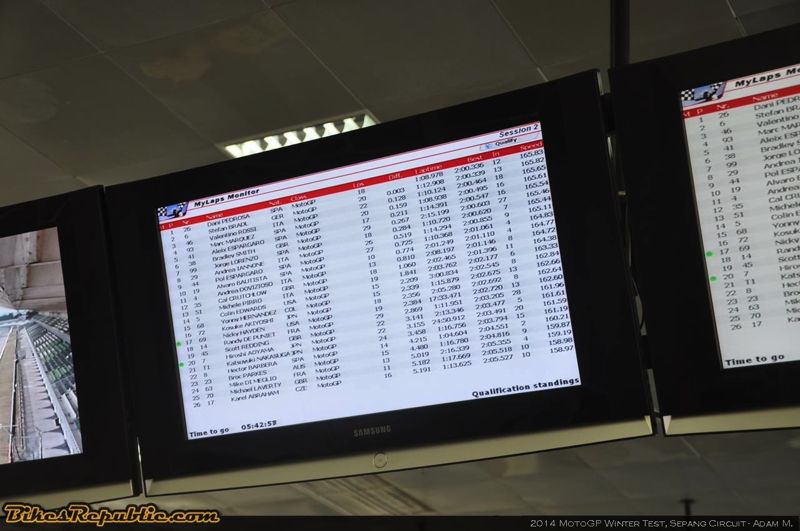 Suffice to say, all riders took their machines to the limits around the challenging circuit over the course of the three-day test, with four riders including world champion Marc Marquez breaking the 2-minute barrier. On Day 1, Marquez topped the time sheets with a laptime of 2:00.286 on his new Repsol Honda RC213V whilst Valentino ‘The Doctor’ Rossi grabbed second on his Yamaha Factory Racing YZR-M1 with a time 2:00.806. Marquez’ teammate, Dani Pedrosa on the other hand, claimed the day’s third fastest with a time of 2:00.906. 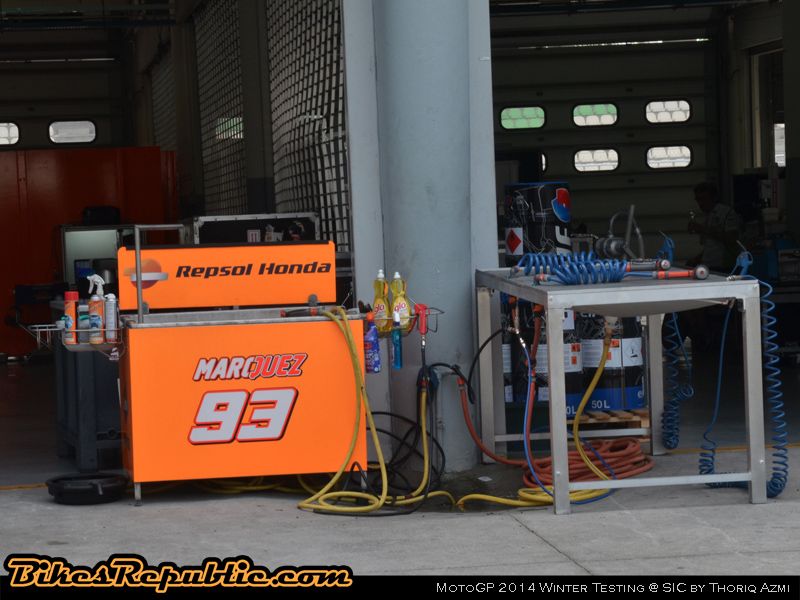 Marquez became the first to break the 2-minute barrier on Day 2, posting a laptime of 1:59.926 just before the day’s lunch break, improving on his previous day’s time and was just short of the previous record of 1:59.607 set by Casey Stoner in 2012. His teammate Pedrosa ended the day with the second fastest time of 2:00.336, with the third fastest time of the day claimed by LCR Honda’s Stefan Bradl with a time of 2:00.339 – just 0.003 seconds off Pedrosa’s fastest. 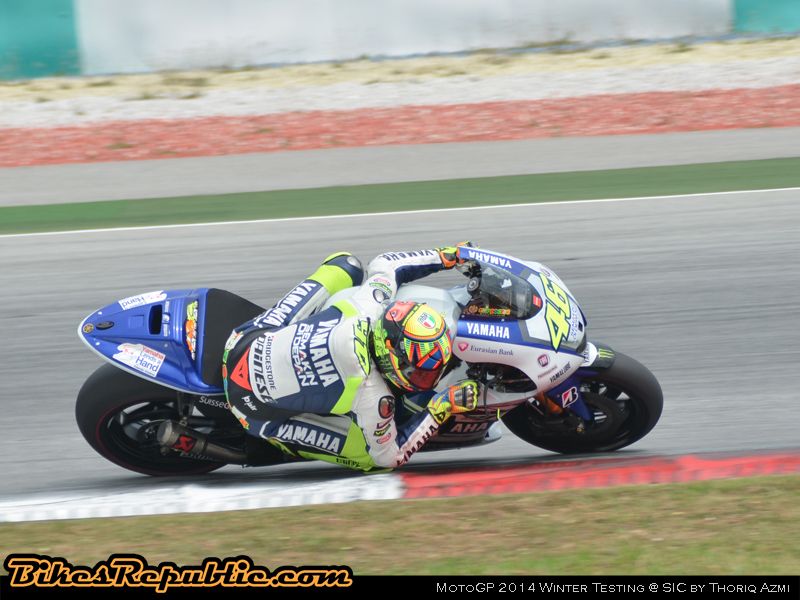 Not to be left behind, Rossi also broke the 2-minute barrier on Day 3, but alas, The Doctor’s timing of 1:59.727 only saw him claim the day’s second fastest. Topping the time sheets again was Marquez, but this time the Spaniard clocked in 1:59.533 as his fastest, beating Stoner’s record by 0.014 seconds in the process. Rossi’s teammate Jorge Lorenzo also broke the 2-minute barrier here, claiming the day’s third fastest with a laptime of 1:59.866 with his Yamaha. 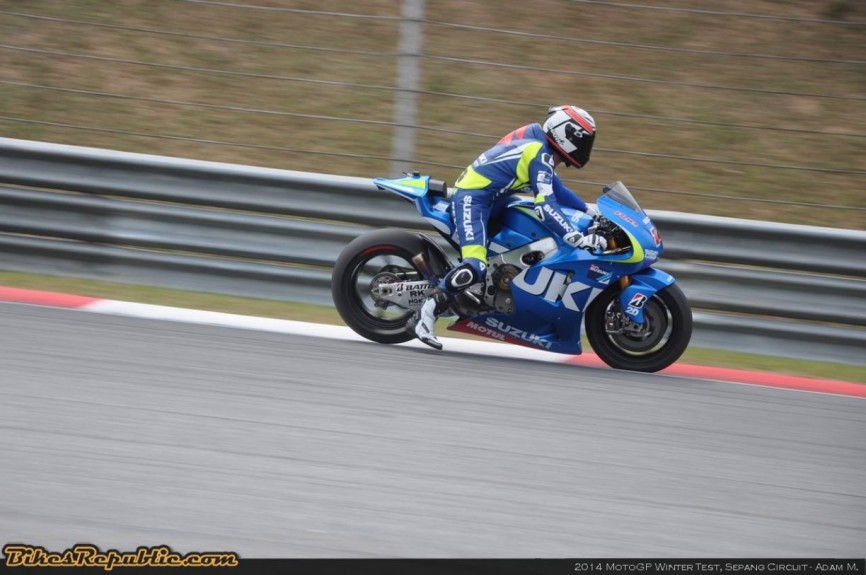 Making the biggest surprise on the third and final day was Spanish rider Aleix Espargaro, becoming the fourth person to break the 2-minute barrier in the three day test. Astride the NGM Mobile Forward Racing team’s Yamaha FTR-M1 machine, Aleix, who is classified in the session’s open category, clocked in an impressive time of 1:59.998. 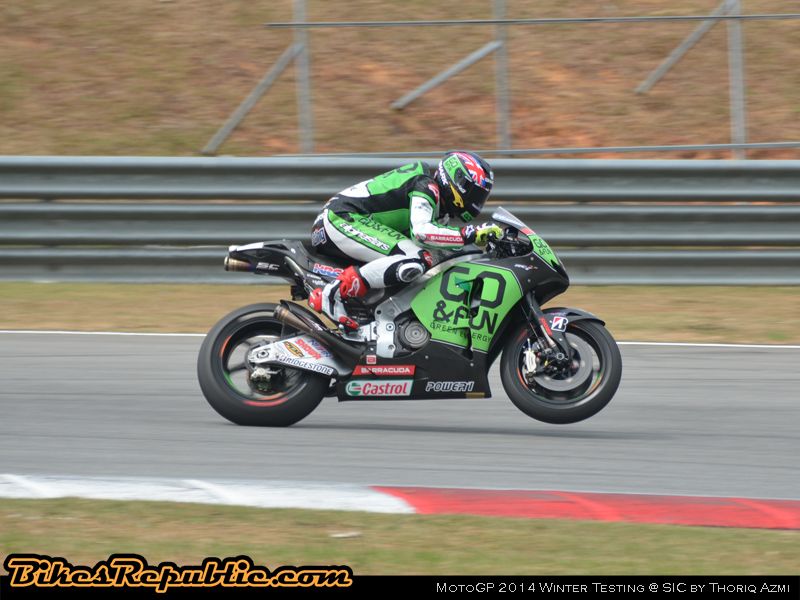 Of all the four riders that broke the 2-minute barrier, only Marquez was successful at beating Stoner’s record throughout the three-day test. While Rossi and the rest of the grid looks content with the pace of things, it seems Marc Marquez could potentially dominate this season. At the rate things went during this first test, perhaps the young Spaniard could clinch a second title in the 2014 season. 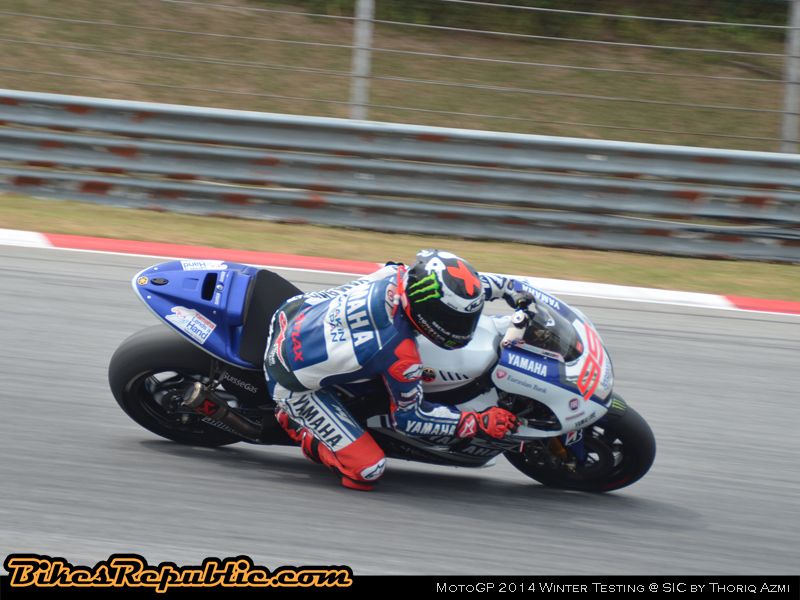 The MotoGP grid is scheduled to return for another round of pre-season testing again at Sepang later this month. Perhaps then, we could see quicker timing, and maybe we could see works teams fielding update packages for their respective machines. Full timing sheets of all three days can be viewed below.

Also, check out the photo gallery below comprised of snaps we took trackside during the session’s second day. 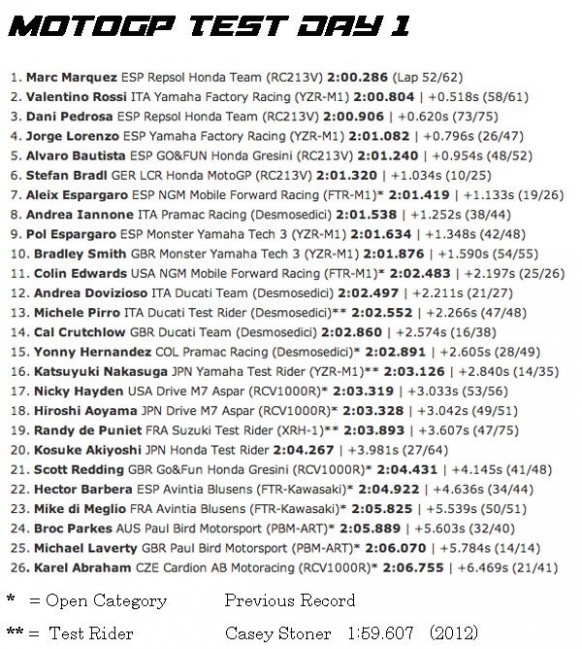 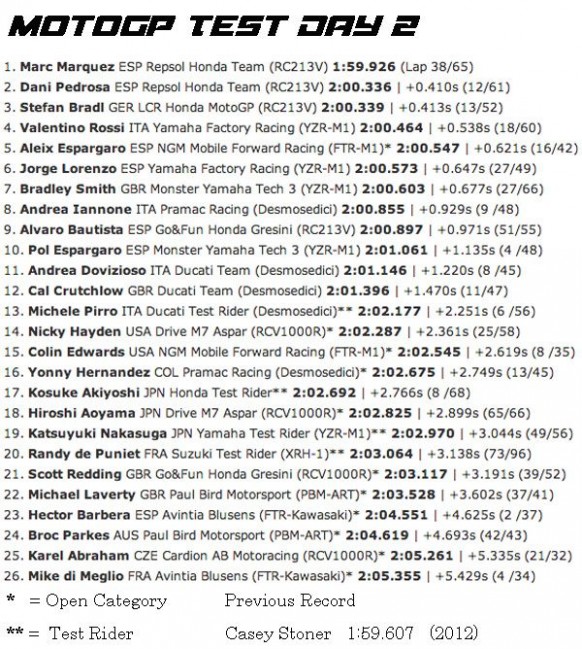 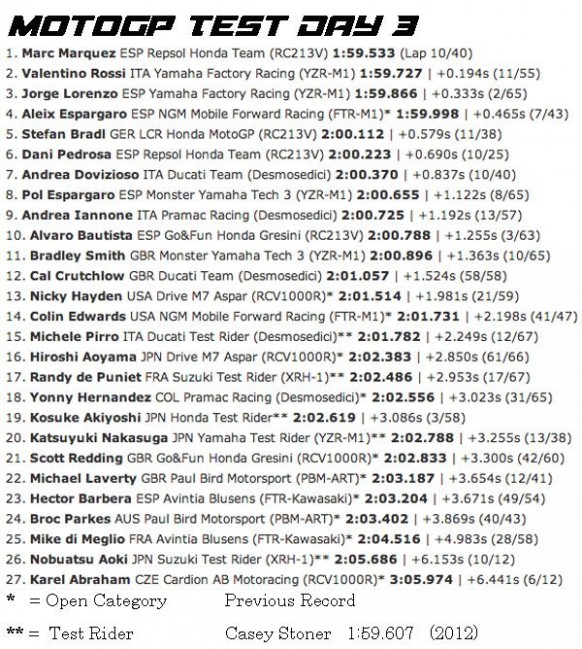 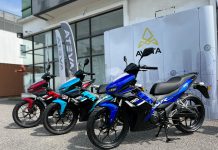