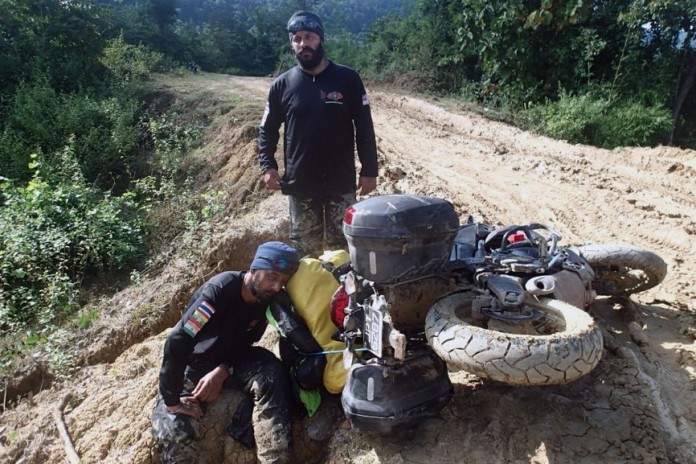 In this modern age of reliable machinery and a ‘connected’ world thanks to the internet, pure adventures are hard to come by. It is common to hear of a group of people getting together to ride to a distant land in the name of being adventurous, but how adventurous can that be when many others have already done the same thing? 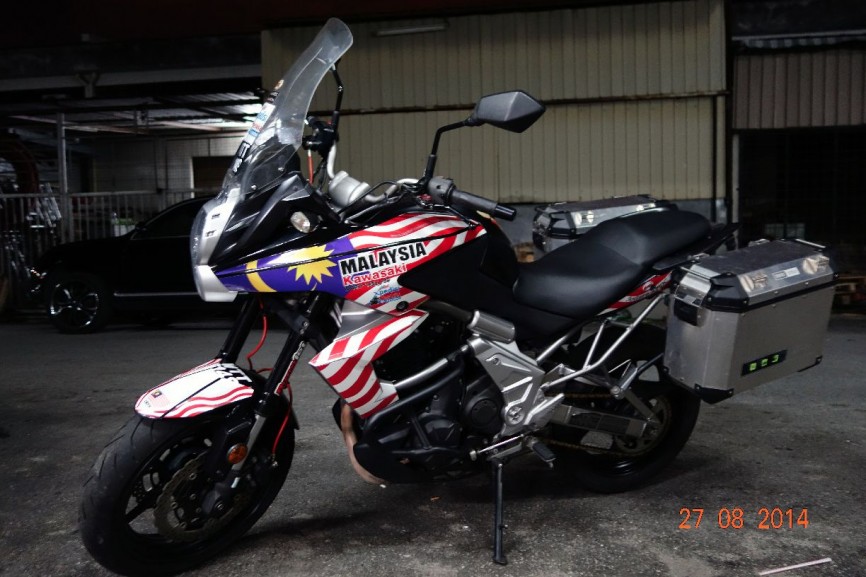 All of us adhere to comfortable and convenient traveling, and to a lot of us it is a wonder why some people would still choose to take the route less traveled in the name of adventure.

We have heard of many who drive or ride to far away lands in treacherous conditions; for the regular person, it might not make much sense, but for a group of Sikh riders, and one Chinese dude, it was much more than just riding to a far away land. 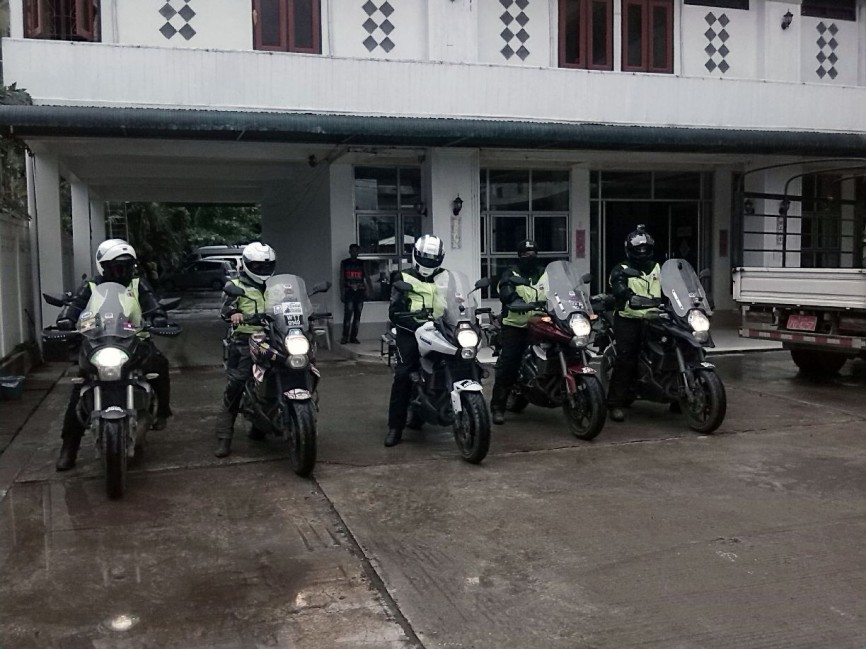 The group from Kuala Lumpur are called the Punjabi Bikerz, and they recently embarked on a holy, never been done before journey from Petaling Jaya to the holy city of Amritsar in India. All to visit the holiest of Sikh Shrines, the Sri Harmandir Sahib, or more commonly known as the Golden Temple. 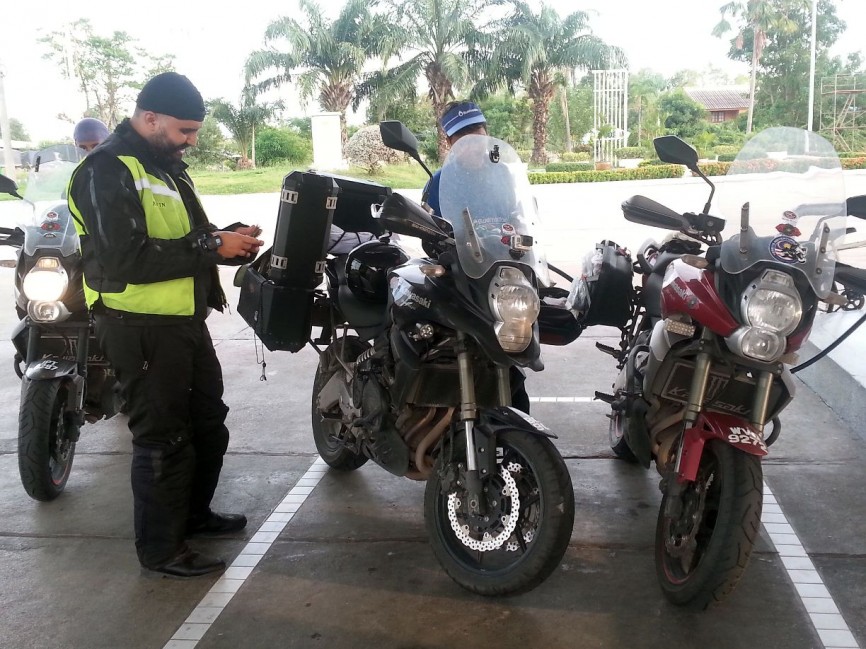 Headed by Gurwinder Singh and Ravin Singh, the group of six bikers departed from the Sikh temple in Petaling Jaya on the 3rd of November of last year. Every one of them rode adventure-proven Kawasaki Versys 650s, and during the interview for this article, Gurwinder was proud to point out that none of them faced any problems with their bikes. Except for broken horns from all the trashing around in the mud and rocks. 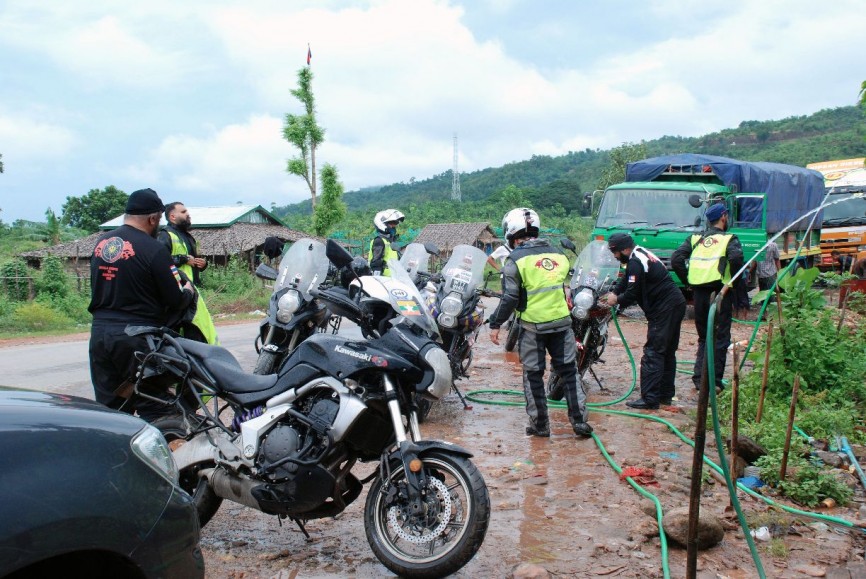 More interestingly, the plan for the ride was first hatched eight years ago! It began as an idea, a point of conversation but never anything serious until about four years ago when inquiries poured in. The opening of the Myanmar border actually made the ride more ‘do-able’ than having to travel up to China and back down again. Things however really began to get serious about two years ago. 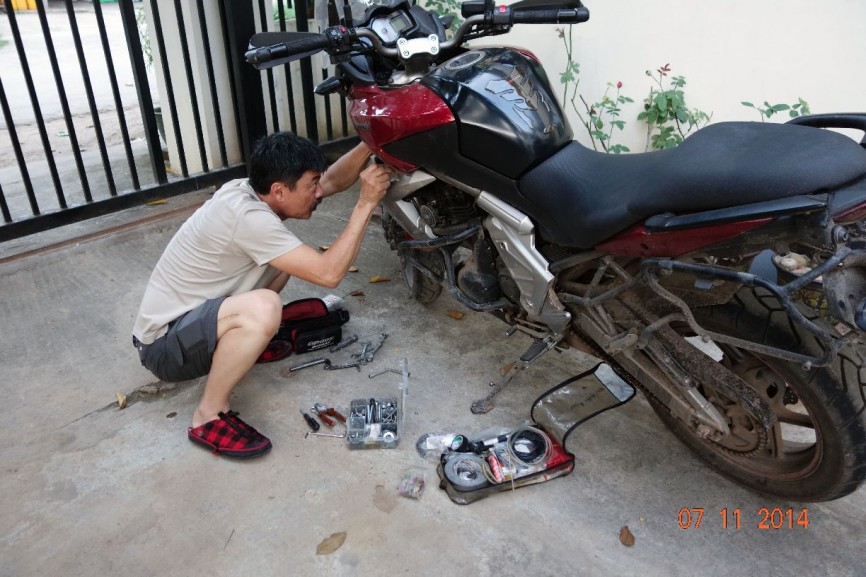 “Because of the language barrier and the fact that this was very important to us, we actually flew to Myanmar to meet the officials from immigration and the tourism department. They helped us with our routes, hotels and ensured our safety. But we made it a point to not get any governmental assistance or anything of that sort from anyone, this is our journey, our pilgrimage to Sri Harmandir Sahib and we wanted to keep it that way,” explained Gurwinder and Ravin during the afternoon interview over virgin mojitos in Bangsar. A beer for this writer, obviously. 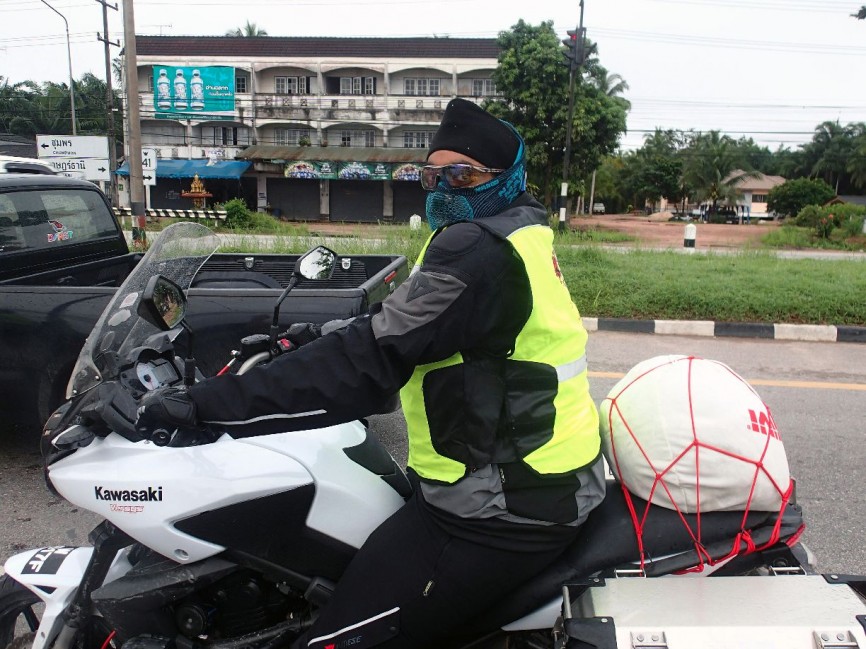 The two are passionate riders, it was clear to see from the start when the duo met for the interview. The hug and the “secret-handshake-only-a-bro-knows” was a clear indication of the brotherhood the duo shared from the ride, and a nod to their magnificent achievement. I secretly felt proud for them too. 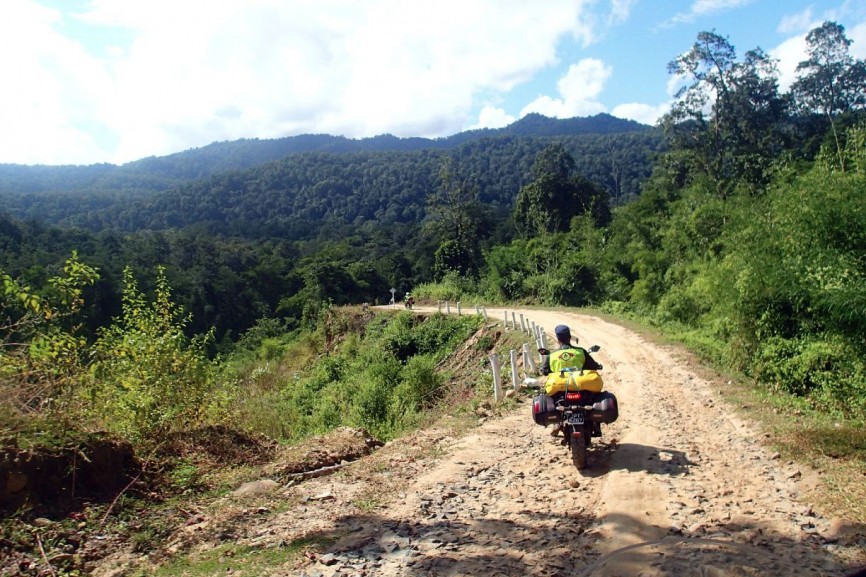 The journey started from Malaysia, went through Thailand, Myanmar then on to India through the East. The total distance was a little over 6,300 kilometres through some of the harshest conditions this side of the world. 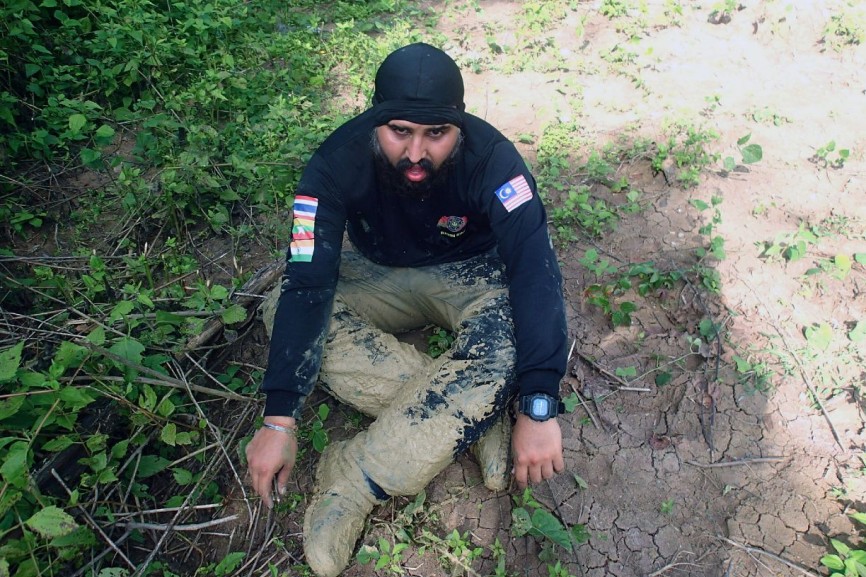 “We had factored in rest days but we never expected the roads to be so bad. Sometimes the distance was just 50 kilometres, but because the road and weather was bad, it would take us up to five hours to travel such a short distance. We had planned to travel in November because we figured it would not rain as much in Myanmar, but we were wrong. It poured heavily and we got caught out,” explains Gurwinder. 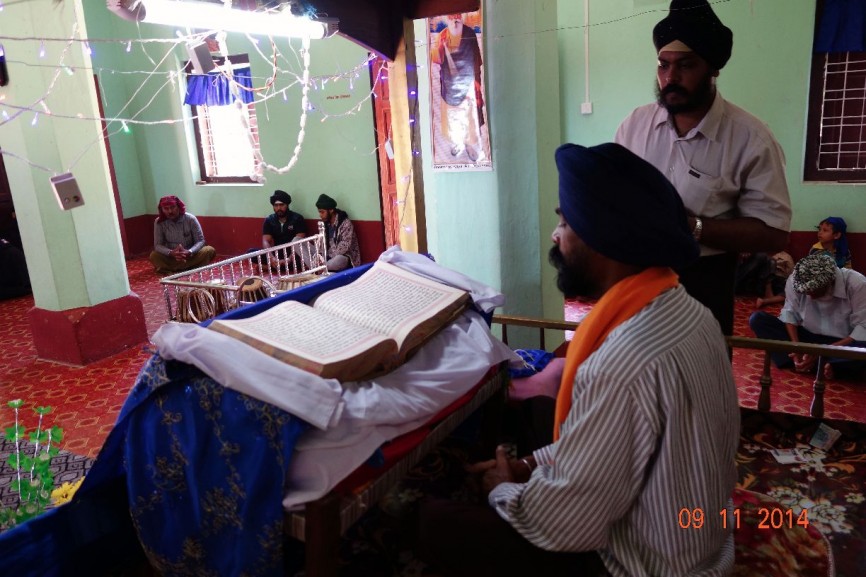 But it was not all tough going for the group of six, there were days they had a great time too. The rest days meant they had time to mingle with the locals and visit local temples and shrines and say a prayer. They found Gurdwaras (the Sikh temple) in the most unlikely places and were run by Myanmar-Sikhs who could say prayers in Punjabi but weirdly enough could not speak the language. 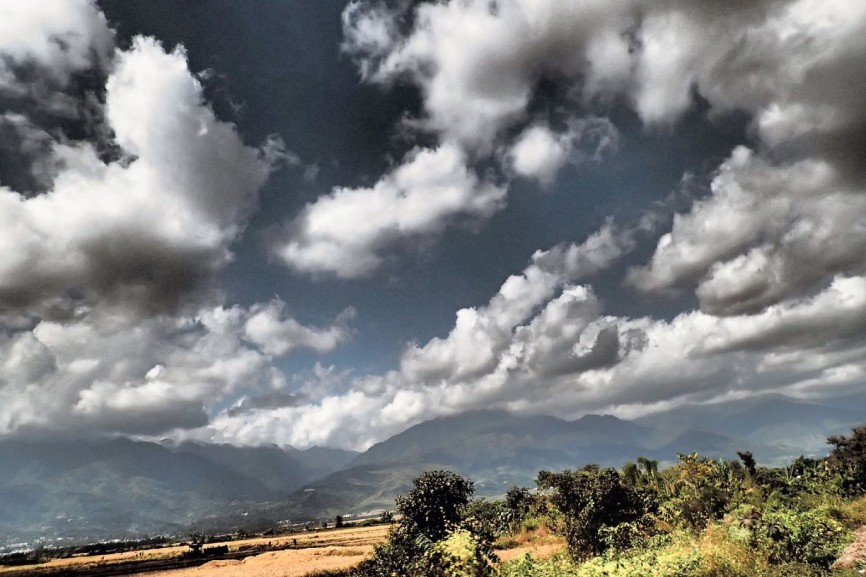 The toughest challenge however came when the group had to spend the night in the jungle with no supplies – no water, no food, low on petrol, nothing. Somewhere along the trip, the planning had botched because the torrential rain had turned some roads into nothing but mud. Because the bikes were weighed down by the heavy luggage and supplies, riding across the mud was challenging. And after a few hours in the heat and with no supplies, the riders were too weak to push, heave and shove the bikes across the mud. With the fading light and falling temperatures, they had to give up and make camp. 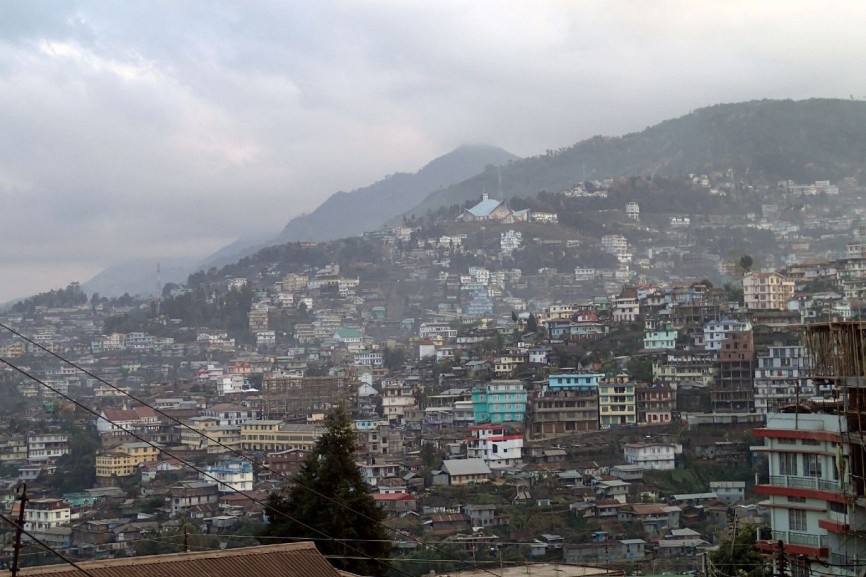 Gurwinder says that their luck changed when a group of villages stumbled upon them at night and after seeing their condition, the villages came back with some biscuits, water and coffee. And that meant carrying on with their journey on fumes till the next town. “There was so much mud on us and on the bikes, that it took several hours to just rinse it all off,” he concludes of that part of their journey. 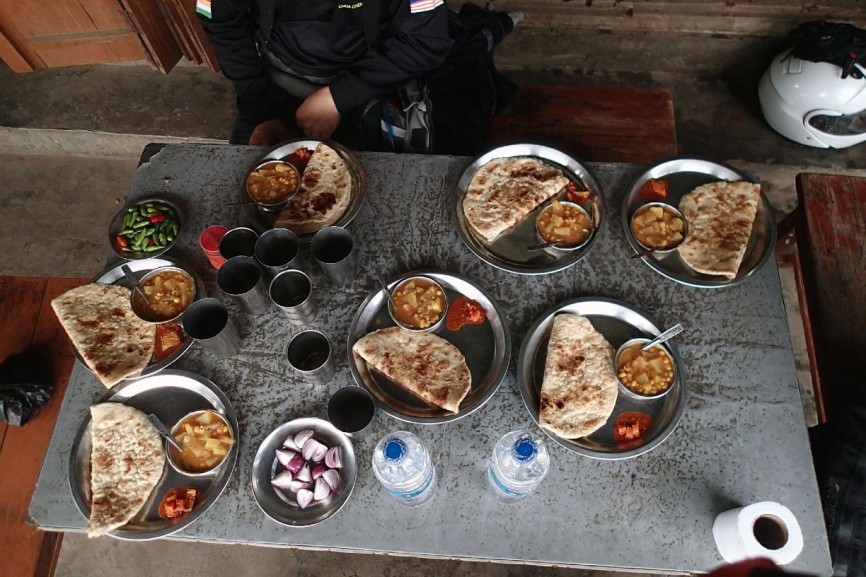 The entire journey took 17 days to complete and despite the set backs, there were no delays, such was the precision of their planning. The trip cost each biker about RM22,000 with all expenses covered. The group has now made it back to Malaysia and celebrated as heroes where ever they go. Local radio stations are interviewing them live on air, documentaries are being put together to chronicle their journey and there are even plans for another ride. 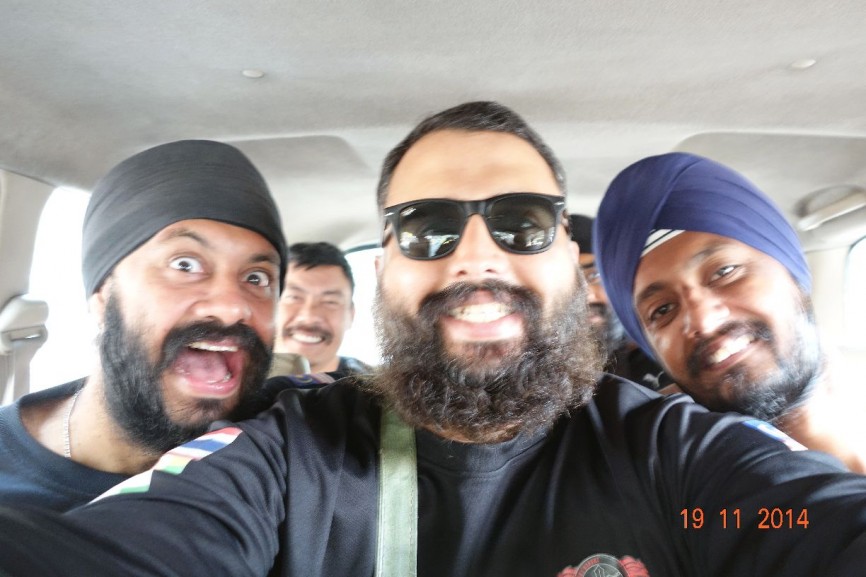 All that matters for them though is that they fulfilled an eight year old vow to ride to the Golden Temple and back.