After the launch of the Suzuki V-Strom, V-Strom XT and Gladius yesterday we were given a chance to sample the three bikes on the Shah Alam Go-kart circuit.

Not the best circuit to test a big bike as it was designed for more agile go-karts but it did give us a sneak peek to what the bikes are all about. 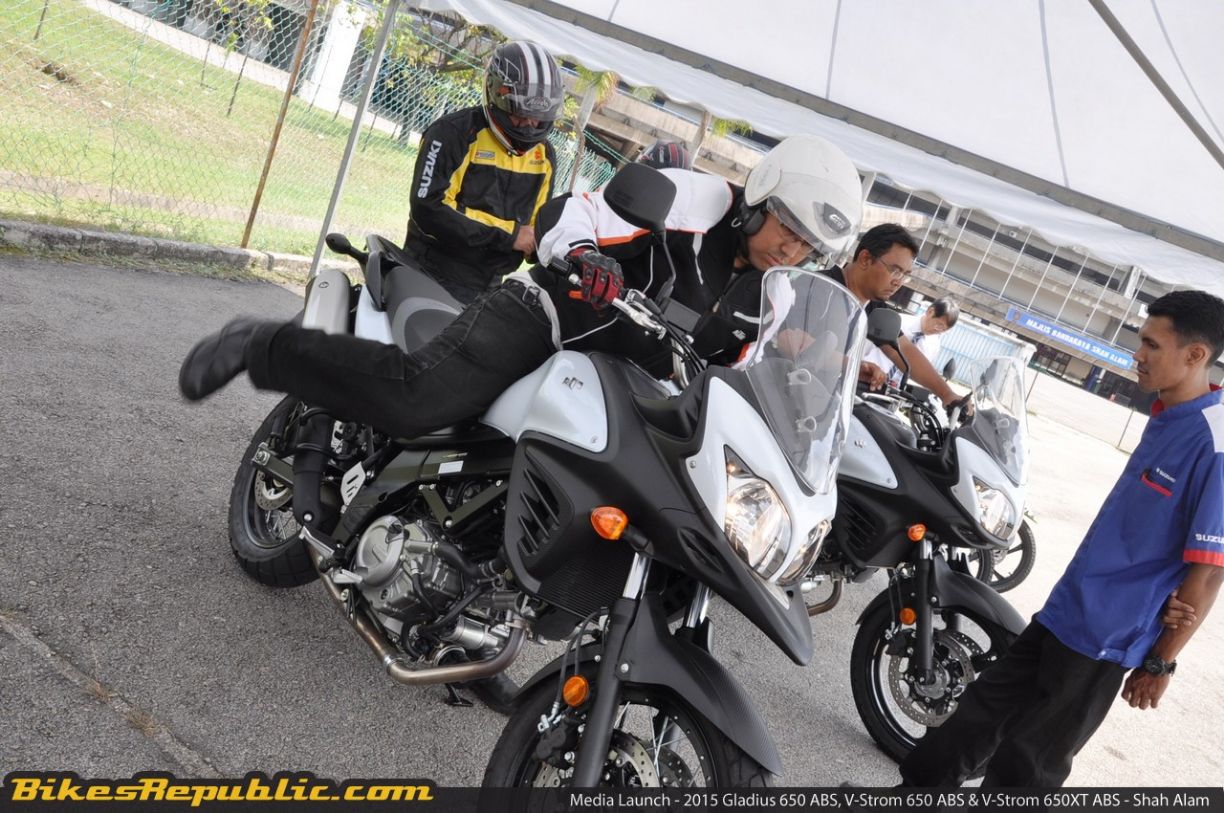 First up was the V-Strom, the seat doesn’t feel too tall for an adventure style bike, at least for this 176cm tall rider.

Handle bar reach is just nice, not too far forward nor too close to the rider with a straight up seating position. At first the bike did feel a bit on the heavy side but generally ok as soon as you get going.

The Europeans with their bigger build love this bike as they throw it around the corners but being smaller, us Asians will find the V-Strom a bit bulky on slow speeds.

As mentioned the track was made for go-karts thus it was only possible to get more than second gear,, but for the shifting that we managed it was smooth with a nice clutch operation. 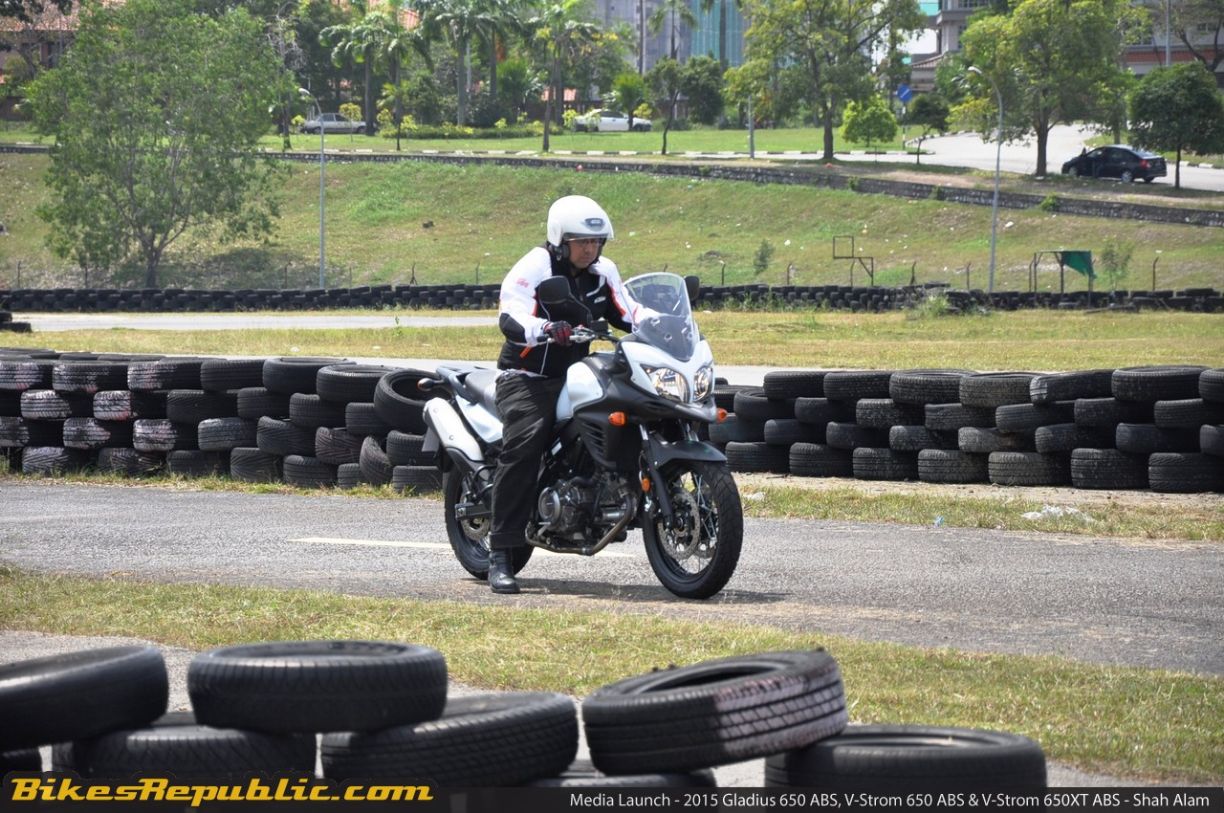 Power wise the 650 V is lovely, with good low end and mid range torque, just a bit of throttle input and the V-Strom jumps into action and its an easy engine to regulate between slow and medium speeds.

The brakes feels ample for the speeds we were riding it, very grabby but still linear brake feel.

Next was the V-Strom XT, biggest difference was the spoke-wheels with 19” up front and 17” on the rear. Generally this would usually meant sluggish turn ins, it was there, almost unnoticeable but very liveable.

A good compromise between a smaller and more agile 17” wheel or roll over anything but sluggish to turn 21”.

Something did irk us though and it was the ABS, having a 19”spoke wheel meant the V-Strom XT have a more off-road orientation, however it was not possible to switch the ABS off nor did Suzuki say that the ABS is off-road friendly. A question we will answer as soon as Suzuki lend us a unit to be ridden on more familiar roads. 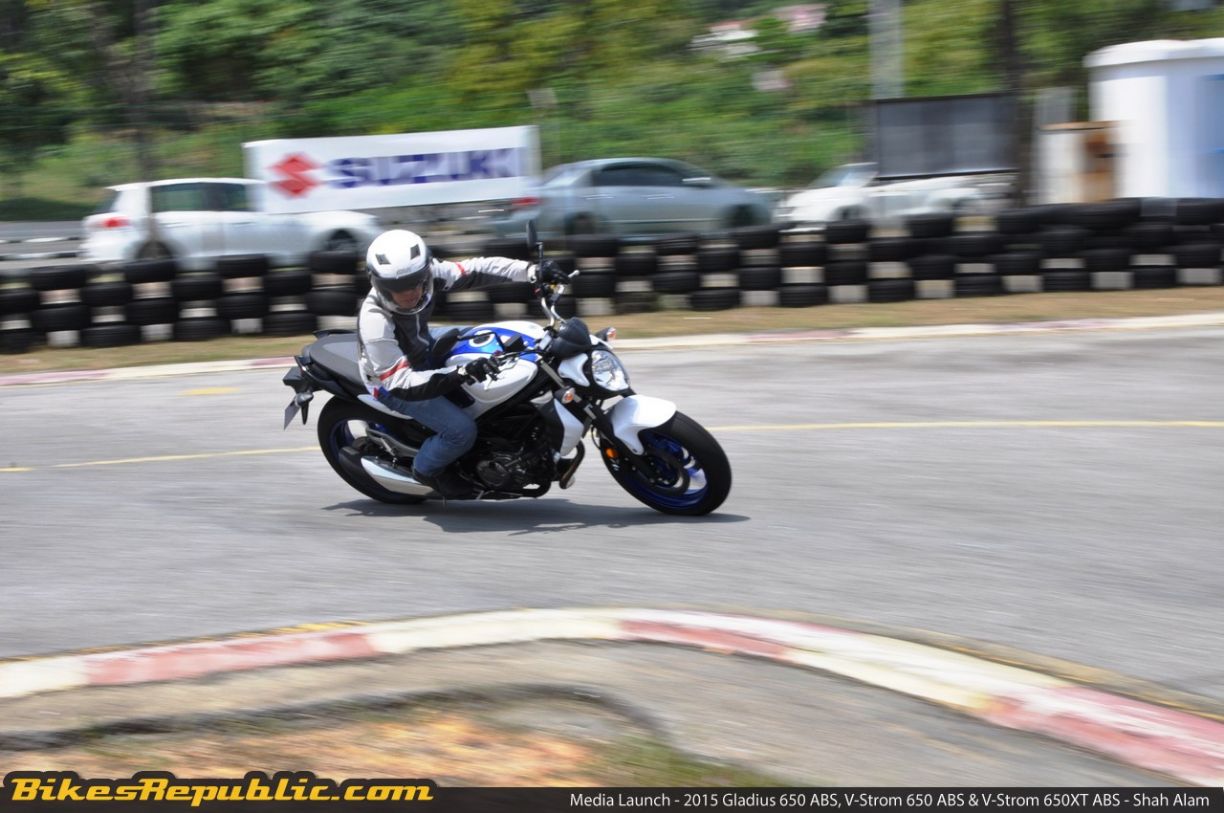 Moving on it was the Gladius’s turn, close one eye and you might be forgiven to think its and Italian bike with those Trellis frame and V configuration engine, just with a bit more organic lines.

It was small and nimble enough that we were able to get a bit more speed into the corners as compared to its to larger brothers, the V-Strom and V-Strom XT. 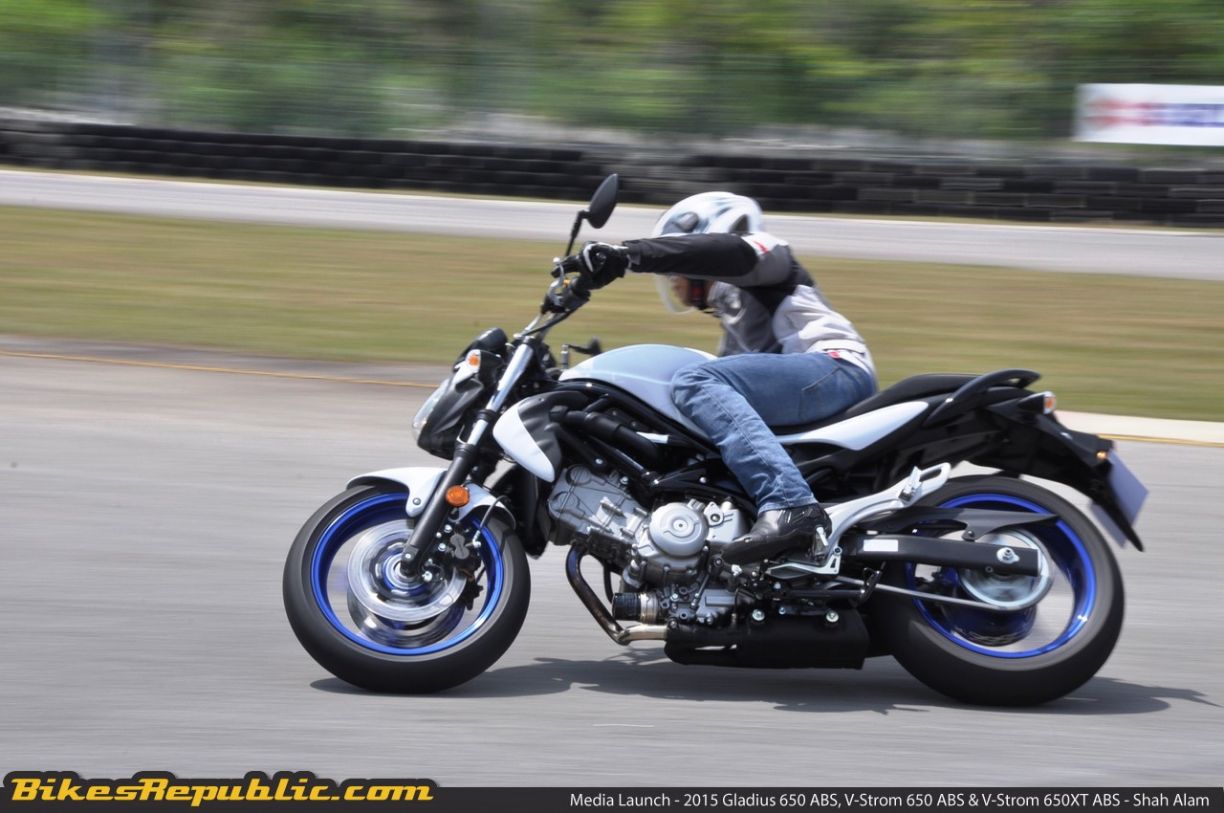 While it was too soon to tell there was a definite deference in engine response or was it just because it’s a lighter bike. 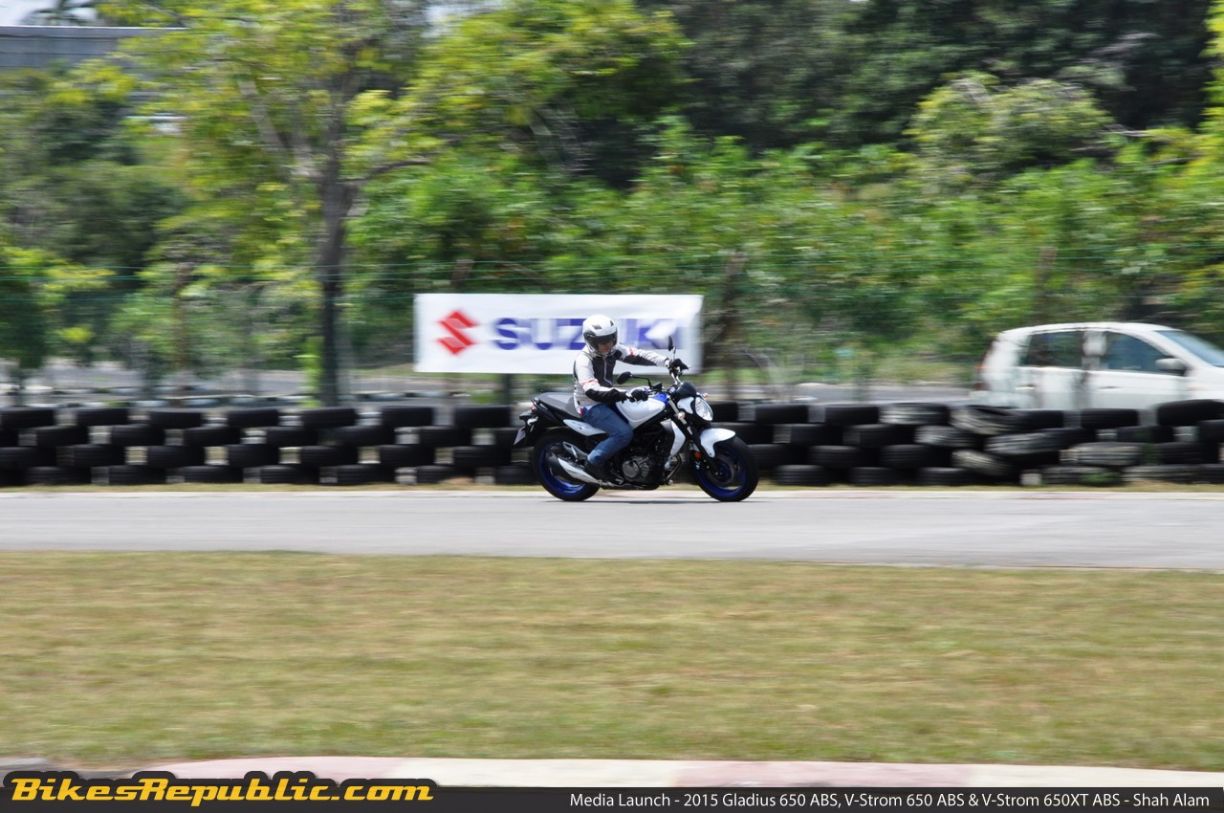 Quality with material and fitment feels and looks good on all three models, the only thing that we did feel was a bit off was the side mirrors on the V-Strom being slightly shorter to the handlebar.

The three bikes are definitely something you should check out if you are going for that class.