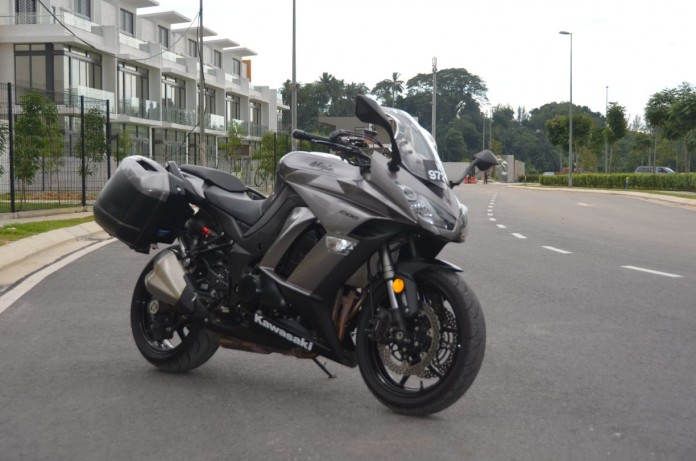 A friend recently told me the wife or the Ministry of Finance as he fondly calls her said he can finally trade up his 250cc bike, thats the good news.

However since he has been riding for at least two years he is in a conundrum as he cant decide on what bike to go for since the bike have to cater to three types of riding that he plans to do. 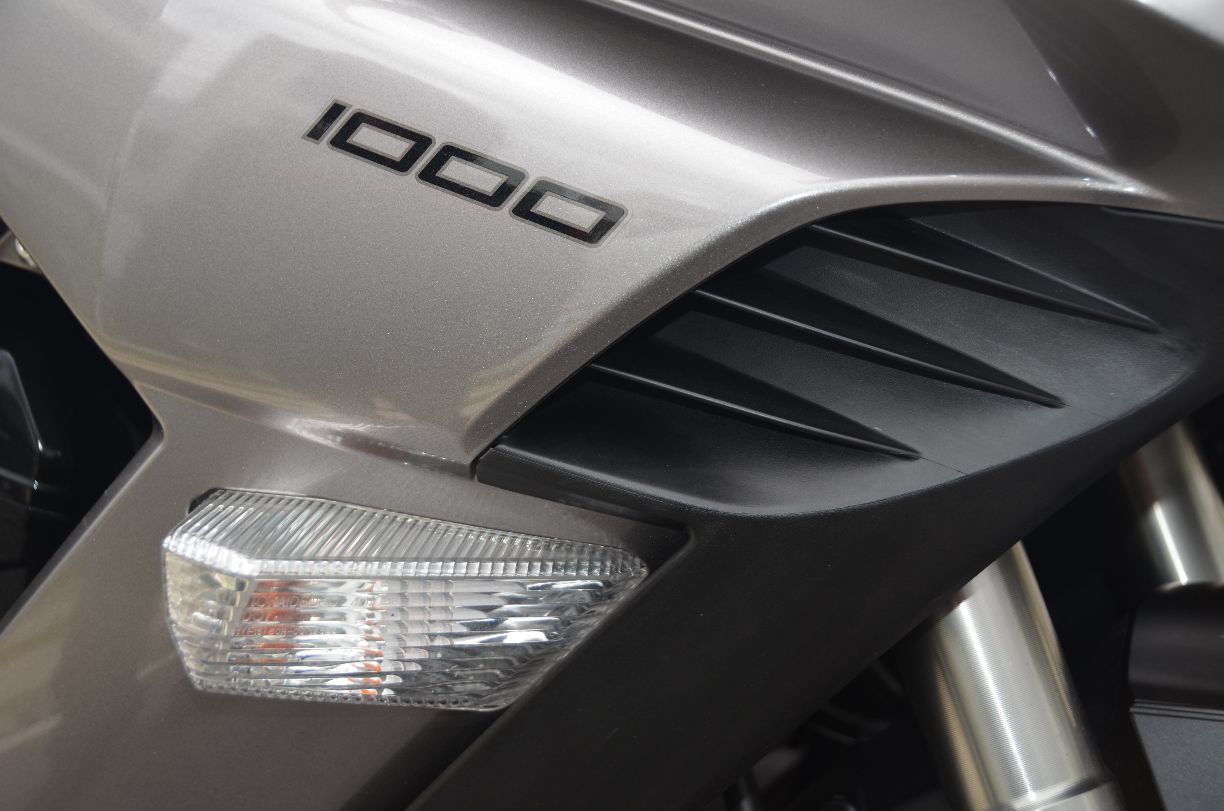 It has to be practical enough to replace a car to go to work (once in a while if not everyday) like his Ninja and at the same time comfortable enough for some long distance riding. Many can easily fill those points however the last bit is the hardest to fit which is the bike has to be fast enough and fun for track days.

After looking at a long list of bikes available now in Malaysia, it seems that Kawasaki holds the answer to his salvation, it’s the big brother to his Ninja 250, in the form of the Ninja Z1000 SX. 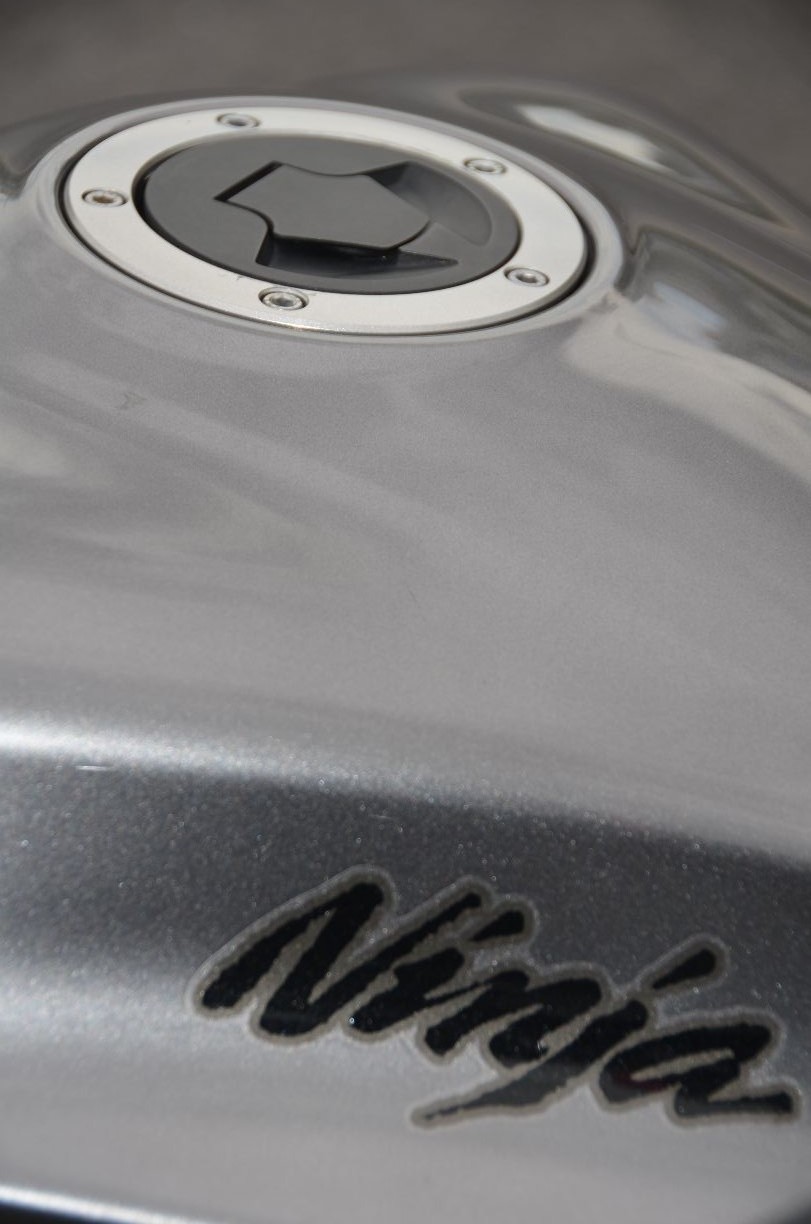 This bike have been in the market for slightly over one year but still not many on the road as most riders go for the more touring centric GTR, another good bike and easily fill his first two criteria but a bit too bulky for trackdays.

Starting with the heart of the machine, the Ninja 1000 comes with a tweaked 1043cc liquid cooled in-line four, the same one in the Z1000 even down to the nice and easy 6-speed multi wet clutch transmission.

It makes the same 138hp and usable power comes as low as 3500rpm and spreads out all the way to redline. Silky smooth, very linear power delivery and quite rev happy, the perfect storm some would say. 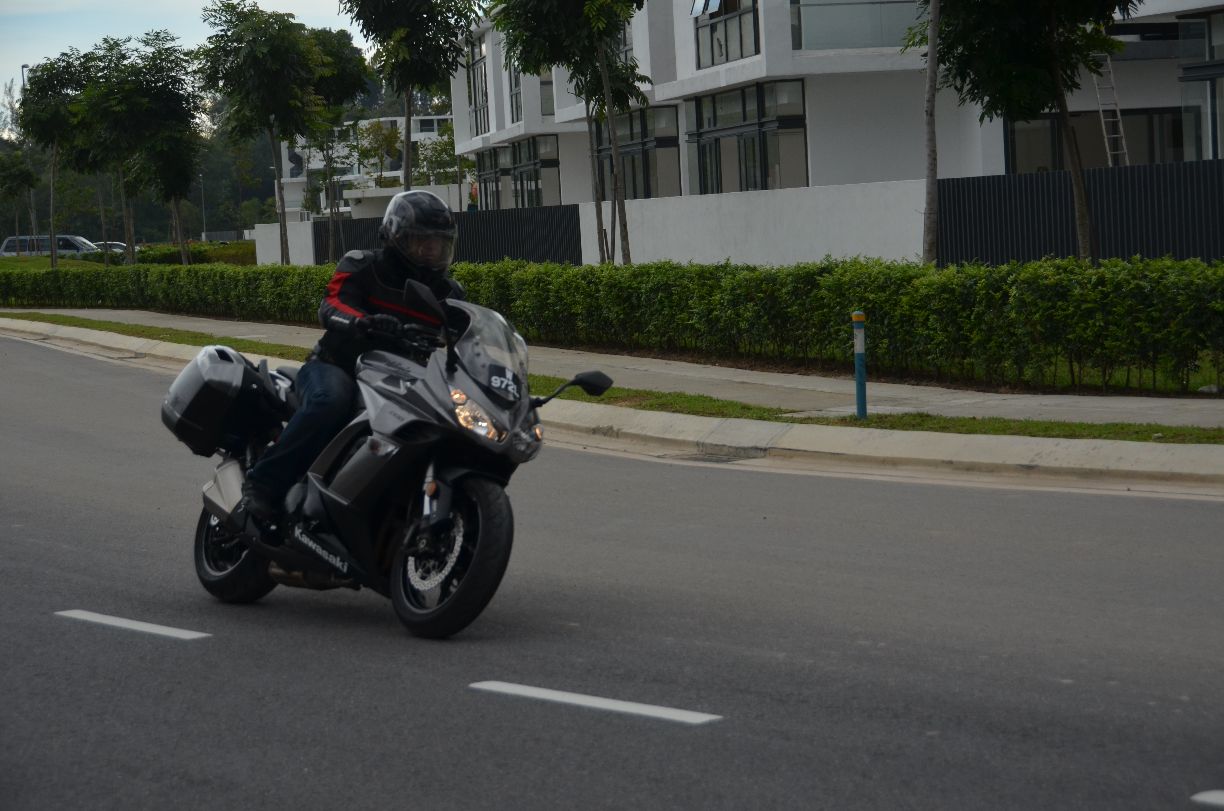 While the whole bike weights about 230kg, it does not feel so as the almost straight up sitting position and low centre of gravity makes the Ninja 1000 feels nimble and easy to manoeuvre instead. Without the panniers you can easily navigate the busy city streets and commute to work on it if you want to.

But even with the panniers on, its still very manageable as the pannier system was designed along with the bike and it sits very close between the bike centre line and handle bar. And with some bikes thats designed with panniers, they look a bit silly and naked without the cargo boxes off, the Ninja 1000 look good with or without its panniers, not the best looking but smart enough to get a second glance from others. 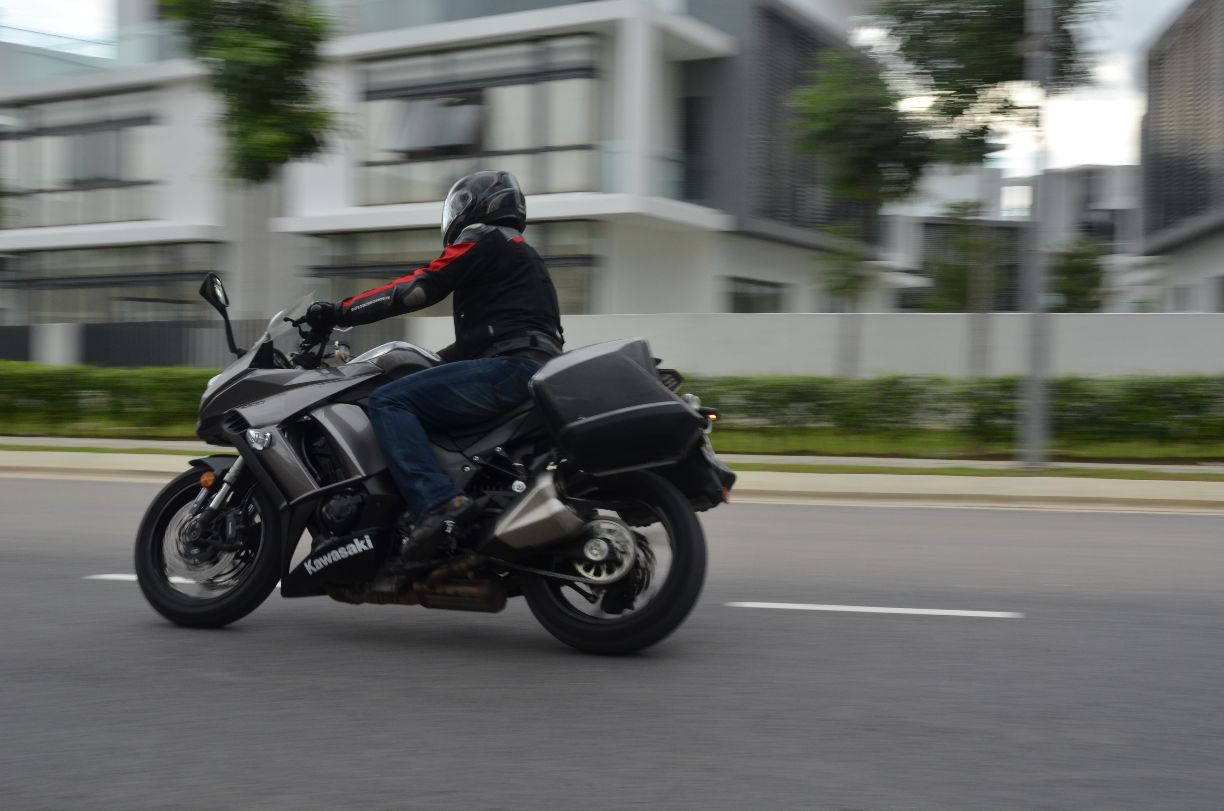 And the upright sitting position not only helps while riding in traffic but also perfect for those long-distance travel. The moderately low seat is plush and supportive, which is the opposite of the Z1000. The passenger seat though looks more like an ornament, ok for short stints but not more than 20 minutes before she starts complaining.

The large fuel tank takes 19litres and on touring mode this bike was frugal enough that I didn’t even worry so much about where to find fuel and just enjoy the ride. Wind coverage is good for a sports tourer thanks to the adjustable windscreen and body cowling.

Get to the track and all you need to do is go to the sports mode on the engine and lower down the windscreen to the lowest setting and off you go, even at that setting there is still enough room for you to tuck in behind the screen. 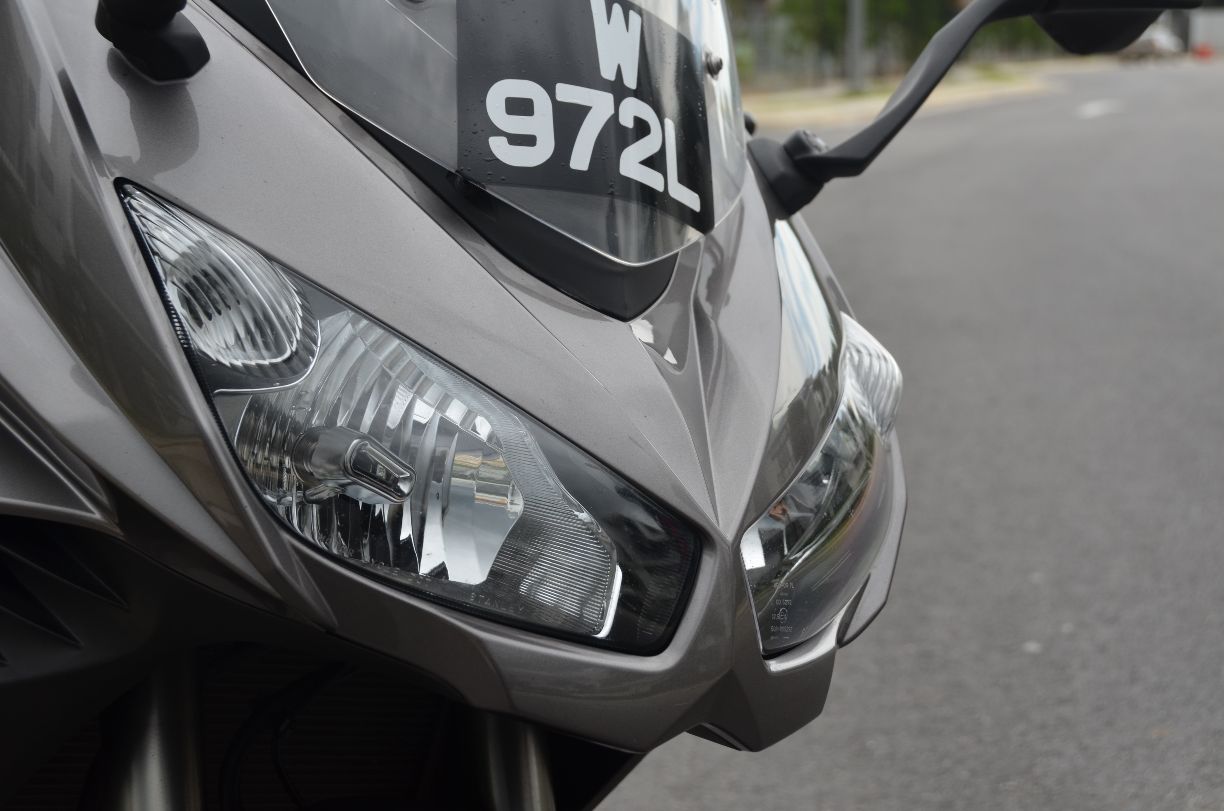 The grippy brakes makes slowing down and stopping quick, easy and drama free while the adjustable suspension, monoshock on the rear and usd fork upfront makes the bike adaptable to different riding style and weight though with a bit of tweaking around.

All in all if you are hoping to get something that could do the same like my friend wanted here then the Ninja 1000 is probably your best bet.