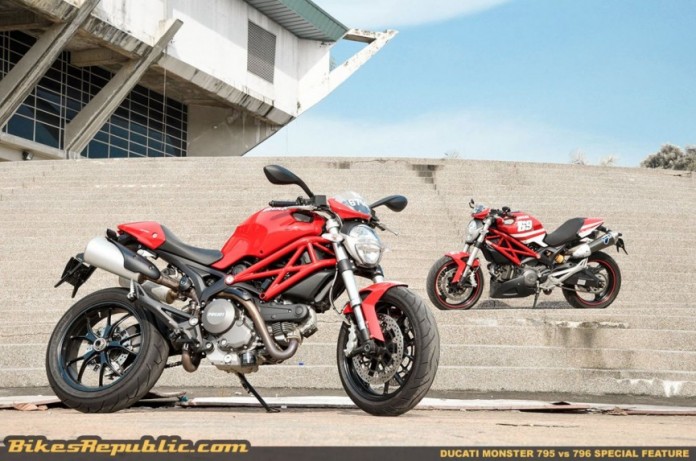 Icons come in many forms, and the Ducati Monster is one of the most recognisable icons of our generation. It is the essence of Ducati, it is the bike that saved Ducati, took them off the tracks and on to the streets. People dug deep into their pockets to have one, giving the Italian company some much needed cash injection. 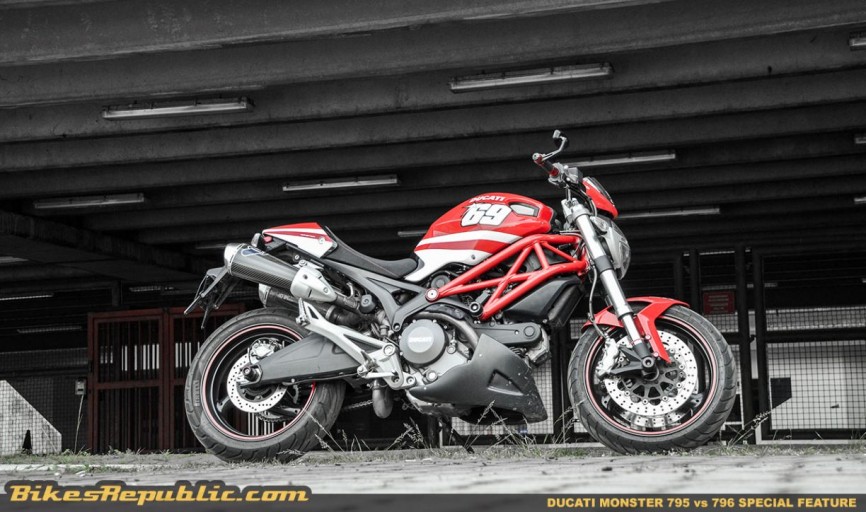 Tens of thousands have been sold worldwide since its introduction in 1993, and if you’re anywhere in Asia, you have the 795 as an option. Why? Probably because Asians are smaller in size, and Ducati recognised that, so everything about the 795 is designed for the pint-sized Asian. 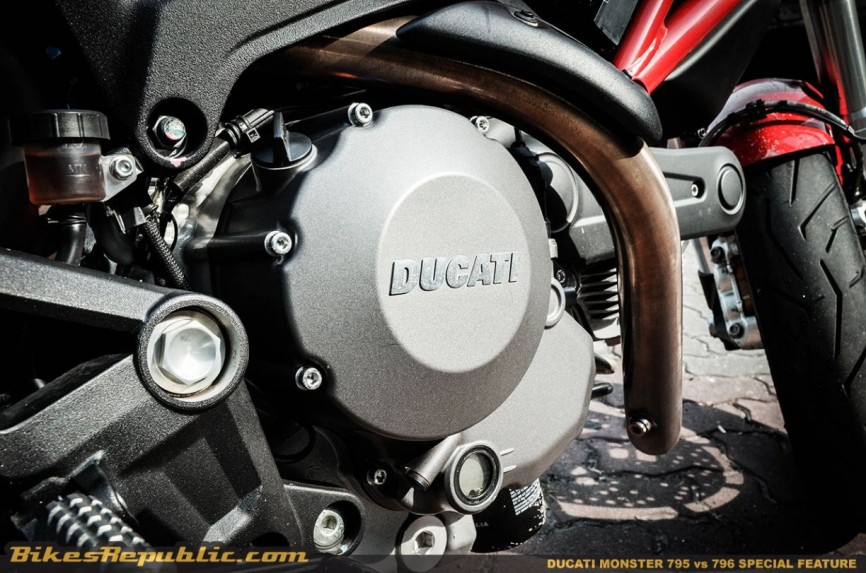 The seat is lower, the handle bar is higher and the foot pegs readjusted, not to mention that it does not have the beautiful single-sided swing arm. It is awesome nonetheless, especially with the Termignoni exhausts that gave our test bike bike a vicious character, and 2hp more. 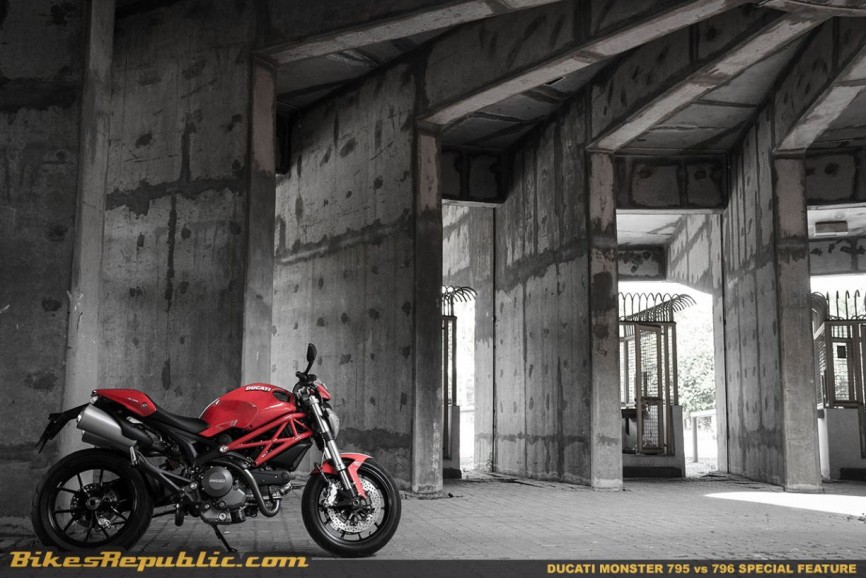 Courtesy of Fariz, a friend, an amateur racer and a citizen of the Republic, the 795 featured here is also fitted with a lower than the already low seat, so the bike really does feel smaller (too small for me), and weirdly lighter than the 796 as well. 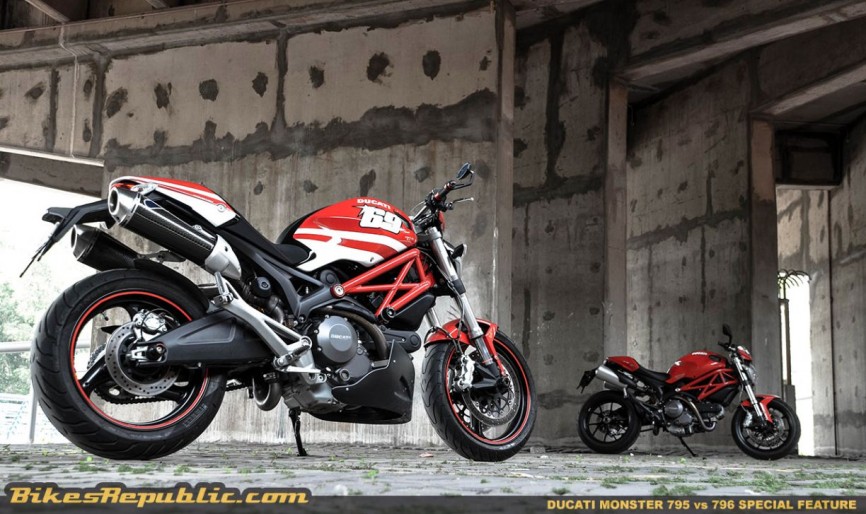 Both bikes are powered by the same Desmodue engine. The power plant is an 803cc, air-cooled, L-Twin, 2 Desmodromically actuated valves per cylinder. It has the same compression ratio (11:1), bore and stroke (88 x 66mm) and the same power output of 87hp@8250rpm and 78Nm@6250rpm. 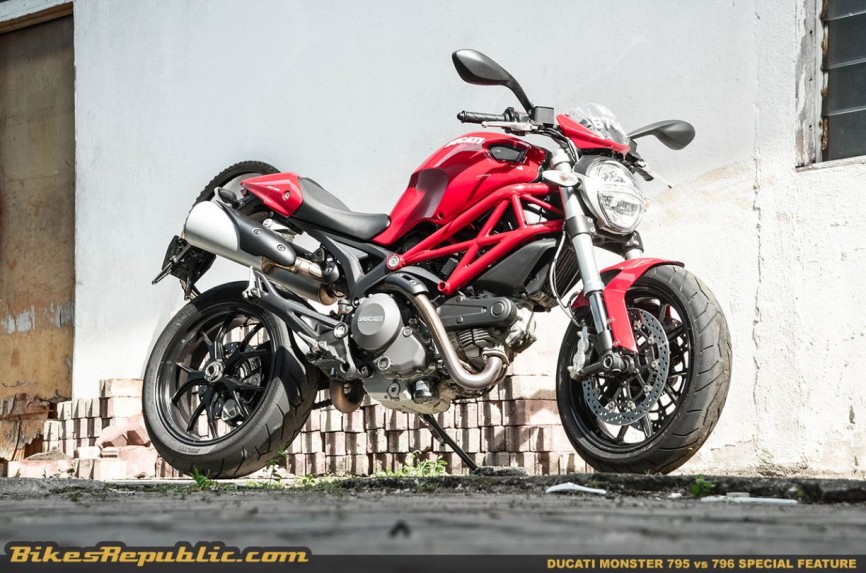 Basically both are same bikes with some key distinguishing features mentioned before. But the updates are not just aesthetic, the bikes are somewhat different to ride as well. The 795 feels tout and eager while the 796 feels more in tune to a bigger rider. The 795’s eagerness could be down to its updated exhaust system, but shorter riders will appreciate having both their feet flat on the road. 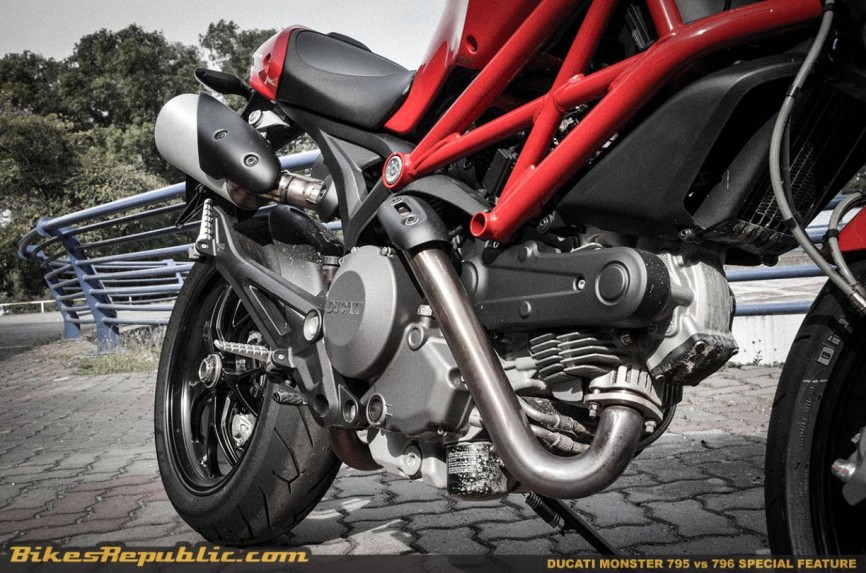 At close to six feet tall, the 796 felt better suited for my frame. The foot pegs, which were occasionally slippery, were perfectly placed away from the air-cooled and thus heaty engine without contorting your legs into funny shapes. The reach to the handlebars was also perfect and the sitting position does not put too much pressure on your wrists. 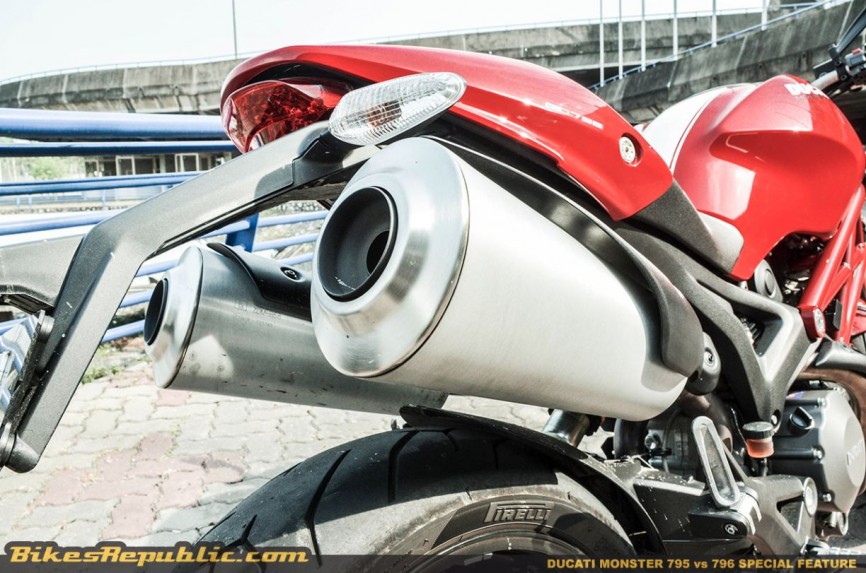 So far the 796 has built a great case for itself, but is it perfect? Well the handle bar grips were too thin but nothing a pair of aftermarket Rizomas can’t fix. There should also be a fuel gauge rather than just a yellow light to mark thirst, and those silly bunny rabbit rear view mirrors that are literally useless really do make you wonder ‘wtf’ Ducati were thinking. 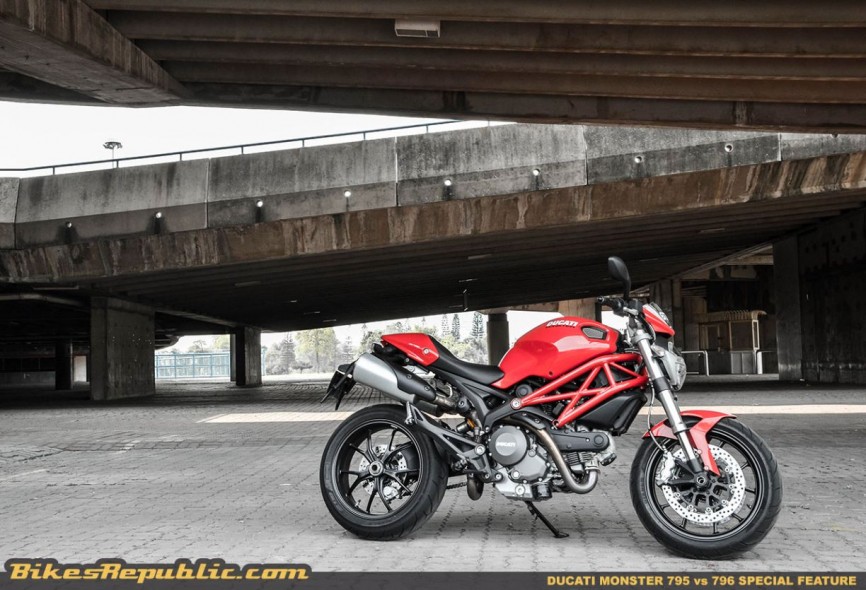 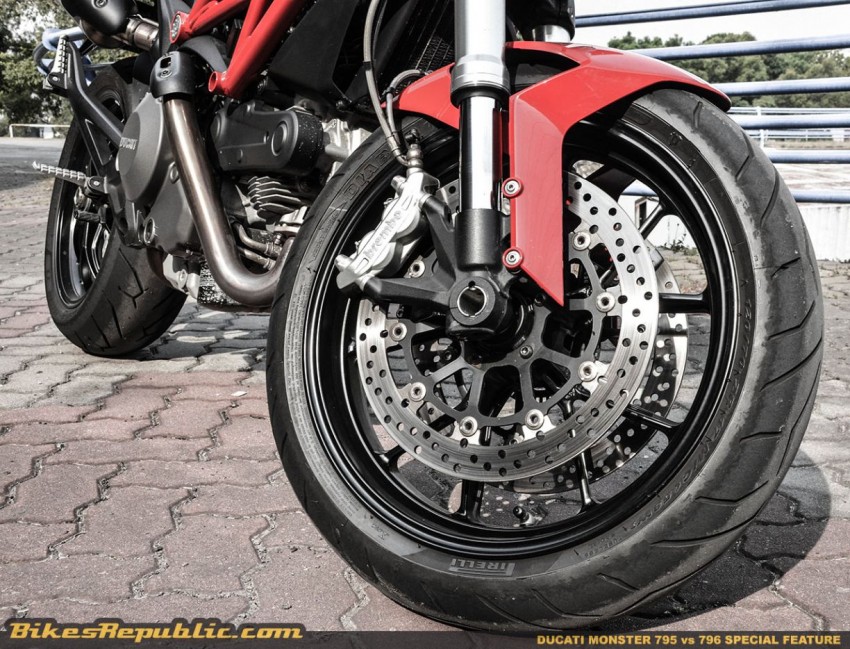 One thing is for sure though, buy any model and there will be a few things you will need to do – get Termignoni exhausts, change the rear view mirrors, get rid of the funny looking rear plate holder, and you will have a real good-looking naked Ducati.