The Benelli RFS150i is one of the most popular motorcycles of this week. Launched just about a week ago in Penang by new Malaysian Benelli distributor M Force Bike Holdings S/B, every motorcycle rider from here to Vietnam has been talking about Benelli’s first ever moped on all our social media channels.

The RFS150i was designed in Italy by Benelli’s team of designers, but was assembled in China, and there are plans to eventually assemble the bike here in Malaysia. We are fans of the overall design of the bike, and love the fact that it comes with LED daytime running lights. There is no other moped in the market right now that offers these lights, credit to Benelli.* (Ed – Actually the Yamaha Y15ZR has had LED DRL’s since 2015)

The RFS, which stands for Riders For Speed, has another unique feature in its engine, it runs on three spark plus instead of the usual single spark plug typical of single-cylinder engines. Three spark plugs may be more expensive to maintain and complicate to change, but it ensures that fuel is properly burnt with no wastage. Fuel that is burnt to its full potential gives you the maximum performance it is capable of, and reduces wastage thus making this bike run cleaner and more efficient. 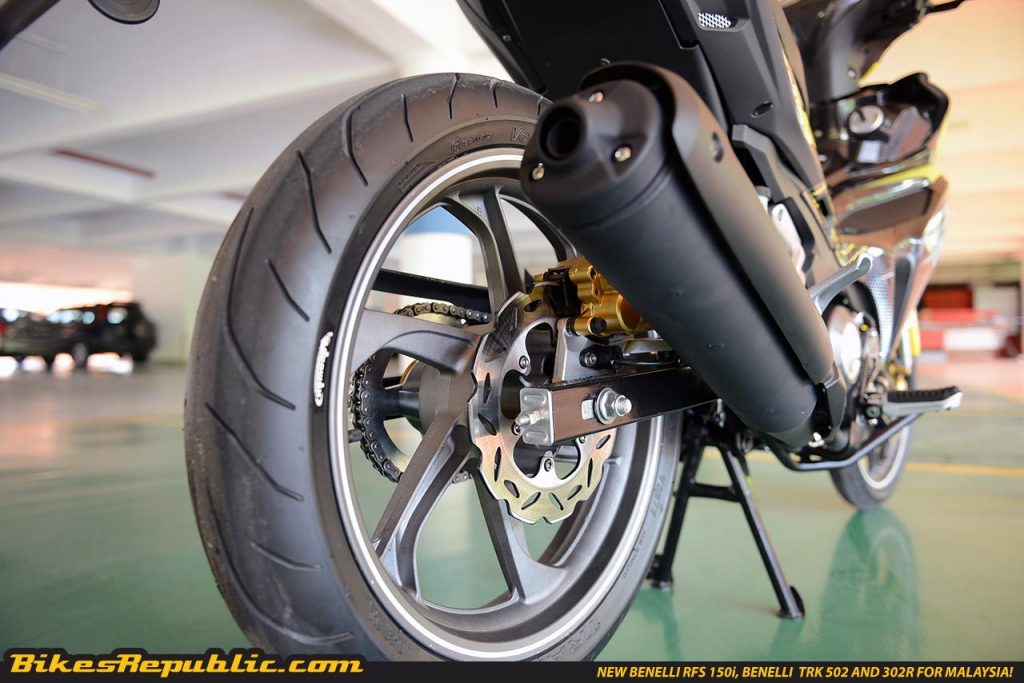 The 149.8cc engine is liquid-cooled and puts out 15.5hp and 13Nm of torque; nothing to boast about but it actually performs better than the figures suggest. In real world conditions, there is good power for uphill climbs and decent acceleration. Fuel efficiency is what this bike was designed for, and though we can’t tell you how economical it is without riding it for longer than the 10 minutes we had with it, but with a six-speed gearbox and engine technologies designed to keep engine temperatures down to a minimum, we believe Benelli’s claims, for now. 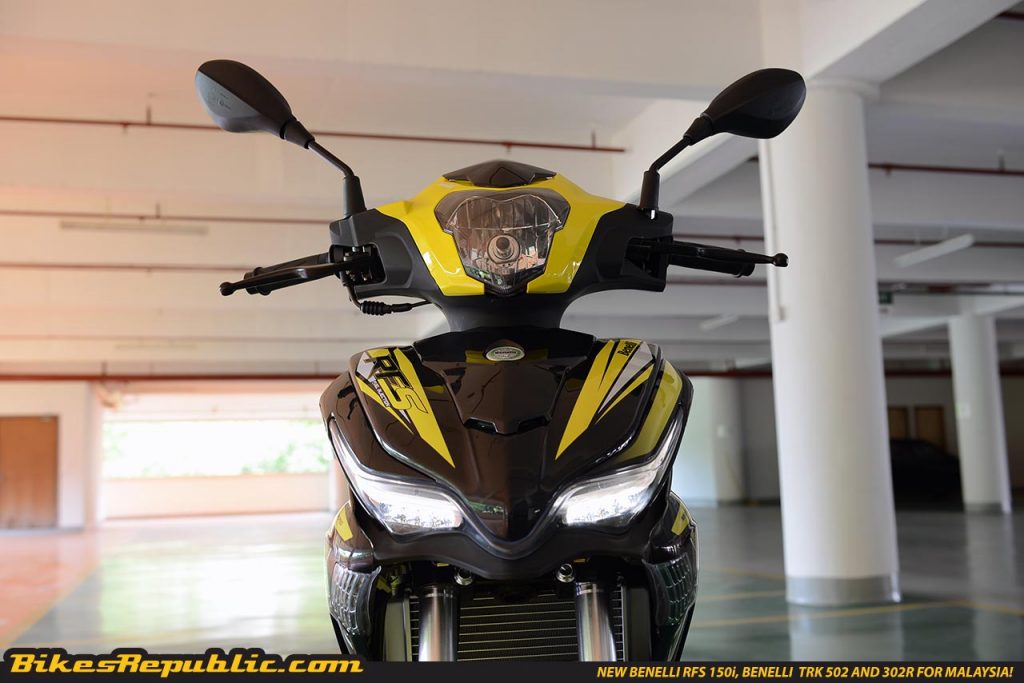 It is a fairly light bike too, about 115kg’s dry and slightly over 120 ready to ride, the RFS150i felt nimble and sporty. The great handling of the RFS was aided by a upside down telescopic forks with 88mm of travel as well as an oil damped, single coil spring with 27mm of travel at the rear. The RFS150i is also the only moped with upside down front forks. Extra brownie points for Benelli again. 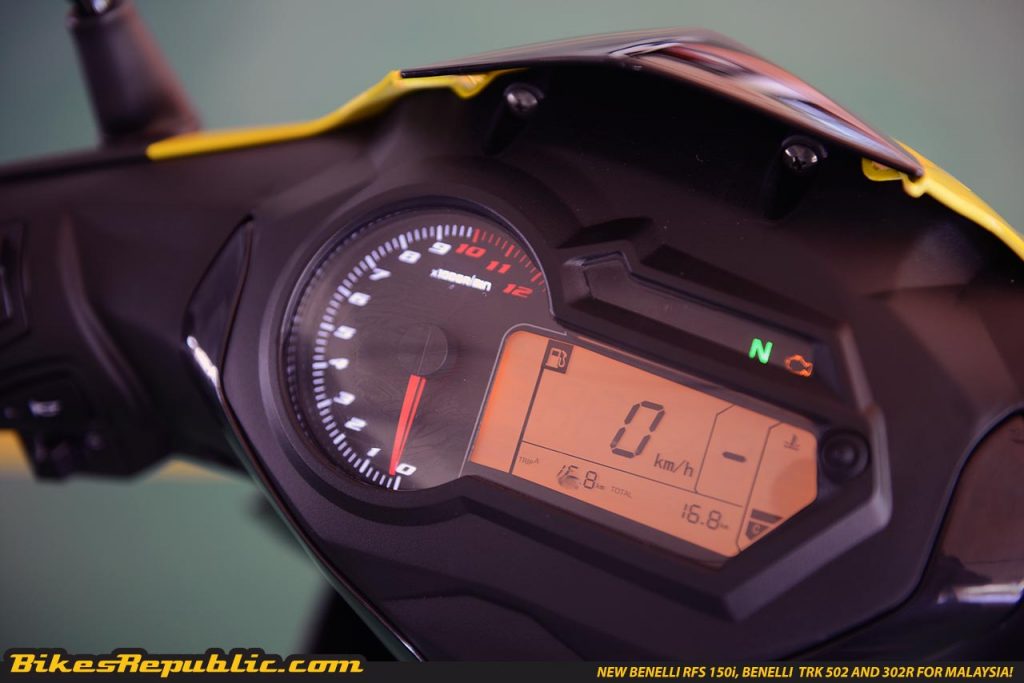 Overall quality was decent too, but we were riding bikes that were hastily assembled just a day or two before the launch, so we expect the final production model to feel better than. Price starts from just RM6,988 for the standard motorcycle, and goes up to RM7,338 for the special edition model which features special colours. This officially makes this the cheapest 150cc kapcai in its class. 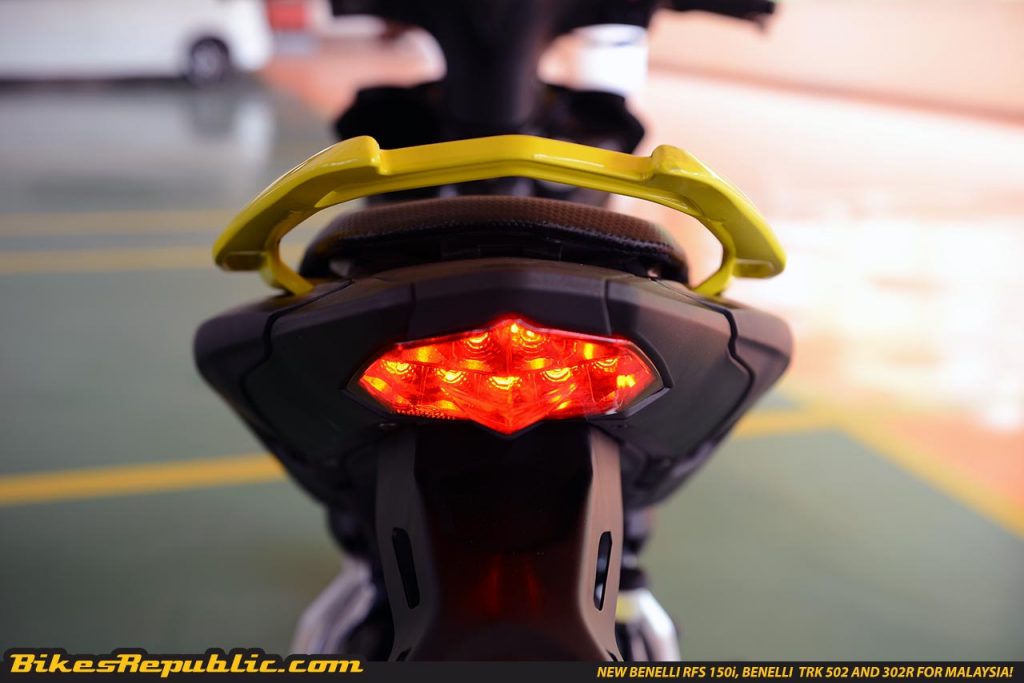 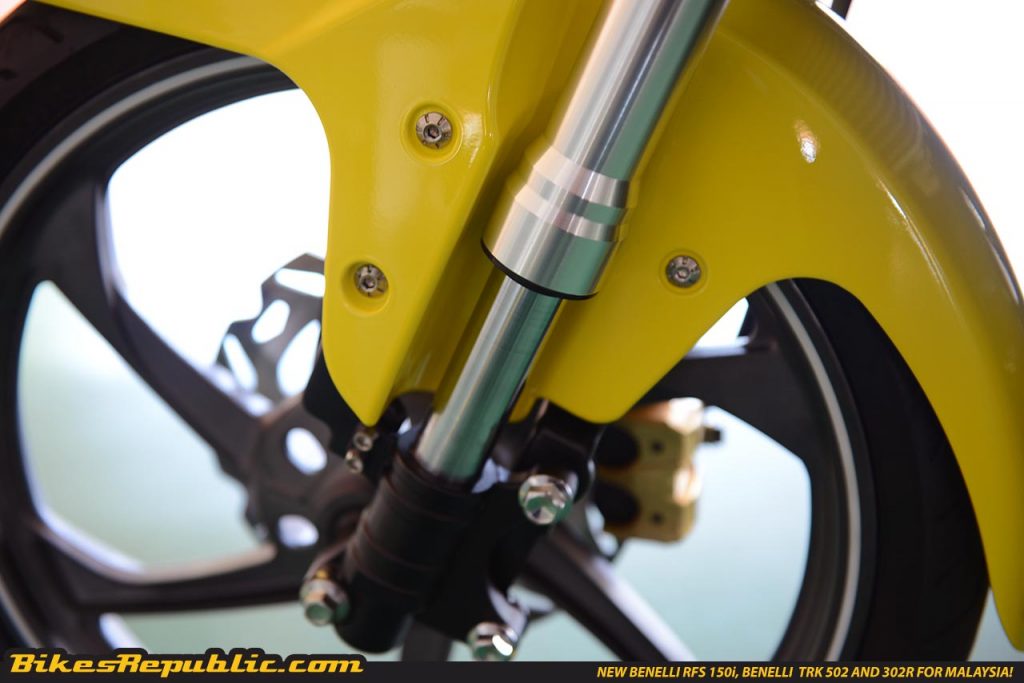 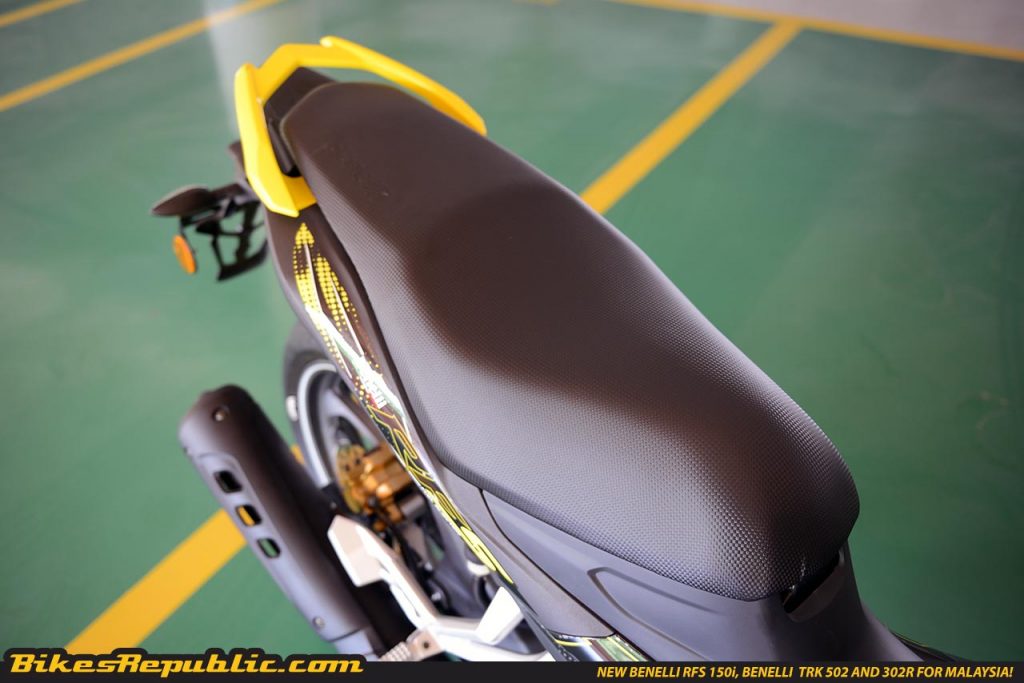 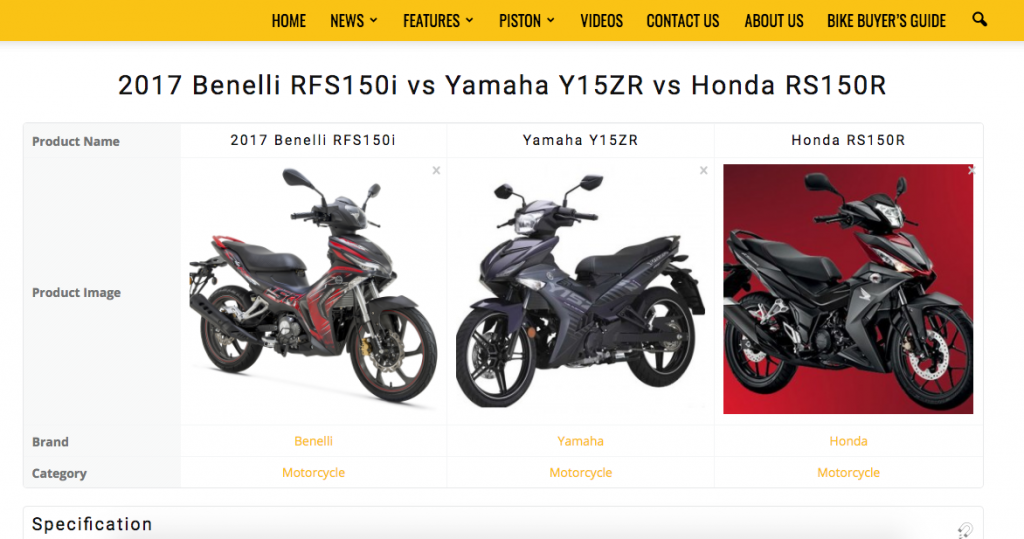 Click here to see how the Benelli RFS150i compares to other motorcycles in its class at the Bikes Republic Bike Buyer’s Guide!