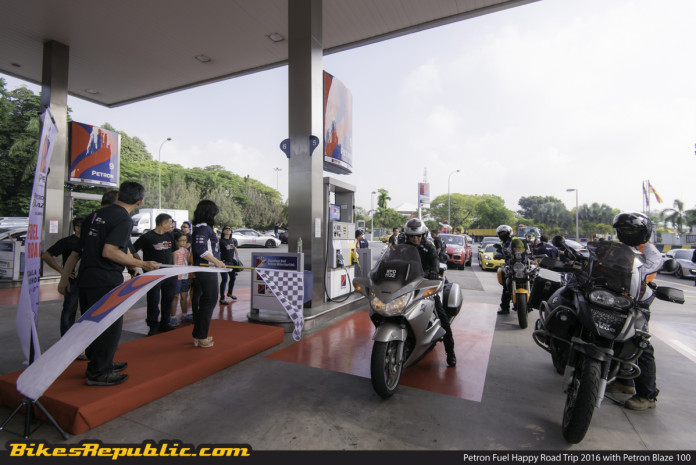 A guide to understanding petrol and how it provides power in your bikes.

After a couple of millions of years of heat and pressure, a pile of dead trees and plants buried deep in the earth gets broken down and transforms into crude oil. Many, many years later, a Texan comes along, pumps it out of the ground, then refines and separates the stuff down to its constituent parts. And every hundred miles or so, you fill up your bike’s tank with one of the liquids produced as a result.

The clear fluid we know of petrol is a combination of different hydrocarbons – compounds of hydrogen and carbon elements – ranging from 7 to 11 carbon atoms in length. Mostly, it’s octane (the hydrocarbon with 8 carbon atoms). Petrol contains huge potential energy – a gallon contains the equivalent of 31 million calories. That’s 63 Big Macs in food terms.

Under these conditions, the hydrocarbons burn completely. Hydrogen atoms join with oxygen atoms, creating H2O (water) and all the carbon bits turn into CO2 (carbon dioxide). In practice it never happens that perfectly, thanks to the presence of other contaminants in fuel and air, but that’s the idea at least. 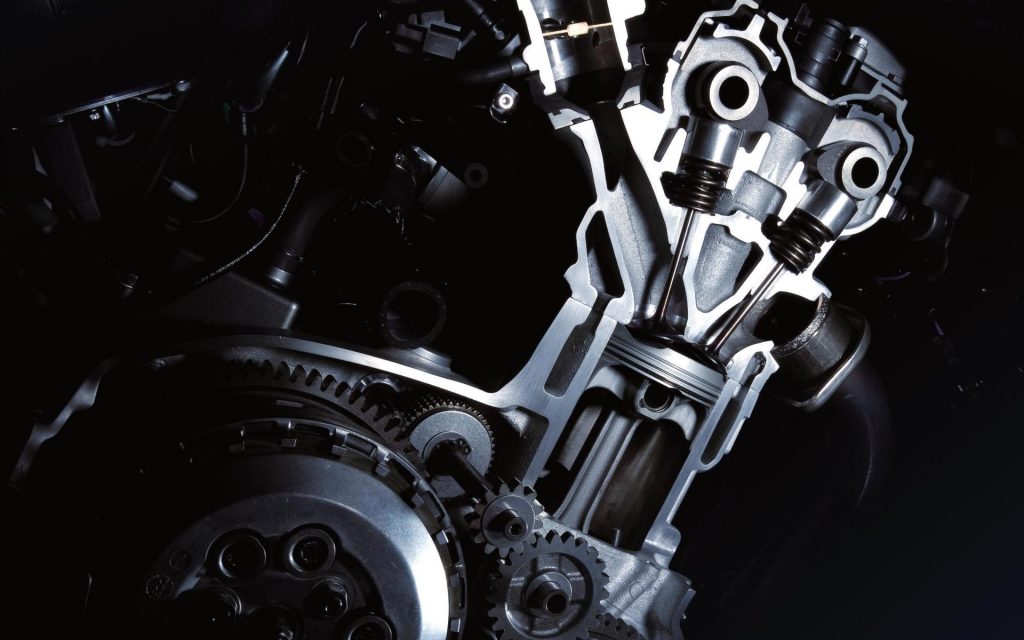 Before the spark plugs spark, the mix of air and fuel is compressed by the piston’s compression stroke. Cars typically run a compression ratio of about 8:1 where it squashes the gas into an eights of its volume. Bikes, on the other hand, run much higher ratios to generate more power at around 11.5:1 to 12.7:1 depending on the model.

The problem with high compression ratios is that heptane (one of the hydrocarbons found in petrol) doesn’t react well when it’s squashed. Its molecular bonds are weak, so compress it a little and it ignites spontaneously. The bonds in octane are far stronger, so it takes much more compression before it ignites. This is why ‘tuned’ engines run on high-octane petrol. 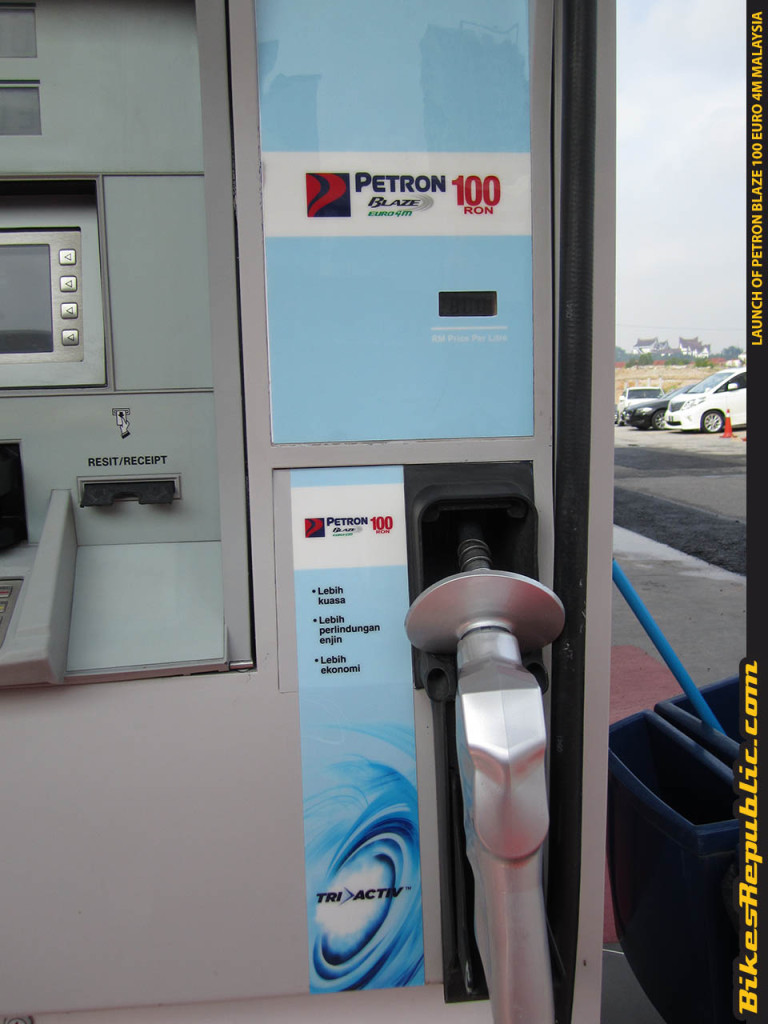 Octane Rating. What Does It Mean?
At the petrol pumps you’re often faced with two types of unleaded – regular (RON 95) or super (RON 97 or higher). RON means Research Octane Number, a measure of how resistant the fuel is to igniting under compression.

A fuel of regular RON 95 grade, such as regular unleaded, has the same resistance to compression as a mix of 95% octane and 5% heptane. Fuels of RON 100 grade and higer, on the other hand, are made by adding chemicals that are more resistant than octane.

Octane alone will not increase power. It only allows the potential for an engine to run a high compression ratio, and that’s what will increase power. Run a high-compression engine on low octane fuel and detonation occurs, which can easily destroy an engine.

What Is Detonation?
Detonation – also known as knock – occurs after the spark plug has sparked. The spark starts a flame dead centre of the cylinder, which should spread out to the edges with a single flame front. But if gas at the edge of the cylinder ignites (due to high temperature or pressure) before the flame meets them, it causes multiple flame front in the cylinder. When these collide they create a sharp rise in heat and pressure.

Occasional, slight detonation isn’t a problem but constant, severe detonation will wreck an engine. Some BMW bikes with extremely high compression uses a knock-sensor. This detects frequencies in the cylinder and, if it registers those associated with knock, it will tell the engine management system. This will then retard the ignition advance (how far ahead of the piston reaching Top Dead Centre the spark plug fires).

Ignition advance is necessary because petrol takes time to burn, so igniting the mixture when the piston is already at the top of its travel is a waste of energy. As revs increase, the piston speeds up so more advance is needed. Retarding the amount of advance will reduce power but lower temperature and pressure, reducing the conditions that causes knock. 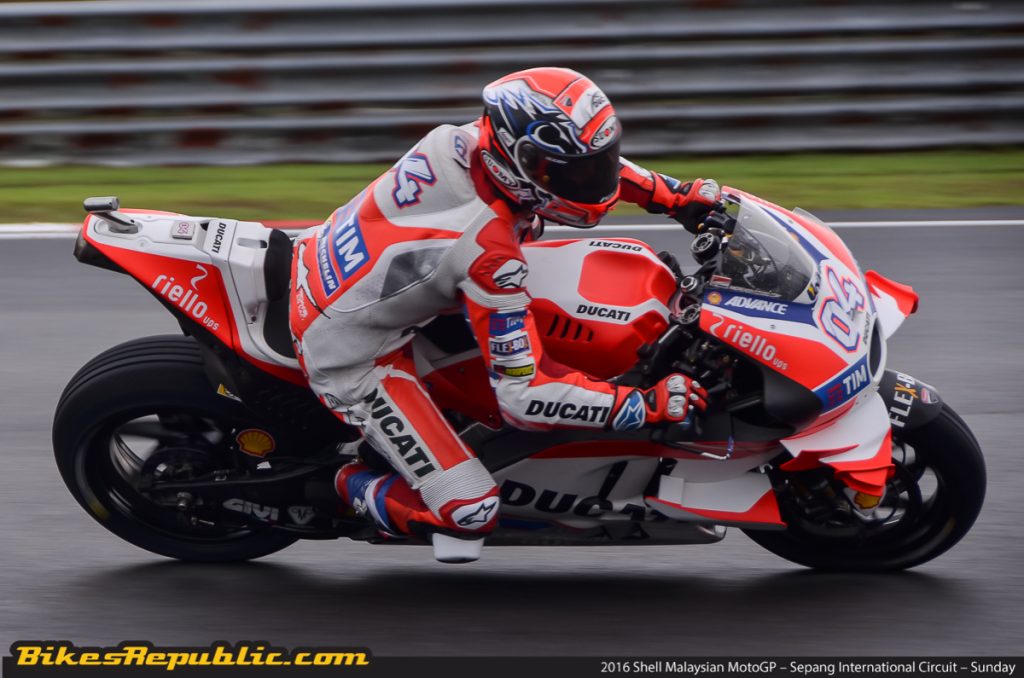 How Is Race Fuel Different?
Contrary to popular belief, race fuel isn’t super-high-octane juice. FIM regulations for MotoGP and Superbikes only allow fuels between 95 and 102 RON. They are really not a world apart from the octane of petrol we buy at the pump. In fact, race teams want to use the lowest octane fuel they can get away with, as a side effect of high octane is having slow combustion.

The big difference between race fuel and regular consumer petrol is that fuel companies work closely with race teams (such as Shell Advance with the Ducati GP team) to develop a bespoke fuel for a specific bike’s demands, which change from day to day. Regular unleaded petrol has to work in a variety of vehicles and conditions.

In other words, nicking a drum of Desmosedici fuel for your road legal steed won’t magically increase power. So stick to the manufacturer’s petrol recommendations which you’ll find in your booklet and save the extra cash for other things such as safety gear. Also, it’s safe to mix and match regular and super fuel if you want to or if you don’t have a choice.