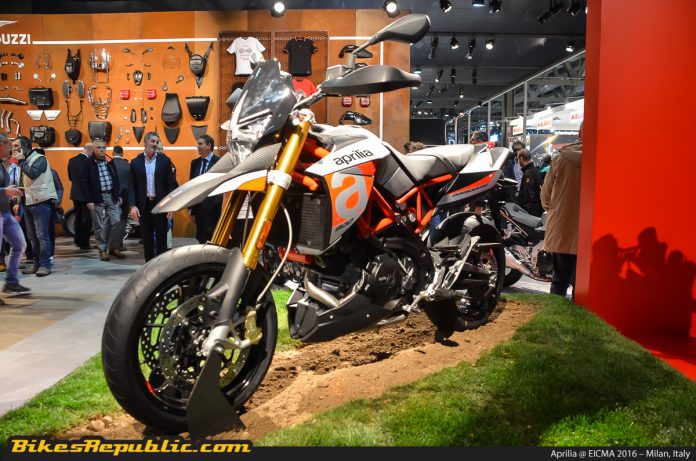 Whilst Piaggio Group created shock – literally! – with its Vespa Elettrica concept, its other brand Aprilia also created buzz with two new offerings. Here’s what we garnered from Aprlia @ EICMA 2016. 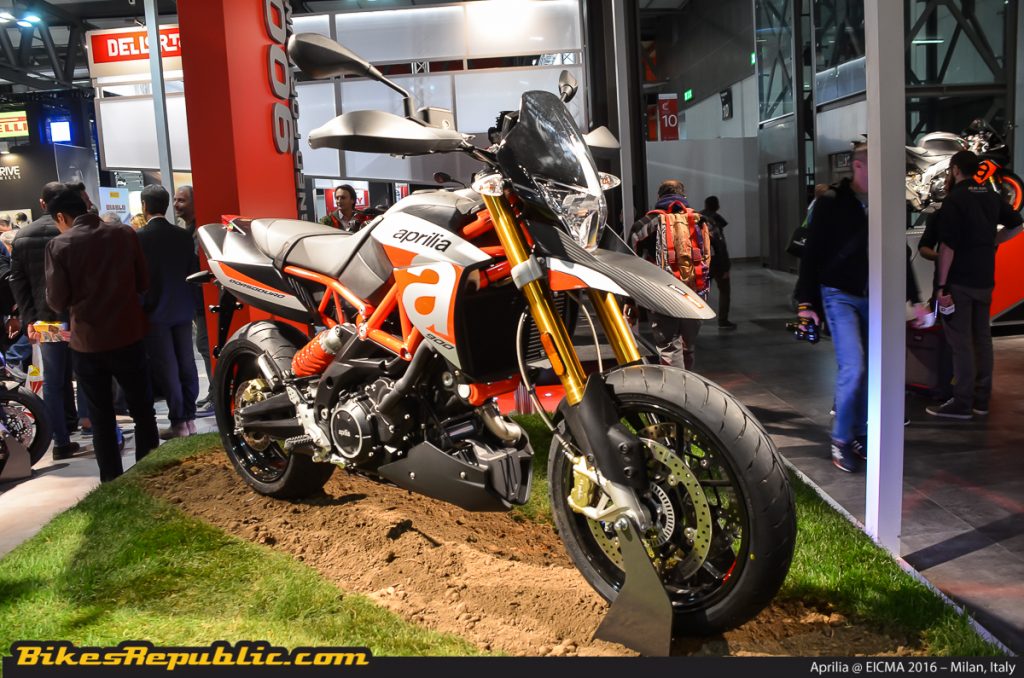 Dorsoduro 900
We’ll start off with the Italian marque’s new Dorsoduro 900 supermoto. Replacing the outgoing Dorsoduro 750, capacity has increased thanks to its new and Euro 4-compliant liquid-cooled 896cc DOHC 90-degree V-twin that makes 95hp and 90Nm. 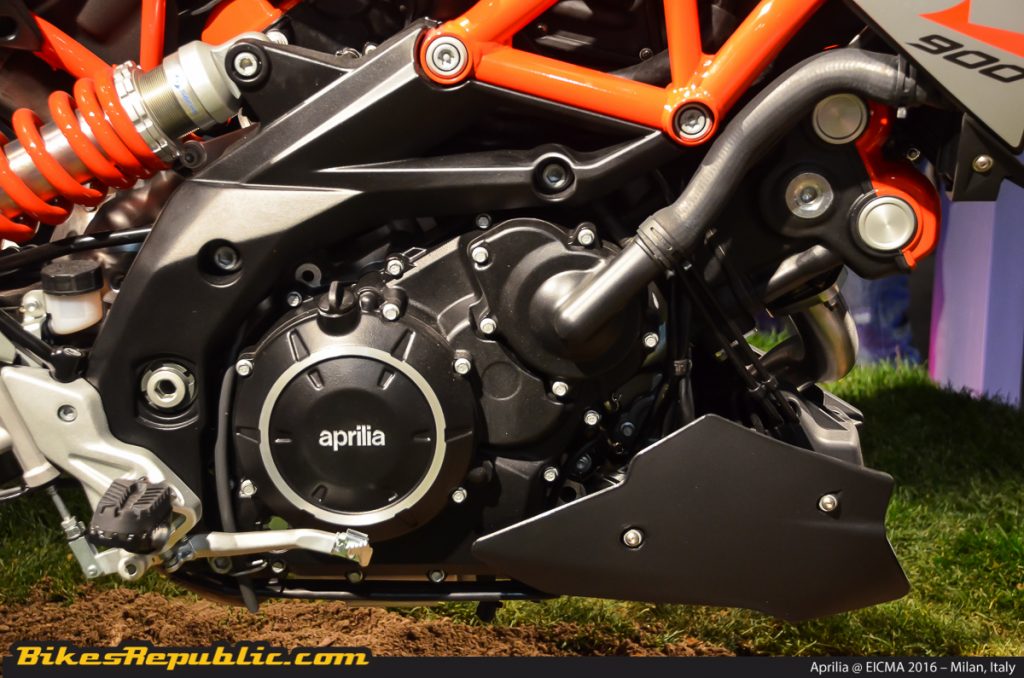 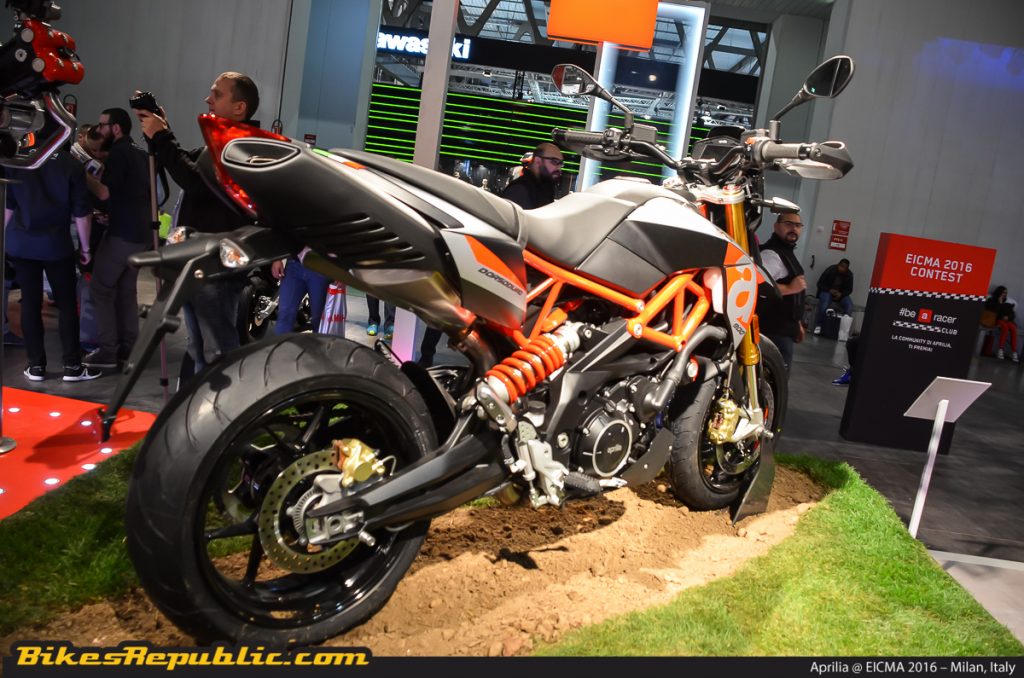 Weight has been reduced thanks to the new wheels, lighter new Kayaba front forks with adjustable rebound damping and preload, as well as the aforementioned ride-by-wire suite. 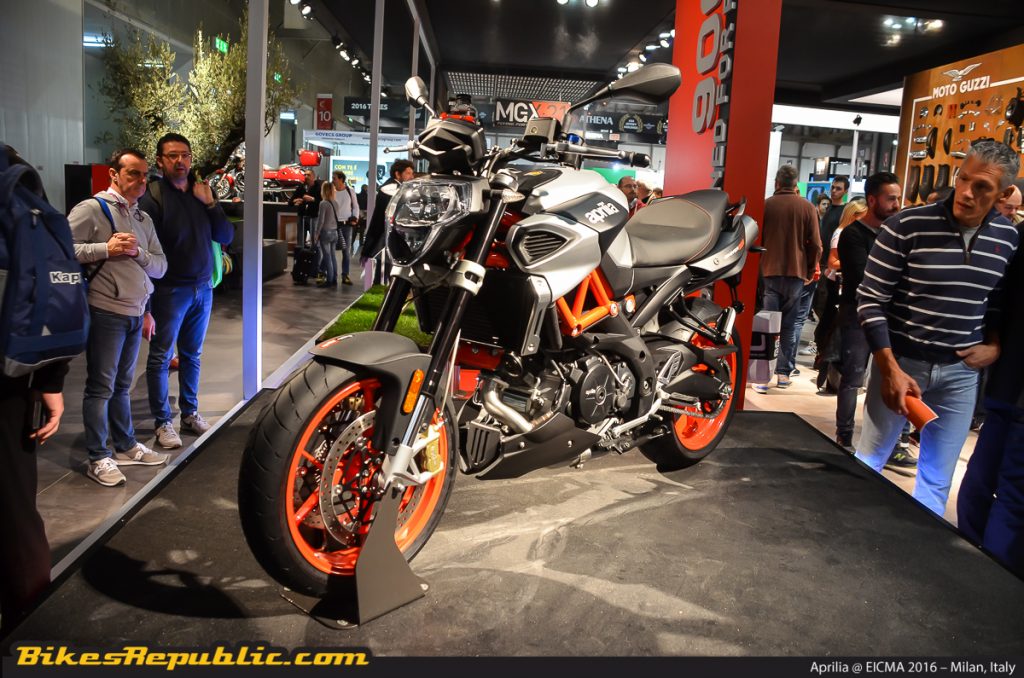 Shiver 900
Next up comes the new and updated-for-2017 Aprilia Shiver 900 naked that replaces the outgoing Shiver 750 model. At the core of this update is the same new Euro 4-compliant liquid-cooled 896cc DOHC 90-degree V-twin powering its sibling the Dorsoduro 900. 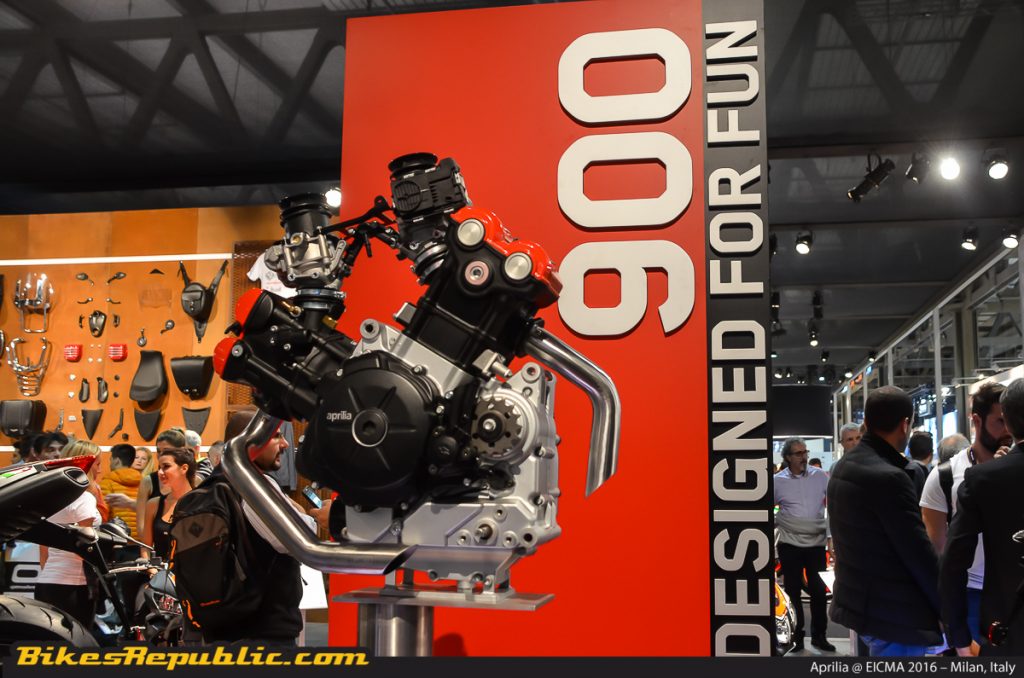 Ride-by-wire was already a core feature of the outgoing Shiver 750, but the new Shiver 900 now adds traction for the first time on top of that. Also new here is the TFT digital instrument display panel with adaptive background and font colours to boot. 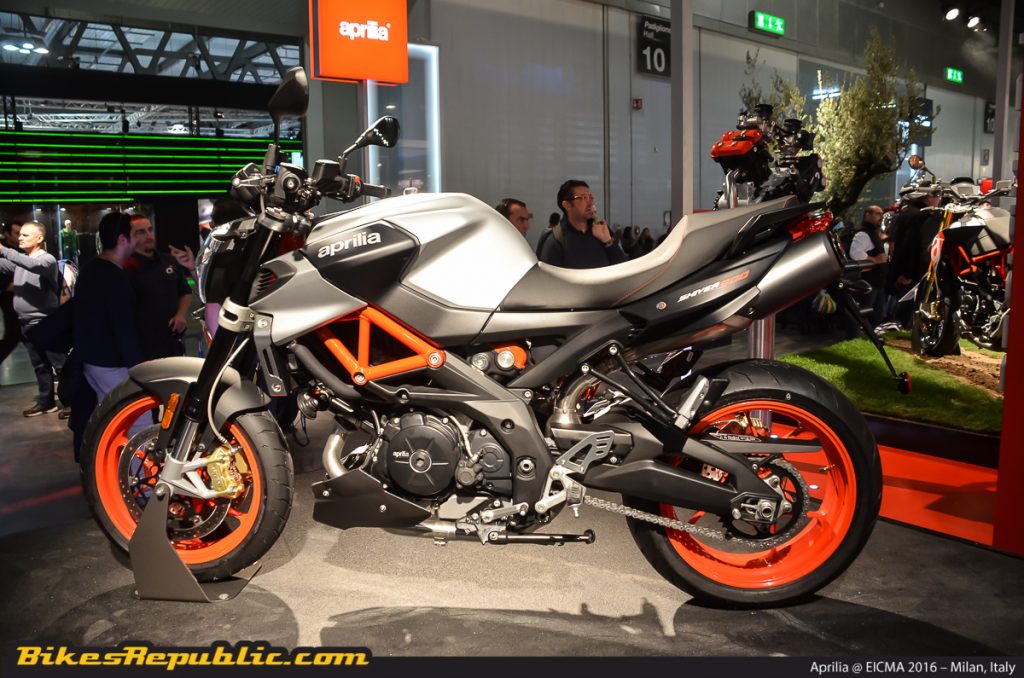 Aesthetically, there’s plenty of small changes all round. Much of which lie in the new side covers, tank covers, tail fairing and front mudguard. The chassis, on the other hand, gets new 41mm Kayaba front forks and new wheels too. 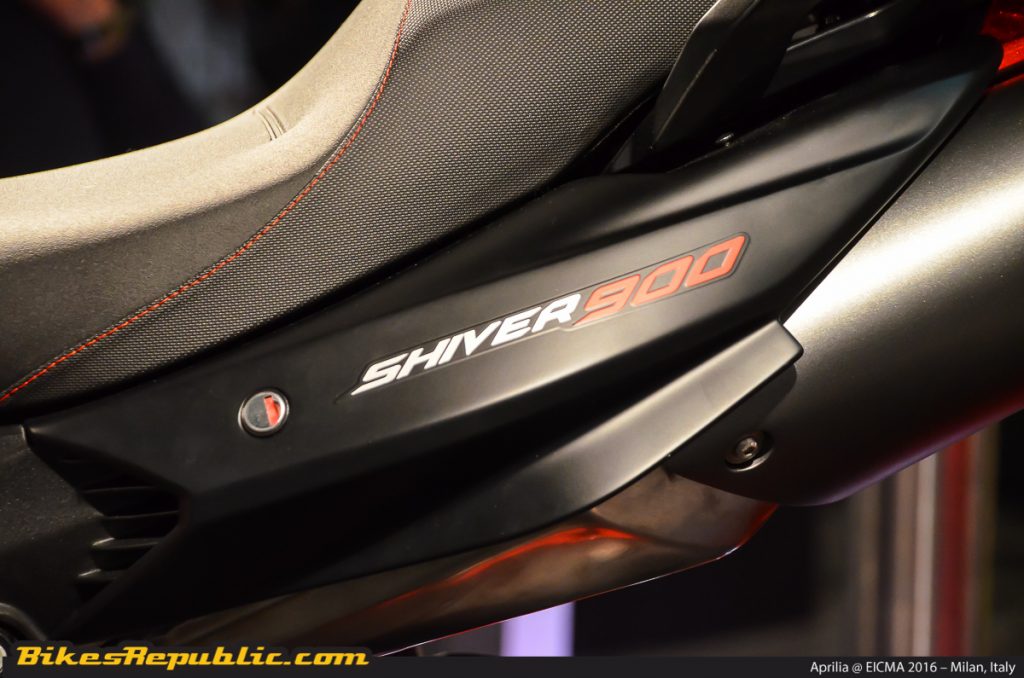 All in all, the Shiver now looks bolder and gets a little more power over its predecessor in 2017. Check out more images in the gallery we’ve prepared below.