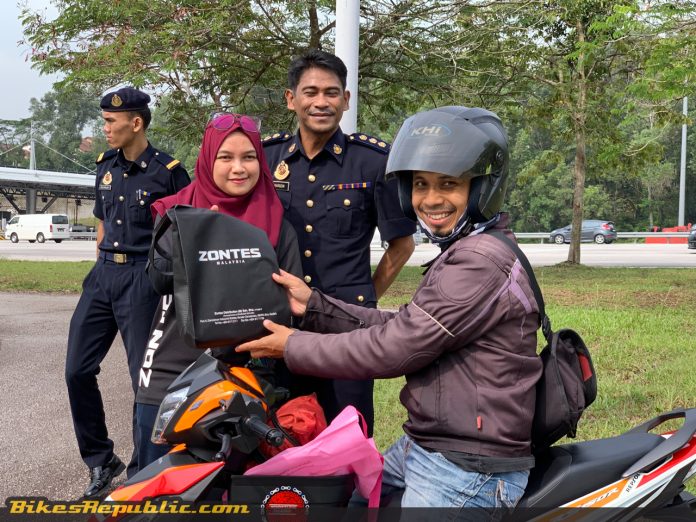 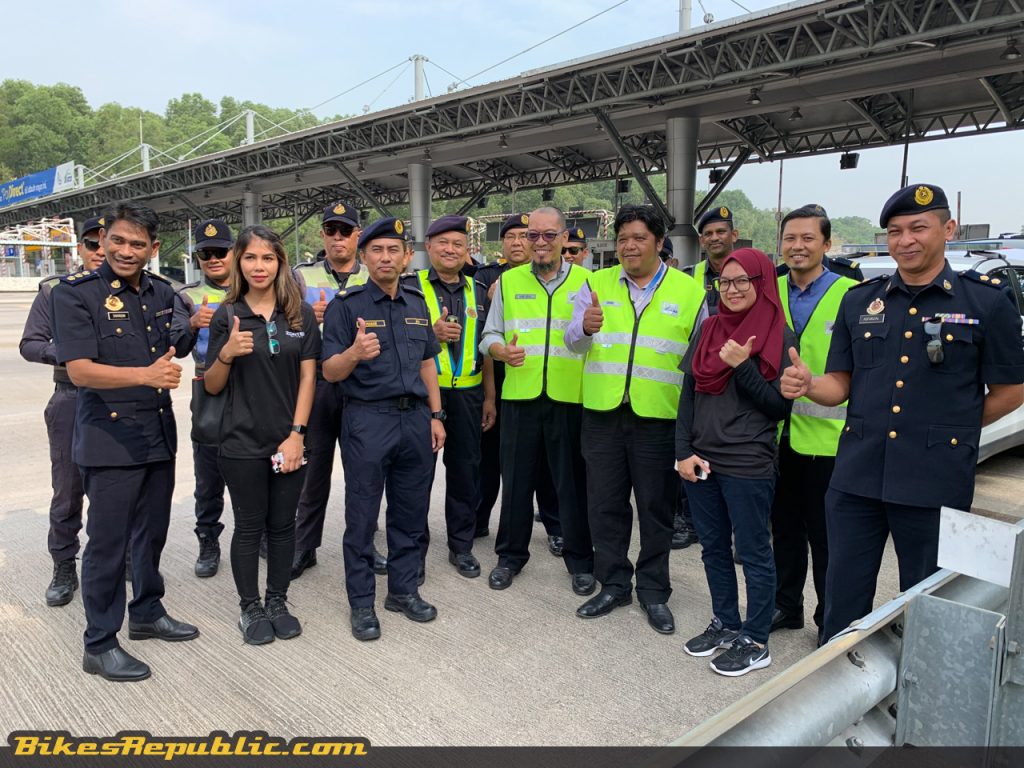 Drivers were wished Selamat Hari Raya and to drive safely during their journeys back home for the celebrations. They rather surprised that to receive such packages from the JPJ. Many had expression of doubt and even fear when they saw JPJ officers waiting at the toll booths. 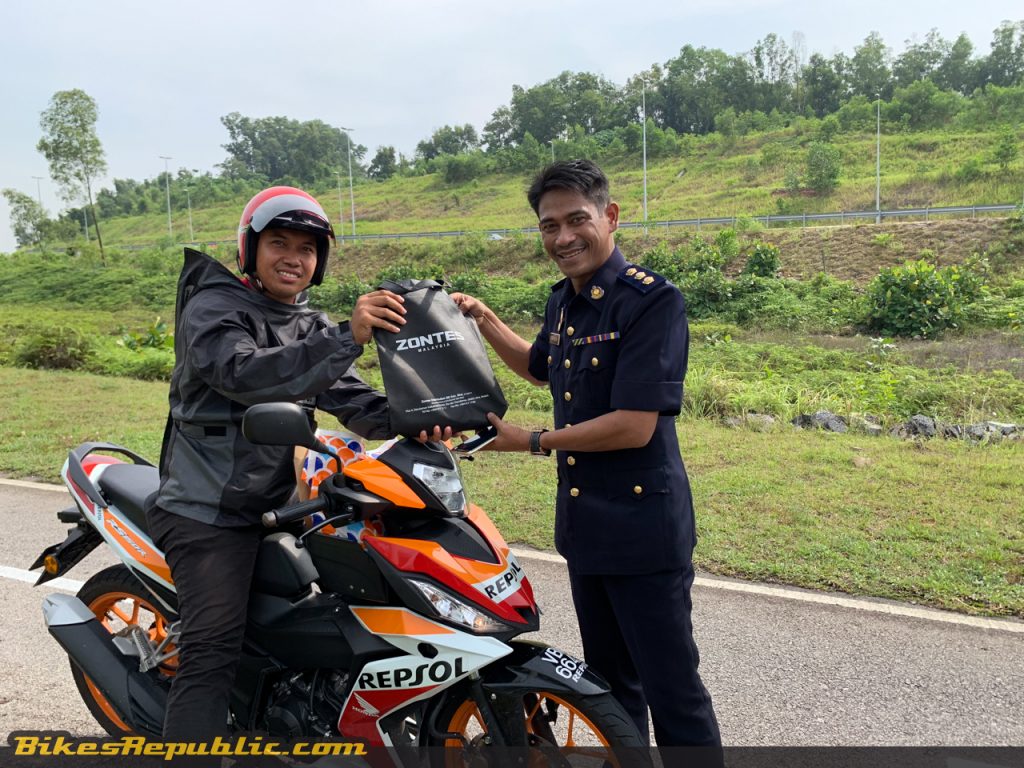 Indeed, many motorcycles were using the main carriageway instead of the fully-functional motorcycle lane. A number of riders made illegal U-turns against the traffic upon seeing the officers. Some even sped past the officers when waved to stop to receive packages It was an embarrassing and frustrating scene for those present at the event. 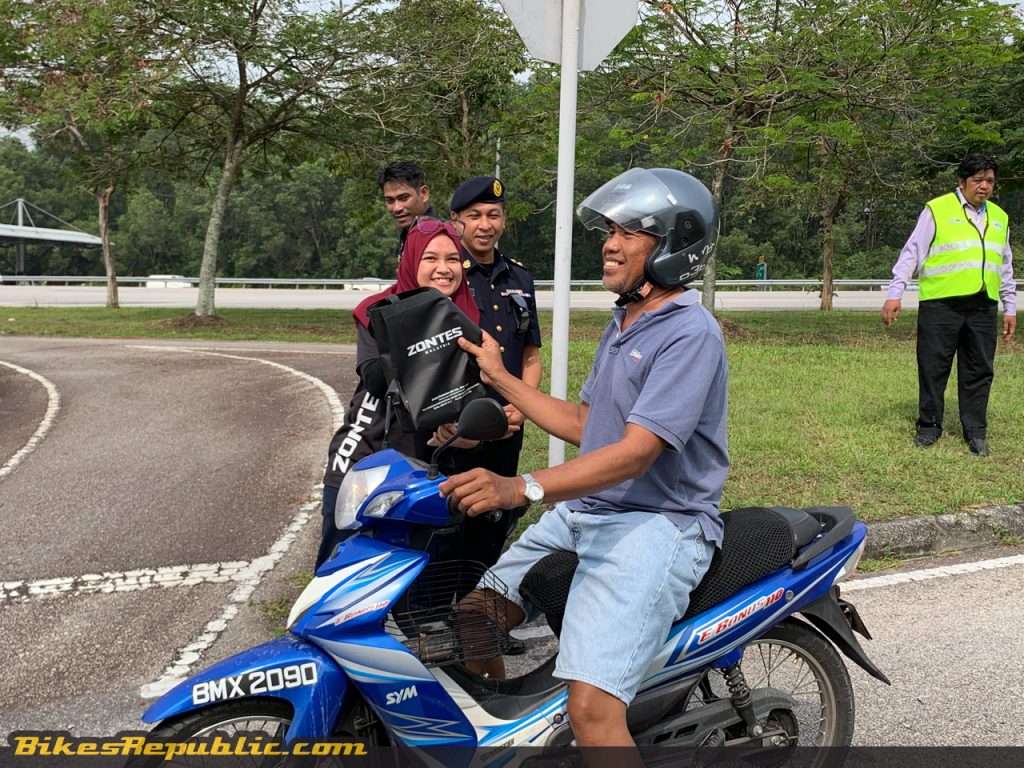 However, those who did use the motorcycle lanes received the packages and a well-earned pat on the back by the JPJ officers, besides being wished a good journey. 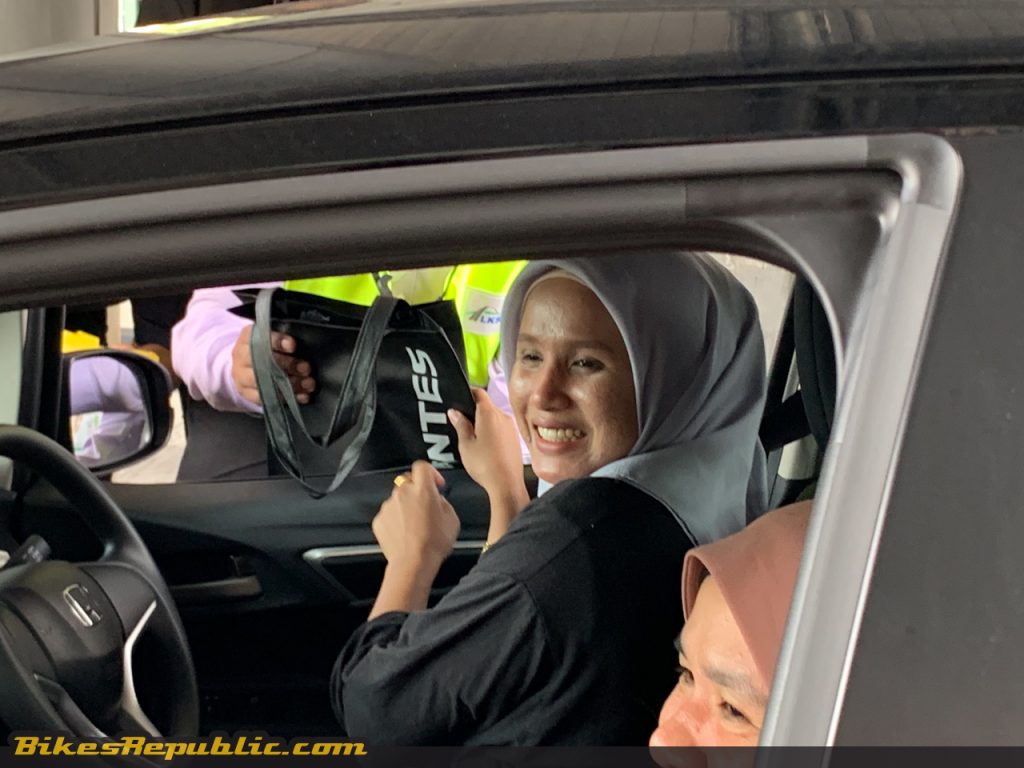