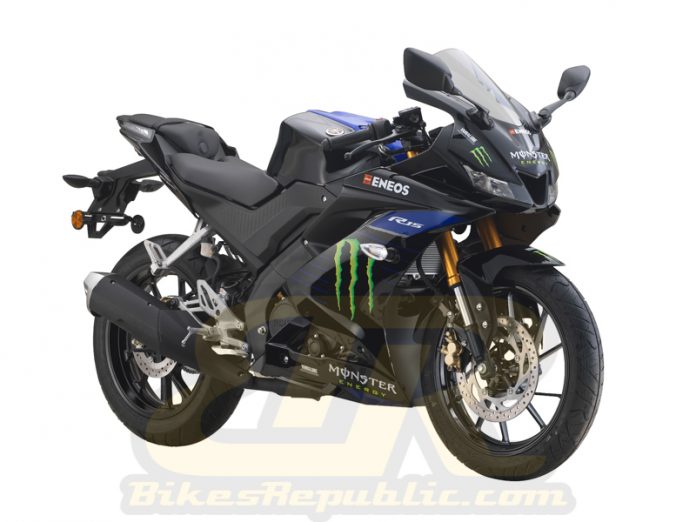 Yamaha has always transferred their MotoGP liveries to their motorcycles in many markets including Malaysia. That started long ago with the 135 LC, then the Y15ZR, YZF-R25 and now the YZF-R15 (R15). 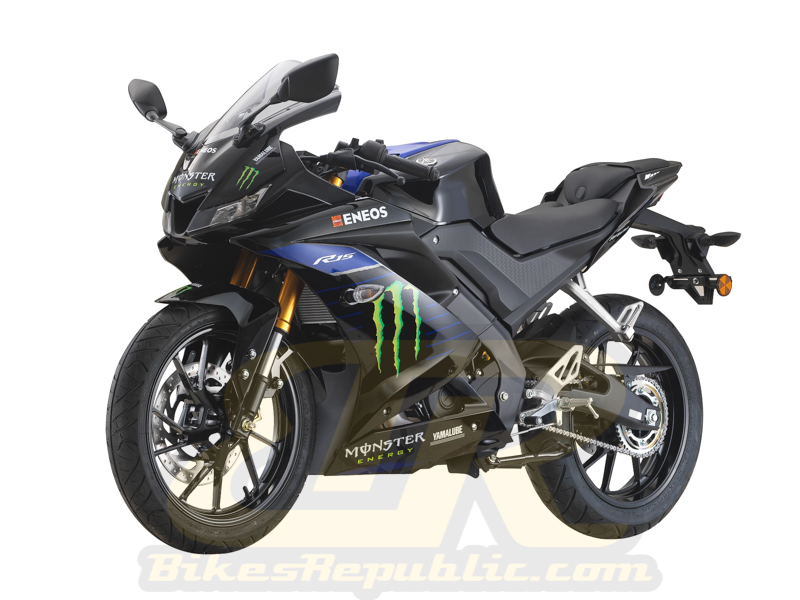 The Monster Energy GP edition was launched in the UK on the YZF-R125 months ago and it was high time for our turn. 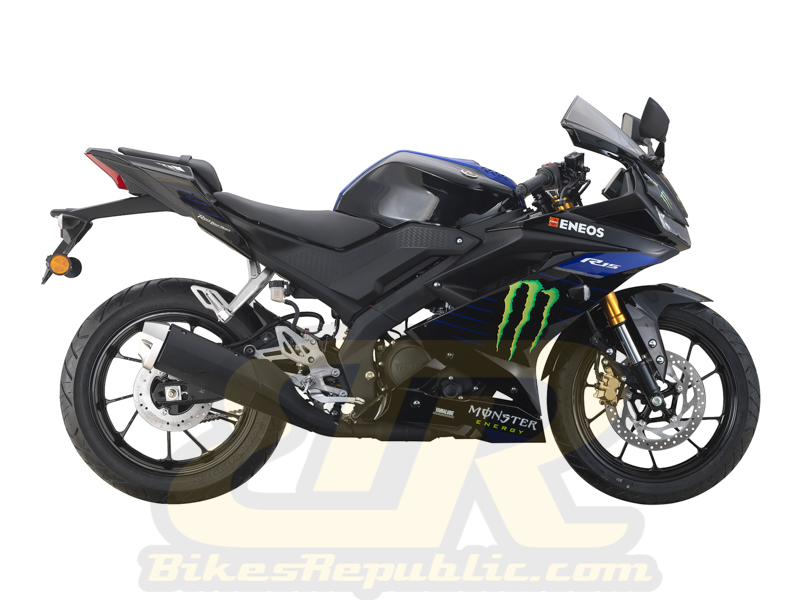 What makes it special this time is the Monster Energy livery which was replicated by enthusiasts on their own. It was said that the Monster Energy sponsorship in MotoGP was brought along by Valentino Rossi. The energy drink sponsored him since the Movistar days. 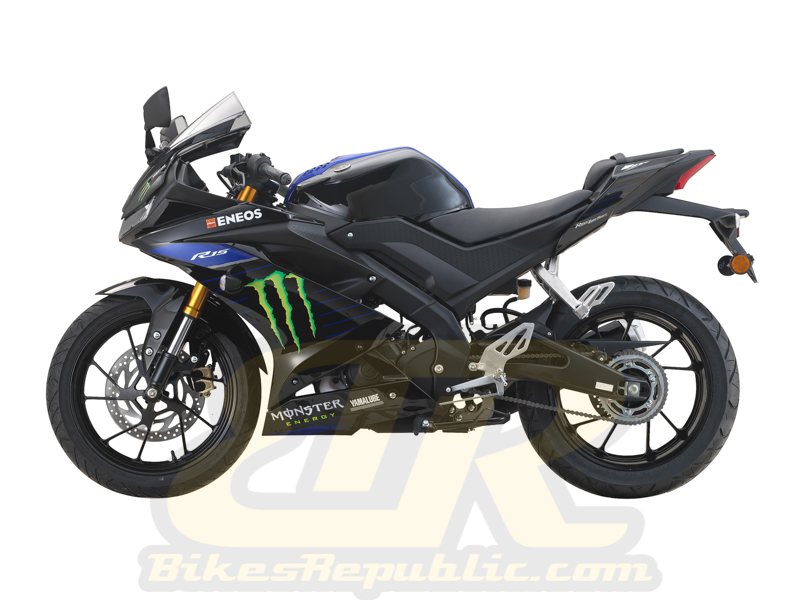 The bike is mechanically identical to the standard R15. We found the standard bike good enough already anyway, so there’s no sense in disturbing its equilibrium. 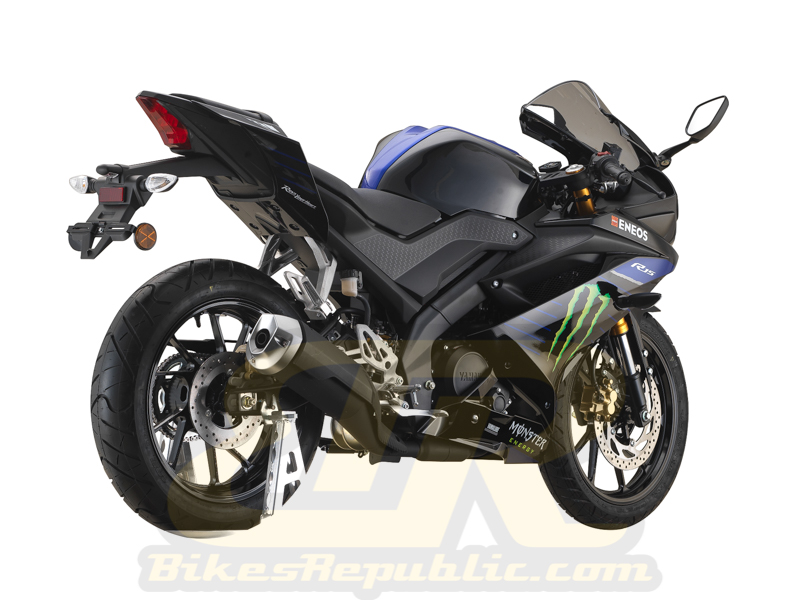 However, to those who’ve not ridden the R15, the upside-down forks, chassis and 155cc VVT engine produce a lively and entertaining ride. You could even knee down in corners if ridden well. 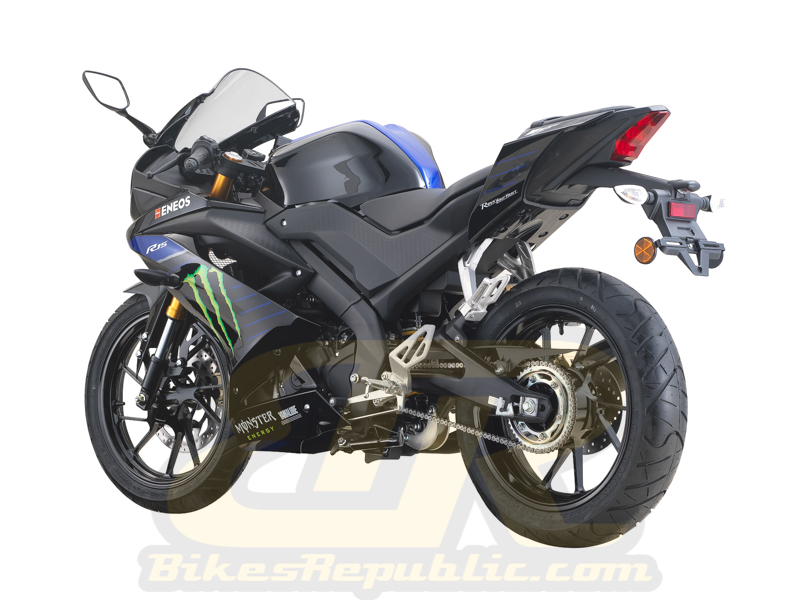 The recommended basic selling price is from RM12,618 (not including road tax, insurance and number plates). 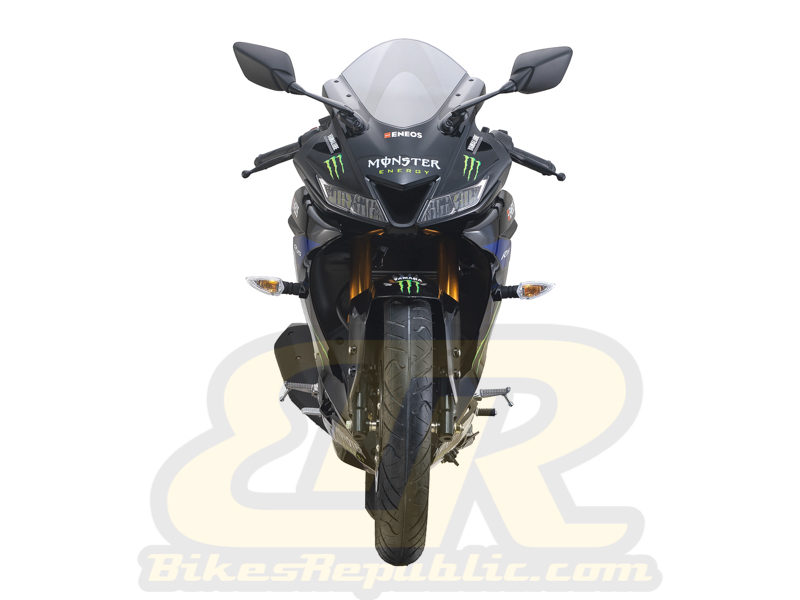