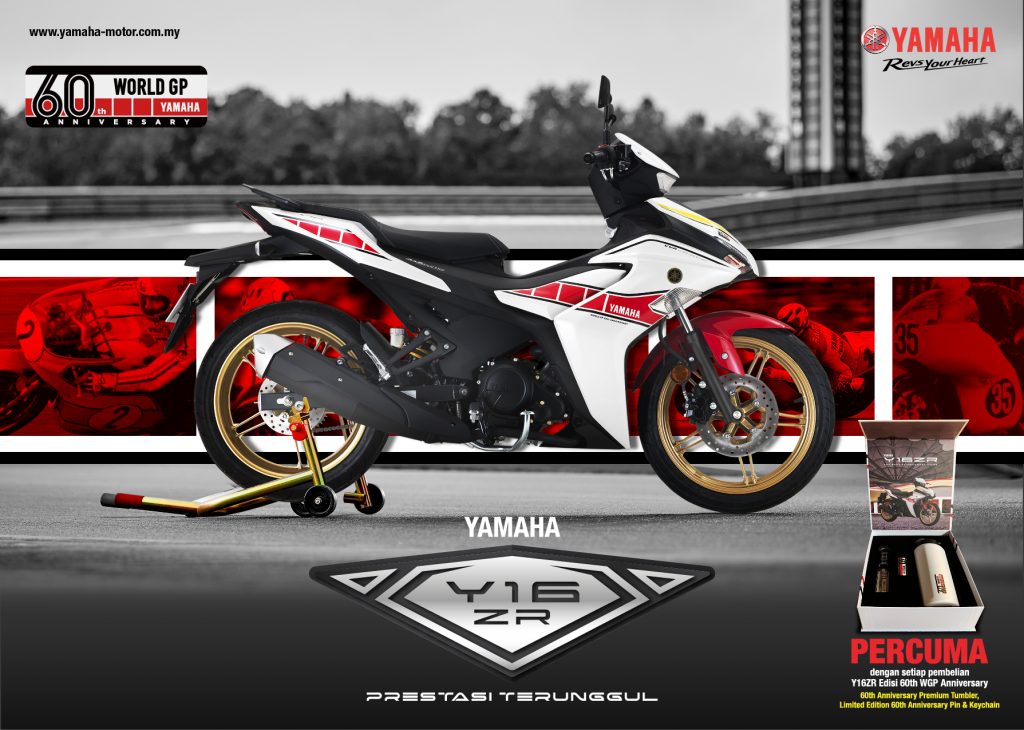 Aptly, this livery pays homage to the Iwata-based manufacturer’s involvement in Grand Prix motorcycle racing that started six decades ago in 1961.

In this edition, the Y16ZR comes decked out in the Red-and-White iteration of Yamaha’s signature ‘Speedblock’ race graphics design. It also gets gold-finished alloy wheels plus customary 60th anniversary badges.

Apart from that, this is fundamentally the same Y16ZR underneath, so you still get a liquid-cooled 155cc SOHC quad-valve single-cylinder with VVA  thumping out 17.7HP and 14.4NM. All that goes to the rear wheel via a 6-speed transmission primed with an assist and slipper clutch module too.

According to HLYM, the firm plans to offer just 5,000 units of the Yamaha Y16ZR in World GP 60th Anniversary Edition form locally. As for price, this edition carries the same base price tag as the ‘Doxou’ edition, which reads at RM11,688 – an additional RM1,000 over the normal Y16ZR .

Adding to the occasion, each Y16ZR World GP 60th Anniversary Edition purchase will include a ‘Certificate of Appreciation’, plus an exclusive matching ‘premium’ tumbler and keychain set too. These, by the way, come on top of the free disc lock HLYM already includes with each Y16ZR purchase. 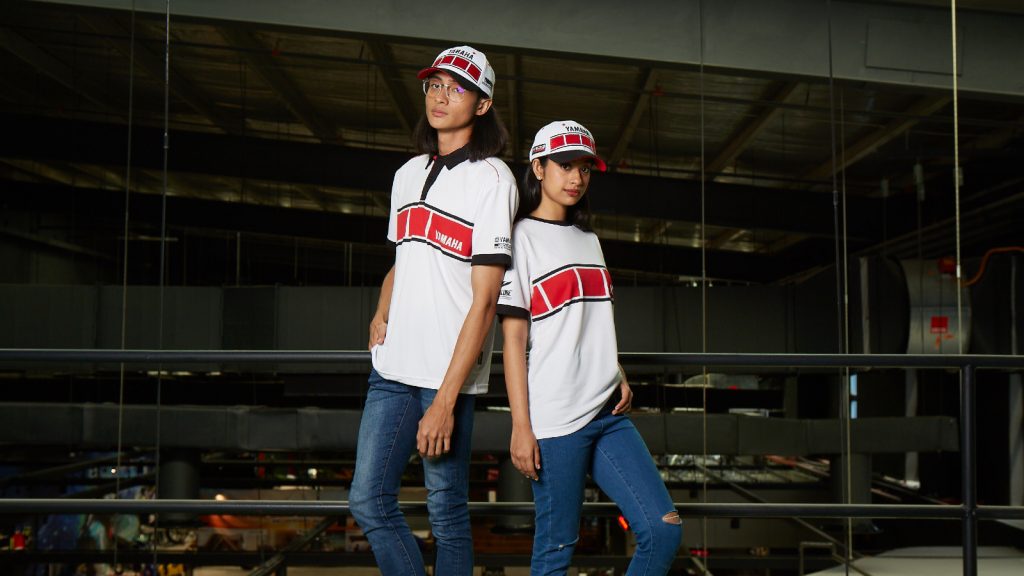 Besides this, HLYM also has a series of World GP 60th Anniversary collection apparel now available in through the Genblu Online Shop. This range or merchandise features things like tee shirts, polos and caps featuring the Red-and-White Speedblock livery as well.