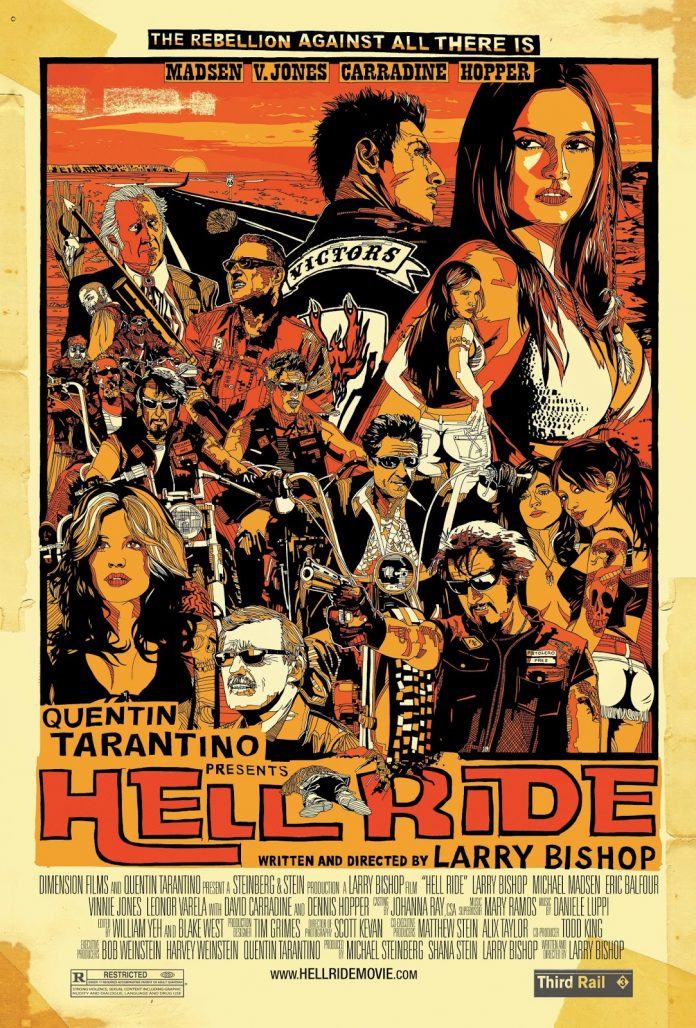 As I sit here, grounded at home this weekend due to a babysitter who’s probably kidnapped by aliens (no show, no answer. I hope they run “experiments” on her), so all I could do is to watch a motorcycle movie (after posting this article, of course). 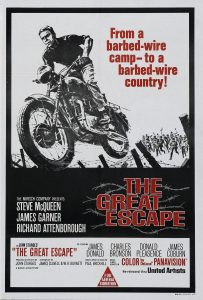 There are many memorable bikey movies, of course. The first ones to spring to mind are classics such as The Wild One (1953), The Great Escape (1963), Easy Rider (1969) – which had also launched the song Born to be Wild into a cult stature. Others are full-length documentaries such as On Any Sunday (1971) or the masterpiece Why We Ride (2013). 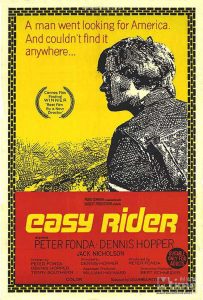 I’m no film critic, but I can sure tell a good movie from the likes of lying babysitters! It seems that the producers had wanted to capitalize on this mysticism of motorcycles and the human desire for conspiracy, and ended up creating some of the worst, not only bike movies or bike scenes, but truly bad movies. 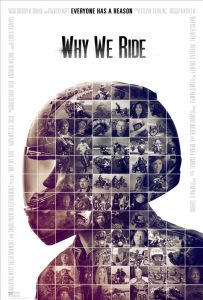 So, should you get stuck at home this weekend while your buddies are hammering around Karak, here are the biker “movies” you should stay away from.

You know what? I’m getting tired of watching movies that “portray” biker gangs as nothing but uncouth and unwashed barbarians. The Wild Angels was the start of it all. Well, you may argue that the rebel biker movie began from The Wild One, to which I agree, but The Wild One didn’t have Marlon Brando and gang sexually assaulting women everytime they got off their bikes. 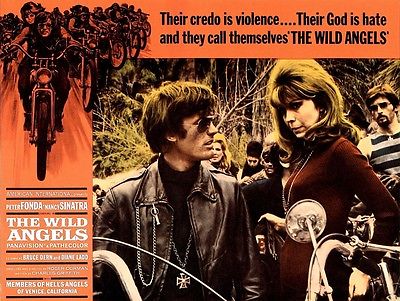 The studio, American International Pictures (AIP), was interested in making a movie about an outlaw motorcycle gang after seeing a Life Magazine picture of a Hell’s Angels funeral. They then approached director Roger Corman to helm the movie.

Peter Fonda plays the Prez of the fictitious Hell’s Angels San Pedro chapter, along with Nancy Sinatra (yes, the daughter of Frank Sinatra) as his squeeze.

The movie consisted of nothing else but drugs, alcohol, fights, sexual assault, scrapes with “The Man” (cops) and loud choppers being trashed around.

Film critic Leonard Maltin called the movie, “Ok after about 24 beers.” It opened in the 1966 Venice Film Festival to tepid response. Corman revealed in a 2009 interview that the US State Department had attempted to block The Wild Angels from being shown in Venice, citing that it “did not show America the way it is.”

Panned by both critics and audience, Hells Angels on Wheels tells the story of a gas station attendant who finds a “more interesting” life after joining the Hell’s Angels outlaw motorcycle club. 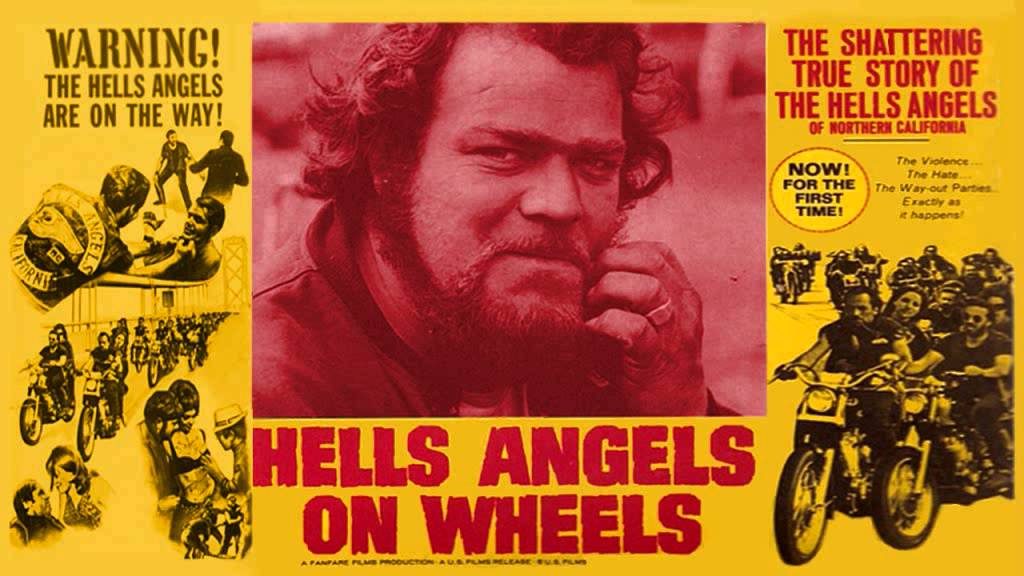 Yes again, another motorcycle outlaw club flick. It makes you wonder what other motorcycle movie theme did the studios come up with in the 60’s and 70’s apart from Easy Rider.

Hells Angels on Wheels had bad dialogue, no real plot, bad acting, crappy music – just more senseless fights, alcohol, drugs and all that. Most biker audiences couldn’t even watch it past 30 minutes. Most were also surprised that the great Jack Nicholson was in this movie.

Notably, however, was the cameo of Ralph “Sonny” Barger, the president of the Oakland, California chapter of the Hell’s Angels in the film. He was credited as a consultant.

She-Devils on Wheels tells the tale of a gang of Harley-humping ladies known as the Man-Eaters, vicious vixens with an appetite for “riding” (the other variety) and an even bigger craving for carnage. These hardcore honeys ride around in pastels and Capri pants, race for their pick of available studs, and generally cause havoc in small towns. 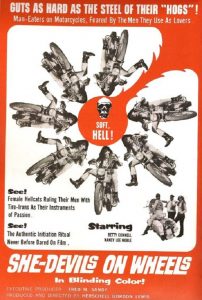 Nothing much really happens in the film. Director Herschell Gordon Lewis frequently leaves his camera stationary as the girls mill around their parked bikes, chattering inaudibly about nothing in particular and keeping the plot from going anywhere. The vaunted races were remarkably slow-paced. The fight sequence between the Man-Eaters and a male hotrod gang was poorly shot and specific shots and soundbites were repeated multiple times. There´s a dull, unappealing orgy scene involving the mostly fully clothed Man-Eaters and of male groupies who apparently wait around all day in a rundown house for the bikers to come and get serviced.

Even the best scenes of a gang member dragging her helpless boyfriend around behind her bike to prove her loyalty, and high-speed decapitation by a metal wire can´t rescue the film from fatal monotony.

Few of the cast members of She-Devils on Wheels went on to appear in any other film, and it´s not hard to see why.

This movie starred rapper Vanilla Ice, who’s become the butt of everybody’s white-boy jokes. The studio had hoped to capitalize on his fame at the time and came away with a dirty snowflake, instead. 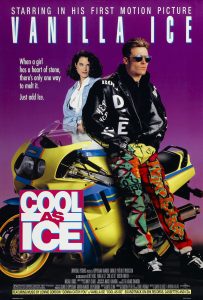 Loosely based on James Dean’s Rebel Without a Cause, the story follows Johnny Van Owen, the leader of a motorcycle gang (again), who’s also a rapper travelling from town to town, who fell in love with Kathy, a girl whose family is under the Witness Protection Program.

While Vanilla Ice performed all the stunts himself, his acting was so stiff they might’ve just used a block of ice (pun intended). And it’s downright criminal to have used that beautiful Suzuki GSX-R1100 (M) in this movie!

Word has it that the role of Kathy was first offered to Gwyneth Paltrow but her father forbade her as he believed it may hurt her future career. So here’s a good example why girls should listen to their Dads!

The movie’s plot is bad to start with: A man fights for respect on the streets, to be Numero Uno. More like Fast & Furious on motorcycles. It even starred Laurence Fishburne, for goodness sake! 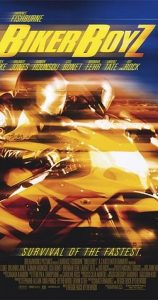 To its credit, Biker Boyz was well-made artistically, with great music, cinematography, action shots and beautiful bikes but it starts to meander into something similar to Lost.

But worse was how us bikers would be portrayed to plebs who have no idea about motorcycles and motorcyclists, much like those reality vs. what others think I do memes.

Check out this infamous “Joyride” scene.

Nevermind about a couple of them wearing café-racer style helmets on sportbikes, but no glove, pulling stunts on public roads, etc., leaves us to decry why we bikers get no cred, yo.

A biker named Cory decided to stow away bikes with crystal meth hidden in their fuel tanks. Sure enough, those bikes belong to the drug lord, Henry. You’d think they’d name a drug lord with something sinister – like, Spider, or Diablo, or your spouse’s name – anything than the guy who files your taxes. 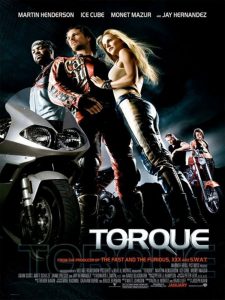 Anyway, Henry (groan) kills Junior (I give up!), brother of Trey, who’s the honcho of a malicious biker gang called The Reapers and blamed it on Cory. So begins chases by Henry’s henchmen, The Reapers, and the FBI.

Doesn’t sound so bad, does it?

Well, wait till you watch this battle scene between Cory’s squeeze and another female biker.

The producers had no qualms about promoting PepsiCo’s products so much throughout the movie; one wonders why the actors don’t just wear A-boards in every scene.

Promoted under the “Quentin Tarantino Presents” banner, there were lots of hope for Hell Ride, because not only was it produced by the Tarantino who directed Pulp Fiction, Kill Bill, Inglorious Baterds, Hell Ride starred legends such as the late-Dennis Hopper, late-David Carradine, Michael Madsen and Vinnie Jones, too. 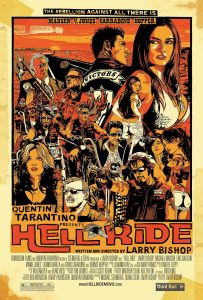 Director Larry Bishop, who acted in the film as the protagonist, had wanted to create a gritty revenge tale as an homage to the classic biker gang films, but ended up creating a convoluted droll, complete with clichéd dialogue and senseless violence.

The Dhoom movies were certainly entertaining, as reflected in their success at the box office. Packed with over-the-top stunts, races, acrobatics, gadgets, explosions, chases, hot chicks, music, cool bikes, and more hot chicks. What’s there to not like, right? 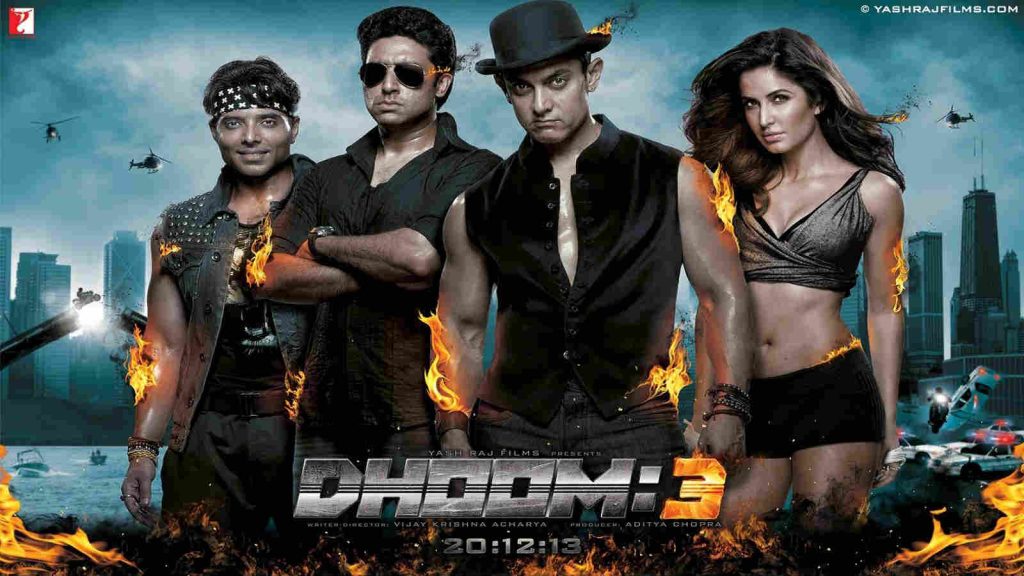 Sure, I personally don’t mind leaving logic at the door to just enjoy a movie, but I wouldn’t stand my intelligence being insulted when it comes to scenes involving motorcycles. Like how a bike brakes from 60 to 0 mph in 0 second without throwing the rider off and snapping everything on the bike. Or riding at speeds above 120 mph without helmet and sitting straight up. Or when a bike rides a tightrope between two buildings.

Please Bollywood and Hollywood, some realism when it comes to bikes. 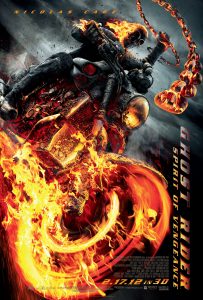 Let’s not even talk about the plot of the movie. It all descended into a morose, clumsy and messy affair. Most fans walked away disappointed, and pointed out that it Eva Mendes was who was on fire, not Cage and the Ghost Rider. Cage’s performance earned him a Razzie Award nomination for Golden Raspberry Award for the Worst Actor.

Yet, the first movie was mysteriously a box office success, earning $228.7 million on the back of a $110 million budget, which encouraged the studio to spawn an even more hellish sequel called Ghost Rider: The Spirit of Vengeance.

Reception for the sequel was even worse, with campy CGI and terrible acting throughout. Cage went on to win the Rasperry Award for the Worst Actor and the film won the Raspberry for Worst Remake, Rip-off or Sequel.

We leave the worst for last.

Sure, sure, the 80’s was full of cheesy movies, but Megaforce has to be the Limburger (Google “limburger”) of the lot. Heck, even Hong Kong movies of that era had better special effects, acting and dialogue. 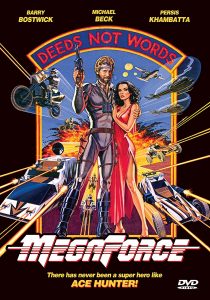 Megaforce follows the story of a crack military team which is called upon to save democracy of a small nation, led by the protagonist complete with a hair band. And yes, while it’s not a motorcycle movie per se, there is one scene that threw this so-called “movie” into the annals of motorcycle infamy.